The Grooviest ROBIN Story in Years Is a Candy Ad

ROBIN WEEK: Shades of the Hostess advertisements of the ’70s and ’80…

I love Robin. There might not be a ROBIN WEEK if I didn’t.

Thing is, a good Robin story is hard to come by these days. This isn’t an anti-Damian thing. Quite the opposite: I think he’s the second-best Robin.

It’s just that DC just isn’t publishing many Robin solo stories — or even Batman and Robin team-ups these days. Instead, he’s primarily in Teen Titans, with an ocasional guest appearance here and there.

So I was absolutely delighted by Snickers’ ad campaign celebrating the 80th anniversary of Batman last year. There was a Golden Age tribute and a Silver Age homage but the best of them was a two-pager that set Batman, Robin and Batgirl firmly in the Disco-era Bronze Age.

The tale had such the right vibe — focusing as it does on Robin and Batgirl — that it was like finding a lost short story from Batman Family. 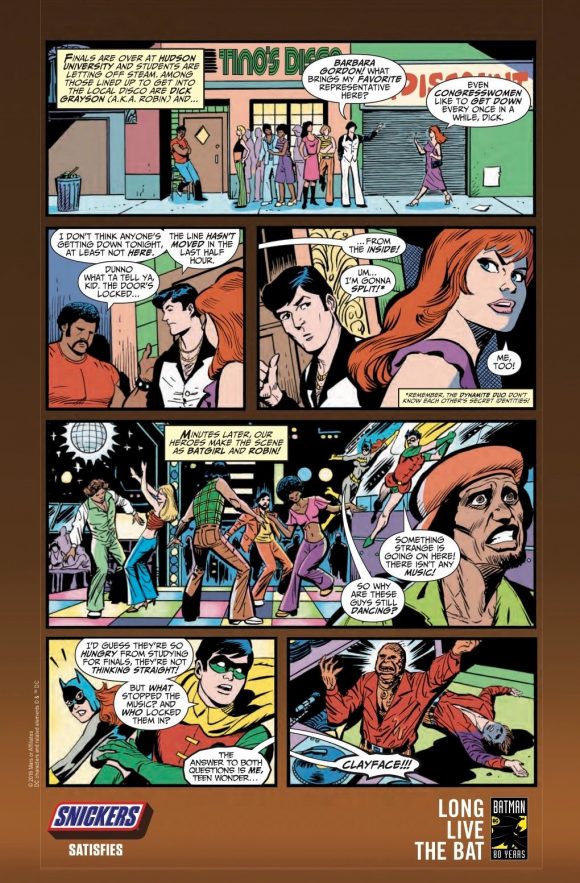 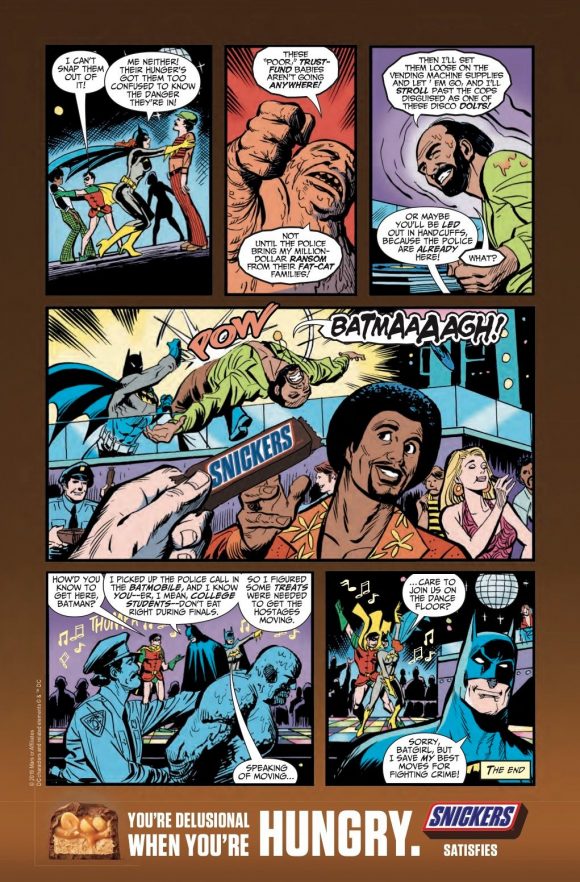 Now, it turns out the artist of the piece was Graham Nolan, who made his Batbones in the ’90s but who also has a healthy appreciation for Bathistory.

“The Bronze Age comics are what I grew up on,” Nolan told me. “It’s also my favorite period for Batman. Researching the Disco clothes was a blast!”

Well he certainly nailed it — especially that final panel with Batgirl and Robin grooving like Tony and Stephanie on the dance floor.

Anyway, what I love about these Snickers ads is that they also work as homages to the classic Hostess advertisements from the same period — and you can click here to check out 13 GROOVY BRONZE AGE DC COMICS HOSTESS ADS.