In the sixth of a series of nine weekly tributes to the great artists of the Silver Age, Arlen Schumer looks at the powerful grace of GENE COLAN.

UPDATED 9/1/18: Gene Colan would have been 92 today. We re-present Arlen Schumer’s tribute, adapted from his excellent book, The Silver Age of Comic Book Art. — Dan

Arlen’s The Silver Age of Comic Book Art is revised and back in print, a lustrously illustrated hardcover, coffee-table book. Across nine weeks we’re serializing excerpts from nine chapters, shining a deserving spotlight on greats like Infantino, Kirby, Adams, Kane and more. 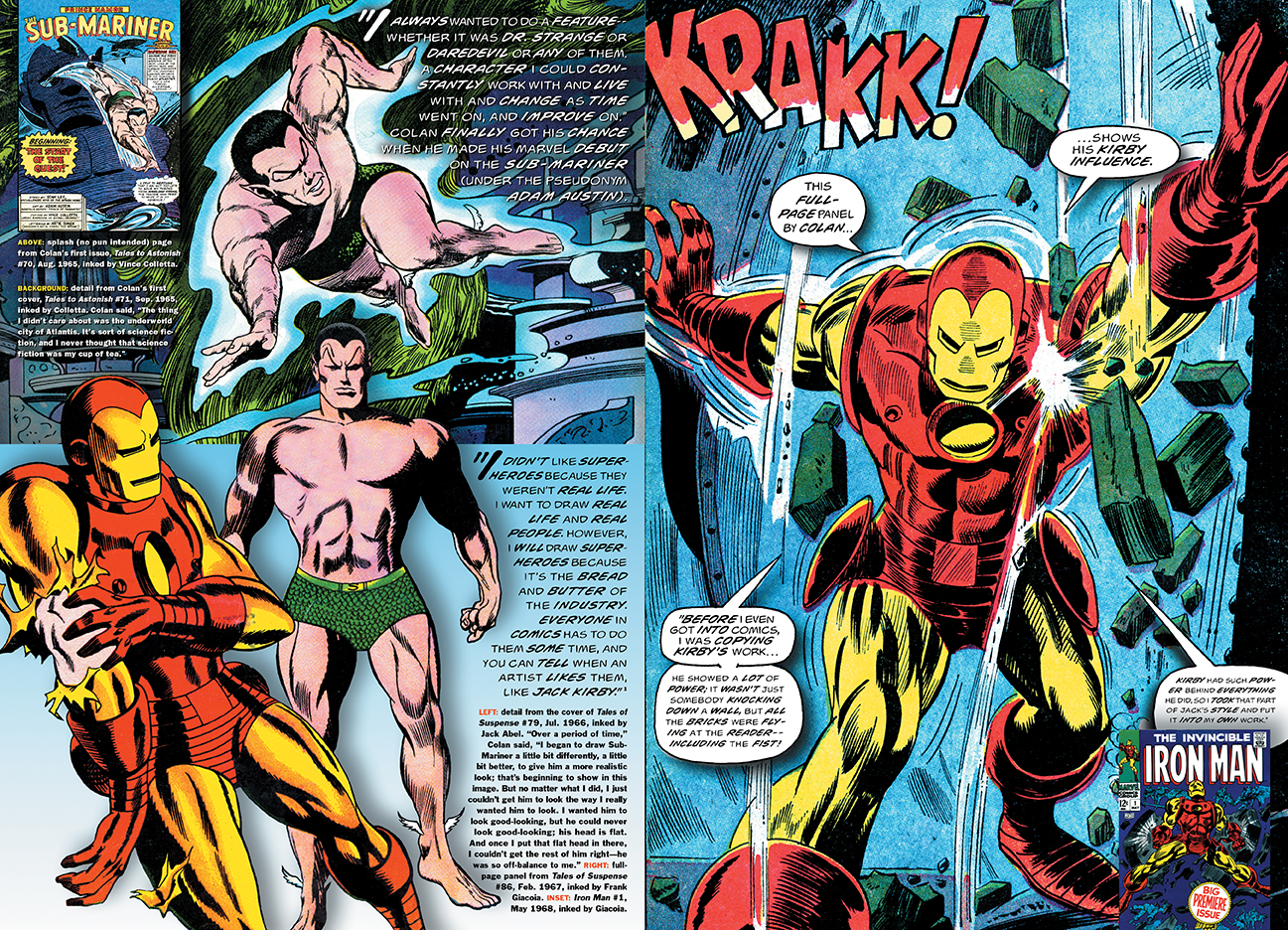 Gene Colan (1926-2011) labored in the trenches of the comic-book industry for years, drawing war and romance comics, but it wasn’t until his arrival at Marvel Comics in 1965, drawing the underwater hero the Sub-Mariner, that Colan’s star ascended. His figures, graceful yet powerful, were perfect for an athletic swimming hero, and gave the character a regal aura that suited his title, Prince Namor. Along with his contemporaries, John Buscema and John Romita, Colan was one of the first Marvel artists to break away from the Kirby look (but only after assimilating his dynamics into his own), which was the company’s de facto house style during the Silver Age.

Originally designed by Kirby as a bulky, gray robot, redesigned by Steve Ditko with the now-familiar red-and-gold armor, and illustrated by other Marvel artists like Don Heck, Marvel’s Iron Man was given to Colan in 1966. He commented, ”The only problem I had in the beginning was getting an expression on his face. I wanted the reader to feel his emotion at times, not just be a metal figure always looking the same. So I took some poetic license. I tried not to overdo it — after all, it is made of metal. I tried to be very subtle with it, add a little humanity to the face.” By turning Iron Man’s mute helmet into a mask of tragedy, imbuing him with the pathos of a man trapped in a prison of armor, Colan forever owned Iron Man. 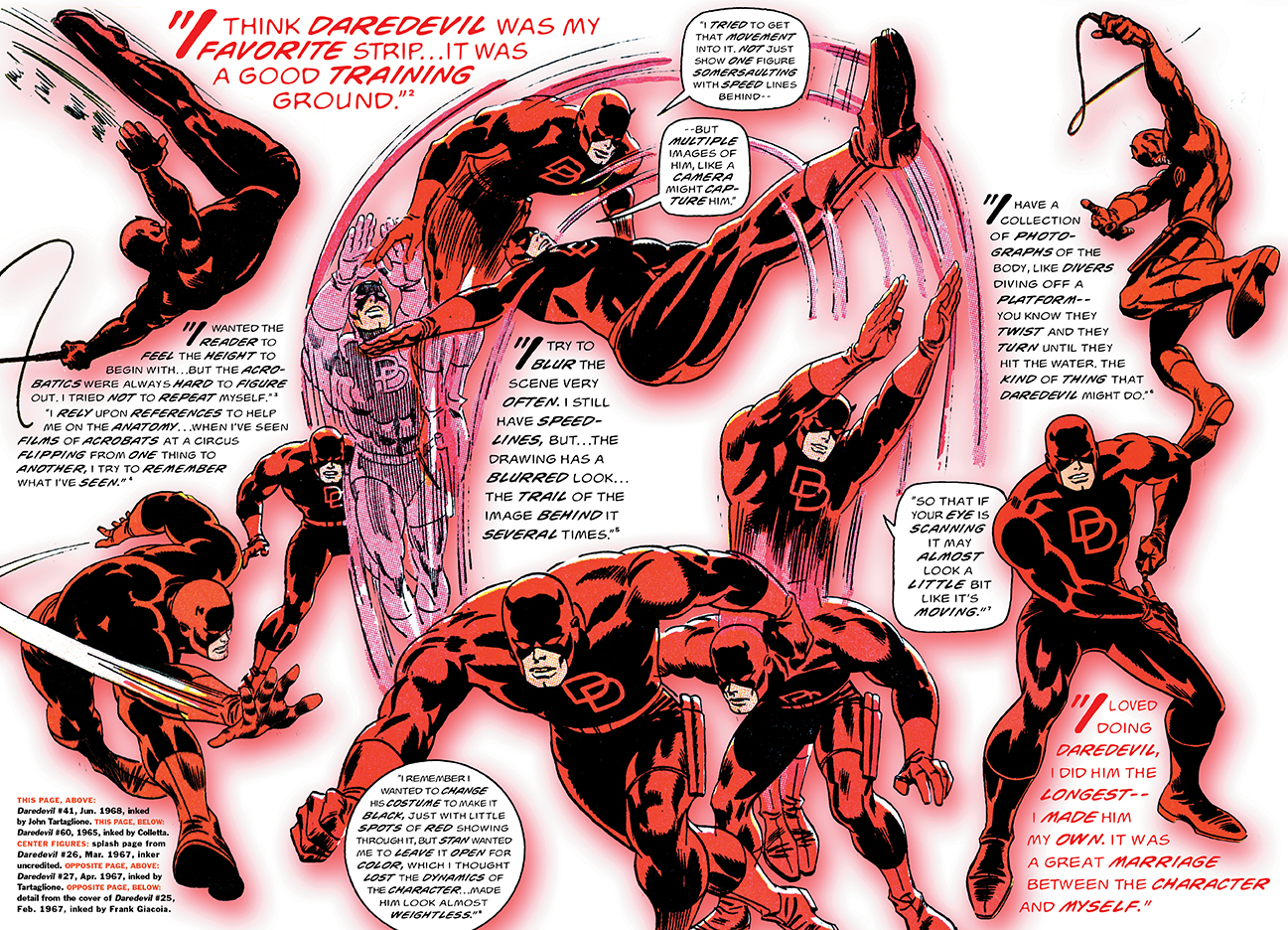 This quality of bringing to superheroes a realistic, human side made Colan perfect for the nascent Marvel style of heroic — yet somewhat tragic — protagonists. The blind hero Daredevil, after a round-robin of artists, blossomed under Colan’s stewardship, because he convincingly depicted the swashbuckling side of the character as well as his civilian alter ego of lawyer Matt Murdock.

And though Colan too, like Romita, had to follow Ditko — but on Dr. Strange, Ditko’s other flagship creation — Colan was not intimidated.

His Strange stories, drawn in cinematic, chiaroscuro shadings, with panel layouts and compositions that wended and warped their way through the page, befitted the ectoplasmic, other­worldly dimensions they were set in. That Colan’s vision of the occult character holds its own against Ditko’s to this day is a testament to Colan’s atmospheric style, one of the most unique in the history of comic book art. 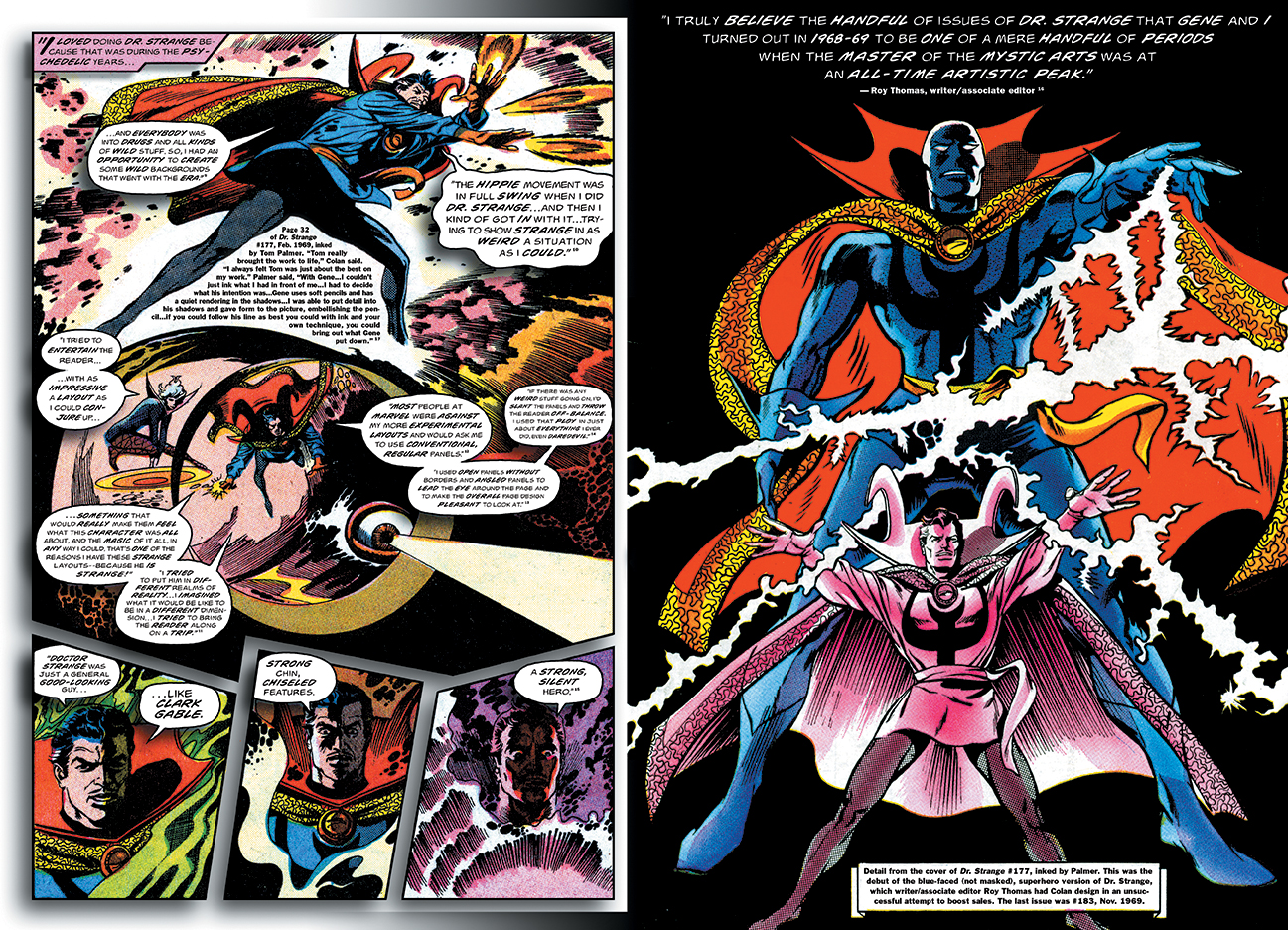