Hence, our new feature: Show and Tell. We’ll be looking at items new and old, modern and retro, whenever the mood strikes. And guess what, if you want to play Show and Tell too, just drop me a line at dang@13thDimension.com and we just might let you show off one of your own cool items!

To start it off, we’ve got an item that mixes all of the above: Diamond’s Daredevil Mego-style action figure set… 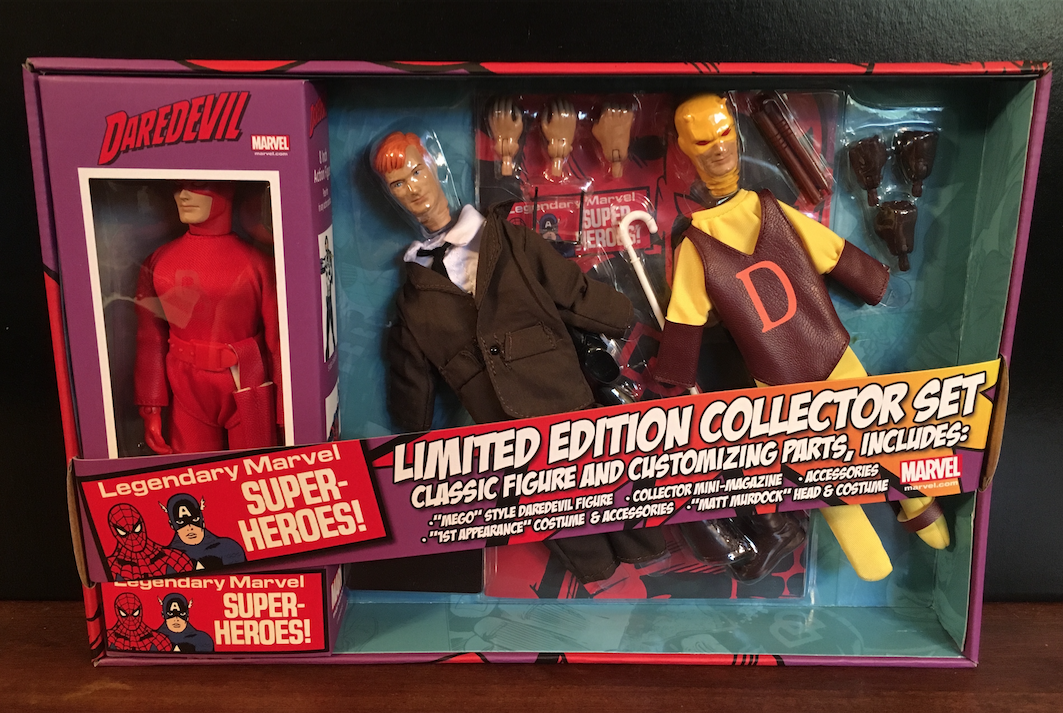 Here’s how this goes:

I was never much of a Daredevil fan because as a kid I didn’t read much Marvel other than Spidey and Cap. I even had their Megos.

Daredevil? He barely registered until Frank Miller got a hold of him but even then I didn’t read those comics until I was an adult. I was just too much of a foolish brand loyalist to read them when they came out. 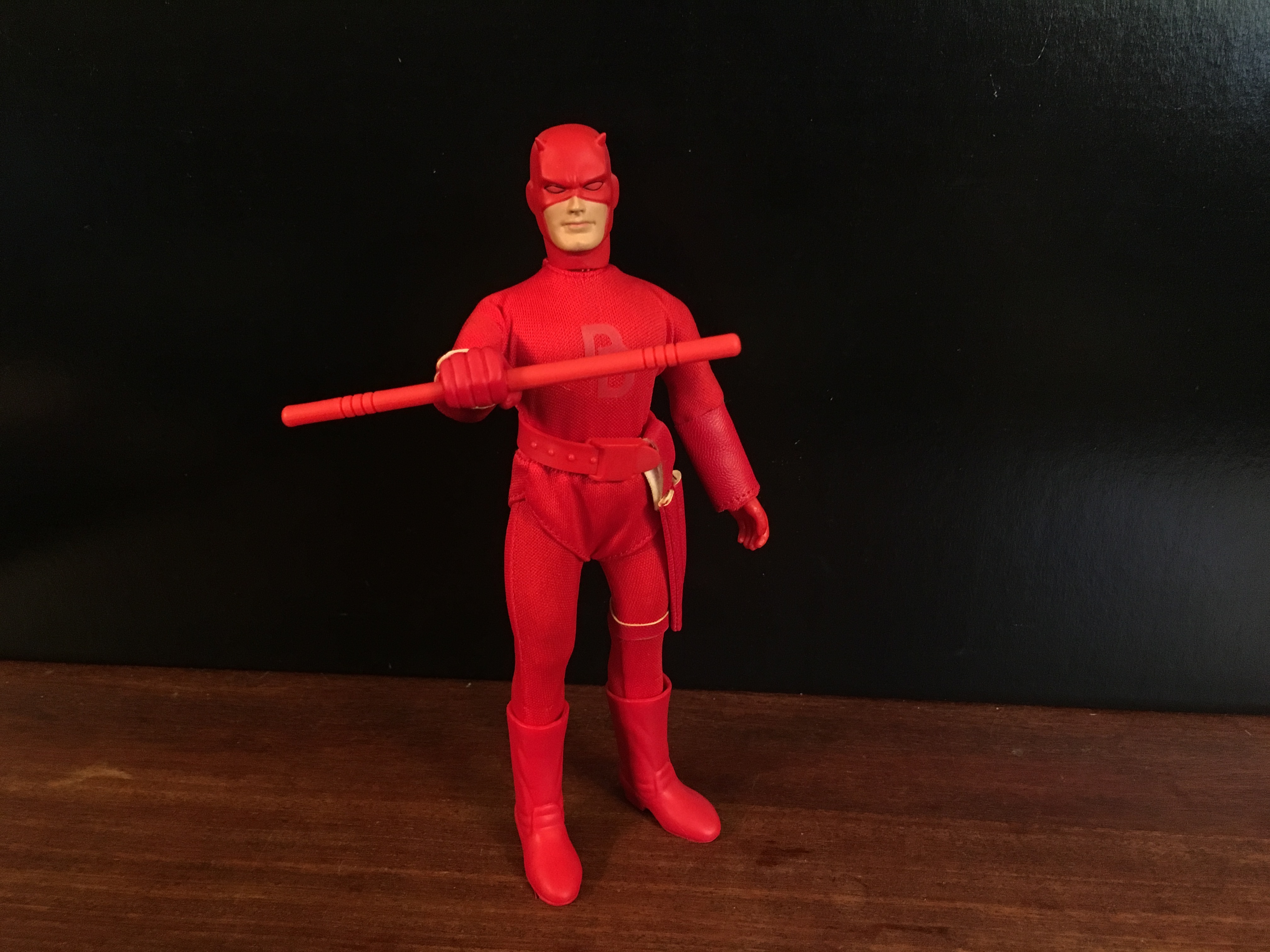 This set, which was released a couple months ago, is one of the my favorites so far, and maybe it has to do with my heretical view that DD’s yellow costume designed by Jack Kirby and Bill Everett is superior to Wally Wood’s all-red design. I mean, I get the appeal of the sleeker red outfit, but there’s something really nifty about that counterintuitive mix of yellow, red and brown (or black). Here, you get both — plus Murdock in his Hell’s Kitchen lawyer-for-the-downtrodden outfit. 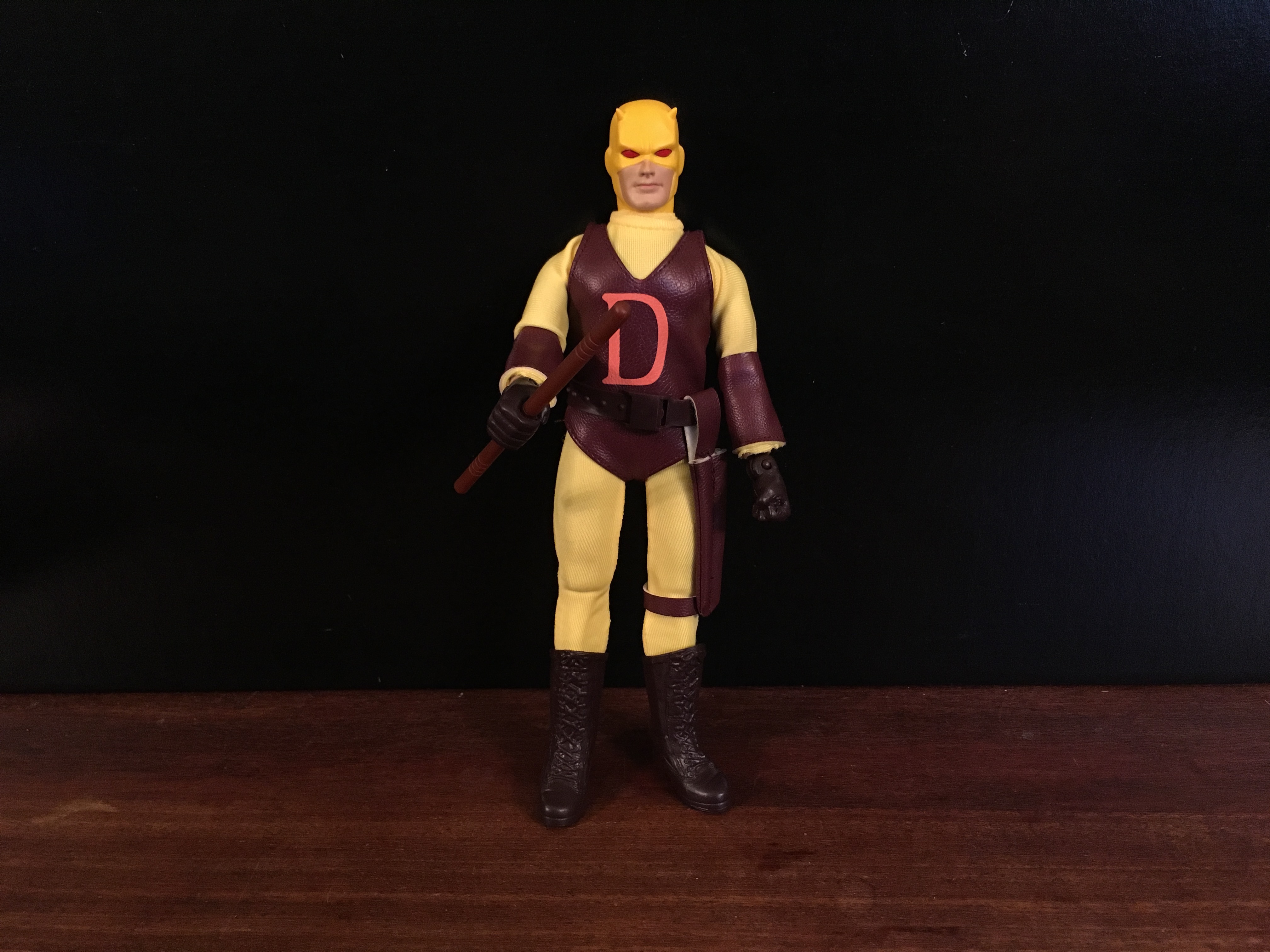 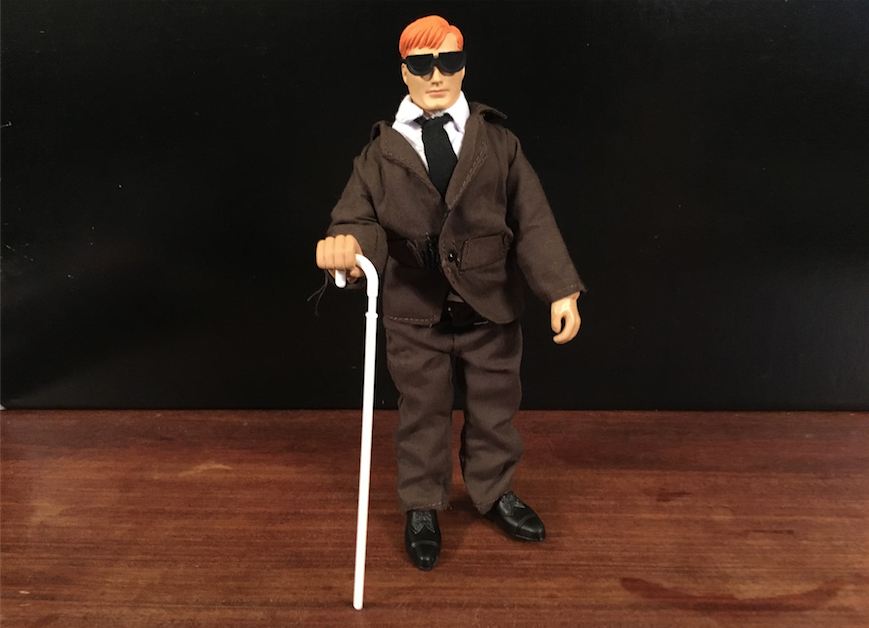 As always, the plus side to Diamond’s Mego sets is the accessories. You get the three outfits, interchangeable heads and hands, and character-specific accoutrements, plus a pleasant, if unnecessary, booklet about the character. You also get a window box that emulates the original style (and hey, look, the Punisher and Spider-Man 2099!) 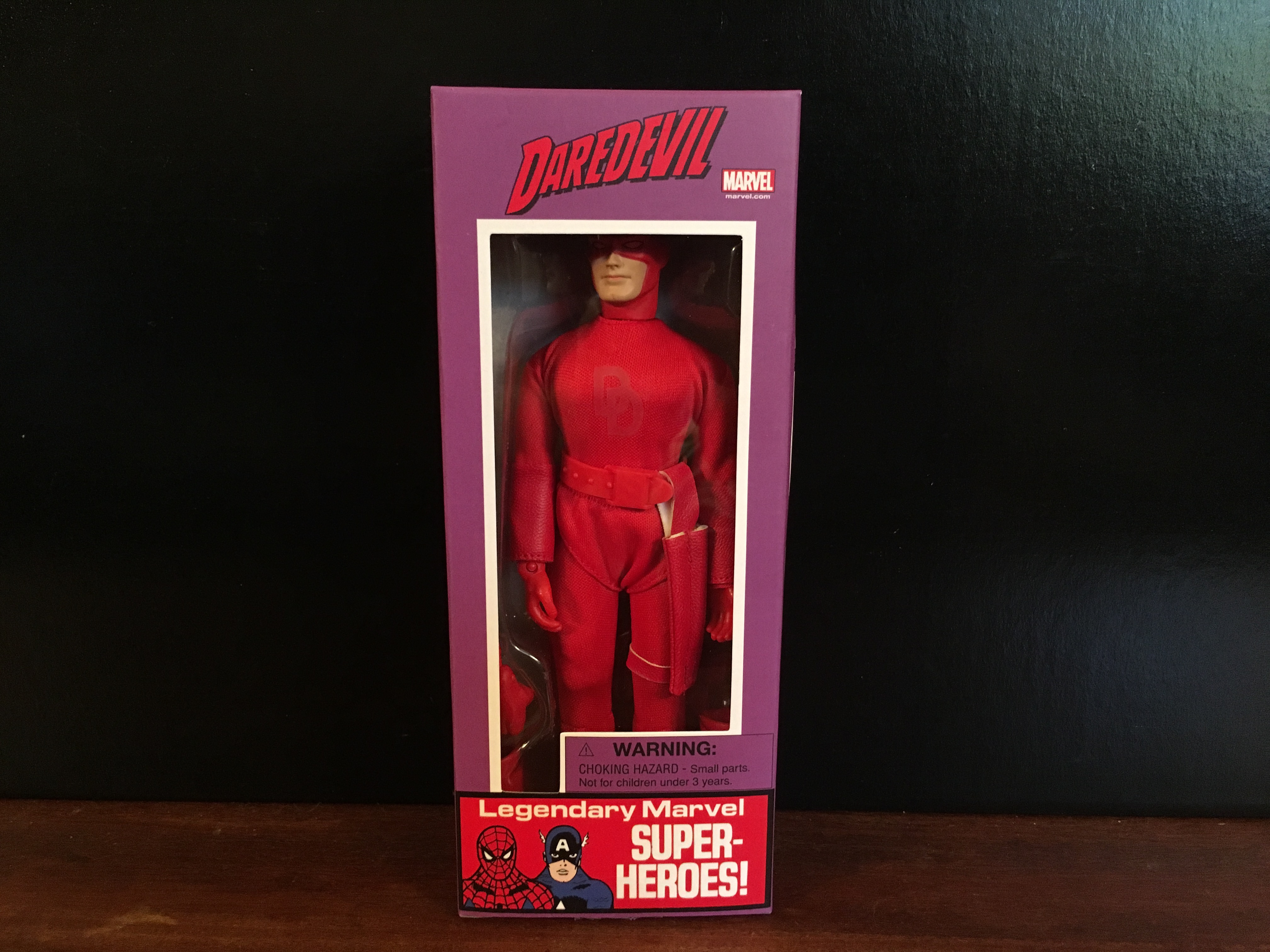 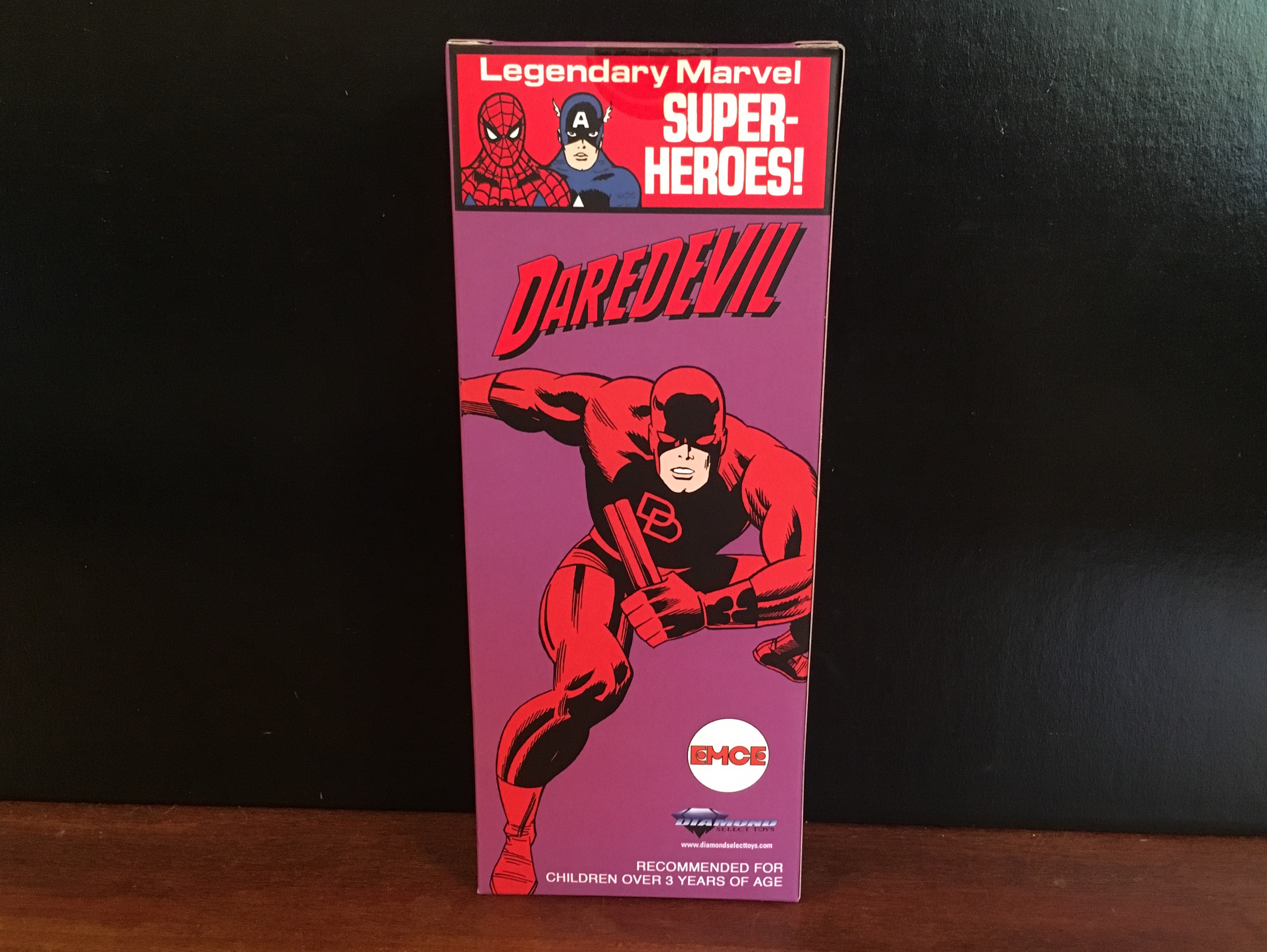 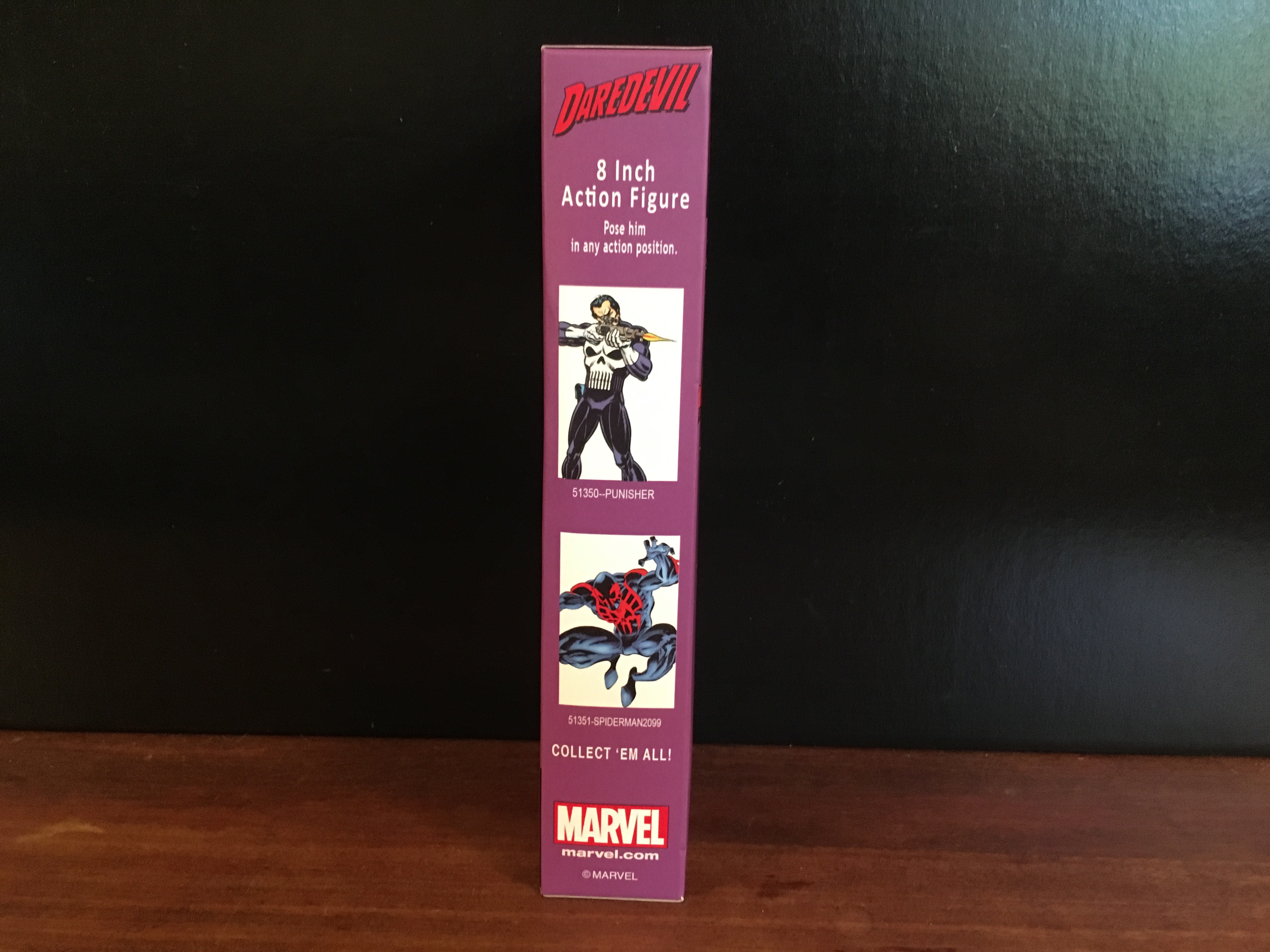 The figures themselves are also heftier than the competition and sturdier than the original Megos on which they’re based. The outfits are well-tailored, but the snug fit does make it a bit of a challenge to change their clothes. Just be careful. 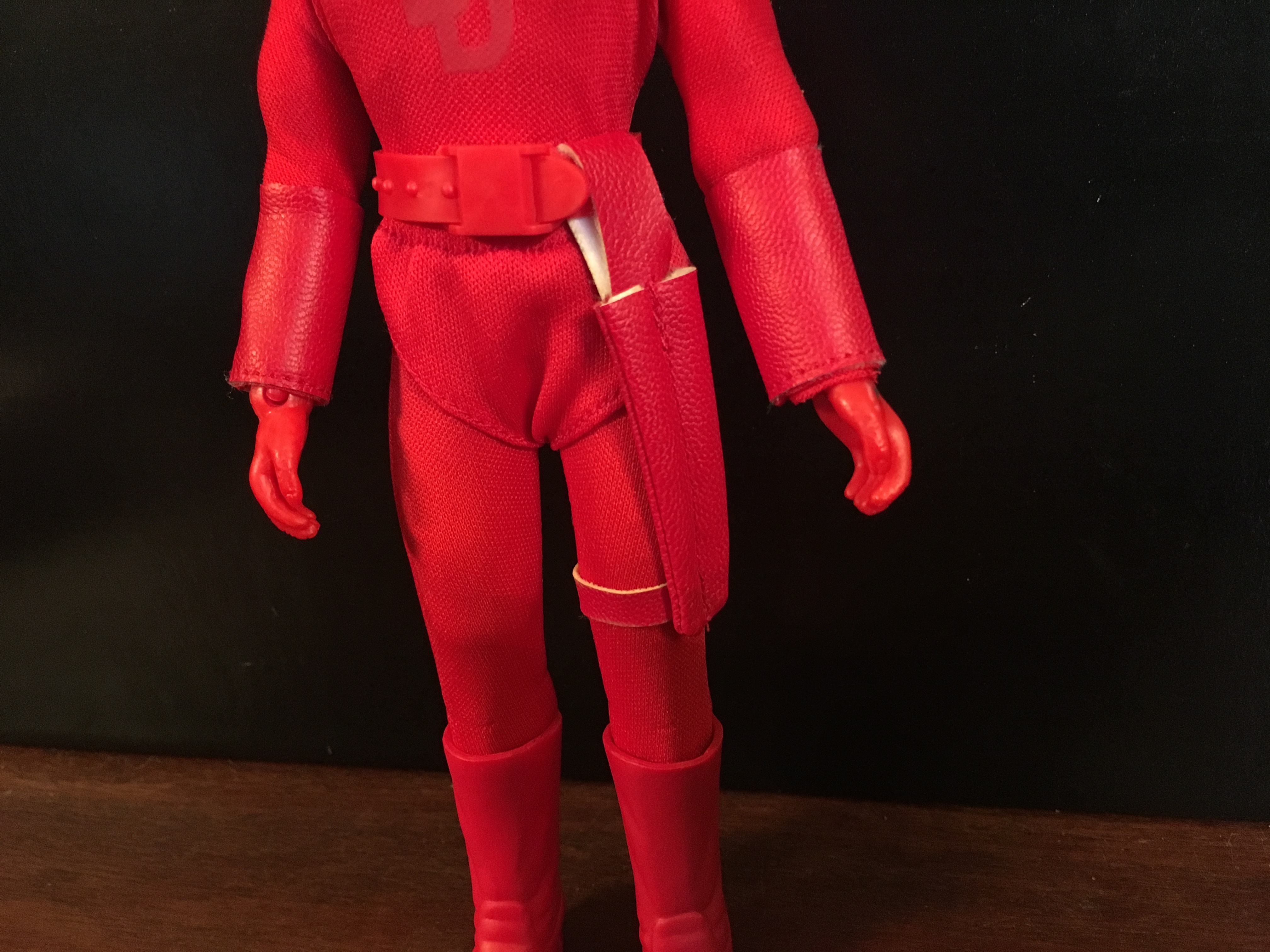 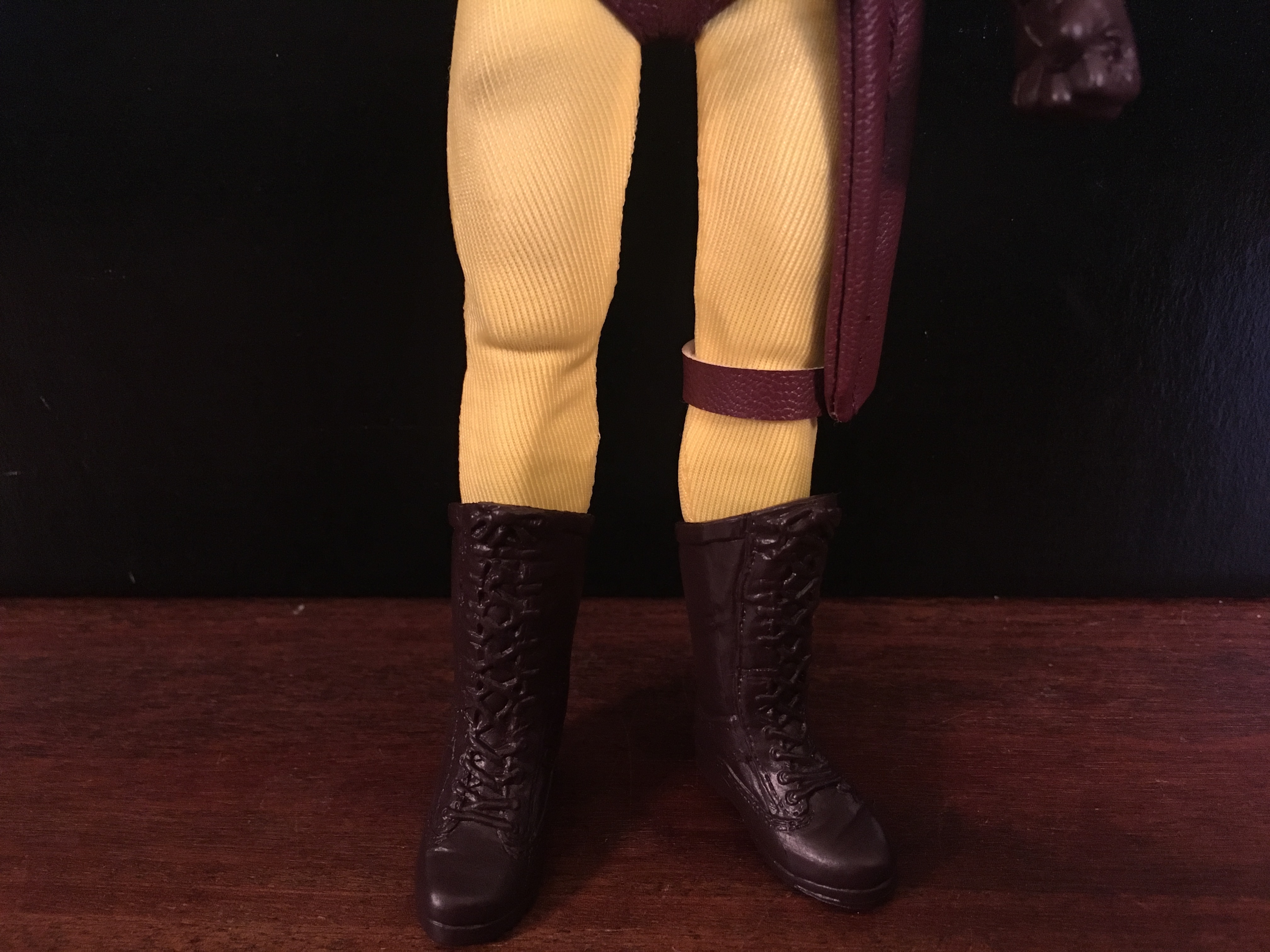 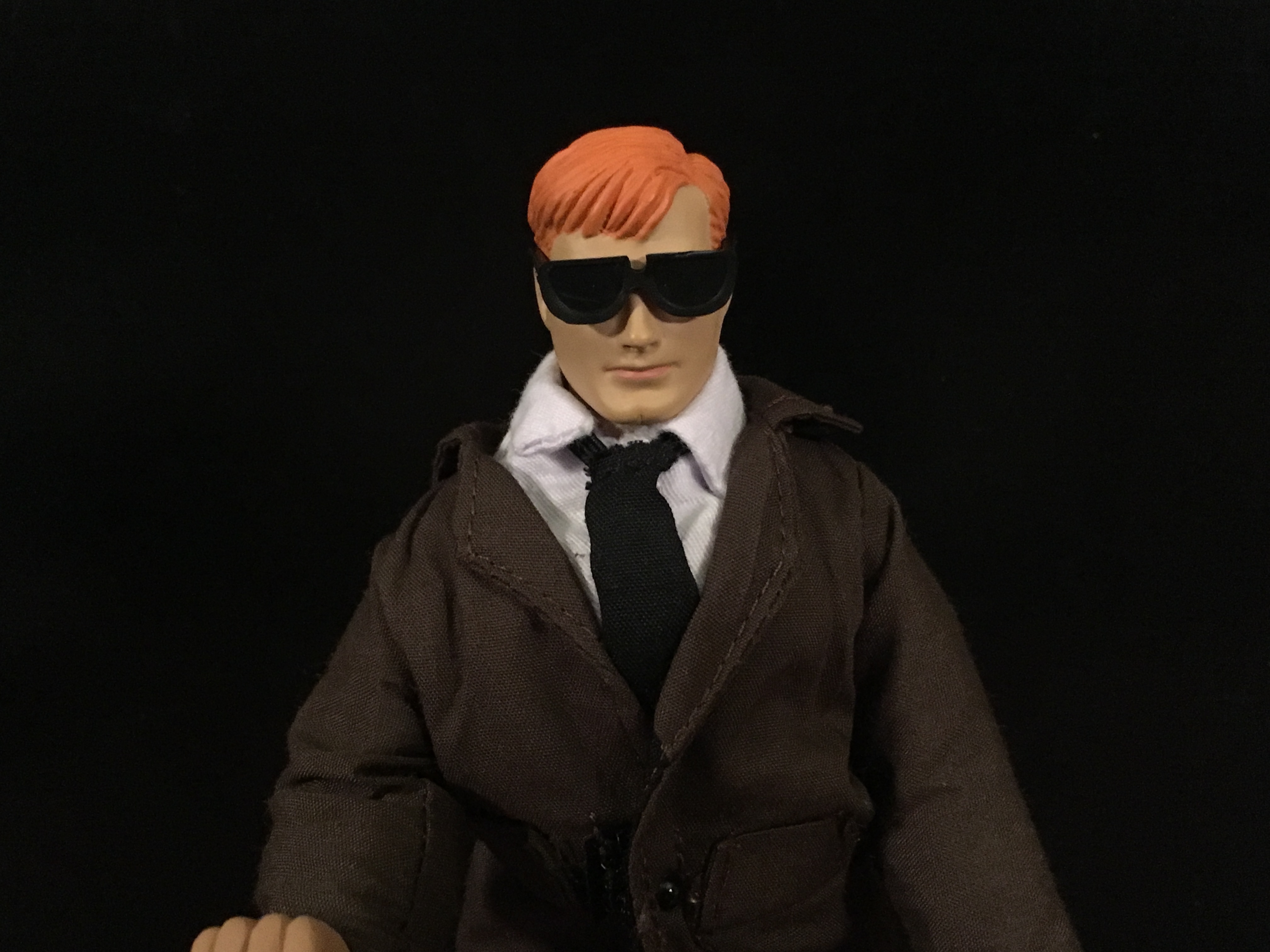 He’s from Hell’s Kitchen. Did you know that?

Downside? The price. $80 turns off a lot of buyers, even if you’re getting a lot for your dollar, relatively speaking. (In fairness, Diamond is bound by a Hasbro contract that enforces a price floor. The solution was to give more for fans to enjoy.)

So while this might not be a product you’d buy blindly, it’s one that definitely rates a spot on your shelf.

Oh, and I’d like to see Luke Cage myself…

If you want to play Show and Tell, drop me a line at dang@13thDimension.com!