Perfect? No. But Diamond/EMCE’s second Mego reproduction set is a welcome addition to the ranks. 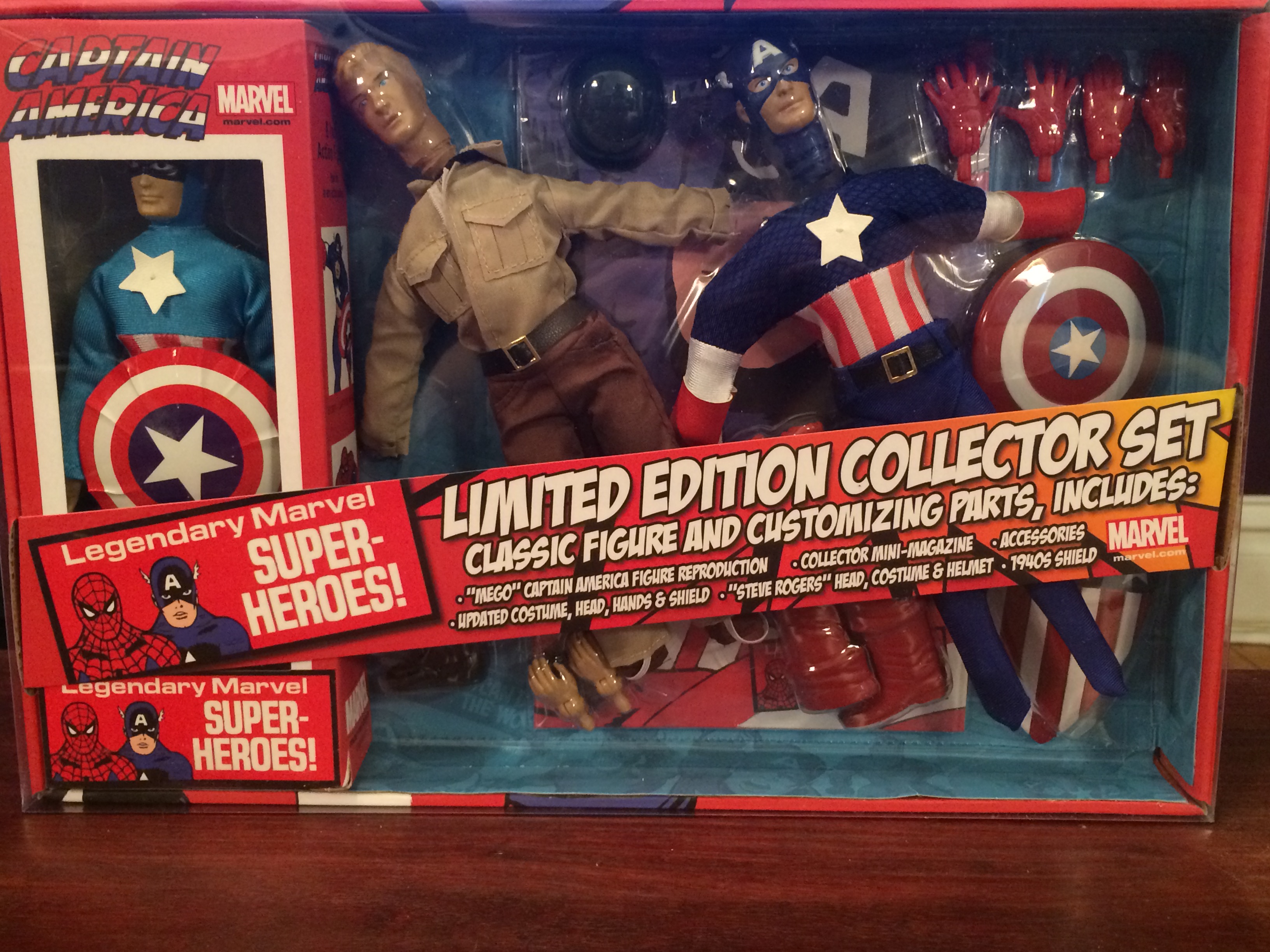 Captain America was one of the first Megos I got as a kid — in fact, I’m fairly certain that was my introduction to him.

On the strength of that alone, he’s long been a favorite Marvel character of mine, even if I always thought that his most defining characteristic — his shield — was unwieldy and kind of a burden. 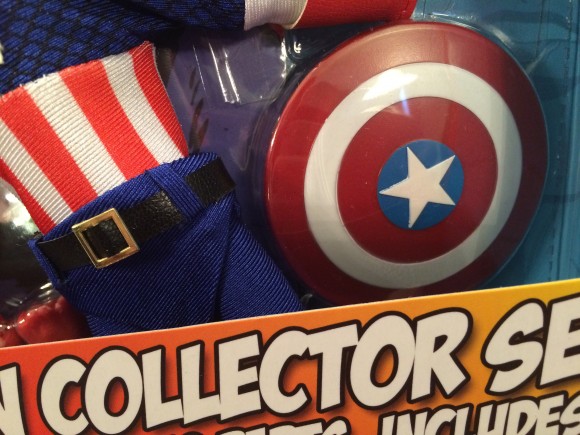 Sacrilegious as it may be to Marvel zombies, I didn’t really appreciate the power of the shield and how nimble it could be until I saw Chris Evans wield it.

So how cool is it that the new Diamond Select/EMCE Captain America Mego reproduction set comes with not one or two, but three shields? 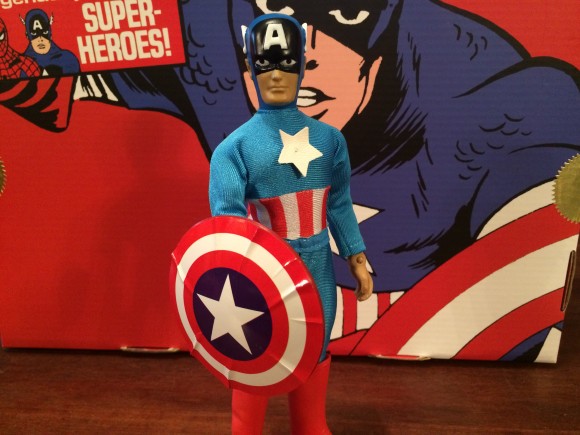 You get your classic Mego shield with its awkward sticker, a painted “improved ” version and the Kirby-Simon original. 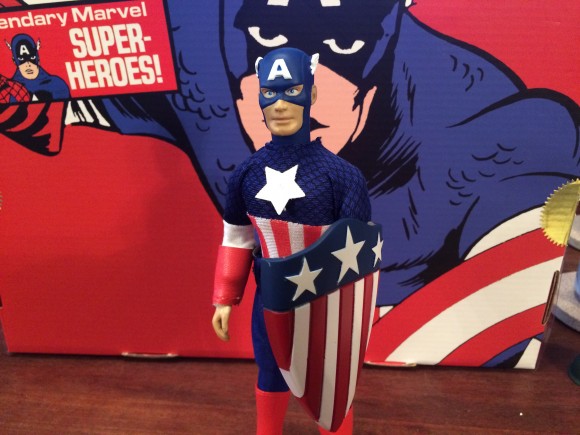 Like Diamond and EMCE’s Spider-Man, this is all part of a set that allows you to turn your Cap into multiple figures — sort of the Captain Actionization of Mego: You get your original replica; a more detailed, comics-accurate version of Cap‘s outfit; and 1940s G.I. Steve duds. 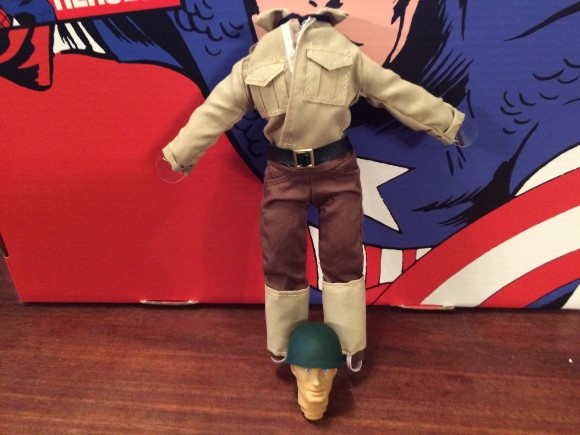 Ah, and there it is. The 800-pound Hulk in the room: The gamma ray-infused sticker price that has turned a number of Mego fans into seething green monsters.

I don’t really know what to say about that. Only you can decide whether a price is right for you and for the life of me I don’t understand Toy Rage. Certainly not from ostensibly mature adults.

Buy it or don’t, the choice is yours. 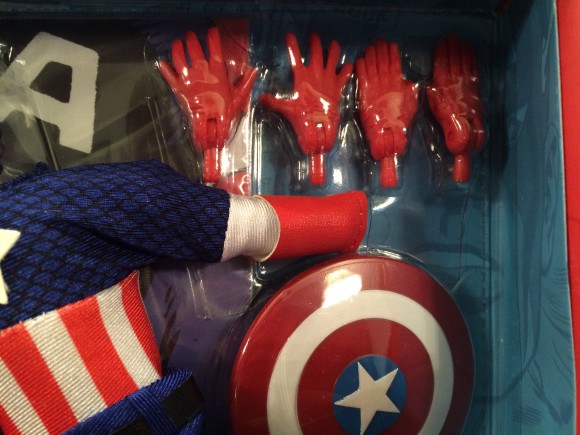 Beyond that, how much you’ll dig this set will depend largely on what you expect your Mego repros to be — relatively straight replicas or versions made more on-model with the aid of multiple accessories and updated accoutrements. I tend toward the replica side of things so I certainly understand collectors pausing at any new action figure that costs $80. On every level, this is a luxury item. 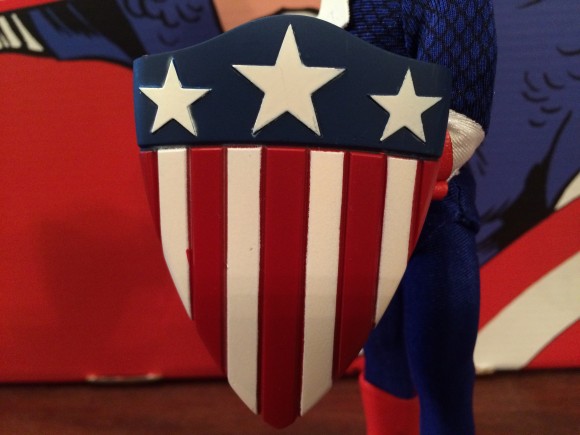 Full disclosure: I did not pay for mine — and we will also be having a giveaway of a second set here at 13th Dimension. But I assure you this particular item is something I would have set the bucks aside for — because on its merits, this is a terrific package. 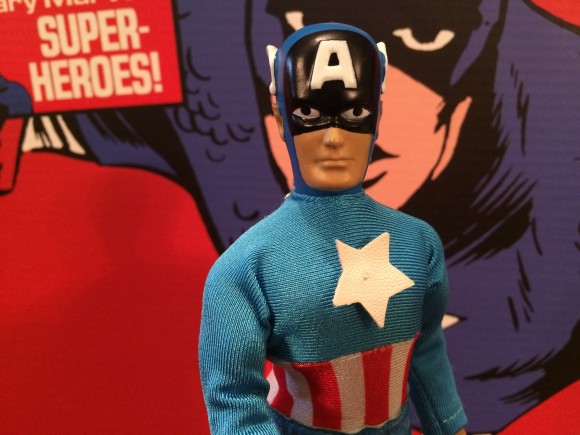 The figure is sturdy and the accessories are first rate, such as the multiple changeable hands. The replica parrots the goofy original (even if the blue of his outfit is a little too light and shiny) and the alternate costume is a solid representation of old-school Captain America. Steve Rogers, with his helmet and fatigues, is a Yankee Doodle Dandy. 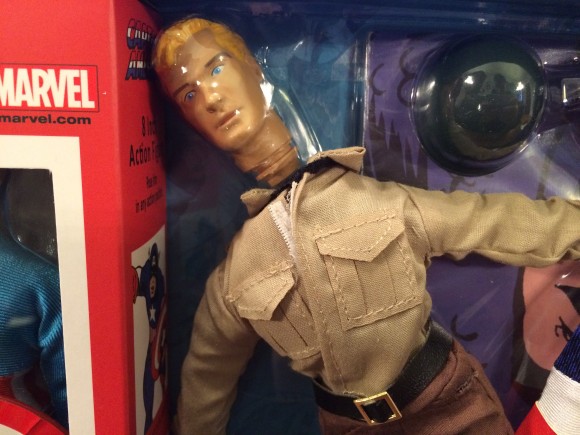 Plus, I’m a sucker for a window box any time. (Though, I still find the overall packaging a little difficult to navigate without tearing into the tray.) 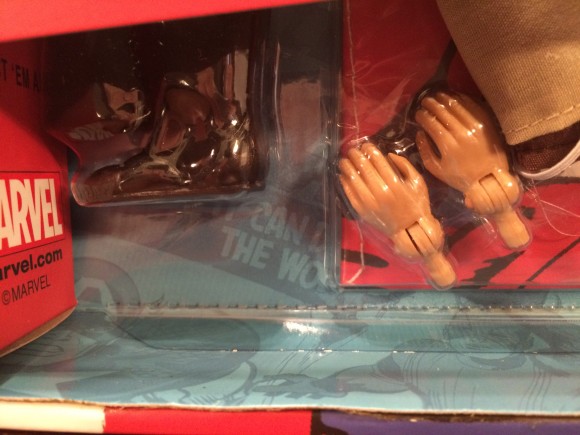 But I do have a legit Crossbones to pick: Why in the world is the chest star on both Cap outfits attached only by a thread in the center? That makes no sense to me and cries out to be damaged. 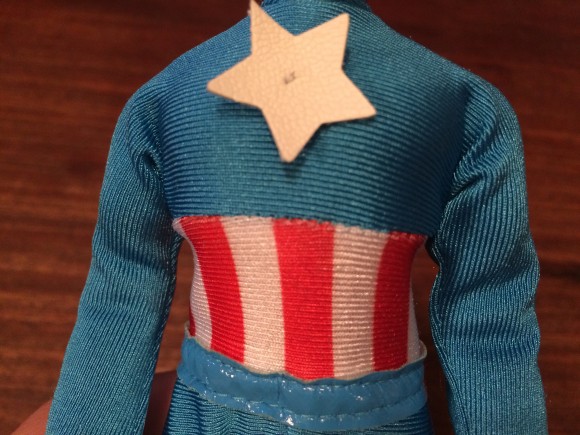 When I have the time, I suppose I’ll glue it into place, but that’s such a strange thing to have to do on an item that really pushes into the higher end of the collectors’ market.

Be that as it may, this is the Mego replica that completes my reproduction collection. I now have modern versions of every World’s Greatest Super-Heroes figure I had as a kid. 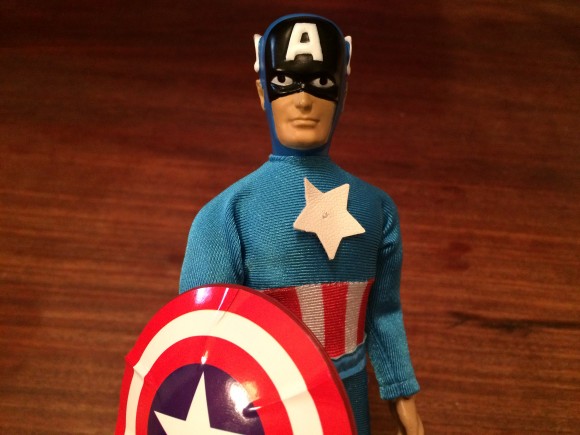