REVIEW: Diamond Select’s Retro WOLVERINE: The Most SNIKT for Your Bucks

The third Diamond Select Mego replica is the top of the young line. 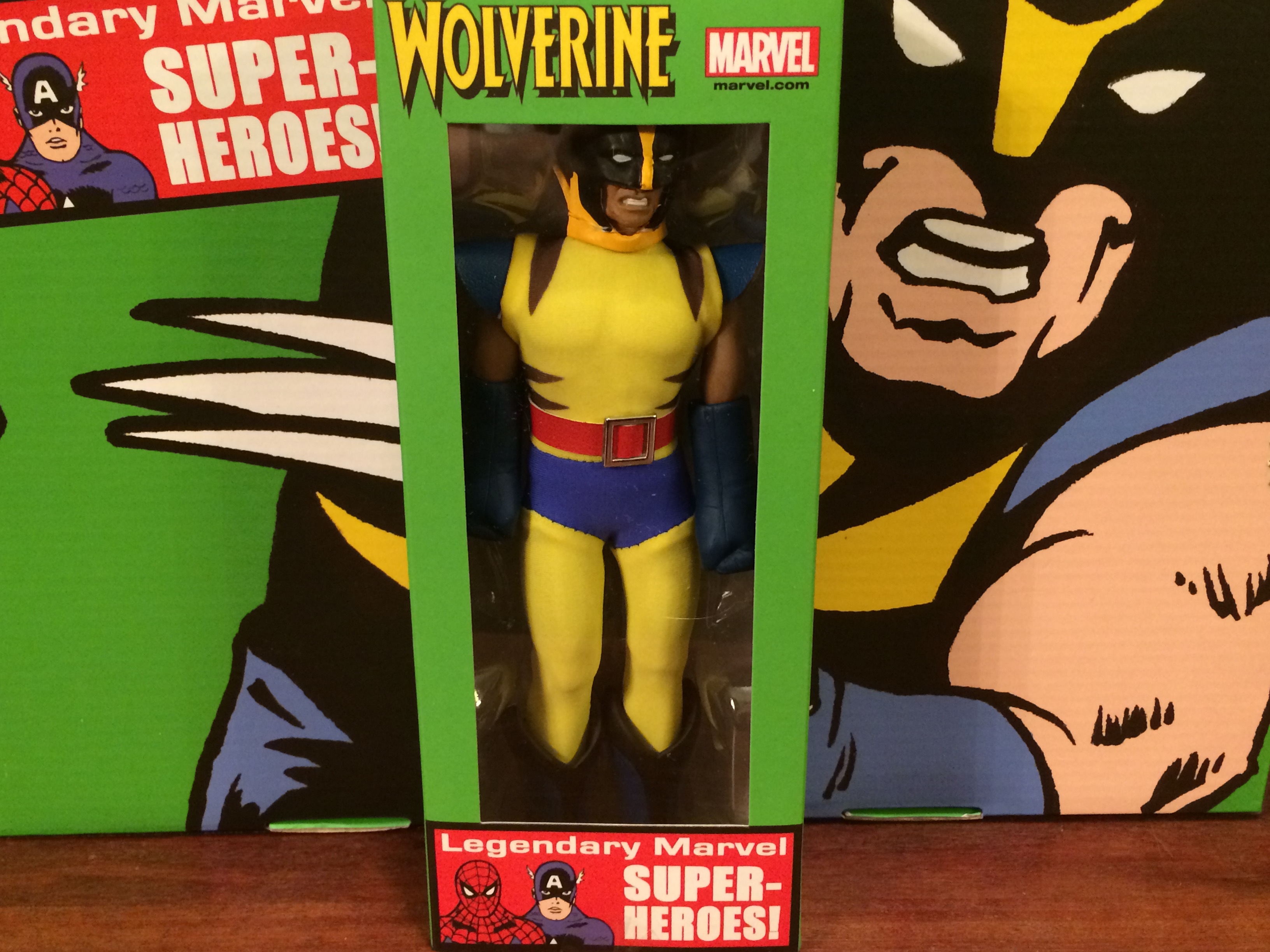 I suppose to hardcore Marvel Megoheads, getting a Wolverine replica is akin to a DC nut getting the Flash or Green Lantern — one of those exciting things that corrects a historic wrong in the world of comics merch and brings a specific kind of joy to a collector.

Of course, Wolverine really didn’t become monstrously popular until near the end of Mego‘s reign at the top of the superhero toy heap, but the fact remains he was the biggest name in Marvel’s stable not to get the treatment.

So now that the replicas of the first two Marvel Megos — Spider-Man and Captain America — have been released, Diamond Select Toys and EMCE have gone the Never Was route by producing a set based on the House of Ideas‘ (arguably) most popular modern hero. 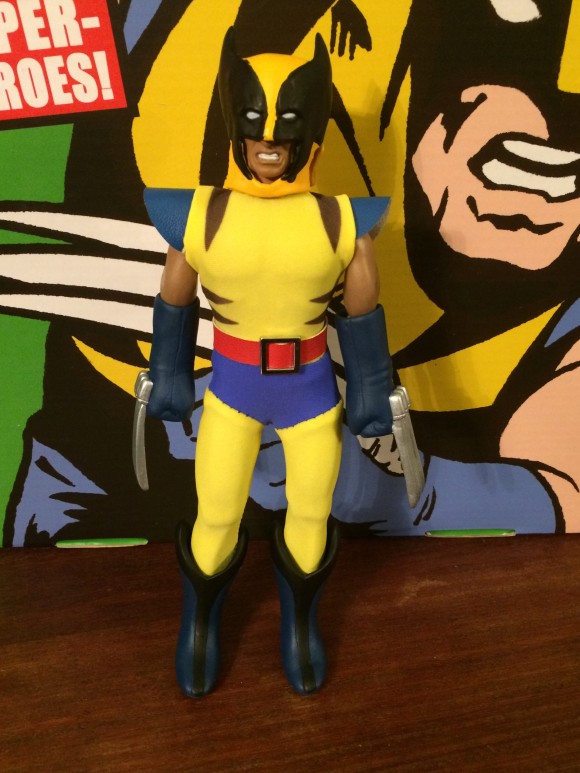 And it’s a terrific set, probably the best of the three so far — especially taking the controversial $80 cost into account.

You can create four figures from the accoutrements: classic ’70s Wolverine (with or without mask), brown-and-orange ’80s Wolverine (my favorite) and Logan with T-shirt, jeans, leather jacket and biker boots — plus the Mego-style window box. Oh, and a series of gloves and hands with claws extended. (At least one reviewer has pointed out that there are no regular hands, but I’m not really bothered by that. These are for display, so …) 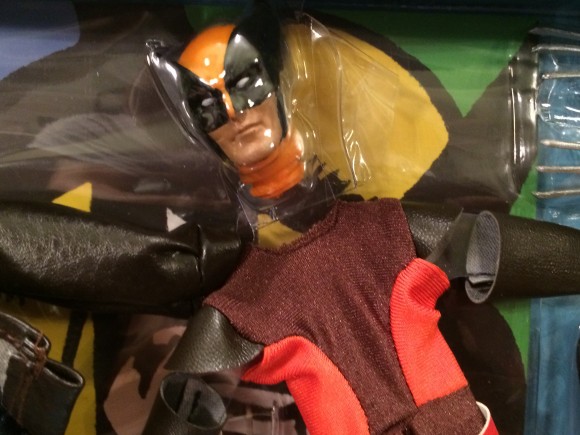 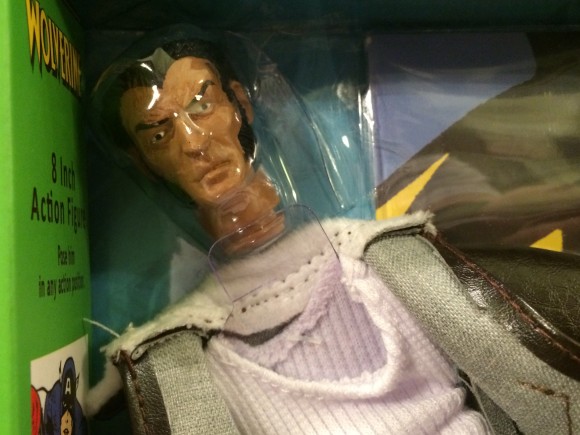 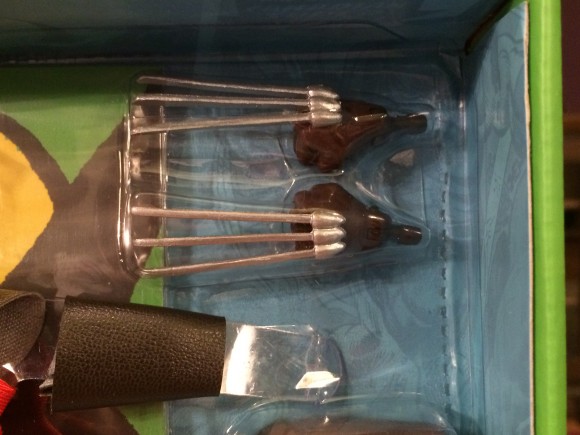 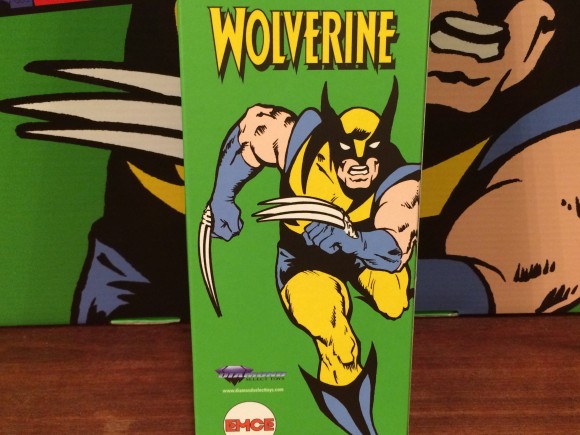 The designs are accurate while being suitably Mego-ish: More reflective of the concept than when EMCE and Mattel produced their series of never-done DC characters like the aformentioned GL and the Flash.

The set also has the advantage of not having an original to compare it to, so you don’t sit there thinking “Well, that’s not quite the right shade of blue.” 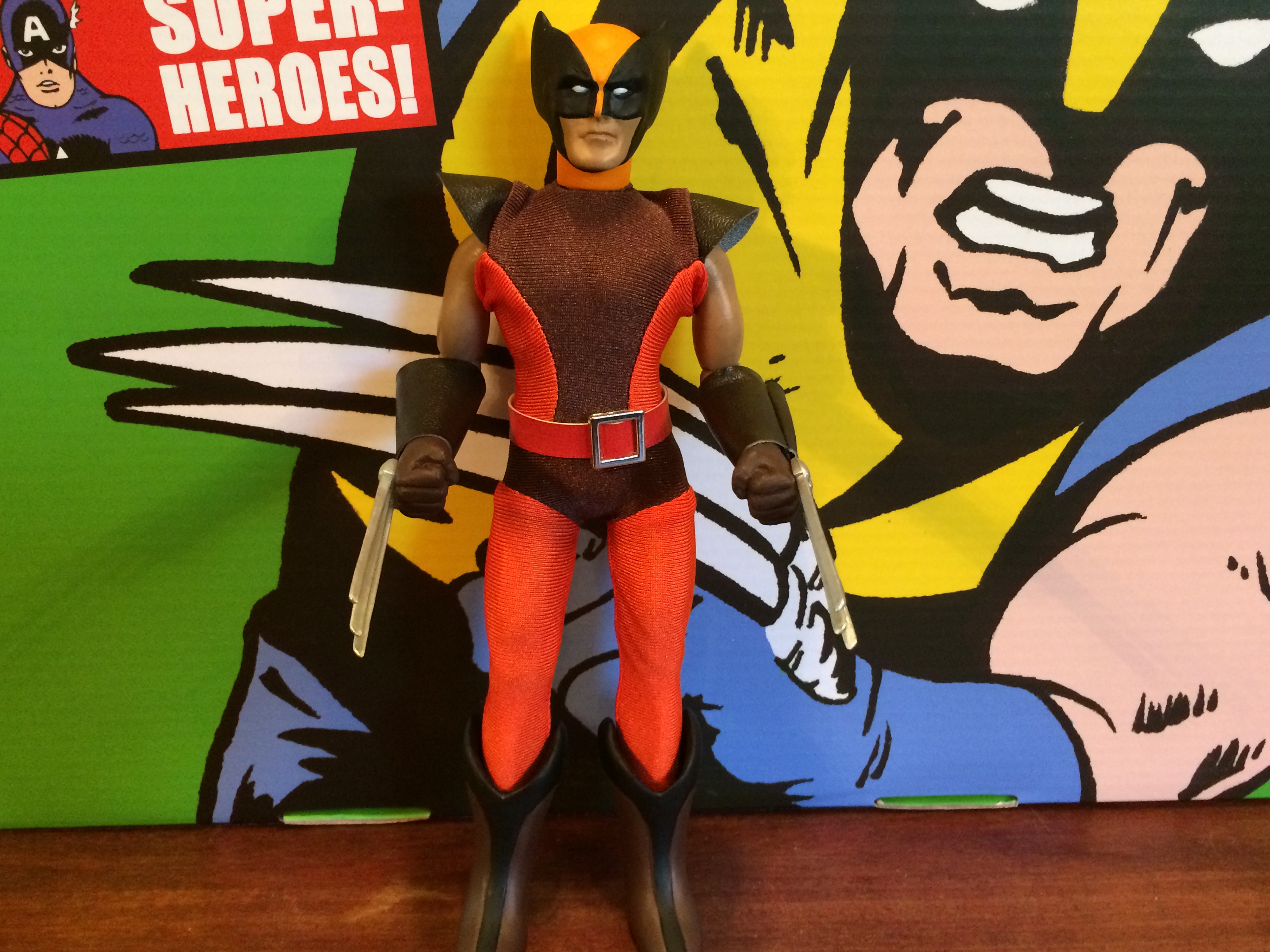 By the same token, I’m still not really happy with the tray design. It’s still too difficult to remove the items from the package and if you’re not careful, you can damage an outfit. (My ’80s Wolverine costume suffered a tear in the back but it’s covered up by the belt. A little fabric glue will probably help, but it’s an annoyance.) In addition, the paint application on the masks are a tad sloppy if you look too closely — but I didn’t really notice until I saw the up-close photos. 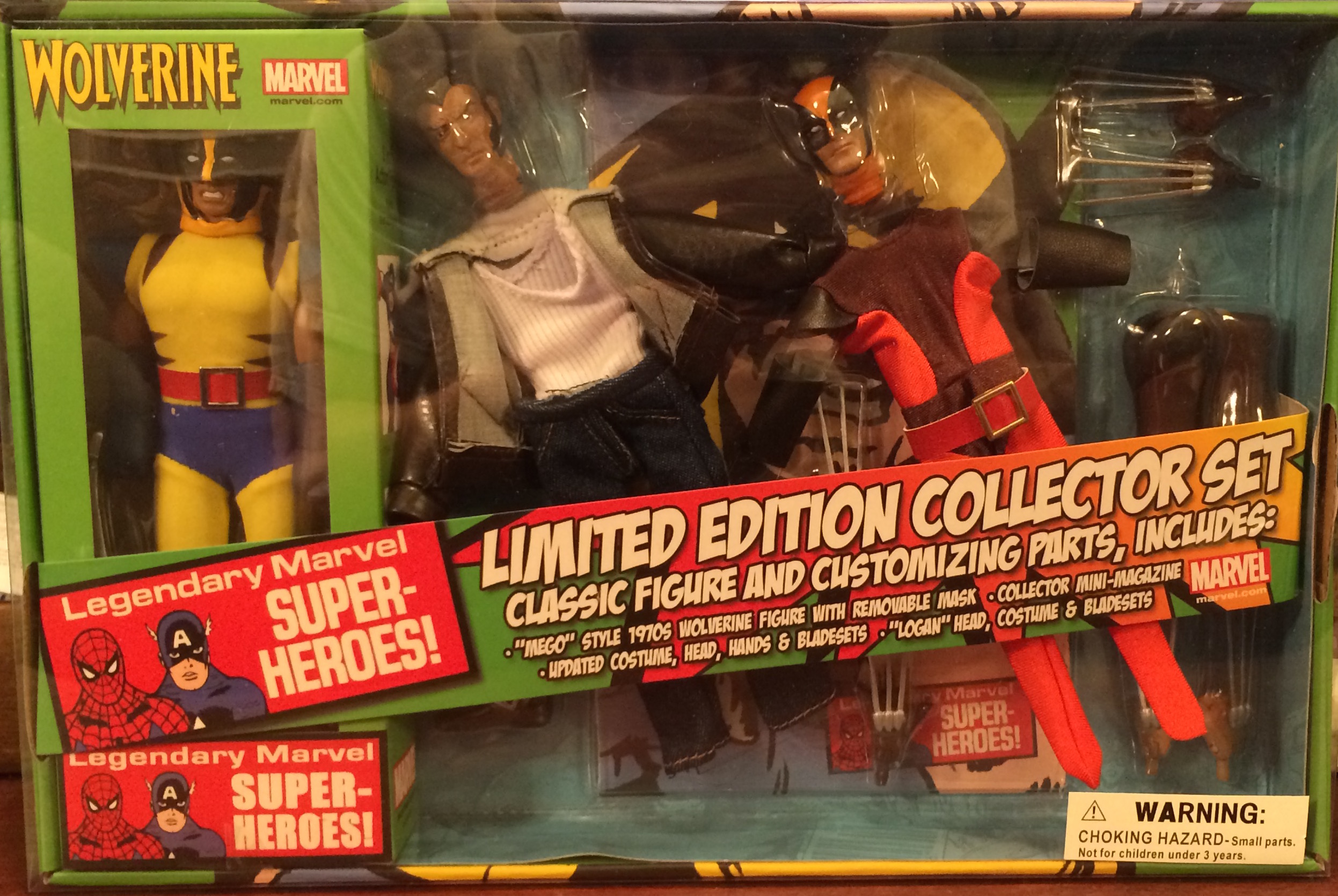 All told it’s probably the best set of the three: Spidey‘s terrific (even if I’ve never been a circle-spider guy) but I don’t have much use for the second Spidey outfit. Cap‘s fine yet I’m still baffled by how the stars were affixed to the costumes. I glued mine on the Mego replica version and it didn’t go as well as it should have. 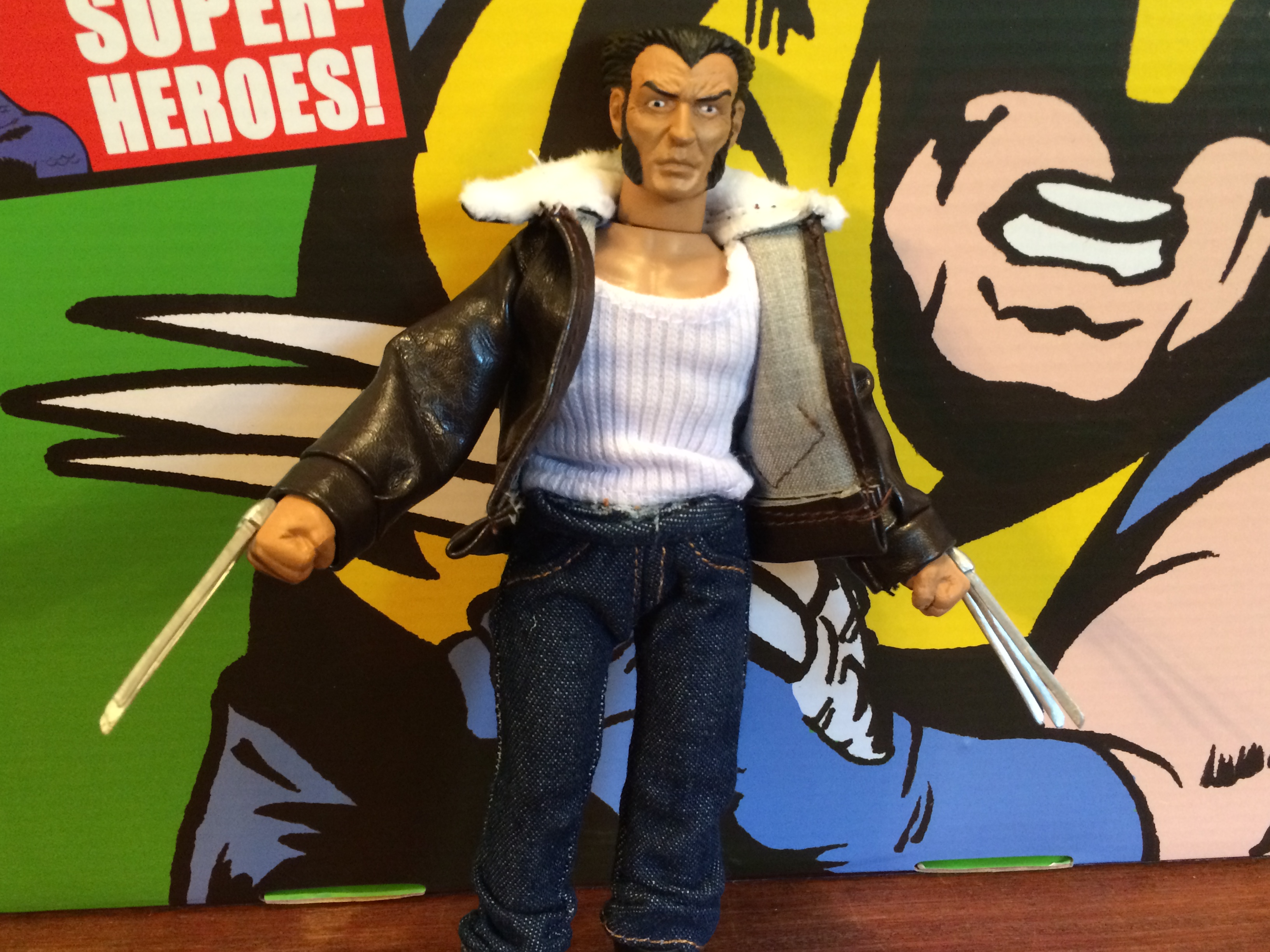 Wolverine, on the other hand, is rock solid. Three worthy outfits and a fine selection of heads and likenesses.

If you don’t mind playing in the deeper end of the wallet, it’s a nice item, bub.