Scott’s off this week, so for RETRO HOT PICKS, I will be selecting comics that came out the week of Sept. 8, 1972.

(Keep in mind that comics came out on multiple days, so these are technically the comics that went on sale between Sept. 5 and Sept. 11.) 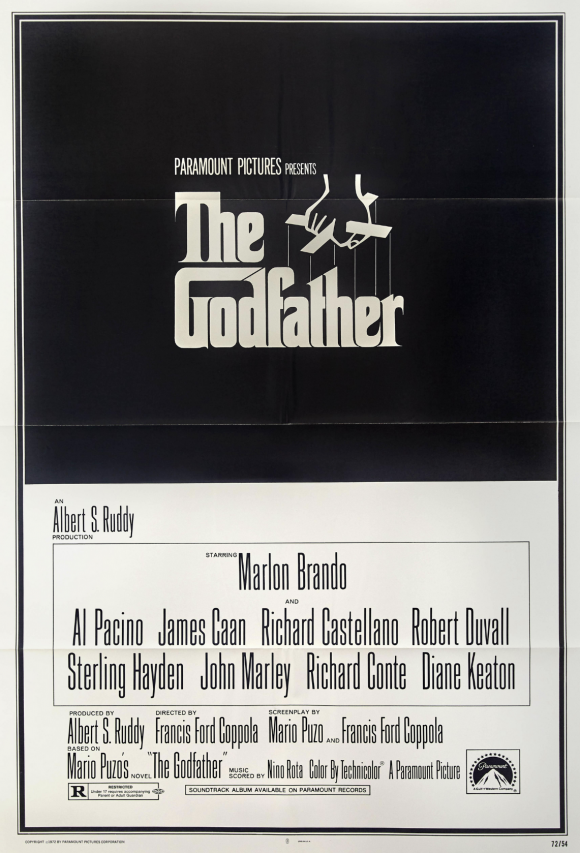 So, lets set the scene: Richard Nixon was about two months away from re-election. Less than two years after that, he’d resign in disgrace over Watergate. The Godfather was an absolute box-office juggernaut. Francis Ford Coppola’s classic epic — one of the best movies ever made — was No. 1 from the week ending March 22, 1972, to Sept. 20, 1972. Only Butterflies Are Free could break through the streak, for a week in August. You know what else was out? Deliverance — still a tough one to watch — and Super Fly.

There were no TV ratings for the week, but the top shows were All In the Family (as was so often the case in the ’70s) and Marcus Welby, M.D. Gilbert O’Sullivan’s Alone Again (Naturally) led the single charts, but at No. 5 was the song Ego the Living Planet called “one of Earth’s greatest musical compositions; perhaps its very greatest”: Brandy (You’re a Fine Girl), by Looking Glass. Chicago V — featuring Saturday In the Park, which seemed to be everywhere that summer and was No. 10 this week on the singles chart — sat atop the Billboard 200.

The Amazing Spider-Man #115, Marvel. Aunt May holding a gun on Spidey to protect Doc Ock is about the Spider-Manniest thing that can ever happen. This Gerry Conway/John Romita/Tony Mortellaro production is smack in the middle of what I consider to be the web-slinger’s greatest run. 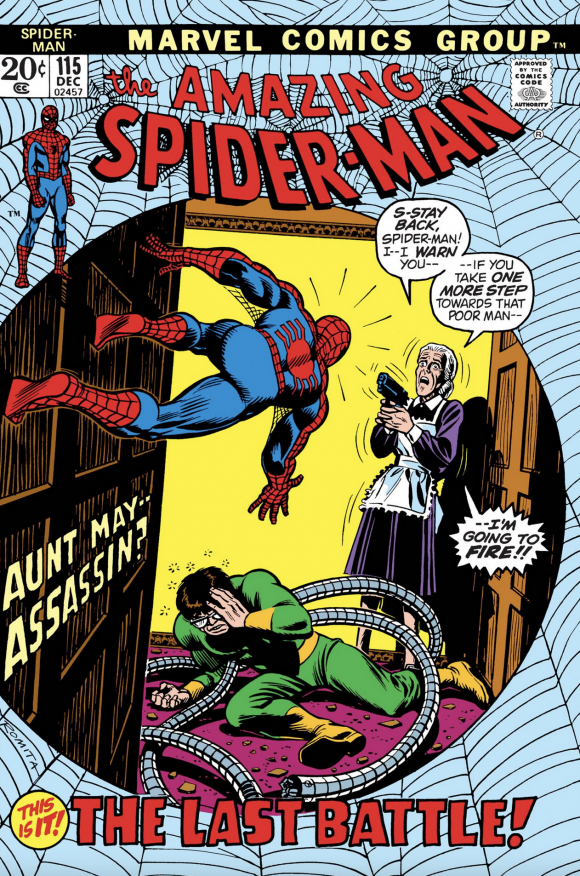 The Brave and the Bold #104, DC. The early days of the Bob Haney/Jim Aparo team (with a Nick Cardy cover). Really, when it comes down to it, Batman the skeptic shouldn’t believe in Deadman or any other supernatural character. But comics are wonderfully inconsistent, so Boston Brand is practically a member of the Bat-family. 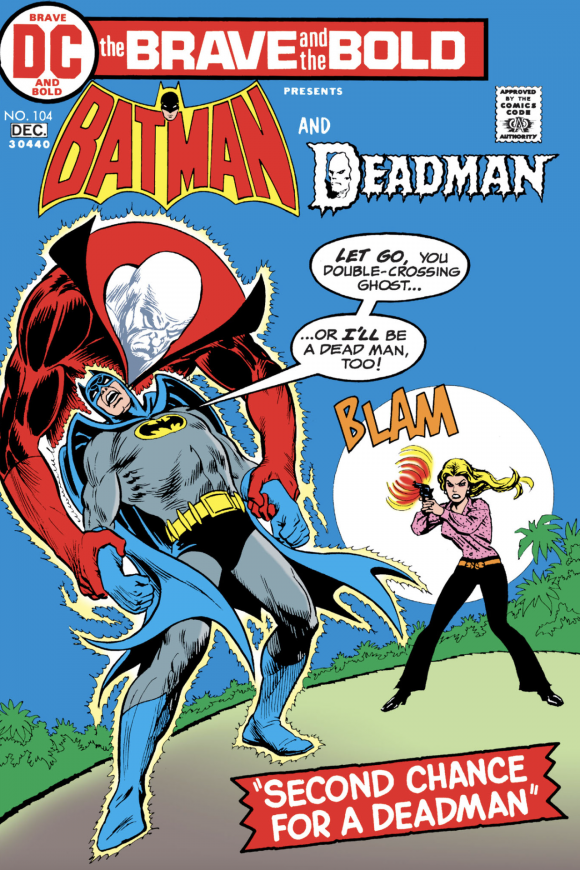 Teen Titans #42, DC. The penultimate issue before the original Teen Titans mag was cancelled, only to be brought back in 1976 for a fairly short run. By the end of this initial run, Titans had become a quasi-horror book with the team battling all sorts of demons and whatnot. Love that Cardy cover. 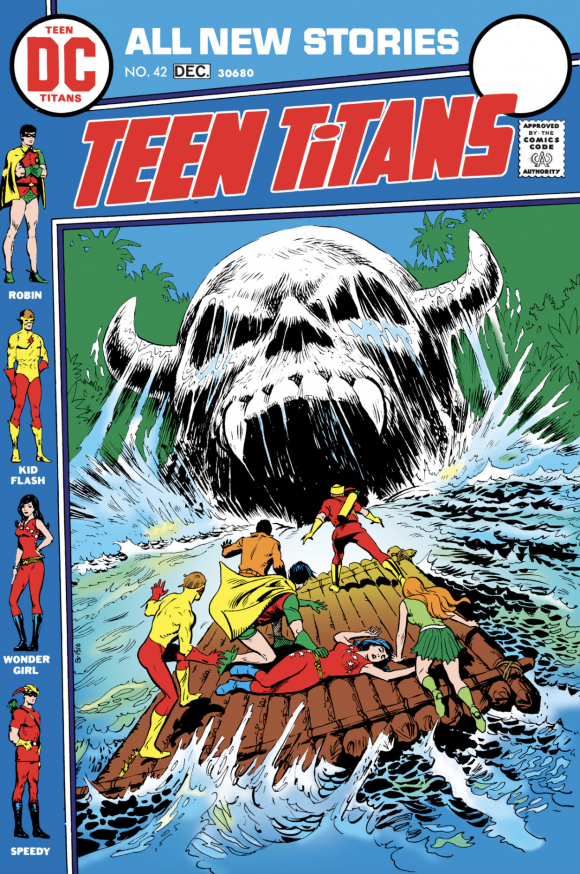 Captain America #156, Marvel. I just love the way the Grand Comics Database describes this one: “It’s the final showdown between Captain America and his greatest fan, the insane Captain America from the 1950s.” Because “greatest fans” are almost always insane, aren’t they? Steve Englehart, Sal Buscema and Frank McLaughlin were behind this installment. 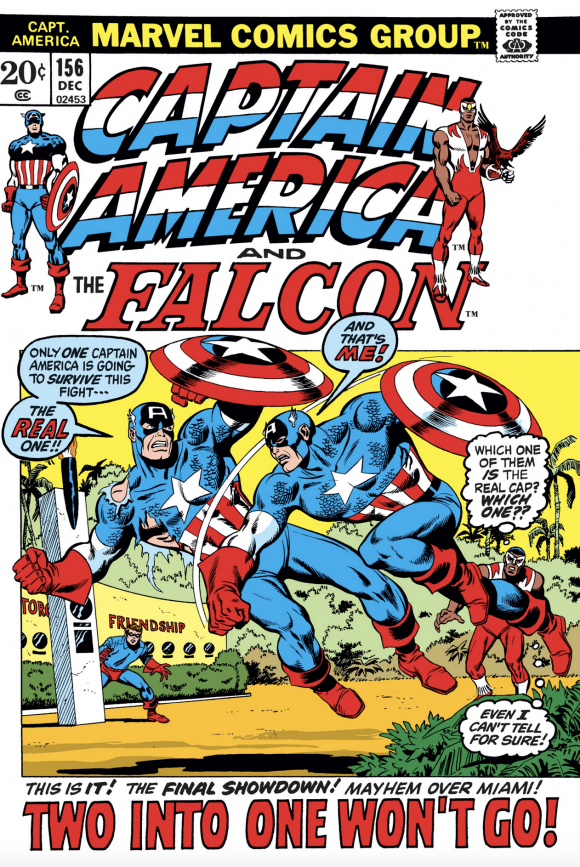 Reggie and Me #59, Archie. Reggie Mantle, you have been, and always shall be, a tool. 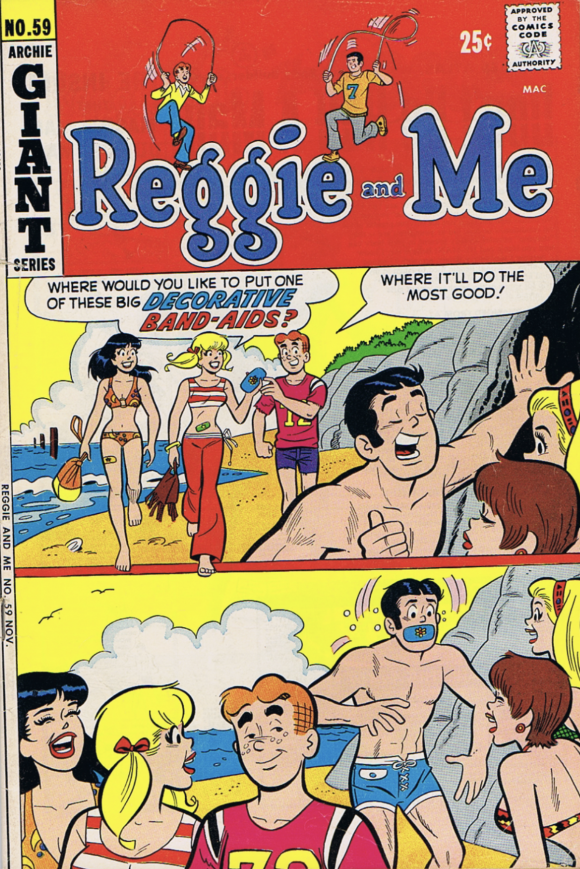