Scott and Dan hit up the comics racks from 33 years ago!

This week for RETRO HOT PICKS, Scott Tipton and I are selecting comics that came out the week of Aug. 25, 1988 — the first time we’ve done this particular year.

(Keep in mind that comics came out on multiple days, so these are technically the comics that went on sale between Aug. 22 and Aug. 28.)

So, let’s set the scene: Ronald Reagan was in the final months of his presidency, with Vice President George H.W. Bush running to replace him. A Nightmare on Elm Street 4: The Dream Master was tops at the box office. Yeah, OK, but you could also go see Midnight Run, which came out in late July and just happens to be one of the funniest movies ever. An absolute classic.

August TV meant reruns, reruns, reruns — so the Top 3 shows in the Nielsens were reruns of The Cosby Show, A Different World and Cheers, respectively. Monkey, by George Michael — a song I do not remember — led the Billboard 100. Tracy Chapman’s eponymous debut album was No. 1 on the album charts.

I still don’t remember it.

Batman #426, DC. The first part of A Death In the Family. I was fascinated by this story at the time (though I didn’t think it was all that great) just because it was such a big deal. I confess that when it came time to choose whether Jason Todd should live or die, I seriously considered voting for his demise because I thought it would make for good drama and be historic. But when it came down to it, I just couldn’t bring myself to kill Robin, so I voted for him to survive. I’m glad I made that decision, and in retrospect, I’ve come to pretty much loathe anything that has to do with this. 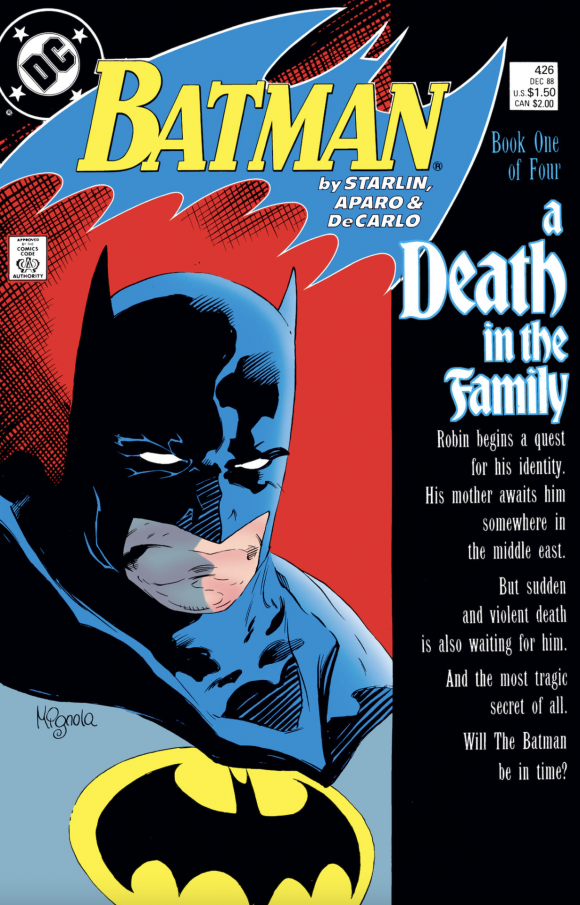 Scott adds: Man, I thought this was a terrible, tasteless stunt at the time, and all these years later, I still don’t like it. The Jim Aparo art is its only saving grace. And for the record, I voted for Robin to live.

Superman #24, DC. Hey, aren’t Mongal and Rampage pretty much the same character? That’s what I was thinking when I watched The Suicide Squad. 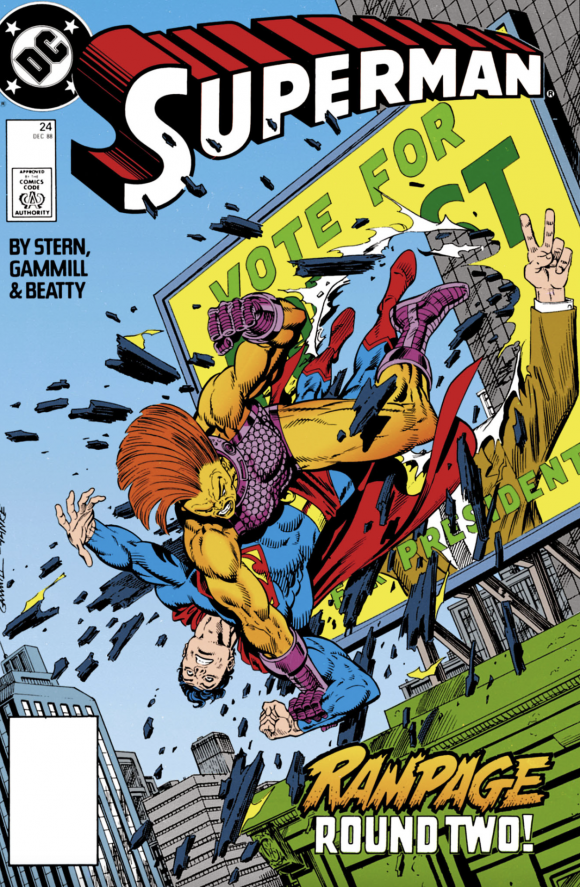 Conan Saga #19, Marvel. So what if it’s a reprint? This is Thomas/Buscema/Alcala Conan! (The original was 1978’s The Savage Sword of Conan #28.) That’s also a reprint of Earl Norem’s cover. 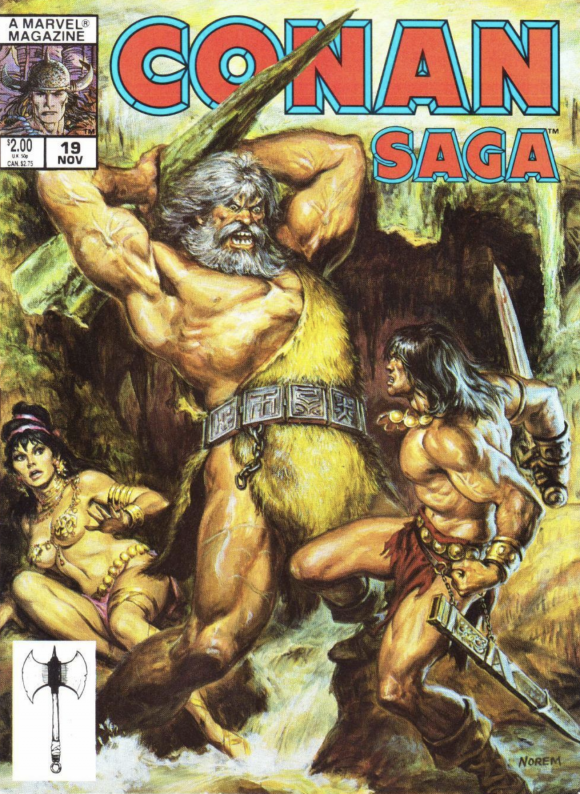 Speedball #4, Marvel. Speedball actually had his own series. I’m not sure I knew that. If I did, I forgot. But, hey, Steve Ditko! (Inked by Dan Adkins.) 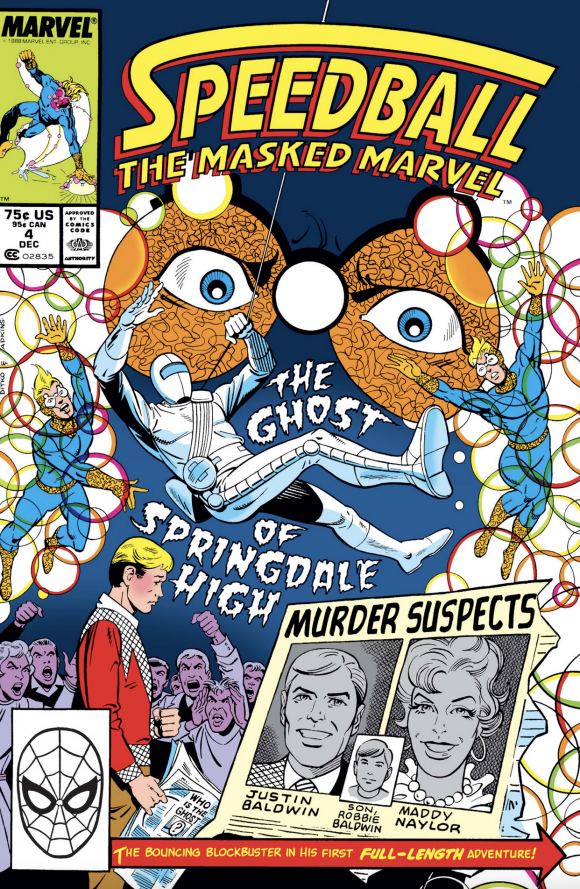 The Prisoner #1, DC. I was (and remain) a huge fan of the original Patrick McGoohan television series, so at the time I was super-excited about this, but ultimately nothing can ever live up to McGoohan’s unique brand of psychedelic, paranoiac secret-agent derring-do. It’s not that the book was bad; not at all. It just wasn’t THE PRISONER. 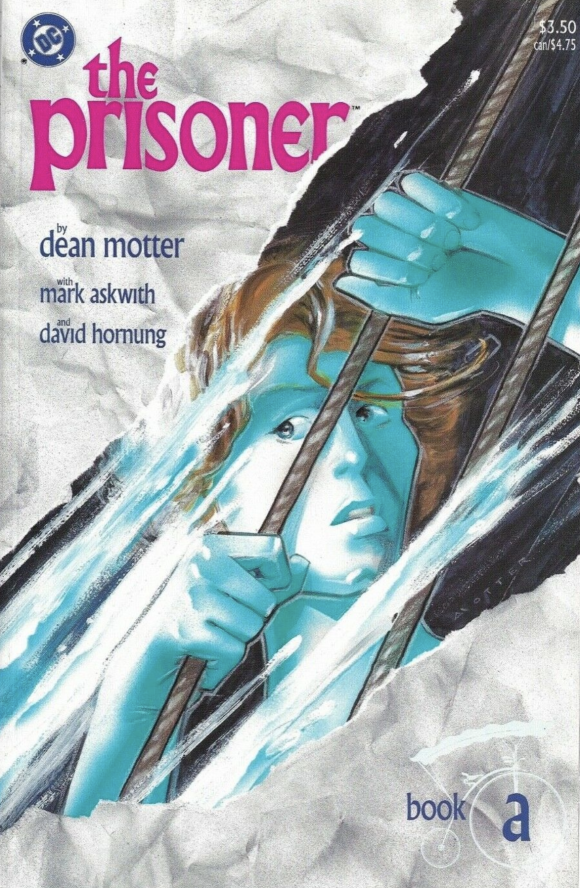 Valkyrie #3, Eclipse. Back in the mid- to late ‘80s, there was a little indie comics publisher out of Northern California called Eclipse, and they put out a ton of great books, my favorite of which was a revival of the Golden Age aviator hero Airboy, originally published by Hillman. Airboy soon became the biggest seller in Eclipse’s lineup, with lots of accompanying miniseries and specials. This one starred the series’ femme fatale Valkyrie, a reformed Nazi fighter pilot turned romantic interest for Davy Nelson, aka Airboy. If you ever stumble across these at a convention, grab ’em up. 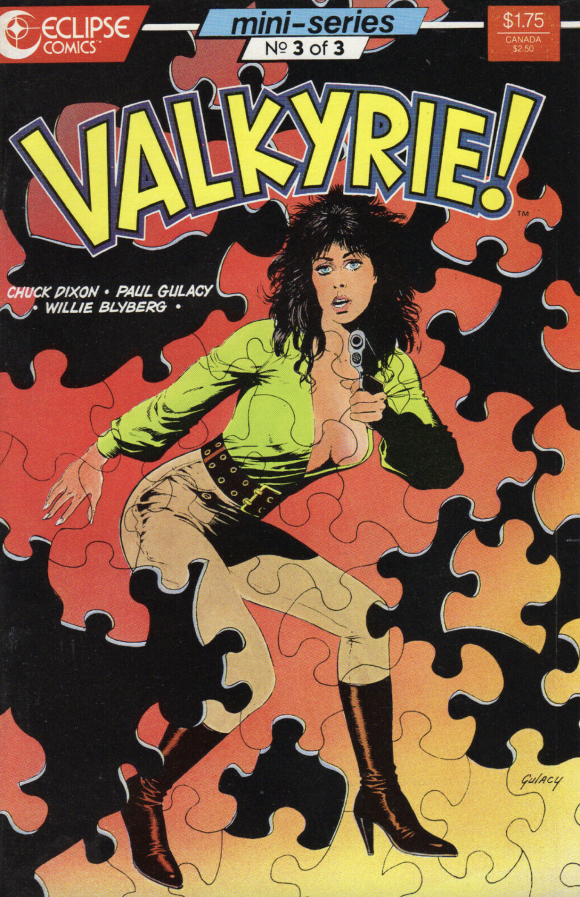