Scott and Dan hit up the comics racks from 55 years ago!

We haven’t done the ’60s for awhile, so this week for RETRO HOT PICKS, Scott Tipton and I are selecting comics that came out the week of Sept. 1, 1966.

(Keep in mind that comics came out on multiple days, so these are technically the comics that went on sale between Aug. 29 and Sept. 4.)

So let’s set the scene: Lyndon Johnson was in his only full term as president. The top movie at the box office was How to Steal a Million, starring Audrey Hepburn, Peter O’Toole and the fantastic Eli Wallach. But get this: The Sound of Music was still so popular that in mid-September, it returned to the top slot in its 80th week of release.

TV ratings for this week either don’t exist or are scarce, but the biggest show on TV was Bonanza. Also popular were The Red Skelton Show and The Andy Griffith Show. Of course, right around the corner were the premieres of Star Trek (Sept. 8), The Green Hornet (Sept. 9), The Monkees (Sept. 12) and Mission: Impossible (Sept. 17). Damn, what a time.

Donovan’s Sunshine Superman, one of the 1960s’ most enduring psychedelic pop tunes, was the best-selling single. The Top 10 was pretty dang great as a whole, particularly the Supremes’ You Can’t Hurry Love (No. 4), the Beatles’ Yellow Submarine (No. 5) and Bobby Hebb’s Sunny (No. 6). What Now My Love, by the awesome Herb Alpert & the Tijuana Brass, topped the albums chart.

Detective Comics #356, DC. If I remember correctly, that super-scaly dude in the Speedo is Alfred. No, really. Sorry, spoiler warning. 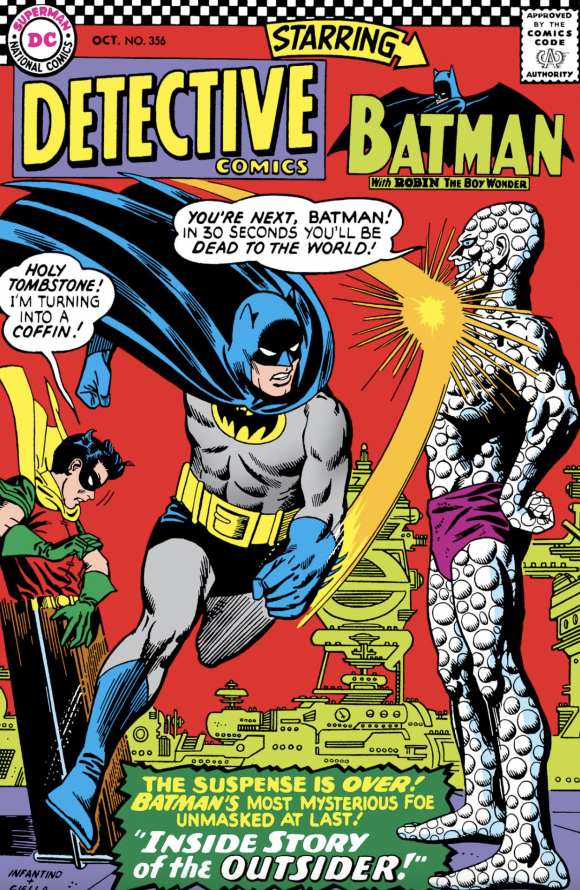 Dan adds: The climactic chapter of the Outsider saga, which really deserves its own trade collection. For those not in the know, Alfred was killed off back in 1964 around the same time a mysterious villain named the Outsider debuted. But evidently the TV poobahs wanted Alfred on the 1966 show, so DC finagled a way to bring him back — and revealed that he was really the Outsider. To this day, the milk-white dude with the boils all over his body remains one of my fave Bat-villains. As a kid in the ’70s, I read the reprints in Batman, Detective and Batman Family. Couldn’t get enough.

Batman #186, DC Comics. If that wasn’t strange enough, over in the pages of the other DC Batman series, readers were being introduced to the Joker’s new sidekick, a dwarf clown named Gaggy. You heard me. Gaggy was so popular he returned only 43 years later. 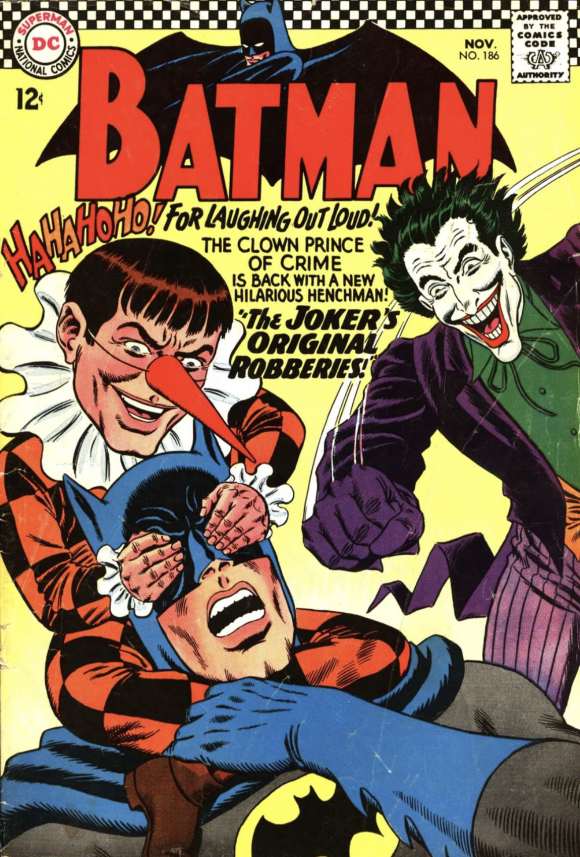 Dan adds: To be completely transparent, one of the reasons I picked this week was because two of my all-time favorite Bat-comics came out. Detective #356 and this Silver Age classic starring the aforementioned Gaggy, a character frequently cited as a low point in the Caped Crusader’s publication history. If by “low point” you mean “high point,” I’m right there with you. Batman #186 also has a very special place in my heart: It was one of the first back issues I bought at a comics convention, when I was about 12. Oh, and love the Murphy Anderson cover!

The Flash #165, DC Comics. It’s Barry Allen’s wedding day! And it wouldn’t be a Flash wedding without the Reverse-Flash showing up to kill the bride. Maybe just invite him next time, Barry. 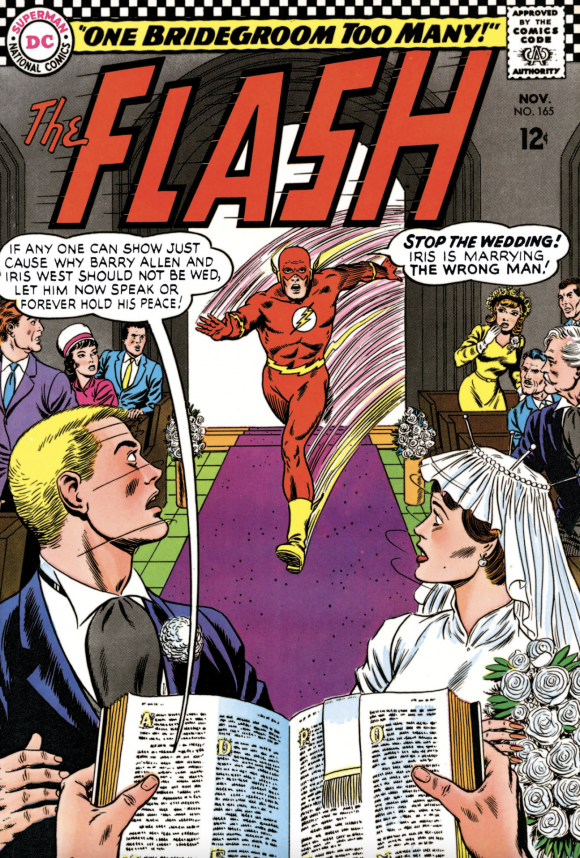 Thor #134, Marvel. Lee and Kirby in the thick of their storied run on the God of Thunder, with the introduction of the High Evolutionary. Plus, Tales of Asgard, as per usual! 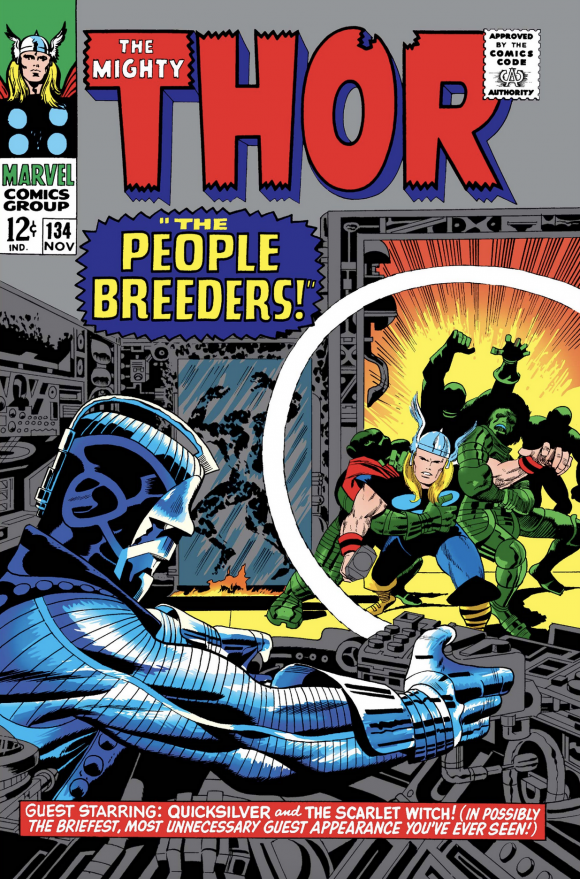 Adventure Comics #349, DC. Remember when all it took to create a new villain was to pick a noun and put an “o” on the end? Well, here we get the debut of Universo! (My fave was Eclipso, by the way.) And, apropos of nothing, in the ’70s I created a villain called Inviso for my Mego rogues gallery. He was invisible, of course, so I didn’t have to buy anything. 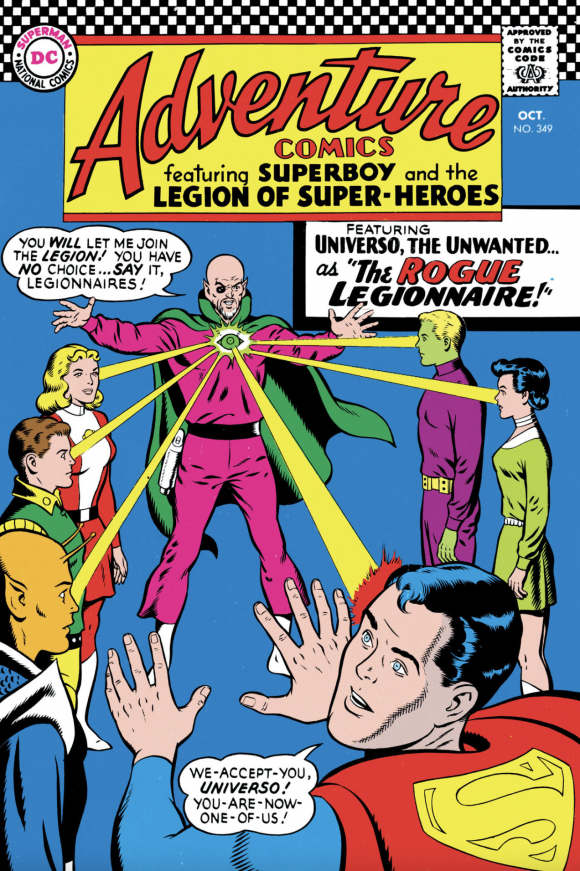 Captain Atom #83, Charlton. Hey, it’s the first appearance of Ted Kord Blue Beetle! And even if it weren’t, how could you possibly turn down Ditko from cover to cover? I couldn’t! 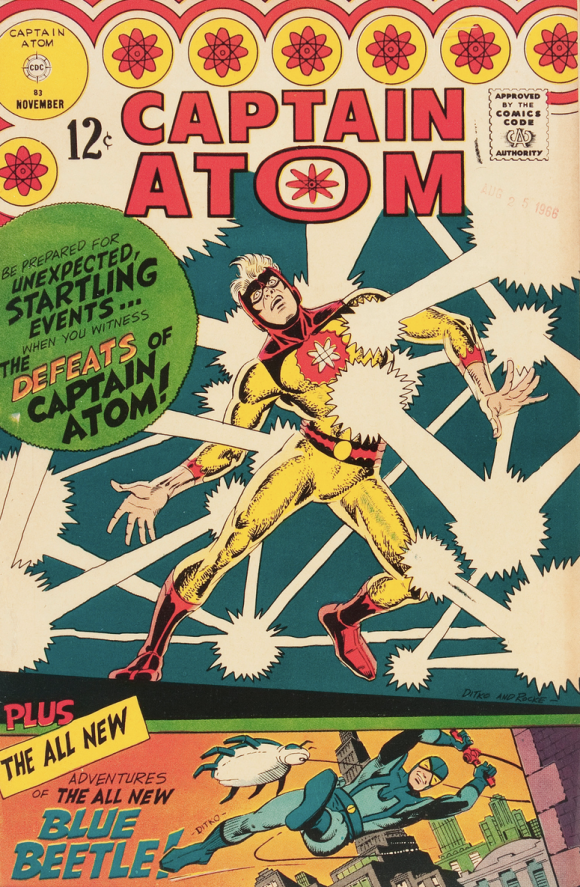 Tales to Astonish #86, Marvel. Oh, the days when Marvel had to split their books. In this issue you get Namor, the Hulk, Stan Lee and the art of John Buscema, Mike Esposito, Jerry Grandenetti and Bill Everett behind a Gene Colan/Everett cover. Not bad for 12 cents. 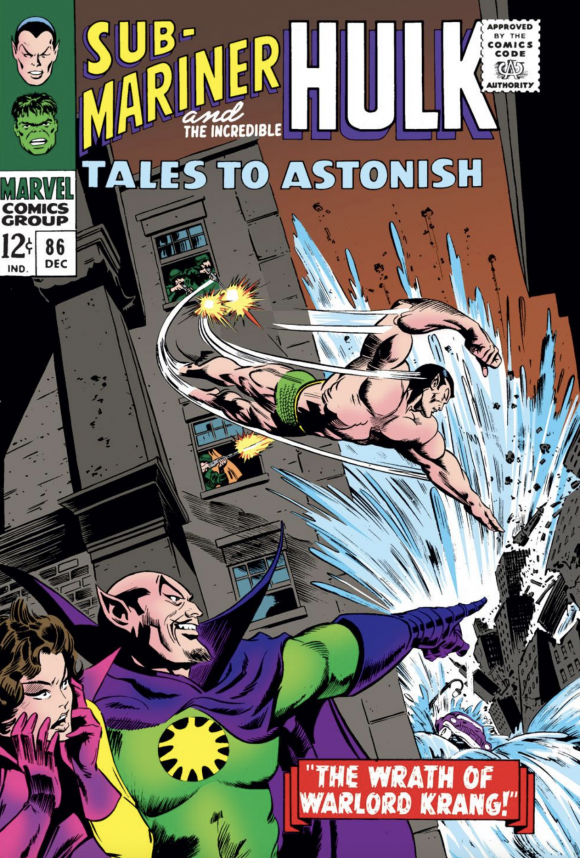 Dracula #3, Dell. I love when Dell tried to turn Dracula and Frankenstein into superheroes to try to cash in on the Batmania craze. 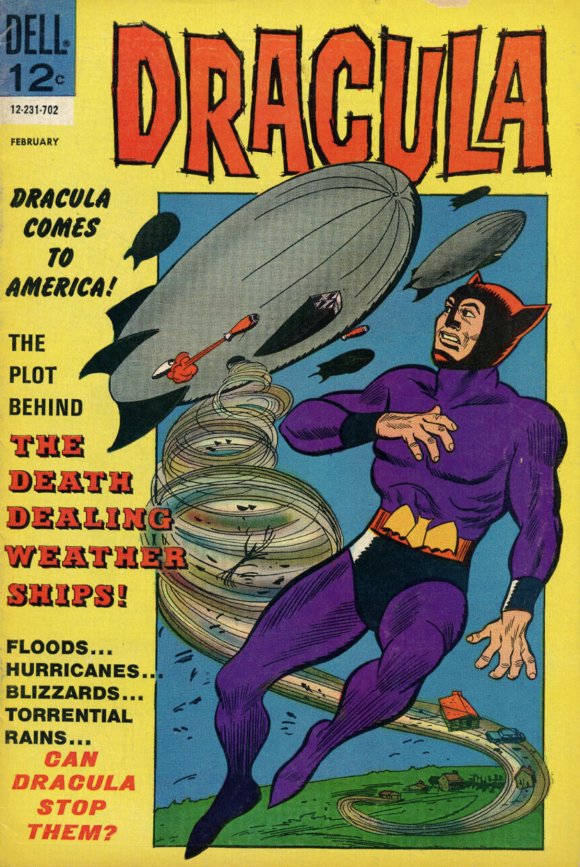 Hollywood Romances #46, Charlton. Always with the finger on the pulse, Charlton was all over that “in” group the Rolling Stones — two years after they took part in the British Invasion (and a year after Satisfaction came out.) Still, I wonder whatever happened to those guys? 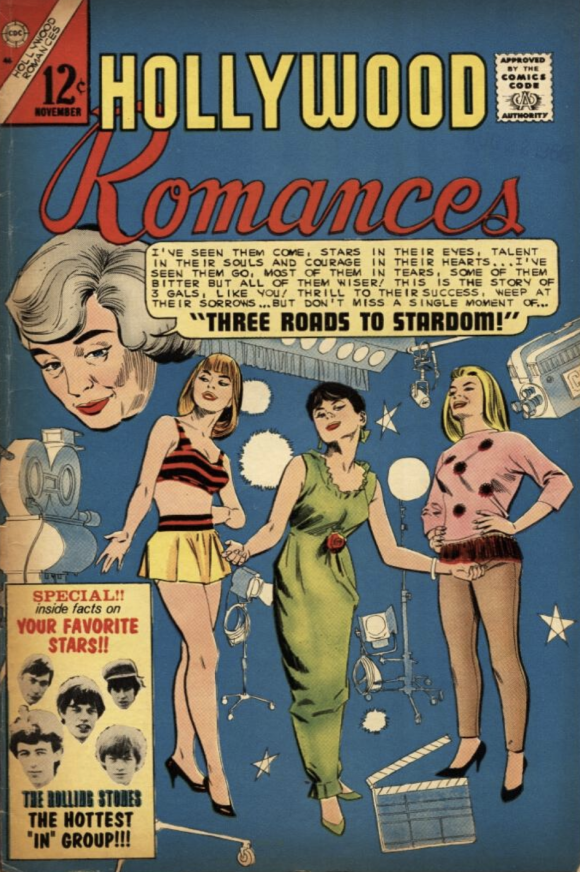 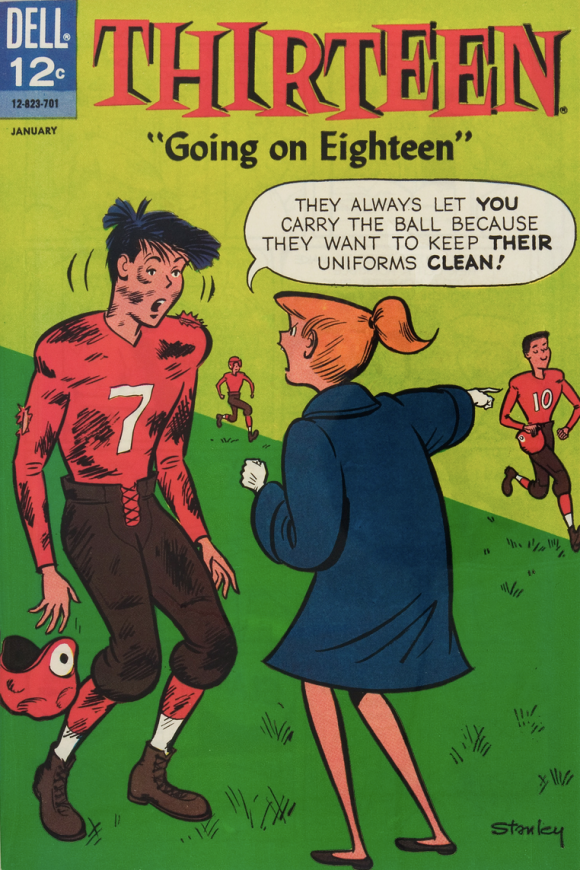