Scott and Dan — with special guest Tom Peyer — hit up the comics racks from 56 years ago!

This week in RETRO HOT PICKS, our guest is Tom Peyer, editor-in-chief of AHOY Comics, an all-around witty dude and the writer of 13th Dimension fave The Wrong Earth and its sequels.

Since we kicked off RETRO HOT PICKS months ago, we’ve stayed in the Bronze Age. But now, for the first time, we’re cranking the Wayback Machine to the Silver Age, specifically the week of Aug. 12, 1964 — an unbelievably great week in comics.

(Last time, it was books that went on sale the week of Aug. 5, 1983. Click here to check it out. Also: Keep in mind that comics came out on multiple days back then — as has become the case now. So these are technically the comics that went on sale between Aug. 9 and Aug. 15.)

Now, ordinarily, I set the pop-culture scene before we get to the picks but, ever enthusiastic, Tom did it himself. 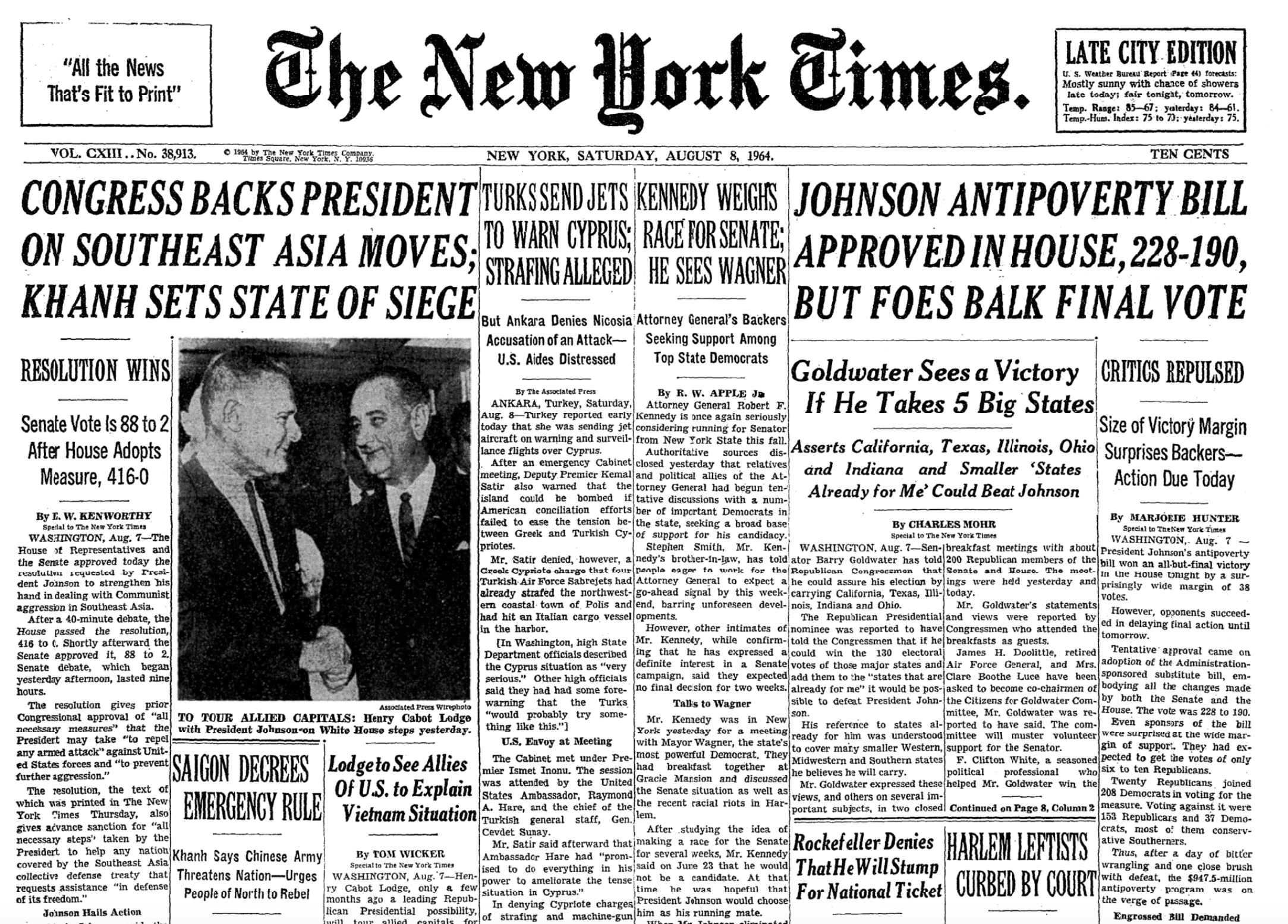 — Congress had just given President Johnson authority to escalate the war in Vietnam, which went really well.
— Richard Lester’s A Hard Day’s Night opened in theaters. Who starred in it is not important.
— James Bond creator Ian Fleming was tragically sucked out of the bullet-shattered porthole of an airborne private plane and died.
— More tragically, CBS bought the New York Yankees, cursing the team to eight years of irrelevance.
— Still more tragically, Dean Martin’s Everybody Loves Somebody was the week’s #1 song. Soon he would be dethroned by The Supremes and whoever it was that did the soundtrack for Richard Lester’s A Hard Day’s Night.

Nothing that happened in 1964 is nearly as significant the first few issues on this list. Imagine being the 10-year old who read all of these on the same day. What would be the long-term effects? Can we go back in time and prevent it?

The Amazing Spider-Man #18, Marvel: In the best single issue I — or anyone — ever read, Peter Parker quits being Spider-Man! Deciding it’s wrong to risk his life while ailing Aunt May depends on him, Spidey starts literally running from fights! Tense, funny, and emotional, Stan Lee and Steve Ditko’s story was like no superhero comic that came before. 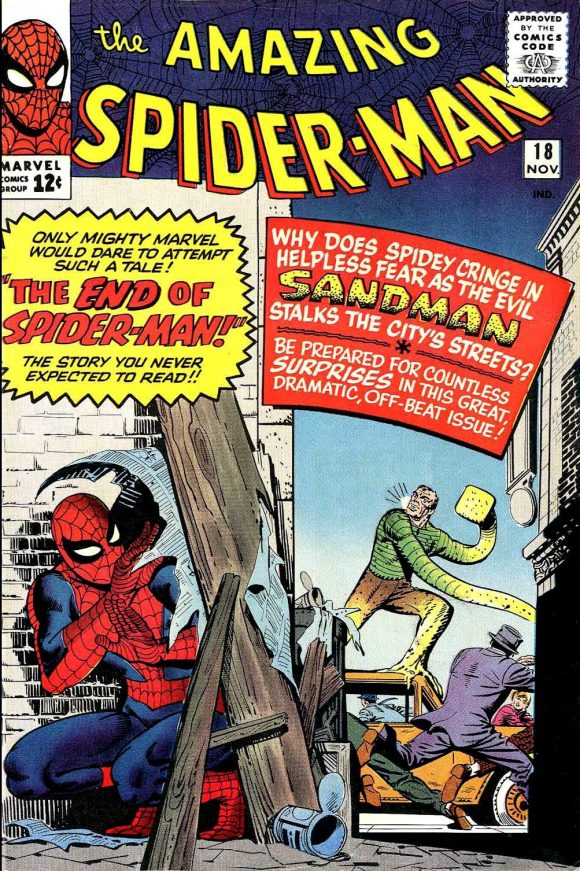 Scott adds: What an incredible Ditko cover. There’s no way I could have walked away from that on the spinner rack. 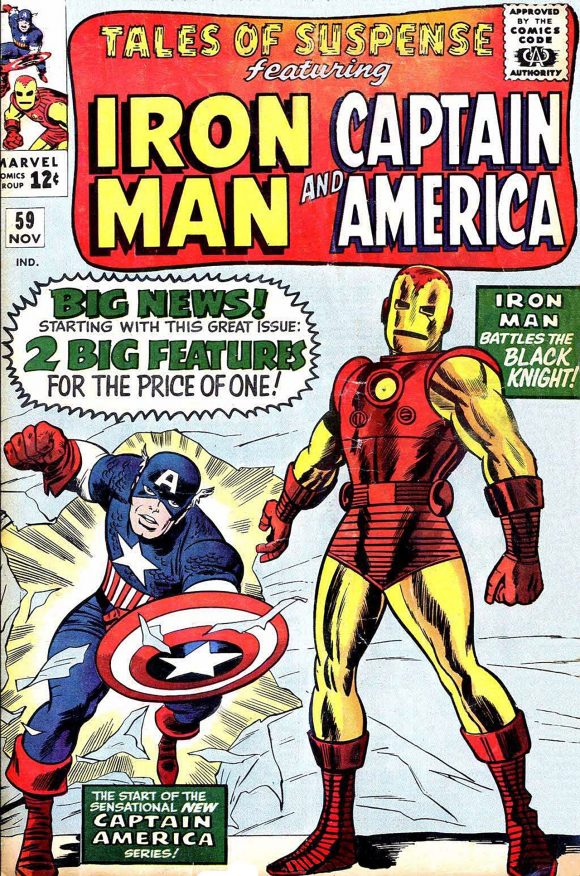 Fantastic Four #32, Marvel. The Lee/Kirby epic that taught Sue and Johnny Storm’s no-good father a big lesson: Naming yourself “the Invincible Man” is practically begging to be killed! Between this and Avengers #9, it’s a huge week for jerks who redeem themselves by laying down their lives. 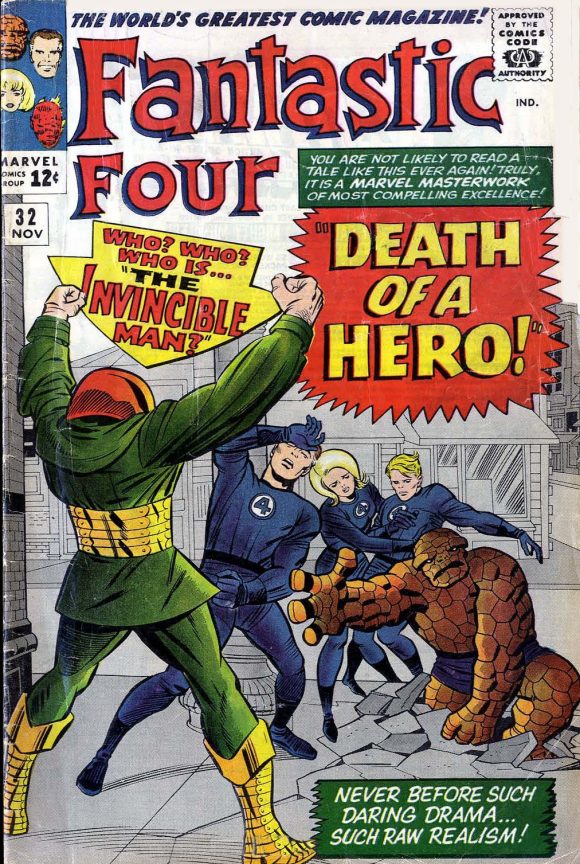 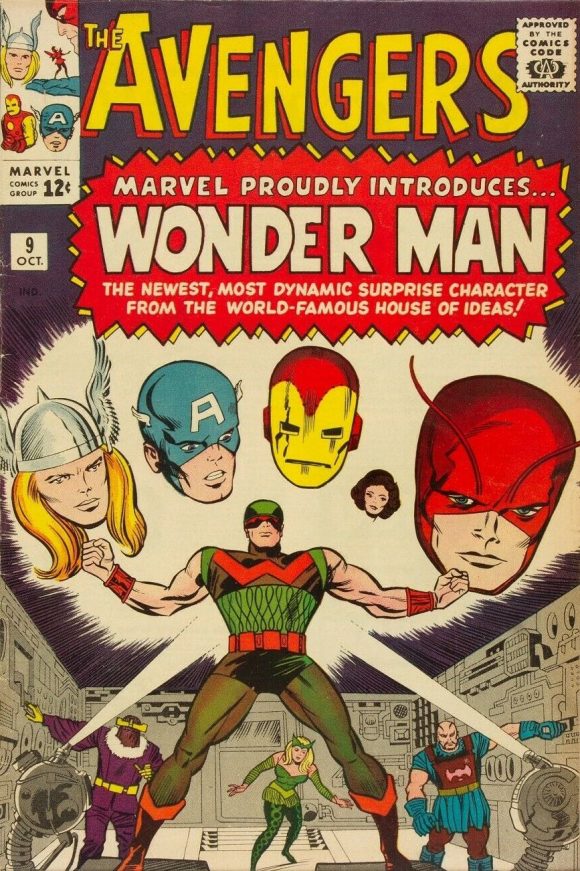 Scott adds: I know lots of people hate it, but I love the original Jack Kirby Wonder Man design. That’s a great floating-head Kirby cover, too.

Dan adds: You can never have too many floating heads.

Tales of the Unexpected #85, DC. I’m calling it: Marvel wins the week! 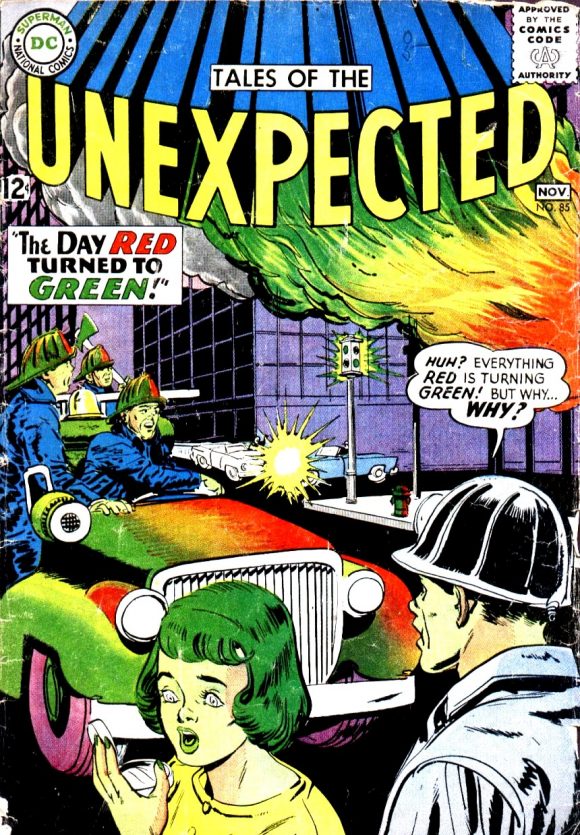 Tom’s not wrong. Marvel easily won the week. DC hardly released anything, but if they had, I’d have picked up these books that were released this month: Detective Comics, The Atom, Hawkman and Green Lantern among others. That’s cheating, though, so here are a couple of titles I dig from this week:

Bonanza #10, Gold Key. I have never, not once, watched an episode of Bonanza. That probably seems impossible but I’ve never watched Gunsmoke either. I just liked that we once lived in a world where a Bonanza comic could last 37 issues across seven years. Because anything could be a comic. 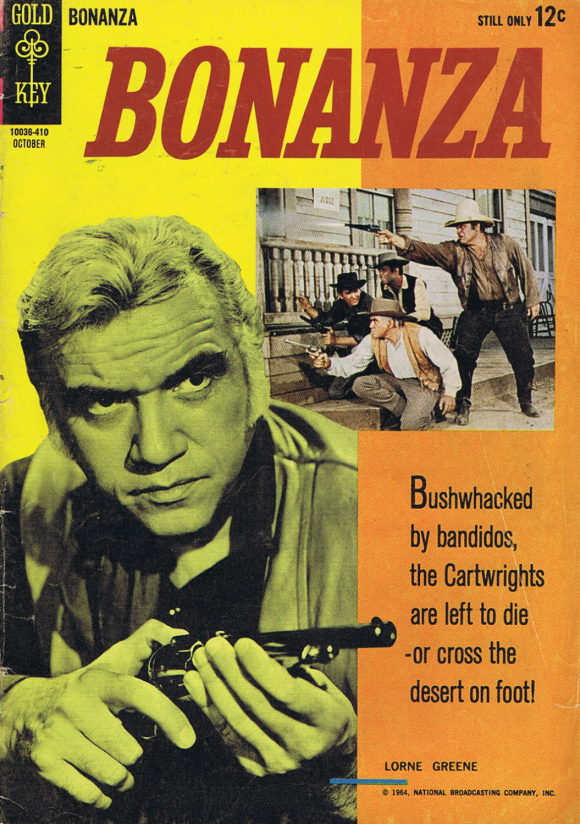 The Adventures of Bob Hope #89, DC. But the Cartwrights had nothing on Bob Hope, whose comic ran for 109 issues across 18 years. 18 years! Hawkman’s never run for 18 years! 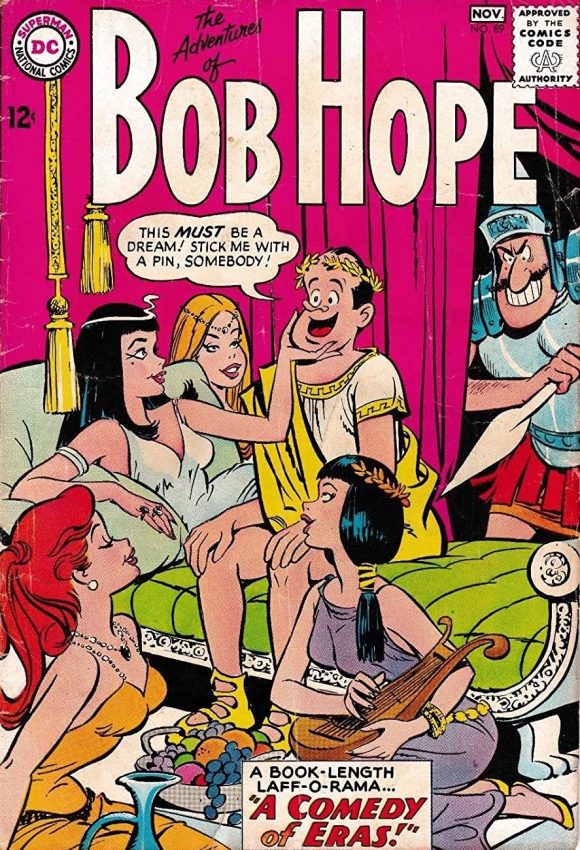 Strange Tales #126, Marvel. Not only do we have here the first appearance of Doc Strange’s longtime love Clea, but there is so much Ditko goodness in this issue with Dormammu in the Dread Dimension. You can tell Dr. Strange was getting more popular as he’s beginning to get a portion of the covers. 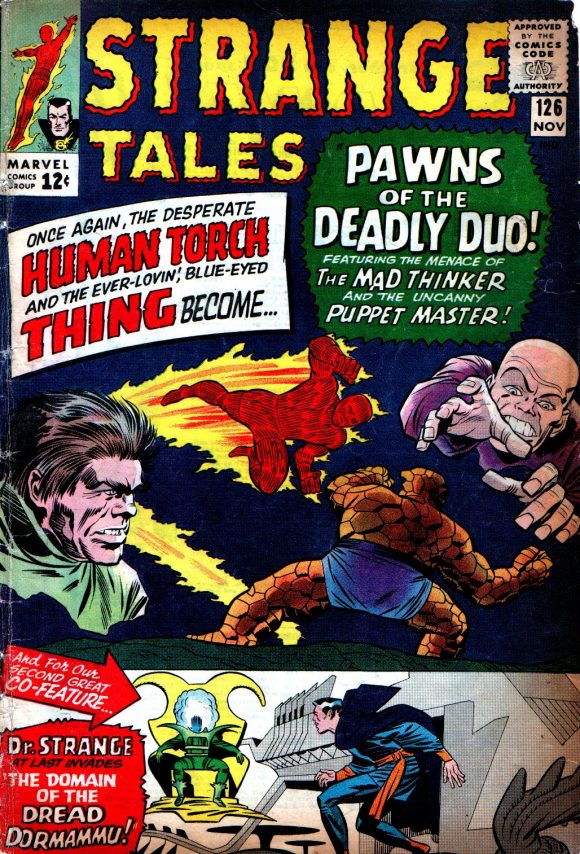 Tom adds: The Torch/Thing lead stories were starting to sag and wheeze just as the Dr. Strange backups were getting brilliant. Here, Lee and Ditko introduce the Doc’s longtime apprentice, Clea, and his smoky-headed foe, the dread Dormammu! What a week!

Superman’s Girl Friend, Lois Lane #52, DC. Hey, it’s that issue where Lois Lane gets jealous and does some crazy stuff. I love that one. (Not kidding, I really do. I’m a sucker for Silver Age Lois Lanes. Reliably wacko and satisfying.) 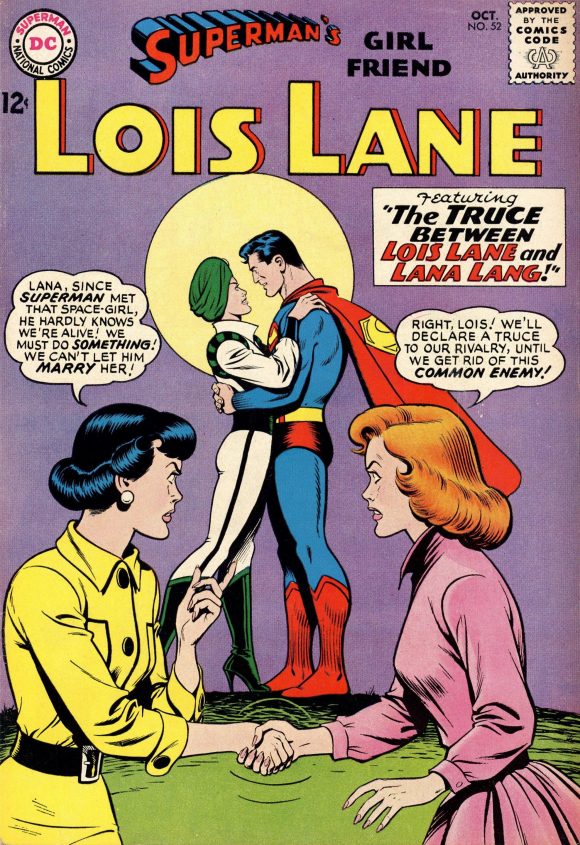