Scott and Dan — with special guest Sandy Jarrell — hit up the comics racks from 46 years ago!

This week on RETRO HOT PICKS, our guest is Sandy Jarrell, one of the grooviest artists around. (Click here to check out some of his gorgeous recent work.)

(Keep in mind that comics came out on multiple days back then — as has become the case now. So these are technically the comics that went on sale between July 26 and Aug. 1.) 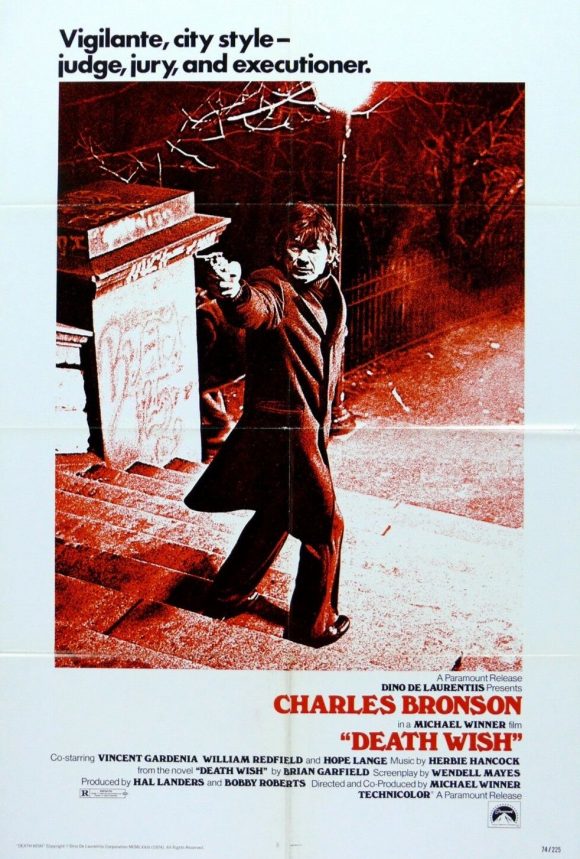 So let’s set the scene: Richard Nixon was in the final days of his presidency. He would resign Aug. 8, 1974. It was kind of a big deal. The controversial Death Wish unleashed a franchise for star Charles Bronson. It was summer rerun season but the most popular shows on TV included All in the Family and The Waltons. John Denver’s Annie’s Song topped the Billboard singles chart with Elton John’s Don’t Let the Sun Go Down on Me in the second slot. On the albums chart it was reversed: Elton’s Caribou was tops, while Denver’s Back Home Again was in the runner-up position. But if you ask me, Eric Clapton’s 461 Ocean Boulevard (the #5 album) was better than both.

Action Comics #440, DC. I’ve got a huge soft spot for Superman stories from this period, but this one’s pretty unspectacular. It’s the Nick Cardy cover I specifically remember pulling my bike over halfway home from shopping just to gaze at. It still knocks me out. 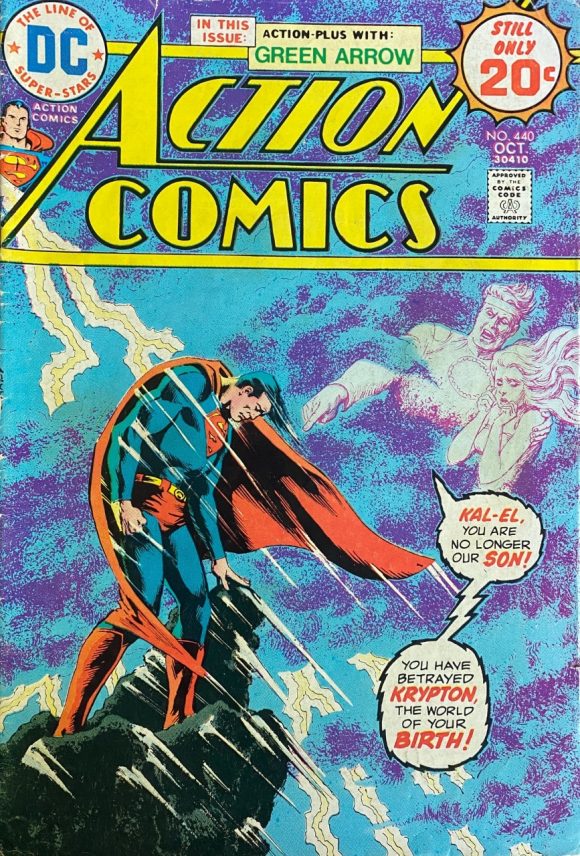 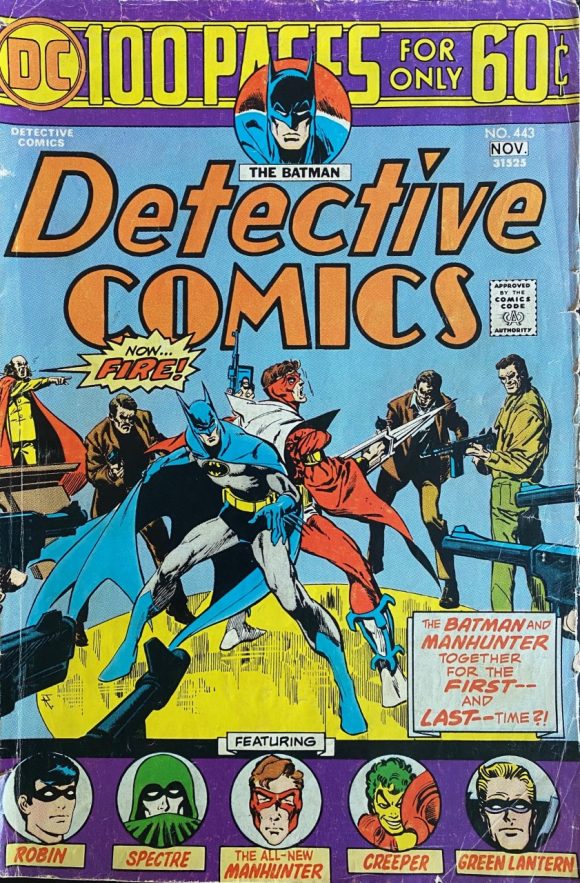 Dan adds: I’ve been doing a Silver and Bronze Age re-read and am really looking forward to revisiting these issues.

Tarzan #233, DC. Kubert’s Tarzan is the best Tarzan. Fight me. And eight pages of Alex Niño’s Korak is an A++ backup. 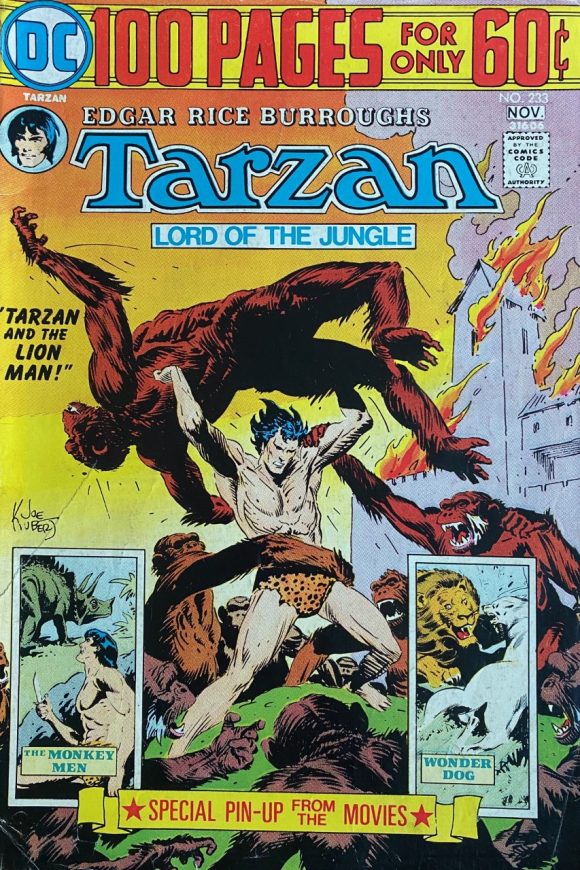 Dan adds: Peace, brother. I’m right there with you. 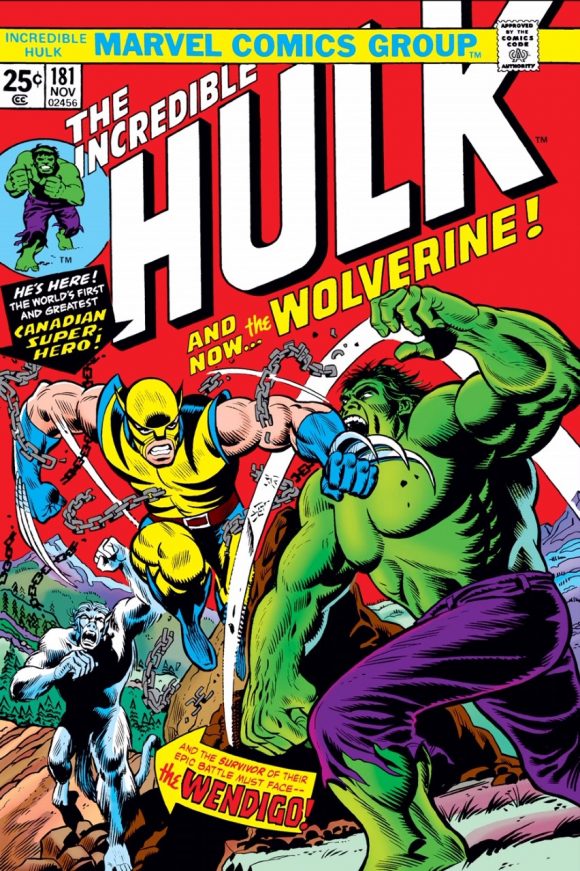 Not from Sandy’s collection

Dan adds: I have the Facsimile Edition. Does that count?

Secret Origins #7, DC. A comic I could never resist as a kid. I was just drawn to that logo like a moth to flame. 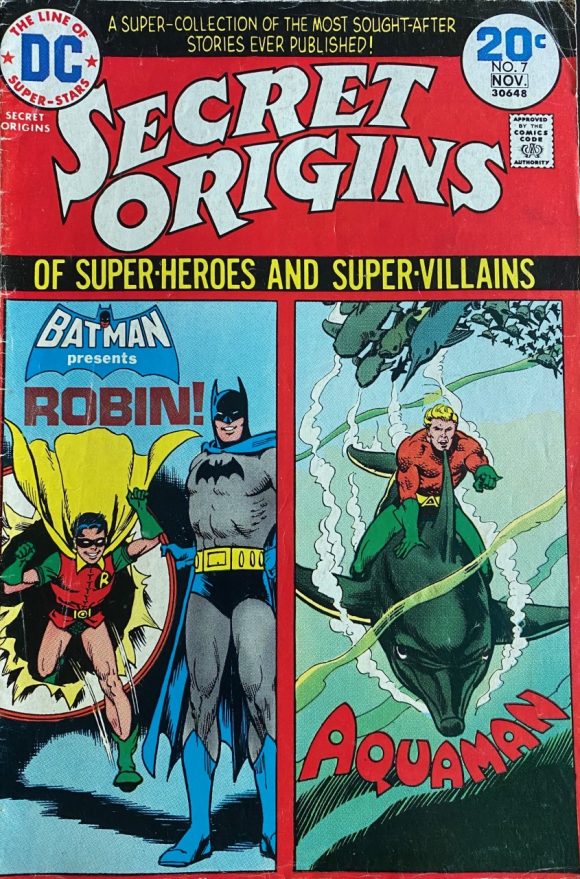 Sandy adds: I was a sucker for Golden Age reprints even as an infant.

Dan adds: I’m fairly certain I had this. And, hey, I had the Megos too!

Tomb of Dracula #26, Marvel. Even as young as I was, I knew that when I looked through an issue of Tomb of Dracula, it was something special. So much moodier than anything else on the racks, and genuinely creepy. 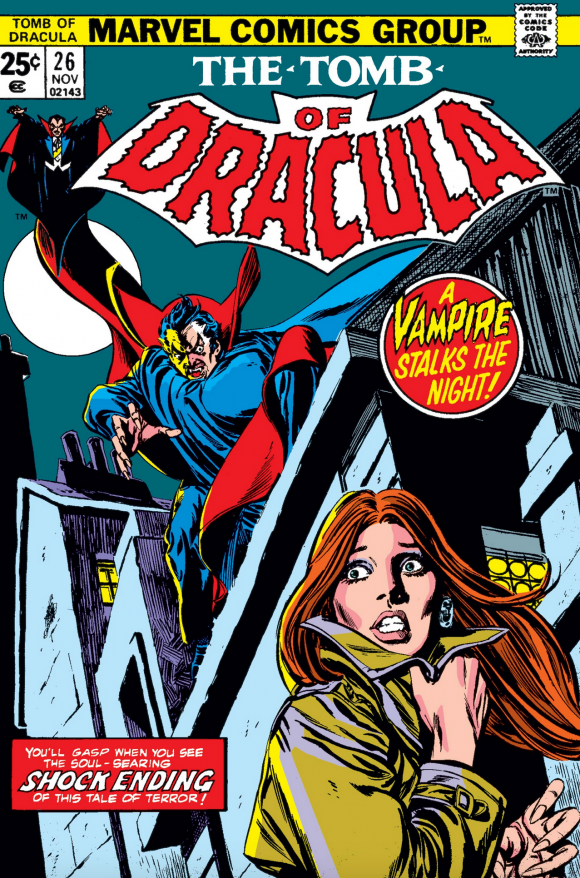 Pep #294, Archie. I have no idea if I read this issue or not but this is the summer I met Paul Kessin at summer camp and we became fast friends. I learned about Archie through Paul and his sister Nina, so it’s entirely plausible that I’ve read this. Either way, it’s summertime and Archie represent! 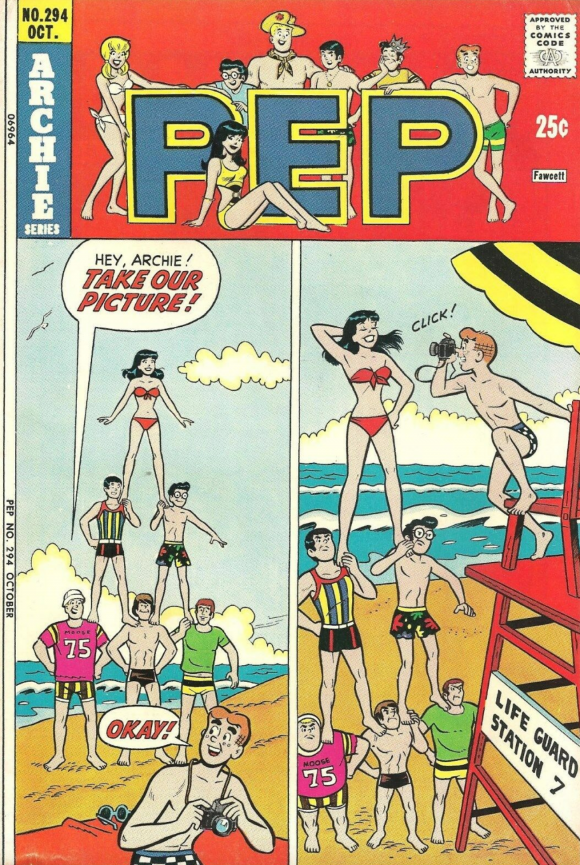 My other picks have been noted already but I do want to add that this was a helluva time for comics for me. I’m pretty sure this was around the first time I went to a comics shop (with Paul), in Highland Park, N.J. and there are A LOT of favorites that came out this month and early August. But to name them would be cheating, so I guess they’ll just have to wait until another time. (Hint: The Brave and the Bold, Amazing Spider-Man and a Superman treasury were big hits with me.)