In the eighth of a series of nine weekly tributes to the great artists of the Silver Age, Arlen Schumer spotlights one of the greatest of them all, NEAL ADAMS.

Arlen’s The Silver Age of Comic Book Art is revised and back in print, a lustrously illustrated hardcover, coffee-table book. Across nine weeks we’ve been serializing excerpts from nine chapters, shining a deserving spotlight on greats like Infantino, Kirby, Steranko, Kane and more. 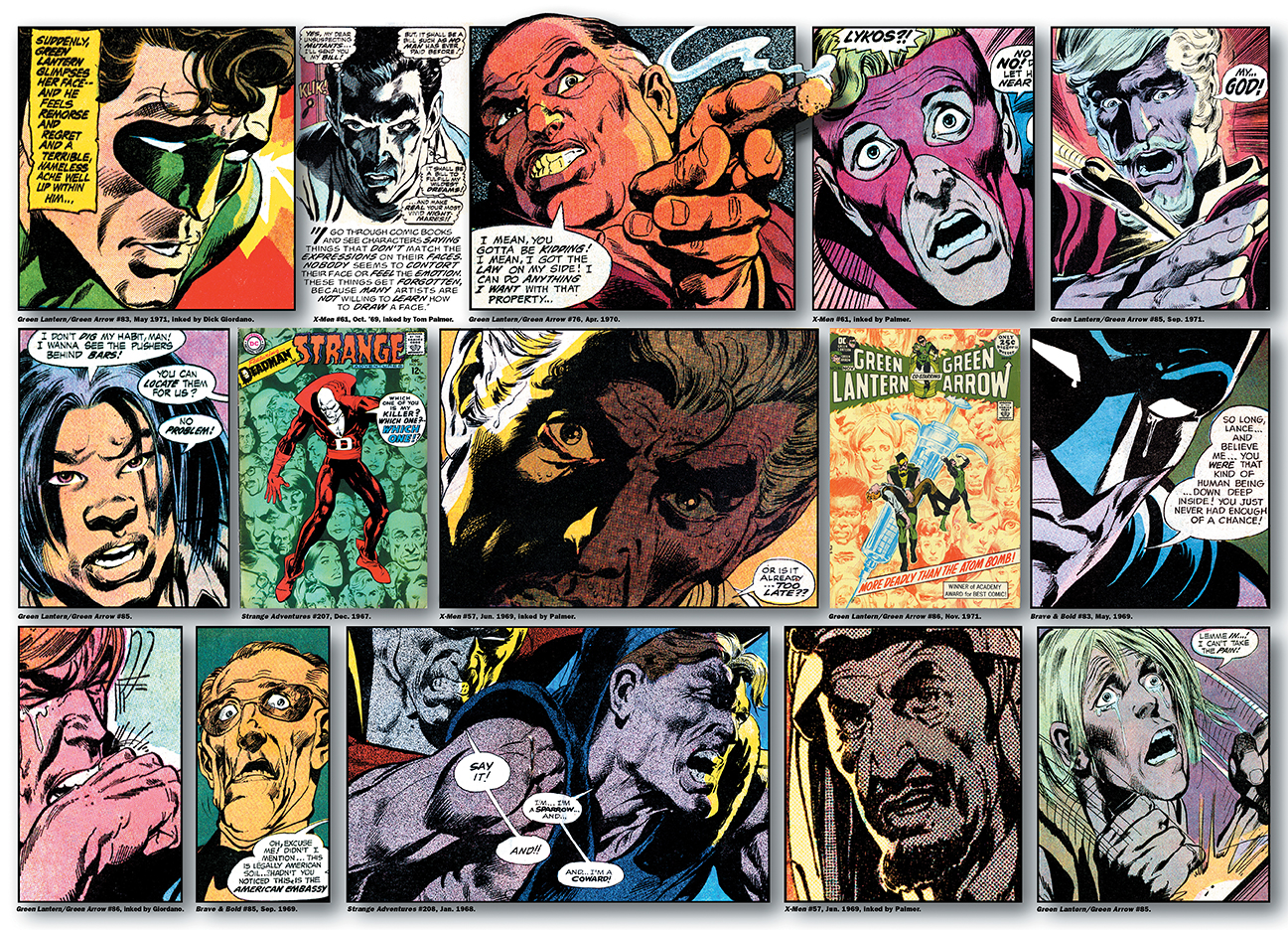 The body of work Neal Adams produced near the end of the Silver Age caused something akin to a revolution in comic art.

If Jack Kirby’s approach was the ultimate in larger-than-life, stylized exaggeration, Adams’ was the opposite: a unique blend of dynamic anatomy and photographic realism that made the fantasy worlds of superheroes visually believable in ways never before seen.

Adams’ audacious command of anatomical foreshortening and perspective allowed his heroes to walk, run, leap and fly in smooth, flowing movements that belied their superhuman bulk. Cartoony, stock expressions were replaced with a full range of human emotions. 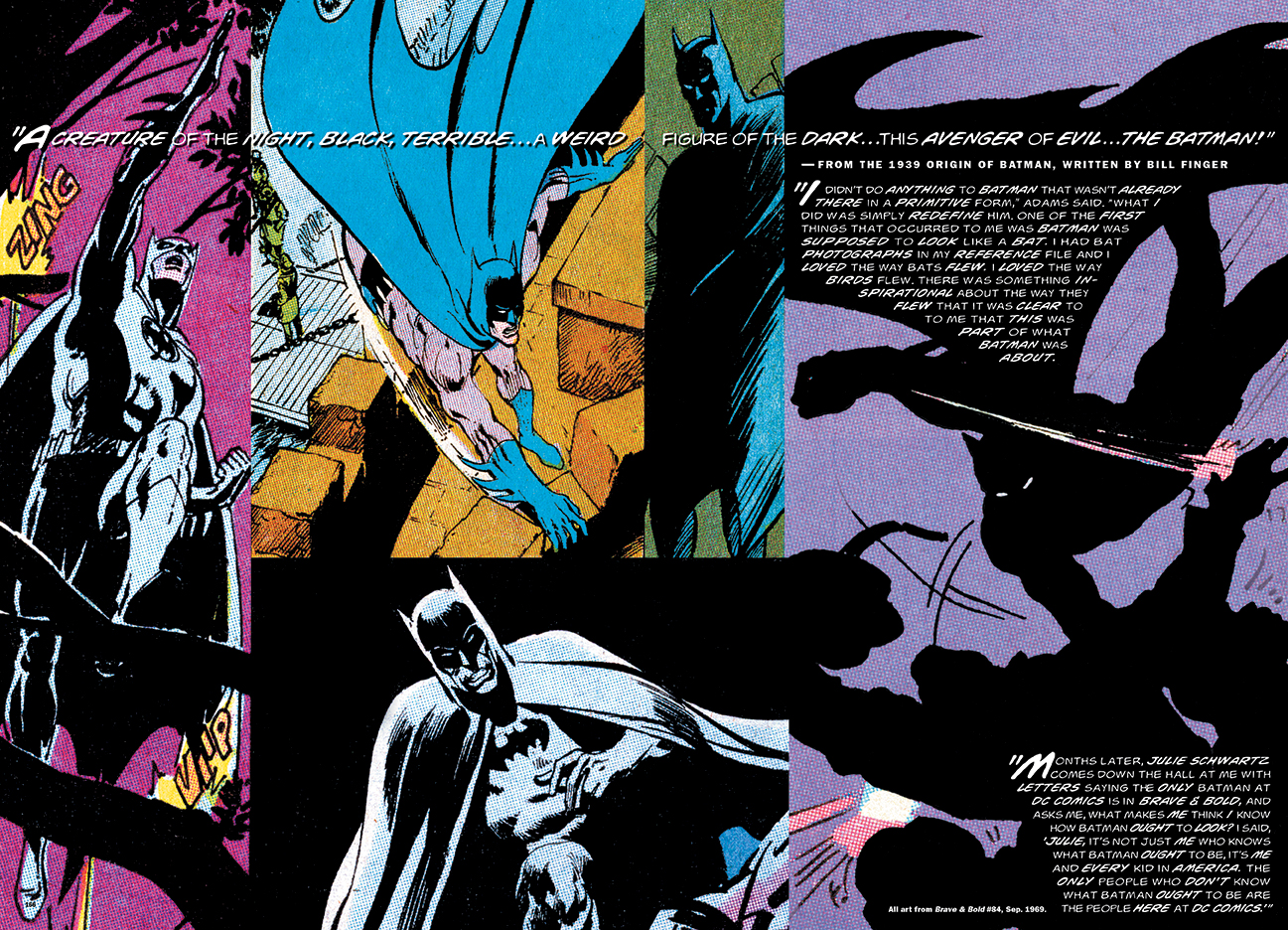 His pen-and-brush inking style — honed during his years spent drawing a black-and-white comic strip — set new standards for the delineation of form, light and shadow, making Adams as  influential a pen-and-ink comic artist as Milton Caniff and Alex Raymond.

Adams‘ page layouts, compositions and panel sequences were as breathtaking as they were risk-taking, keeping him apace with his creative contemporary, Jim Steranko.

During this period, which straddled the 1960s and ’70s, Adams forged definitive artistic identities for several leading characters, while his renditions of practically every DC Comics character and genre on hundreds of covers effectively gave the company its only bulwark against Marvel’s artistic hegemony of Kirby and Steranko. 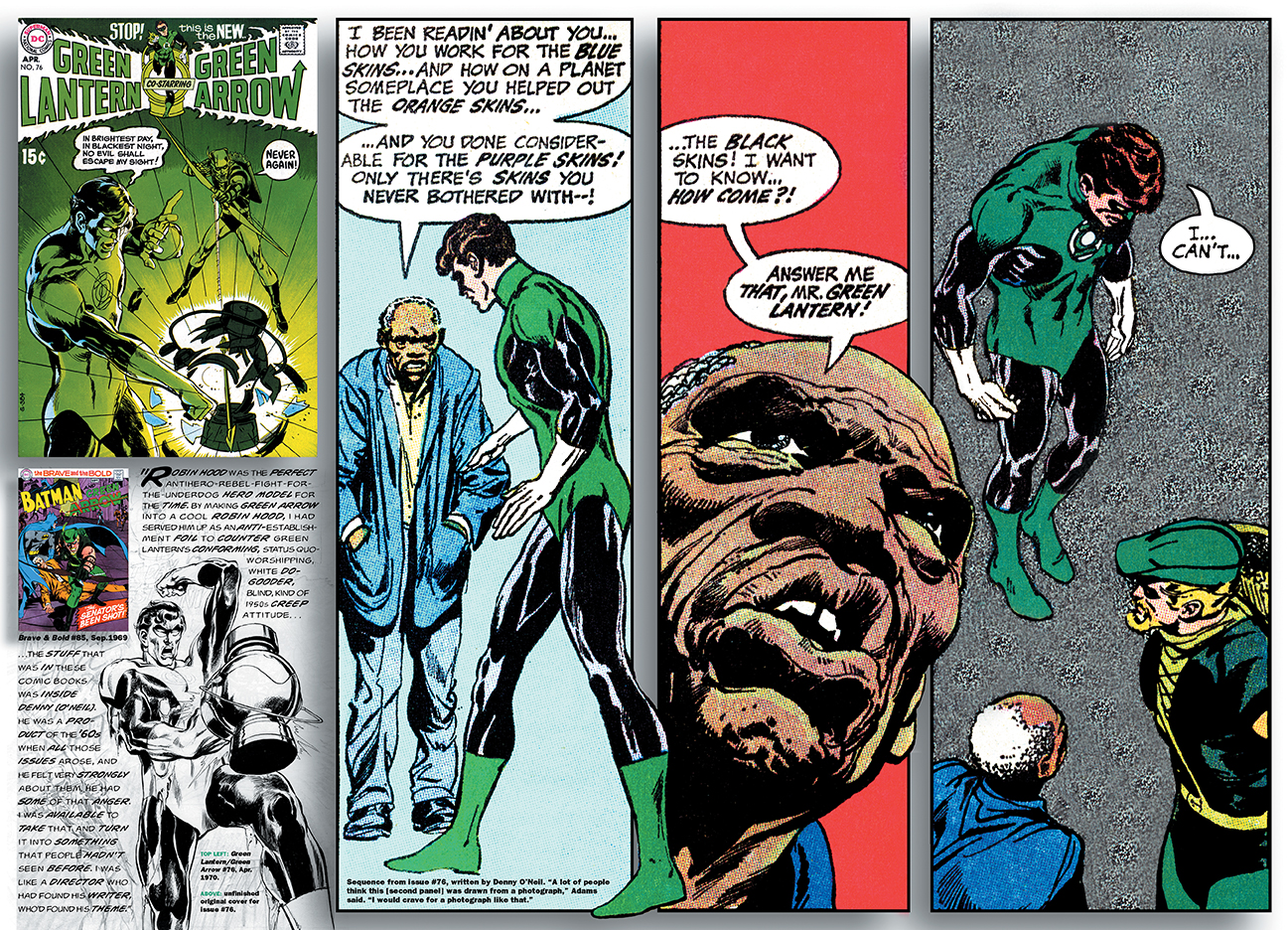 The cumulative effect of Adams’ work signaled a sea change in the look of comic book art itself. His visual acuity enabled his writer collaborators to break new ground telling the kinds of stories that could be told in comic books, and in doing so, impacted an entire generation of comic creatives, opening their eyes to the potentials of the medium.

For Neal Adams occupies a unique place at the crossroads of comic-book history: Perhaps more than any other artist, his work is the bridge between the end of the Silver Age and, with its plethora of graphic styles, today’s Modern Age of comic book art. 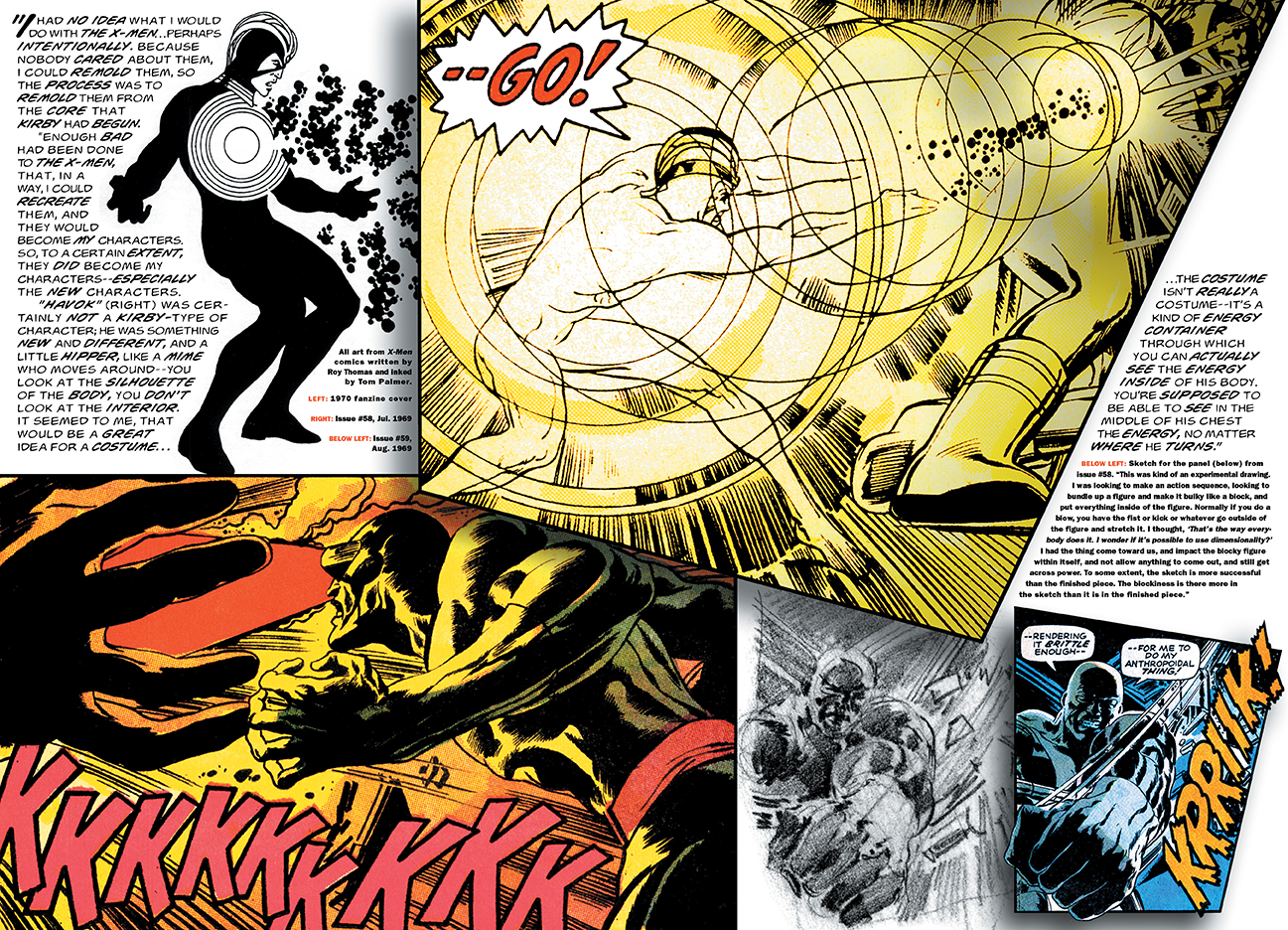 NEXT WEEK: THE FINAL CHAPTER