Paperback collections that never go out of style… 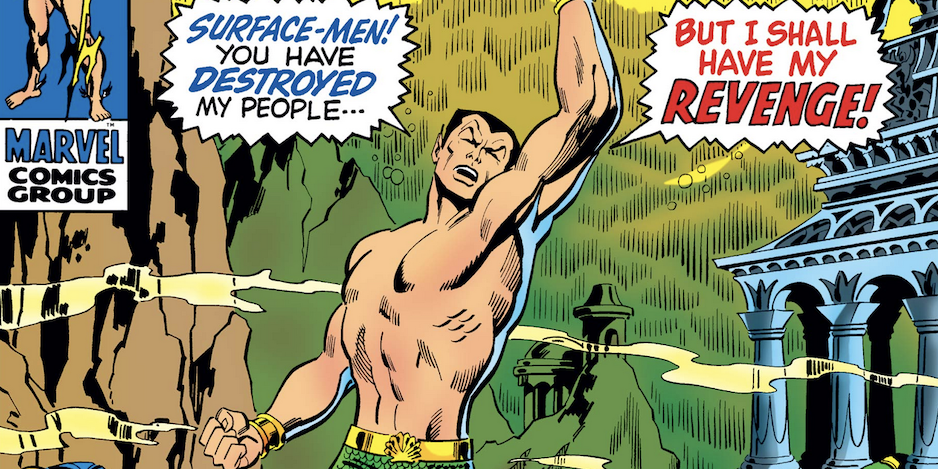 Marvel’s Epic Collection schedule for January-March 2023 is making the rounds and there are three juicy ones from the Silver and Bronze Ages headed your way.

Oh, and there’s a number of re-releases coming, as well. Click here to check those out.

Meanwhile, here are the newbies on tap. Dig these official descriptions posted on Amazon: 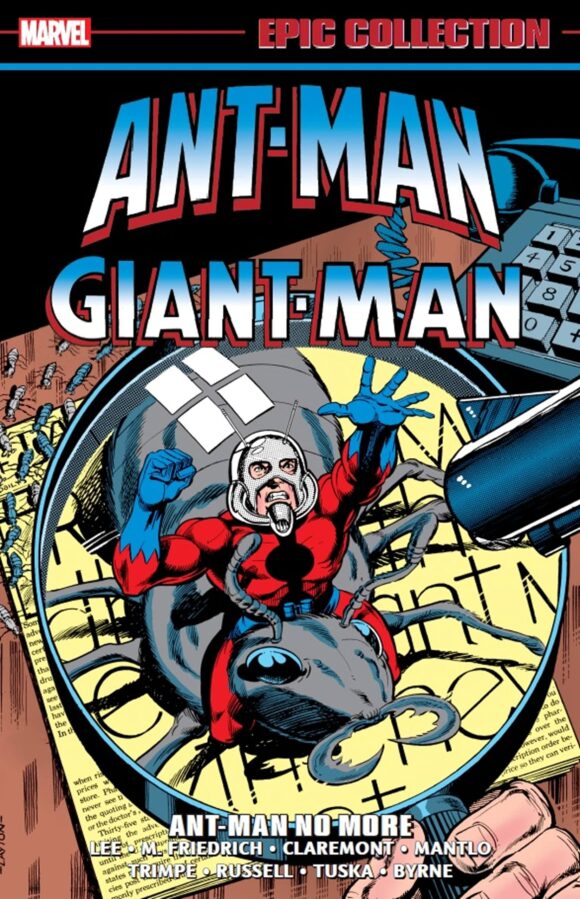 Progenitor of the famous Pym Particle, biochemist Dr. Henry Pym started off his super-heroing life as the tiny Ant-Man and then burst into a new role as Giant-Man. The Avengers co-founder’s adventures with the Wasp continue in our second Epic Collection as they beat back the Beast of Berlin and battle other adversaries big and small. After their starring roles in Tales to Astonish and Marvel Feature conclude, there’s a new Giant-Man on the block—Pym’s friend and lab partner Bill Foster becomes the Black Goliath in a series all his own. Last, but far from least, we present the debut of Scott Lang as Ant-Man, the small hero who has made it big both in Marvel’s comics and on the silver screen! 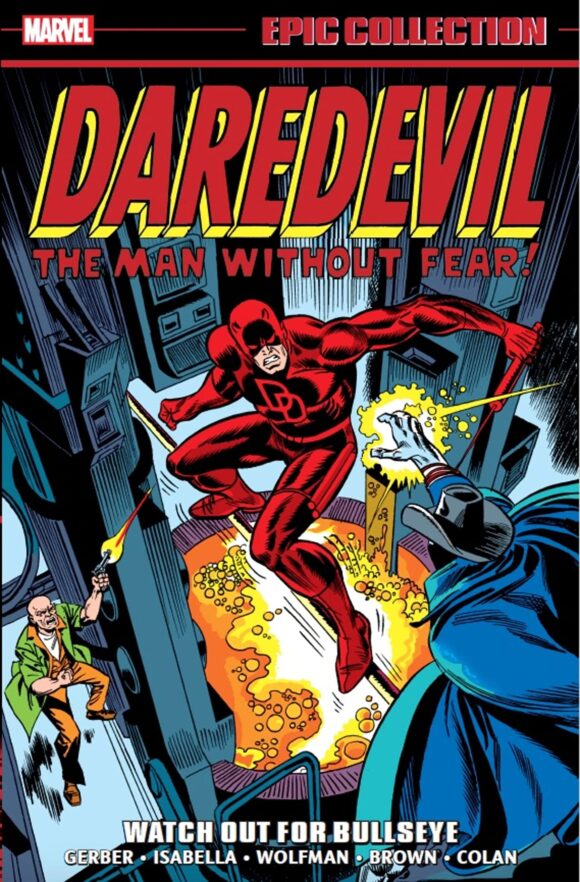 In this Epic Collection, Daredevil, the Black Widow and Shanna the She-Devil must join together to uncover the secret leaders of Black Spectre, an organization bent on bringing the United States to its knees. It’s a massive saga that will pull in heroes from across the Marvel Universe, culminating in a battle on the White House lawn! Classic villains like the Gladiator and the Owl also abound, and new enemies emerge when Death-Stalker hatches a plan that brings the Man-Thing into the fray. Then, Daredevil and S.H.I.E.L.D. confront a renewed Hydra. And finally, the Man Without Fear’s life changes forever when Bullseye, the madman with perfect aim and no mercy, makes his debut.

NAMOR, THE SUB-MARINER EPIC COLLECTION: WHO STRIKES FOR ATLANTIS? 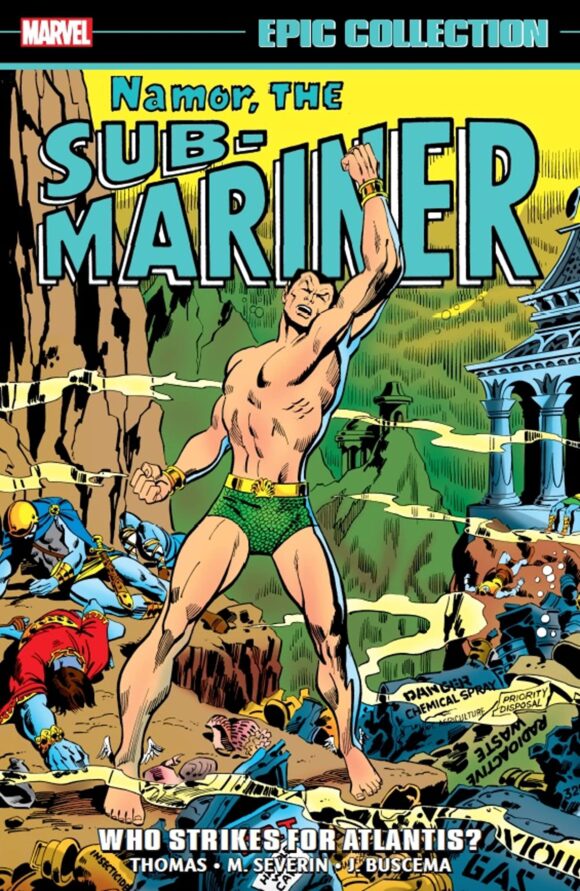 There’s no mariner like the Sub-Mariner as you’re about to see! First, our hero must march through the bloodthirsty Tiger Shark, but the truly epic confrontation begins when the man called Destiny returns. His Helmet of the Ancients is revealed to be the powerful Serpent Crown and its evil influence threatens the lives of Namor and everyone he loves. The drama ratchets up another notch when the alien Stalker robs Namor of his ability to fly and to breathe underwater. Stranded on land, the Avenging Son of Atlantis is public enemy #1 and even Doctor Doom aims for the target on his back. Also featuring a tooth-rattling fight with the Thing and the touching return of a love from Namor’s past.