For all you Silver and Bronze Age fans… 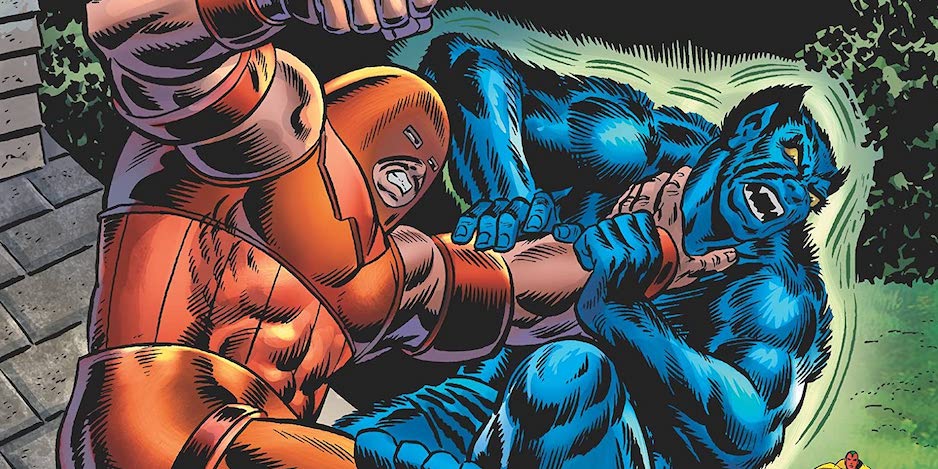 Marvel’s got a trio of new Silver and Bronze Age Epic Collections coming this winter and you will definitely want to click here to check out the list.

But it’s not just new editions in the offing. As usual, there’s a handful of sought-after re-releases on the way, as well. 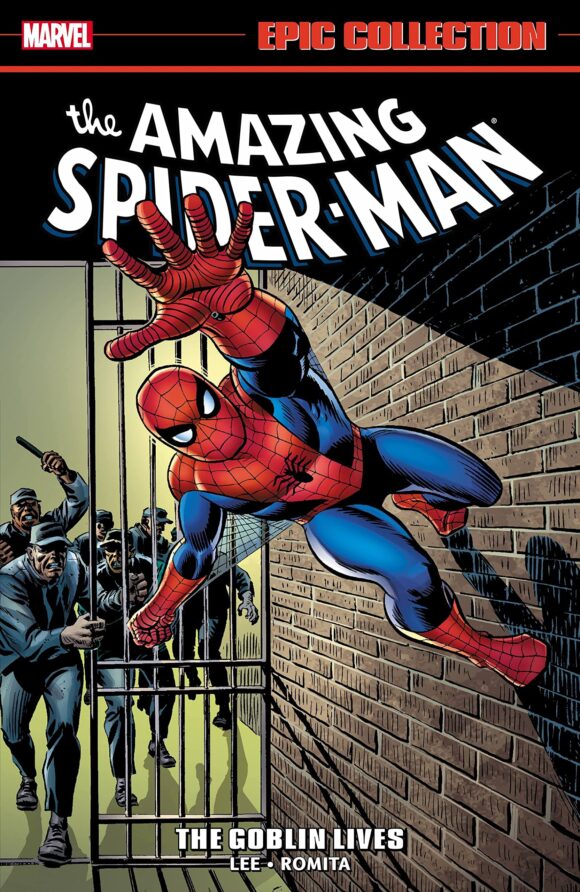 By Stan Lee and John Romita

It’s horror on the home front when Peter Parker becomes the third wheel to comics’ oddest couple! Yes, Aunt May has found a new special friend: Dr. Otto Octavius! While a klonk on the head may help Spidey forget that one, teaming up with Doc Ock isn’t going to improve his image as Public Enemy No. 1! Spidey battles his way through Ka-Zar, the Vulture and Mysterio, but his deadliest battle is yet to come: Norman Osborn has regained his memory — and the Green Goblin has returned! Spider-Man’s most dangerous foe, the only villain to uncover his identity as Peter Parker, is back with a vengeance — and the two will face off in a gigantic, 58-page magazine masterpiece! 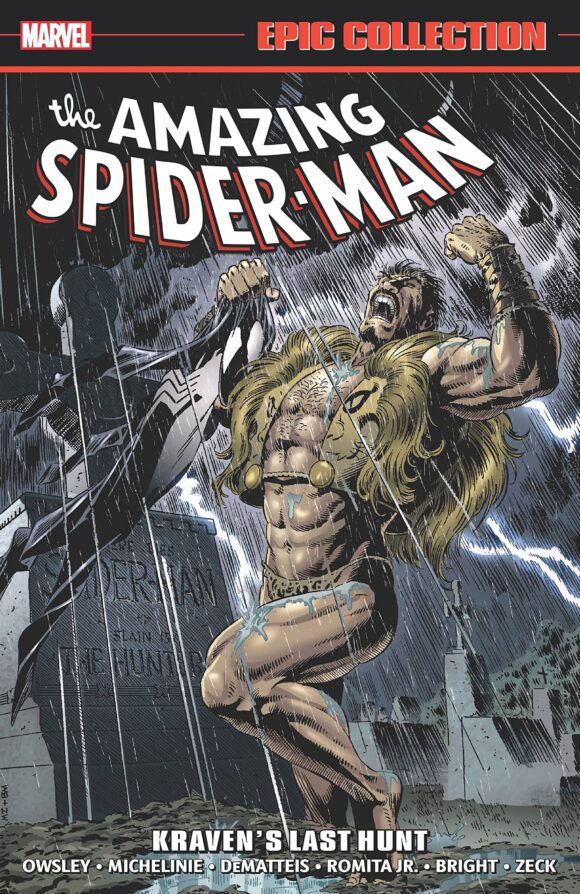 Peter Parker and Mary Jane Watson are getting married! But Kraven the Hunter is going to make sure the wall-crawler ends up six feet under — literally! It begins with an all-time classic encounter with Wolverine that changes Spidey’s life forever, leading to the death of one of his best friends! In the wake of tragedy, Peter pops the question — but the honeymoon is short-lived, as Kraven goes to extreme lengths to prove himself superior to his greatest foe! As one of comics’ most introspective, psychological sagas ever unfolds, the Hunter will learn that it’s one thing to defeat Spider-Man — but another to expect him to stay down!

(NOTE from Dan: I know Kraven’s Last Hunt is beyond the Bronze Age but it’s such a classic, I felt compelled to include it.)

ANT-MAN/GIANT-MAN EPIC COLLECTION: THE MAN IN THE ANT HILL 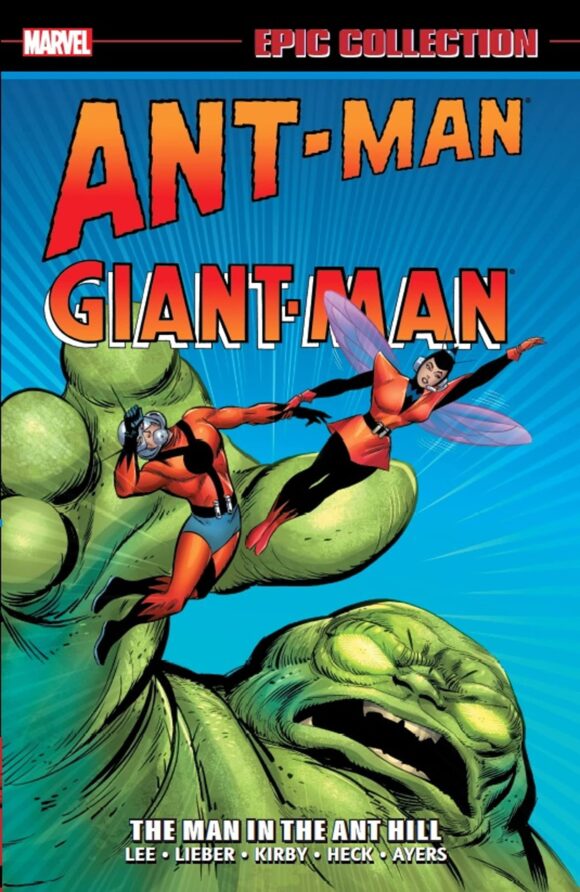 A man of action and a man of science, Dr. Henry Pym invented an amazing growth serum and a cybernetic helmet, and with them he became — the Astonishing Ant-Man! Pym soon teamed with Janet Van Dyne, the winsome Wasp, and the two tiny titans went on to battle an array of mini- and maxi-sized menaces from the Scarlet Beetle to the Black Knight! But adventures in the microscopic world weren’t enough for one of the Marvel Age’s first super heroes. Soon, Ant-Man became the biggest Avenger there ever was — Giant-Man! And his foundational adventures are all here in this debut Epic Collection! 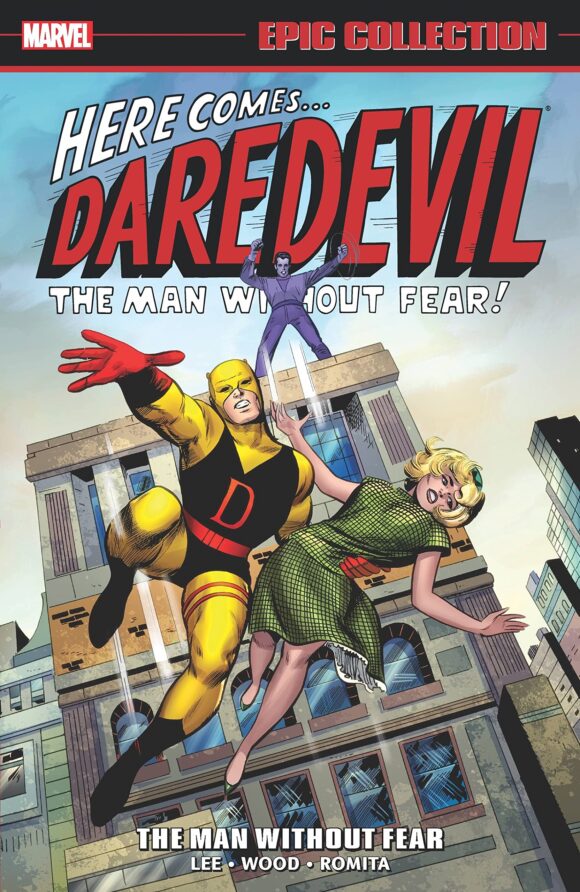 Born to a past-his-prime prizefighter, Matt Murdock’s luck always ran a step behind his good intentions. When a daring act to save a man’s life blinds young Murdock, he finds that the same accident has enhanced his remaining senses to superhuman levels! He becomes Daredevil, a gritty hero born from murder but tempered with the desire to protect the downtrodden. Writer Stan Lee and artists Bill Everett, Joe Orlando, Wallace Wood, John Romita Sr. and Gene Colan lay the foundation of Marvel’s Man Without Fear, including the first appearances of core characters Foggy Nelson and Karen Page — and classic villains like the Owl, the Purple Man, Stilt-Man and the Gladiator! 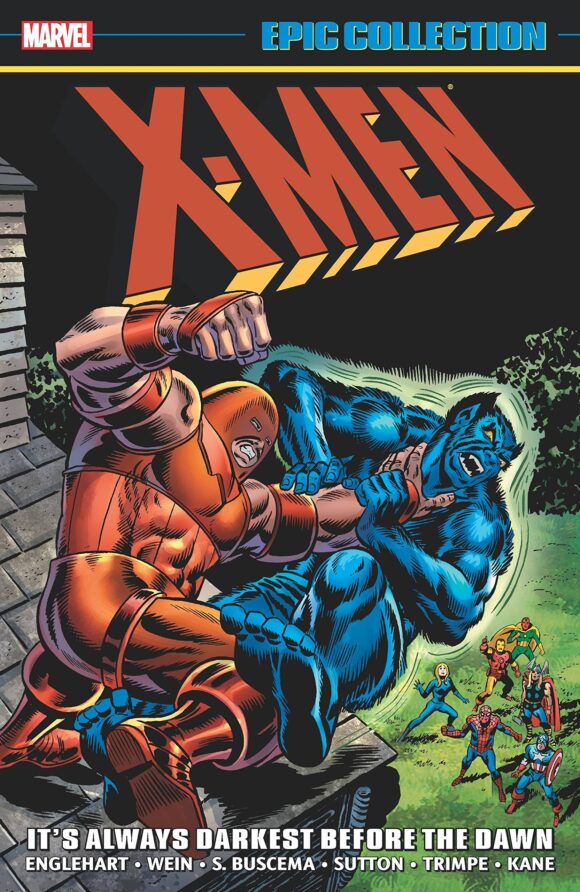 Continuing the saga of Marvel’s original mutant team! Hank McCoy sets off on his own, taking a research job — but his scientific curiosity will curse him forever when an experiment gone wrong transforms him into a fanged, furry Beast! Meanwhile, the other X-Men find themselves pursued by a secret adversary that seeks to pick them off one by one. They must join forces with Captain America to save the nation and rescue their mutant comrades! Also featuring the first appearances of Wolverine and Madrox the Multiple Man, an X-Men/Avengers battle against Magneto and a host of rare covers!