MARVEL to Release New Round of Classic EPIC COLLECTIONS This Fall 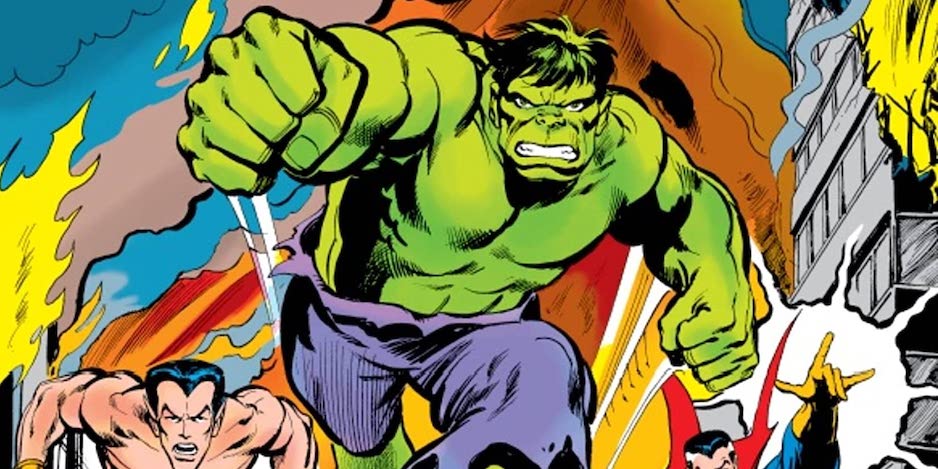 It’s been a few months since the last update, but now we have another round of classic Marvel Epic Collections scheduled for 2022. This fall, to be precise, and featuring the Defenders, Hulk, Moon Knight and more.

Dig these five titles, in alphabetical order, based on Amazon listings: 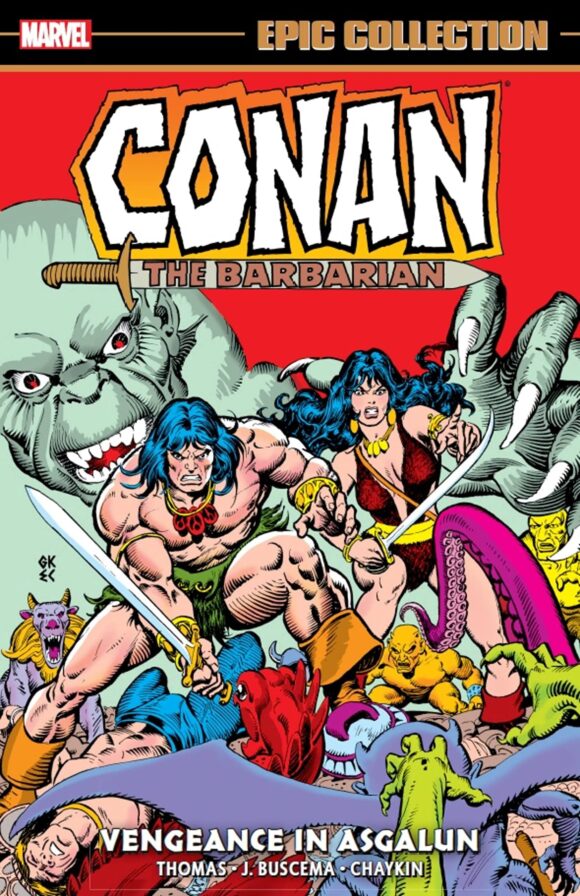 By Roy Thomas and John Buscema

Conan the Barbarian and the pirate queen Bêlit continue their quest to reclaim her rightful place on the throne of Asgalun. They must descend deep down the River Styx into Luxur, the capital city of Stygia, land of snake-worshippers, in search of Bêlit’s father. Along the way they’ll encounter raiders off the coast of Shem and the famous—and deadly—Hawk-Riders of Harakht. The journey also takes Conan to the Lost Valley of Iskander as he pursues the powerful Eye of Set and into swamps where a sultry witch and man-dragons threaten to devour him alive! Then, Conan is joined by one of the fiercest allies he’ll ever know—the formidable fighter and skilled mage, Zula! 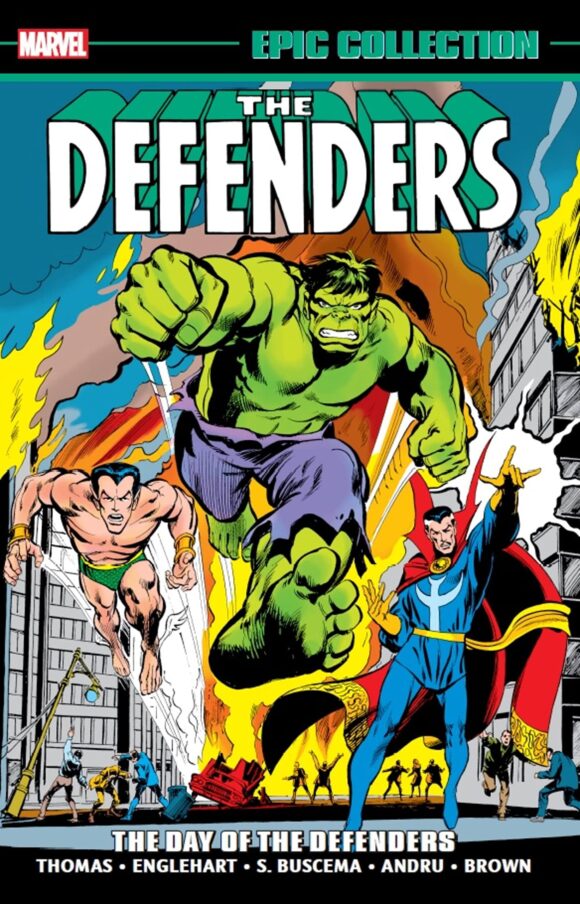 DEFENDERS EPIC COLLECTION: THE DAY OF THE DEFENDERS

The day of the Defenders has come! Roy Thomas joined his Titans Three of the Incredible Hulk, the Sub-Mariner and the Silver Surfer together with Doctor Strange to create comics’ greatest “non-team,” the Defenders! And unlike other super hero teams, they do not rely on bylaws and butlers. They join together in moments of utmost crisis to face incomprehensible enemies. When they encounter heroes of a more conventional stripe, it’s war—the watershed hero vs. hero Avengers/Defenders War, no less! The original trio of Defenders are joined by Hawkeye and Valkyrie and will face Dormammu, the Enchantress, the sorcerer Cyrus Black, the mischievous Loki and the horror of the Nameless One in this historic Epic Collection. 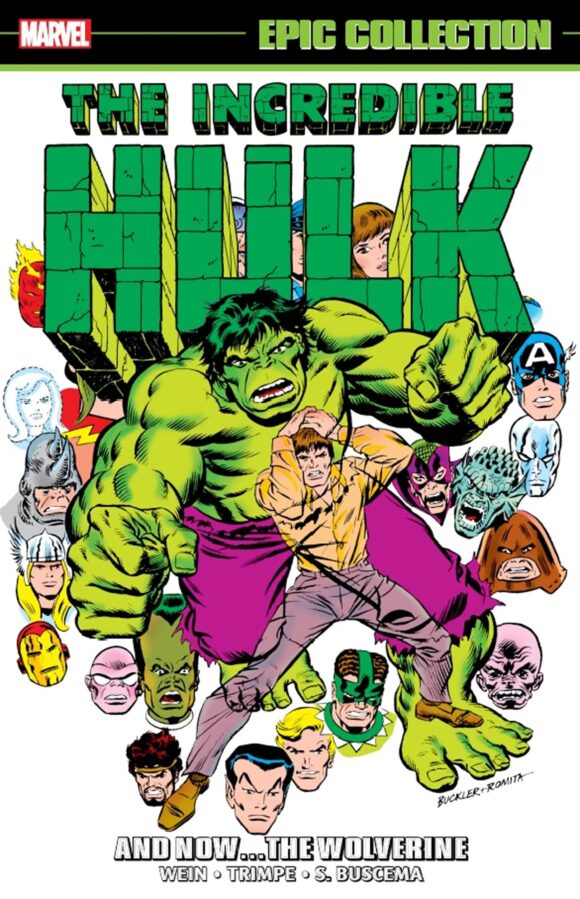 Hulk is the strongest! Why? Because it’s hard not to be when you go from strength to strength with artists Herb Trimpe and Sal Buscema. Trimpe defined The Incredible Hulk in an artistic tenure stretching from 1968 to 1975. When Sal Buscema took over the reins, not only did the series gain a great talent, but one that, unbelievably, would have a tenure longer than even Trimpe’s. Add to that Len Wein writing some of his greatest Hulk stories—including the first appearance of Wolverine—and you better believe it’s good to be green! The adventures collected here include Hulk smashing his way through the Mole Man, the Gremlin, the Shaper of Worlds, Doc Samson, the Abomination and, of course, the never-ending military machinations of Gen. Thunderbolt Ross. 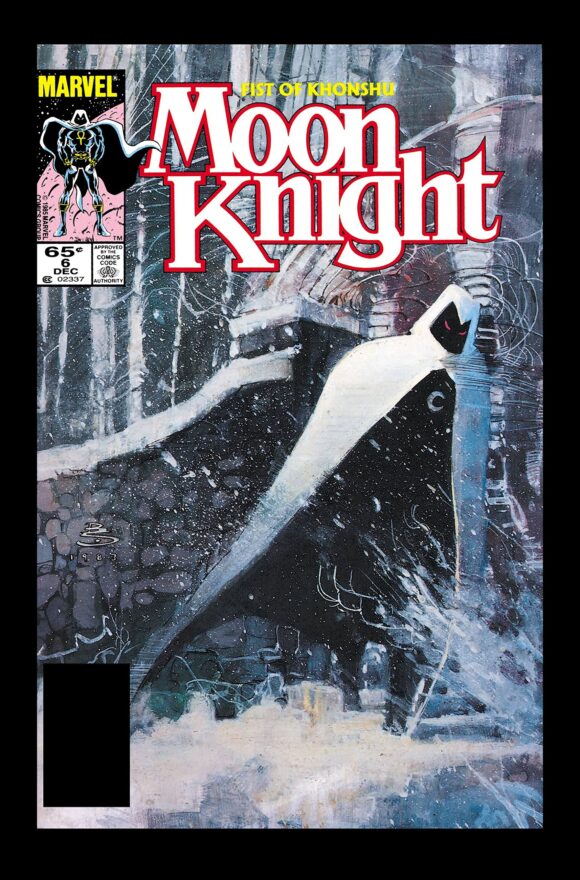 Moon Knight rises again! Marc Spector has exchanged his heroic mantle for the easy lifestyle of alter ego Steven Grant. But when a deadly foe arises in Egypt, Spector must embrace his destiny — and become the Fist of Khonshu once again! Moon Knight will face deadly threats from Morpheus to Bluebeard, but what will a return to vigilantism mean for his relationship with Marlene? When Bushman seizes control of his homeland, Marc must renew rivalries with his deadliest foe! And when the Midnight Man seeks to eclipse Moon Knight, Marc is eager to clean his clock! But whose side are Brother Voodoo and the Black Cat on? 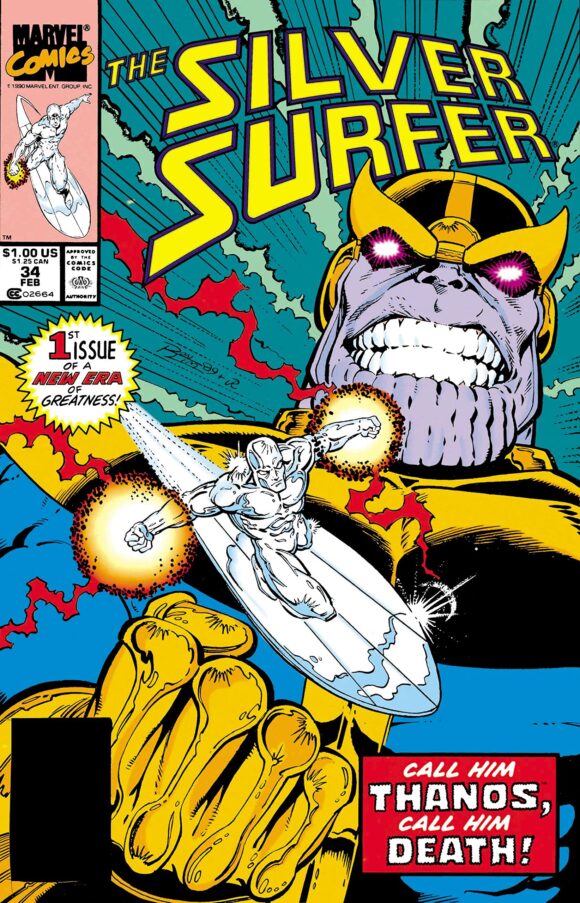 Kree-Skrull War II! The Silver Surfer has been manipulated into joining the conflict between the Kree and the Skrulls, and now his homeworld Zenn-La has become a target! What sacrifice must Norrin Radd make to protect his people? As the war becomes ever more complex, Shalla-Bal learns that one side has a traitor in their midst! Both empires are being manipulated by outside forces, but can the Surfer discover the truth before the bloodshed gets any worse? Then, to correct what she sees as “the great imbalance,” Death has resurrected Thanos of Titan — and he means to kill half of all living beings in the universe! Can the Surfer dissuade Thanos from this grim task, or will Drax the Destroyer and the Impossible Man get in the way? 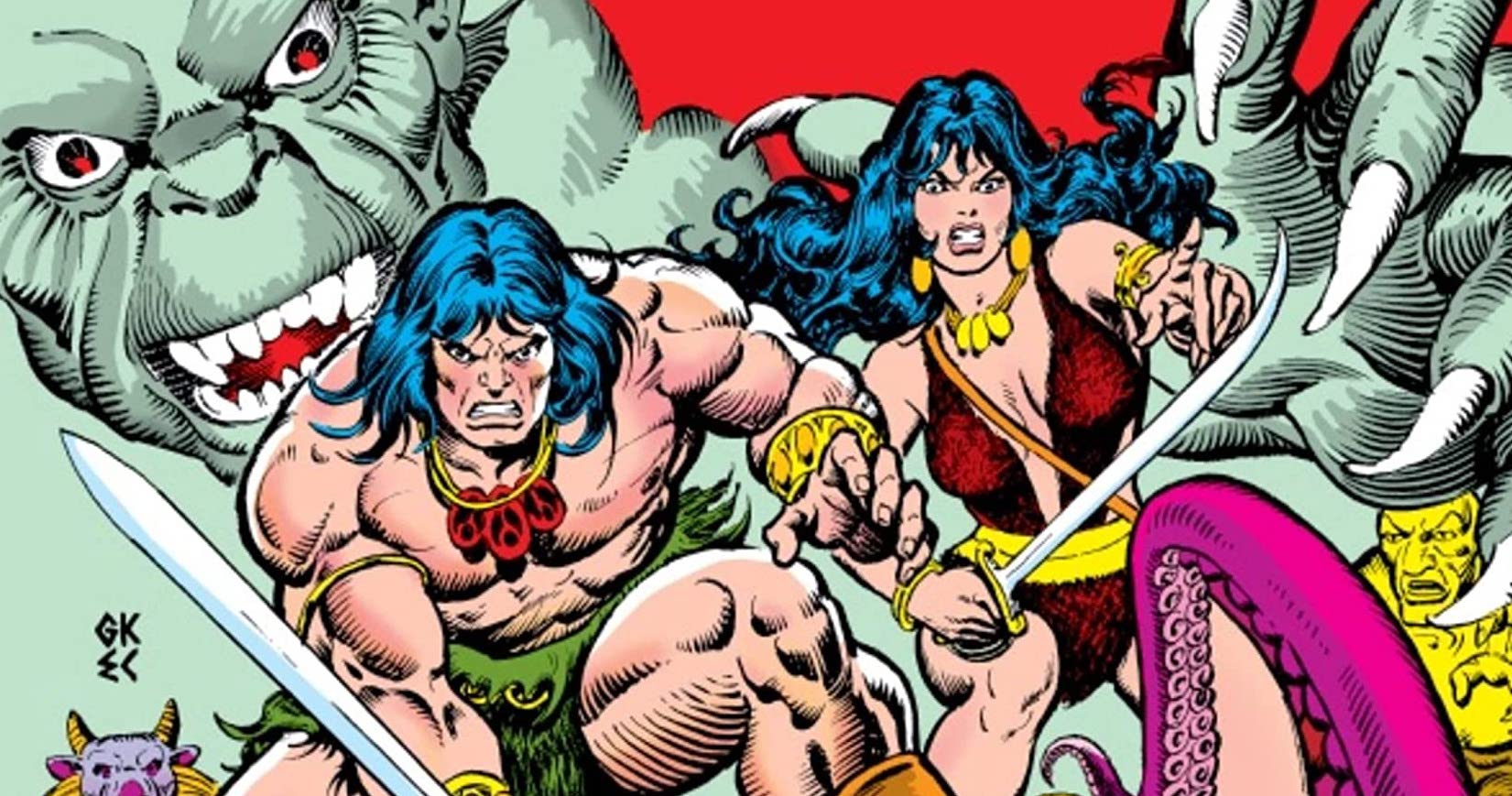 — The 456-page Moon Knight softcover is due Sept. 20, 2022, and lists for $39.99. The issue listing is from a Marvel Epic Collection Wikipedia page and is therefore subject to change.

— These aren’t the only five Epic Collections on the way this fall. There are a number of re-releases, as well as editions of a more modern vintage. Click here for more info.