INSIDE LOOK: The Greatest BATMAN Art Exhibit You’ll Ever See

There are so many great ways to celebrate Batman’s 80th anniversary this year but one of the very best is to visit the Society of Illustrators in New York City (i.e., the real-life Gotham).

From now through Oct. 12, the Upper East Side institution is hosting a spectacular exhibit — Illustrating Batman: Eighty Years of Comics and Pop Culture — showcasing the work of some of the greatest artists to ever chronicle the adventures of the Caped Crusader. 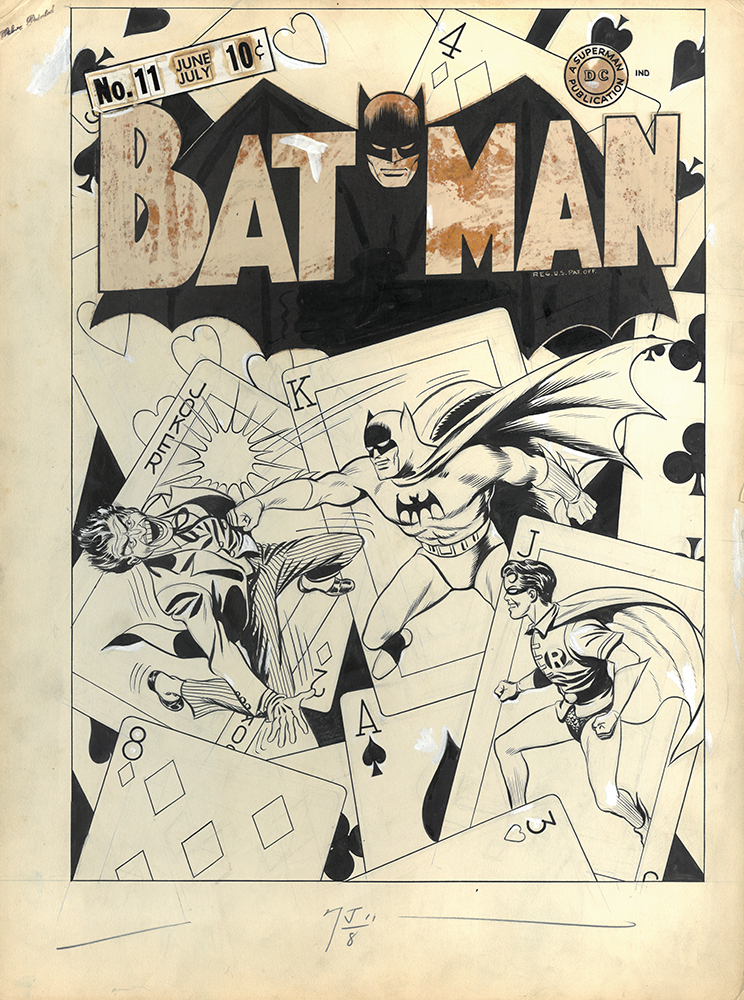 There’s also a selection of prime collectibles and whatnot.

And that’s not all, either. There will be two complementary exhibits running concurrently with the main one – both centered around graphic designer/Batmanologist Chip Kidd: Batman Collected: Chip Kidd’s Batman Obsession and Bat-Manga!: The Secret History of Batman in Japan, celebrating the work of Jiro Kuwata. Both, of course, were featured in superb coffee-table books by Kidd that every Batfan should own.

Among the artists represented from Kidd’s personal collection are Alex Ross, David Mazzucchelli, Bruce Timm and many others. 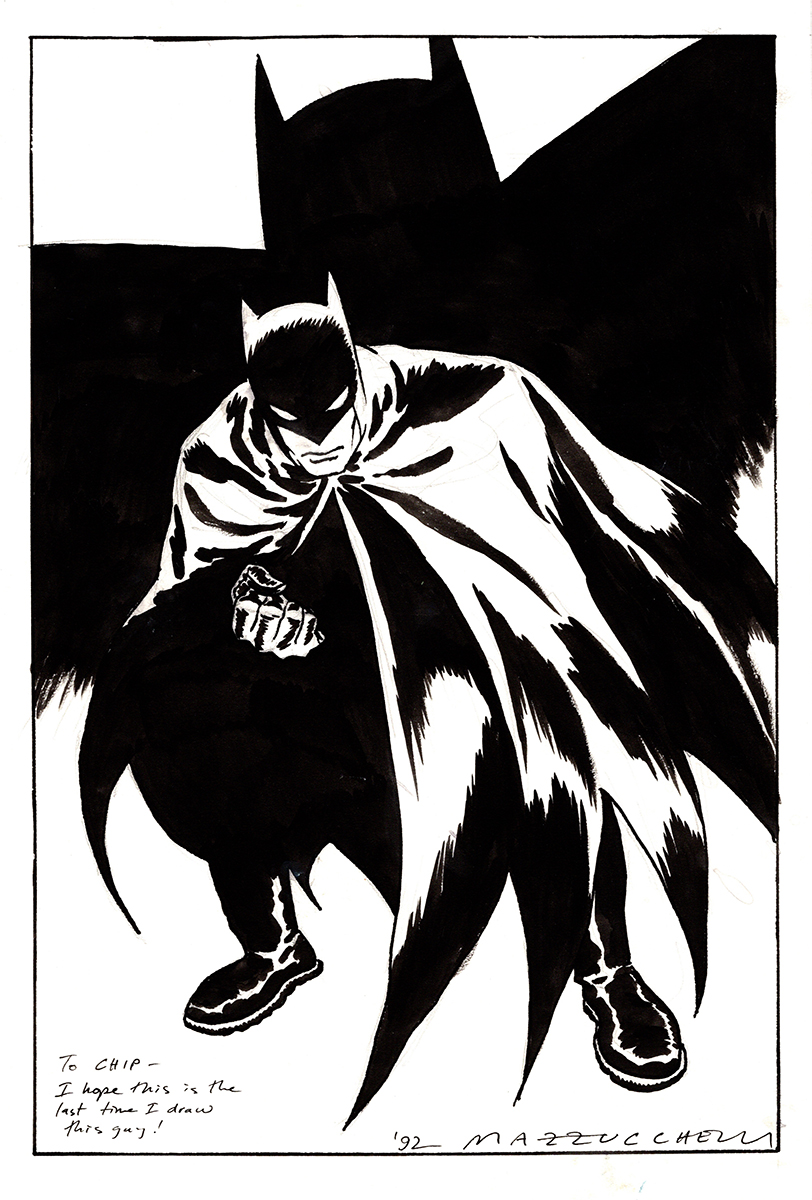 Side note: Kidd curated a terrific exhibit of Batman: Black and White sketch covers several years ago (click here) that led to THE CHIP KIDD INTERVIEWS here at 13th Dimension. We plumbed the depths of his incredible collection – and you can click here to check that out. (Seriously, it’s time well spent.)

And here’s something to keep in mind: The exhibit will still be around through New York Comic Con, so if you’re flying in for that, make sure you trek uptown.

Oh, and one last thing: There will be a special reception at 6:30 p.m. Friday, June 21. Tickets are $10 a pop and come with a keepsake program. (Click here for more information on the exhibits and the event. The Society of Illustrators is located at 128 E. 63rd St., the address the organization moved into in 1939 – the same year as Batman’s debut. Kismet.)

Anyway, here are more pages and illustrations from all three exhibits, to give you just the tiniest taste of what awaits you when you visit this summer and fall. 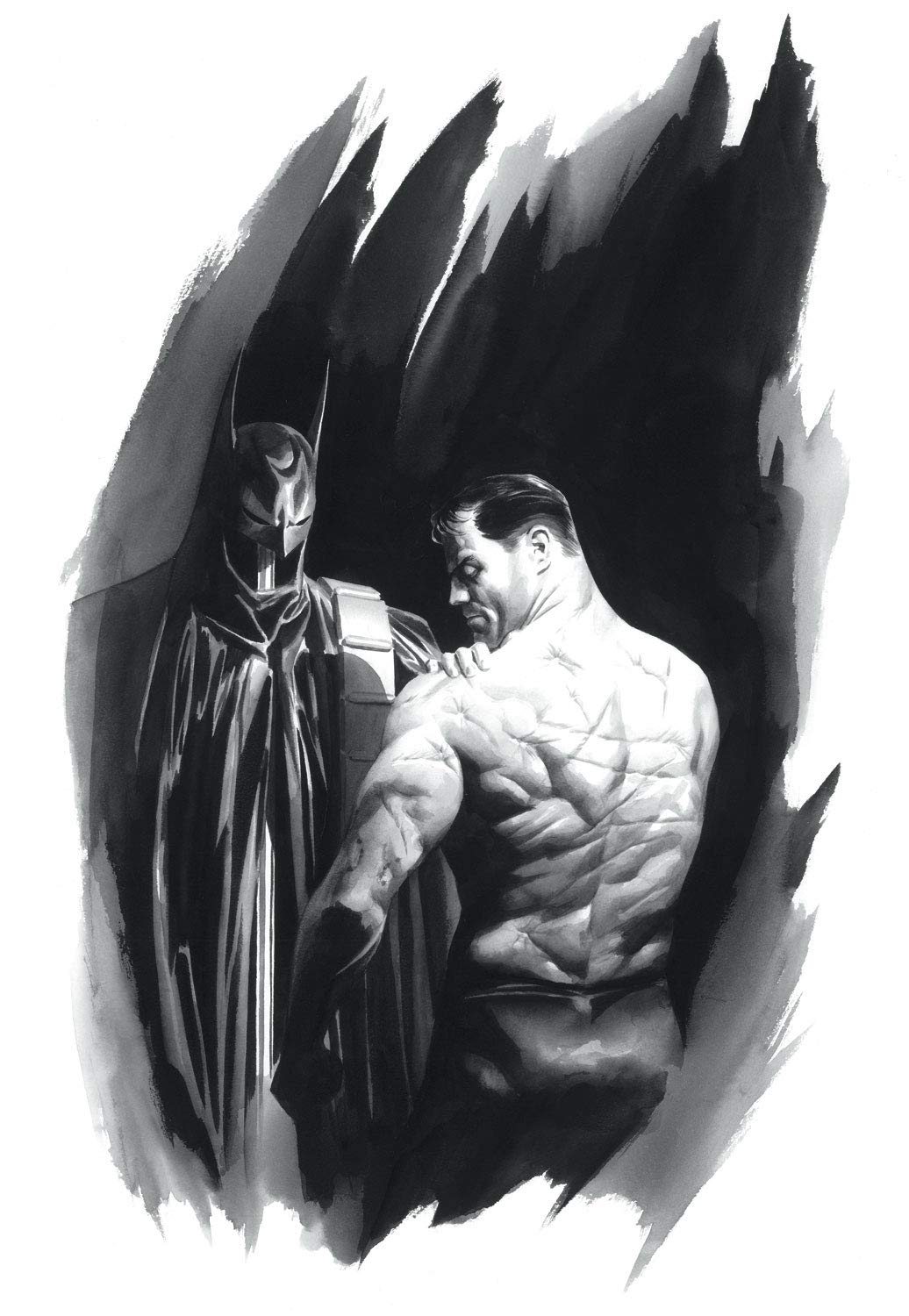 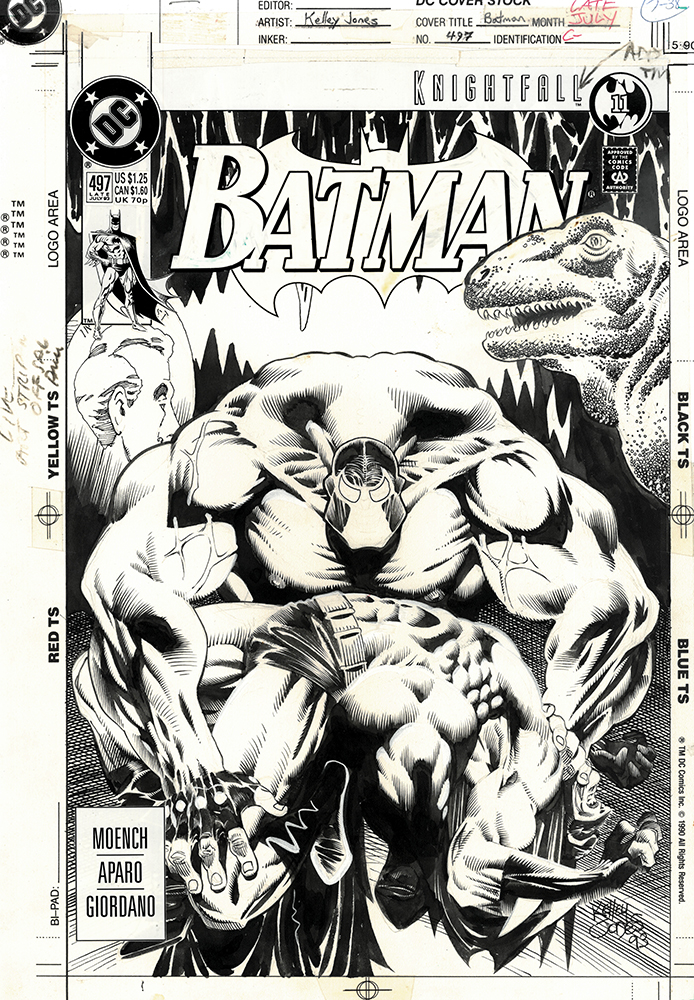 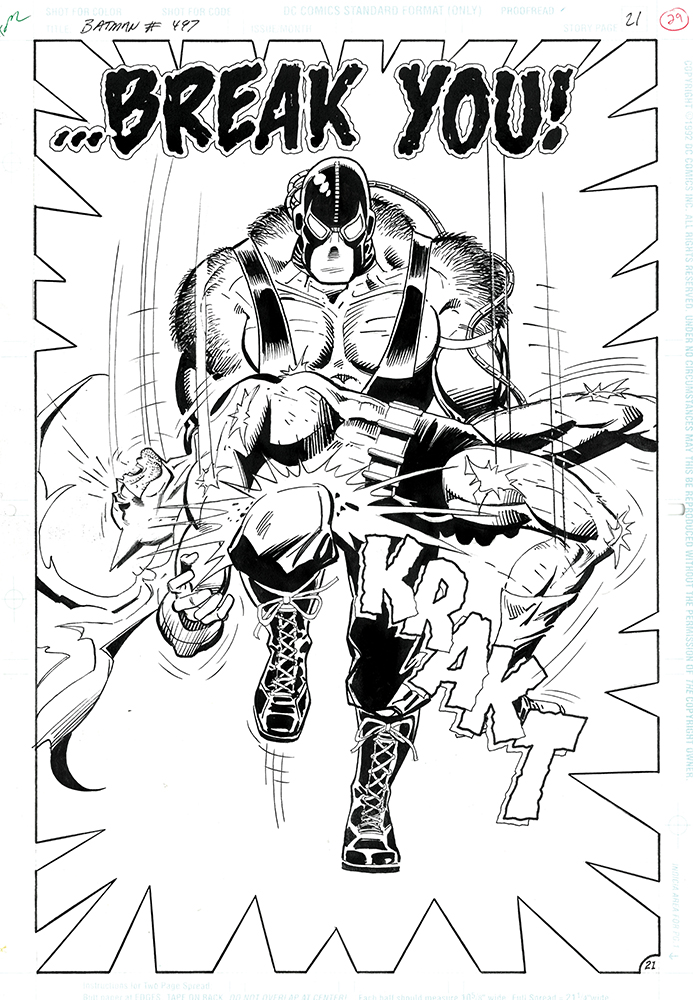 From The Killing Joke. Art by Brian Bolland. NOTE: Scans provided by the Society of Illustrators.