Almost 90 of the world’s greatest artists are featured in the Society of Illustrators’ new Batman: Black and White exhibition.

Chip Kidd is an award-winning book designer and Batman aficionado of the first order. He not only gave us the wonderful coffee-table book Batman Collected — which speaks to the ardent collector in me — but he’s also the person chiefly responsible for bringing Jiro Kuwata’s fantastic Batmanga to these shores. He also designed Mythology: The DC Comics Art of Alex Ross, a book that was instrumental in my return to comics after a nearly decade-long hiatus.

I’m sure you know this only scratches the surface.

Kidd’s worked or rubbed elbows with the absolute best the industry has to offer — and now has a superb exhibition at Manhattan’s Society of Illustrators, featuring contributions from some of the most heralded illustrators and cartoonists on the planet. 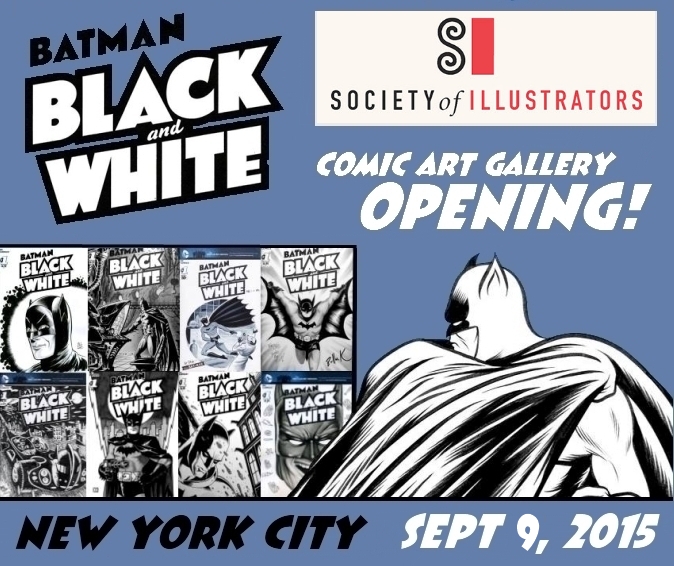 When DC brought back Batman: Black and White two years ago, the first issue featured a blank sketch variant. Kidd saw an opportunity and amassed a collection of pieces by a wide array of spectacular talent.

The covers will be collected in a book to benefit the Comic Book Legal Defense Fund. In the meantime, if you are anywhere in the New York area — or will be here the week of New York Comic Con — then you have to see this show. Because these pieces in person are breathtaking. 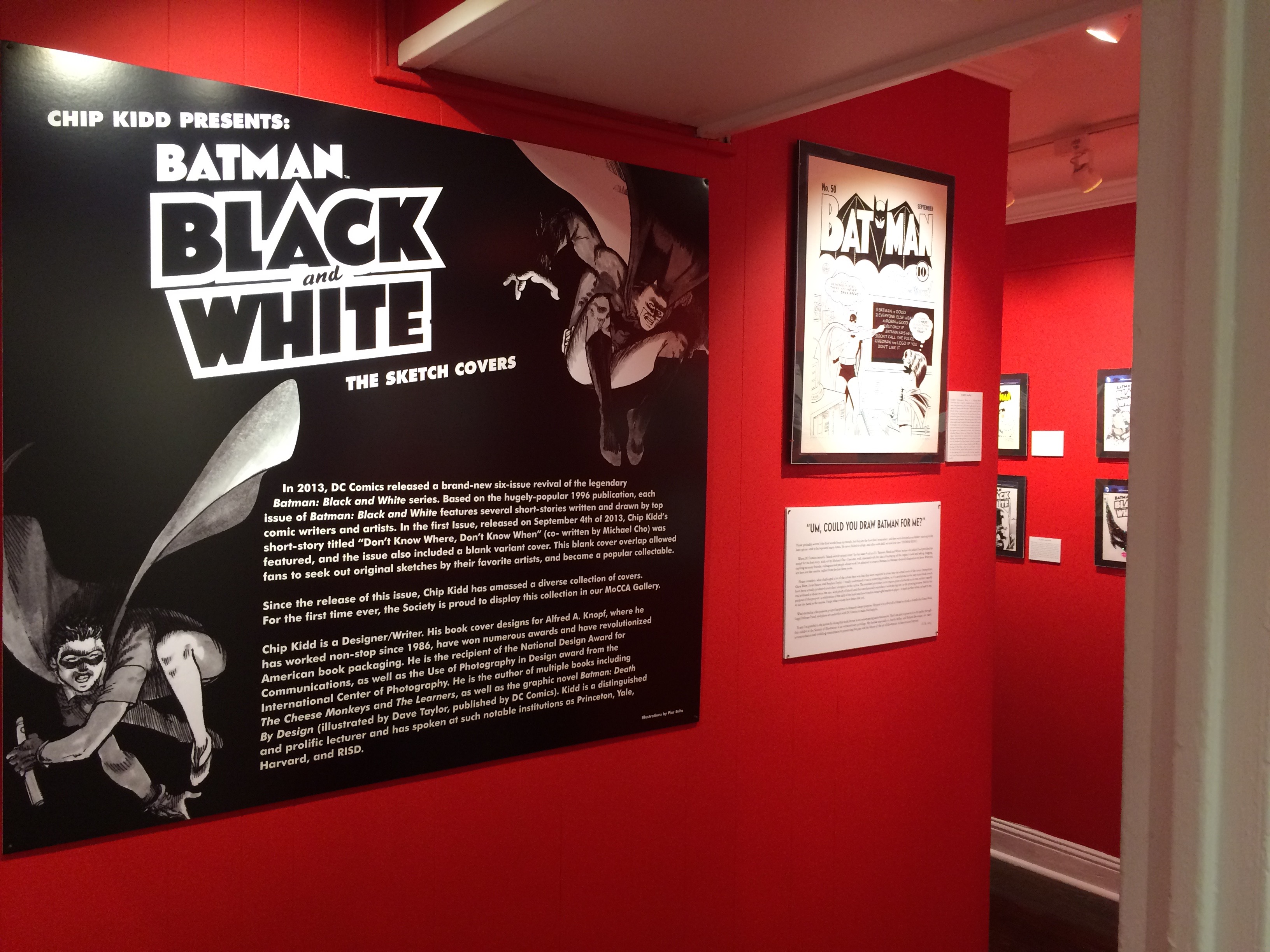 I know it sounds like I’m hyperventilating but there are few things more exhilarating than seeing something you love so deeply executed so inventively and masterfully.

So here are 13 COVERS. This isn’t a ranking. They’re just the ones that really grabbed me up close. Believe me, there’s not a dog in the bunch.

I’m even leaving out the contributions of some of my favorite artists like Neal Adams, Mike Allred and Dave Bullock. 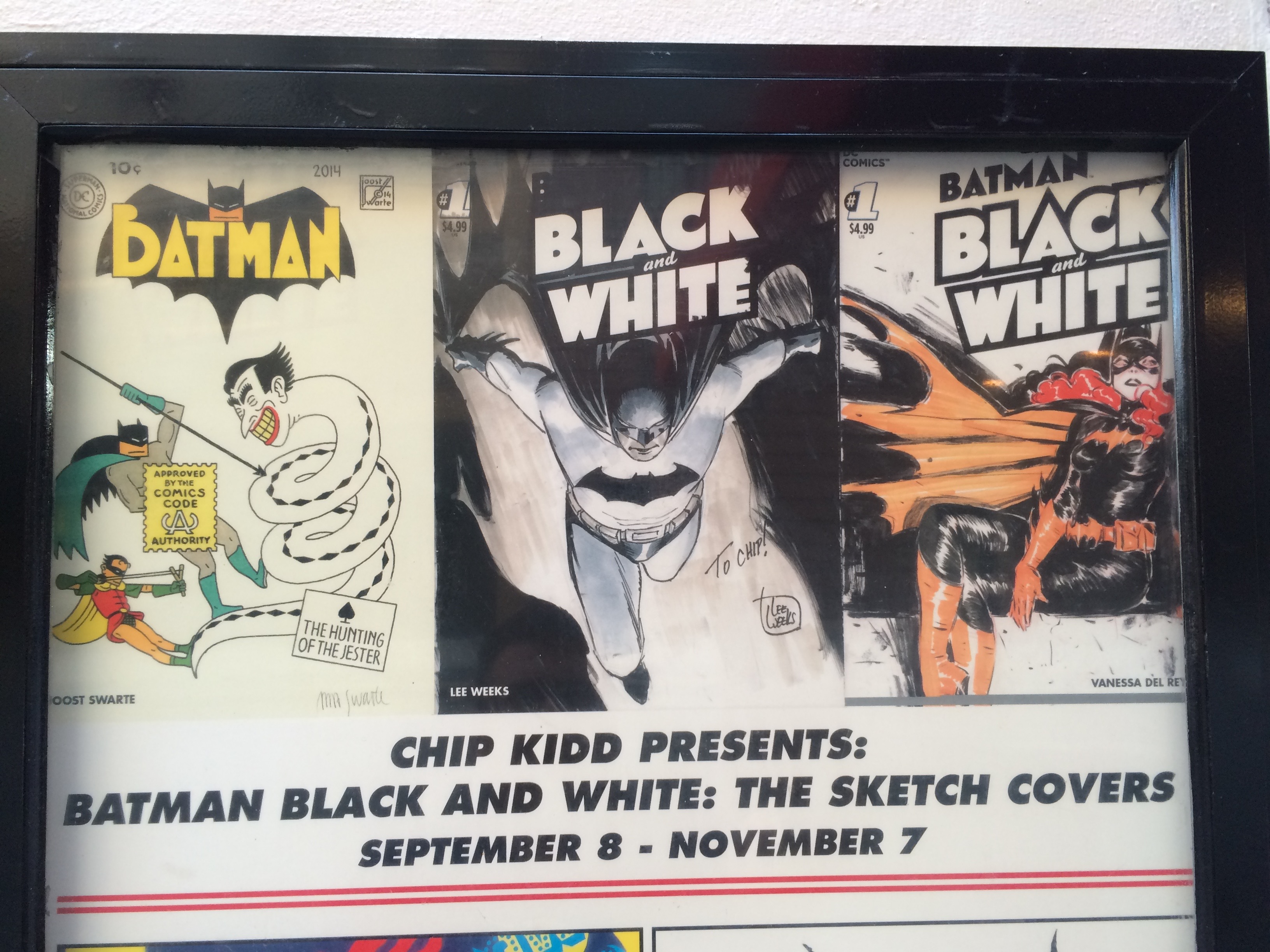 I think that tells you something about the breadth of this show, which runs until 11/7. Kidd will be lecturing at the Society of Illustrators on 9/29 and there will be a special reception 10/7, the week of NYCC.

(NOTE: A number of these are high-res scans. Excuse the glare on some of the pix taken at the exhibit itself.) 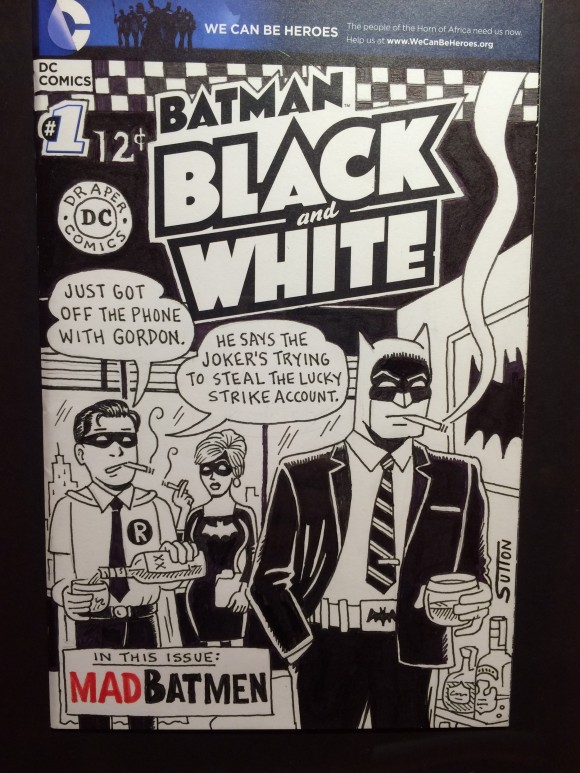 Ward Sutton. This might be my favorite of the entire exhibit.