GEORGE PEREZ: How FANTASTIC FOUR Led to My Friendship With STAN LEE

THE GEORGE PEREZ INTERVIEWS: The retiring artist recalls his big break at Marvel…

Dan Greenfield: When we put this (countdown) out there, a lot of readers were saying, “Well, how could this be so low?” And the point is, that’s how much great material was still to come. But #12 was The Fantastic Four.

George Perez: Since I grew up, obviously with all the Jack Kirby, Steve Ditko, Dick Ayers, all those great artists, so getting a chance to draw Fantastic Four was pure luck.

I was working at that point as the assistant to Rich Buckler, who was the artist on Fantastic Four, and I was helping him on what would have been the Fantastic Four Annual. And then Rich fell so far behind (that they cancelled it). … So that the annual with extra art drawn by me became my first two issues of Fantastic Four — Issues #164 and #165… 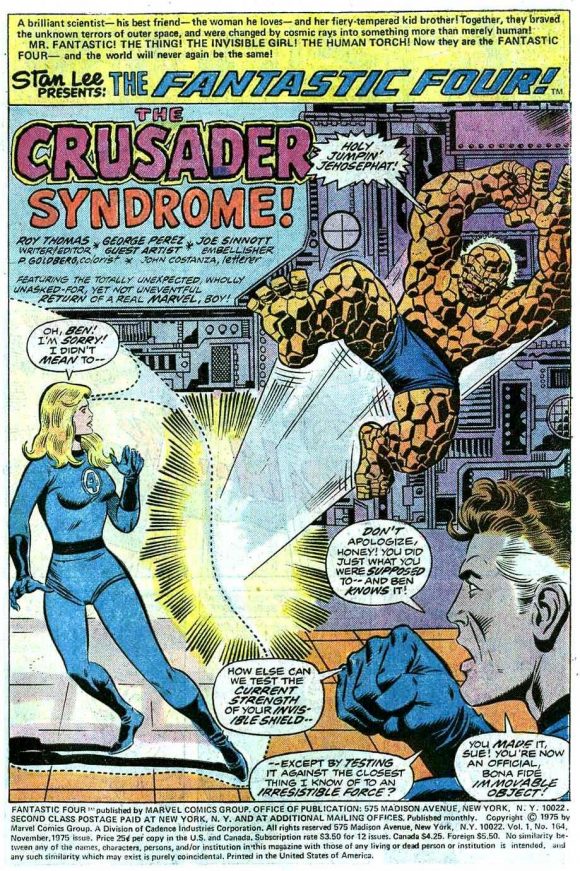 I had to beef it up so it built up two issues instead of one annual. Plus, I had to draw a new splash page. … And so I drew some of that stuff almost a year after I had drawn the earlier pages, and I could see the stylistic difference. But I benefited — and it was wonderful seeing him again at this convention — by being inked by Joe Sinnott, who obviously was the defining inker on Fantastic Four. So, he made me look a heck of a lot better. …

When Stan Lee saw my first issue of Fantastic Four, I got a phone call from his secretary saying, “Stan Lee would like to see you.” He did not recognize the name on the credits there, it was my first issue. He expected that it was either (John) Buscema or (John) Romita — a compliment in itself — and of course a credit to Joe Sinnott. And that was the first time that Stan and I ever sat down together and he gave me my first raise…

(Years later,) Stan gave me the greatest compliment in my life. I will always cherish it: 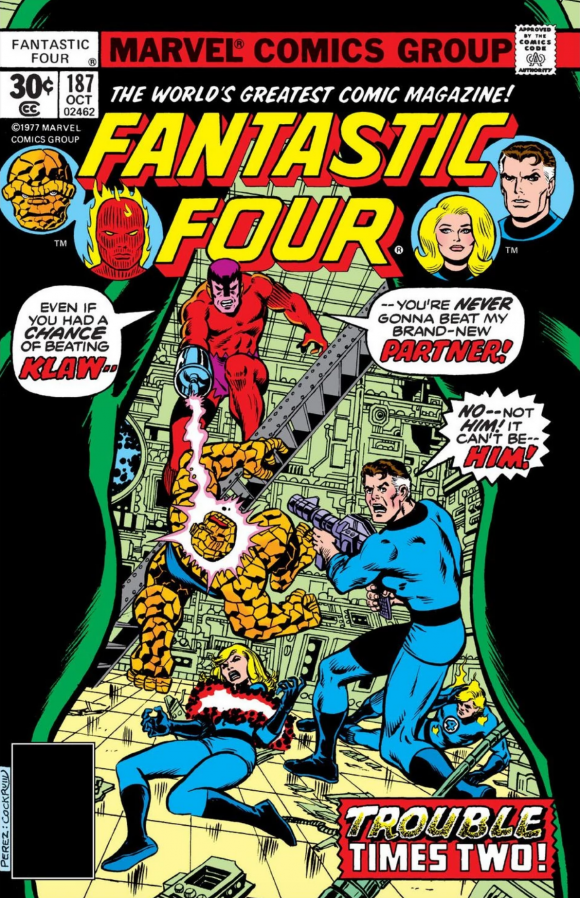 During one of our last conventions, we appeared together. He said that obviously I love comics, I love doing it. I’ve been very, very lucky to play in the sandbox that I’ve wanted to play in since I was a child. And here I am, I’m going to be 65 next month and I still feel like the youngest person in the room.

And Stan said, “That enthusiasm, the way you treat the fans, the way you regard — that you’re still a fan, that’s what I want the fans to always see when they meet a comic professional.” It’s what Stan had been trying to do and had done all his career. He says, “You’re like my nephew.”

That compliment in itself, it was — no criticism of my work — nothing could ever match that one compliment from Stan Lee. It’s like being a Catholic being anointed by the pope. And when he died, I cried. I said goodbye to my Uncle Stan.

But that’s what will always hold a special place in my heart, because that’s when Stan welcomed me into the comic field and said, “As long as I’m alive, you will always work.” 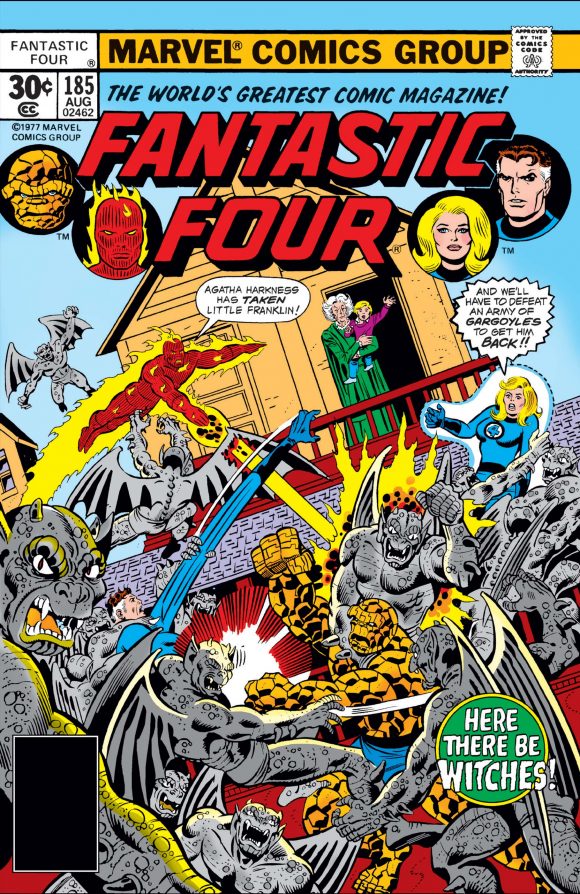 His one lamentation, because he always joked about it every time we saw each other: “Why haven’t we worked together?” I mean he did dialogue a Silver Surfer story I drew, a Christmas story called Hark! The Herald! (From the 1996 Marvel Holiday Special.)

But we had a chance, we were gonna work together when Stan started doing some stuff at DC.

Finally gonna work together, but Stan was so late, I had to get other work. So now I’m gonna tell Stan the reason I didn’t get to work with him: Stan, you missed the deadline!