EXCLUSIVE: Project Batzilla is gearing up for the new issue…

The comics industry is in a state of flux right now, but it’s nice to know that new comics are still coming, in a fashion.

Batman Meets Godzilla — a fan-made project by a consortium calling itself Project Batzilla — debuted online for free earlier this year and the second of three issues is currently in production.

The comic is based on a barely known, unfilmed Batman Meets Godzilla treatment from the ’60s. It’s written by Eric Elliott and illustrated in various styles by a battalion of Batfans.

Well, as it happens, today is artist Jiro Kuwata’s 85th birthday (click here) and since his Batmanga is one of the creators’ influences, we bring you this EXCLUSIVE FIRST LOOK at the cover of Batman Meets Godzilla #2: 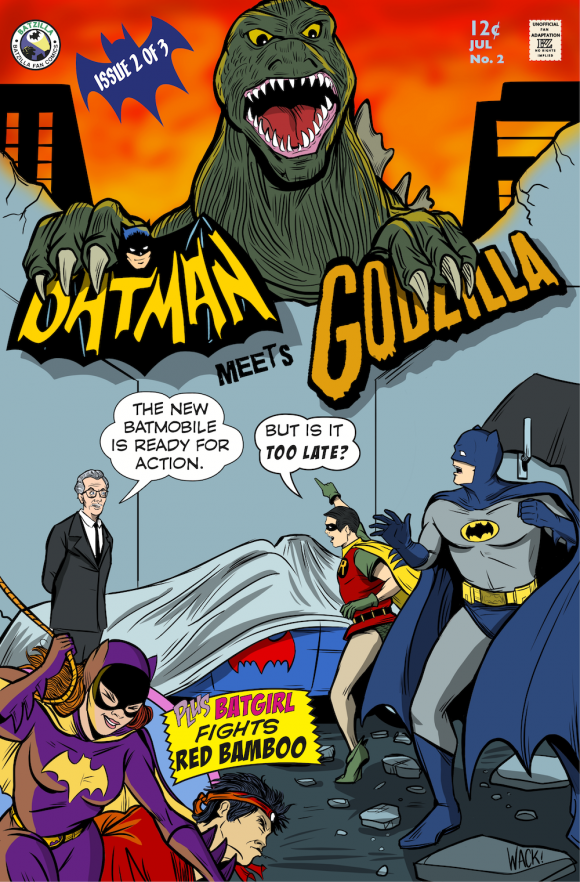 — The cover was designed by Elliott, illustrated by Kero Wack, and lettered by Howard Simpson.

— By the way, you can click here to check out a 13 COVERS salute to Jiro Kuwata.

— See that Batmobile under the tarp? Wait until you see it in full.

— Oh, and click here for an INSIDE LOOK at when the official DC Batman ’66 comic sent Batman and Batgirl to Japan to face Lord Death Man. (I would love it if he showed up in this series.) 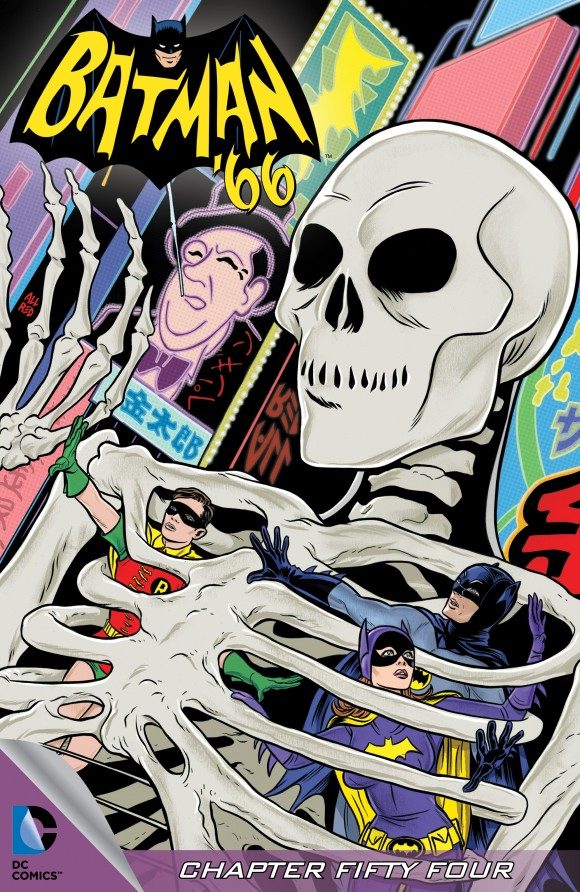 The digital version of the cover by Mike Allred

— The series is officially called Batman Meets Godzilla, but I’ve been using it interchangeably with Batman ’66 Meets Godzilla for clarity’s sake.

— Project Batzilla’s website can be found by clicking here.

— Click here to check out a recent episode of John S. Drew’s The Batcave Podcast, in which John and I talk to Elliott and one of the series’ artists, Ian Miller.

— That 12-cents notation on the cover is a Silver Age reference, folks. Since this is not officially licensed by either Batman’s DC or Godzilla’s Toho, it’s still free.