BATMAN ’66 MEETS GODZILLA: Now You Can Finally Check Out the Lost Project

INSIDE LOOK: Holy kaiju! The Toho/William Dozier collaboration is now available as a comic — thanks to some dedicated fans…

One of the great footnotes of ’60s pop-culture lore is the Batman Meets Godzilla project that was bandied between Batman ’66 producer William Dozier and Godzilla’s Toho Studios.

Comics historian Brian Cronin can give you the basic background (click here) but the bottom line is one of the greatest movies never made is now available for free as a webcomic — Issue #1 of which is now available: 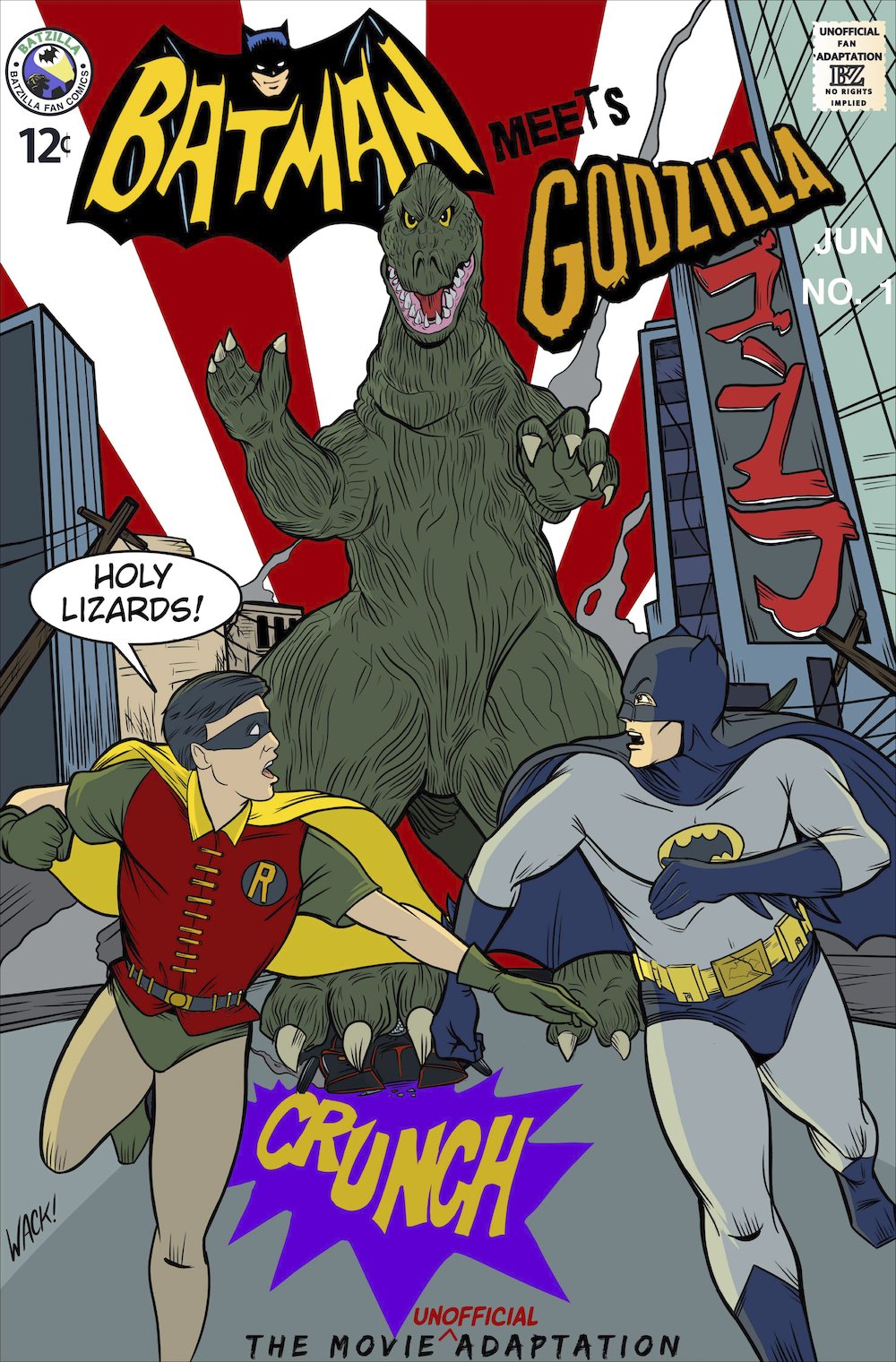 This labor of love — created by Eric Elliott and a coterie of collaborators — is an outgrowth of a pair of unproduced film treatments (one in English, one in Japanese) that hoped to capitalize on the popularity of both the Caped Crusader and the King of the Monsters. Alas, it was never to be. But Elliott and Project Batzilla (click here for their website) worked over the last couple of years to pull together a script that extrapolated from the bare-bones treatments. 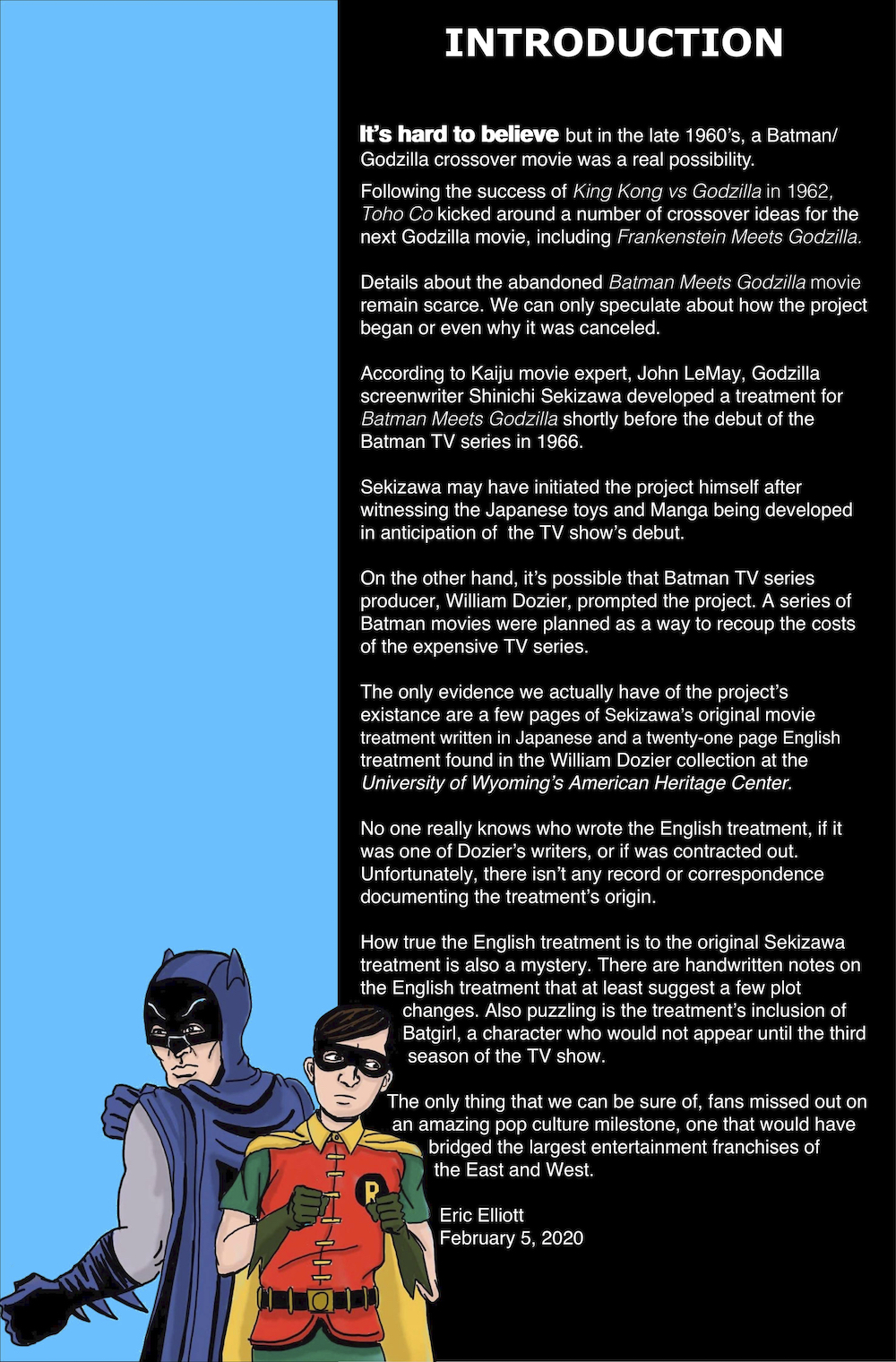 My lord, how much would you have given to see this? Well, thankfully, you don’t have to give anything to see what might have been — Batman, Robin and Batgirl battling Godzilla and a shadowy mystery villain.

Dig some of the story pages — including a Batjet and a cameo by a certain popular musical foursome: 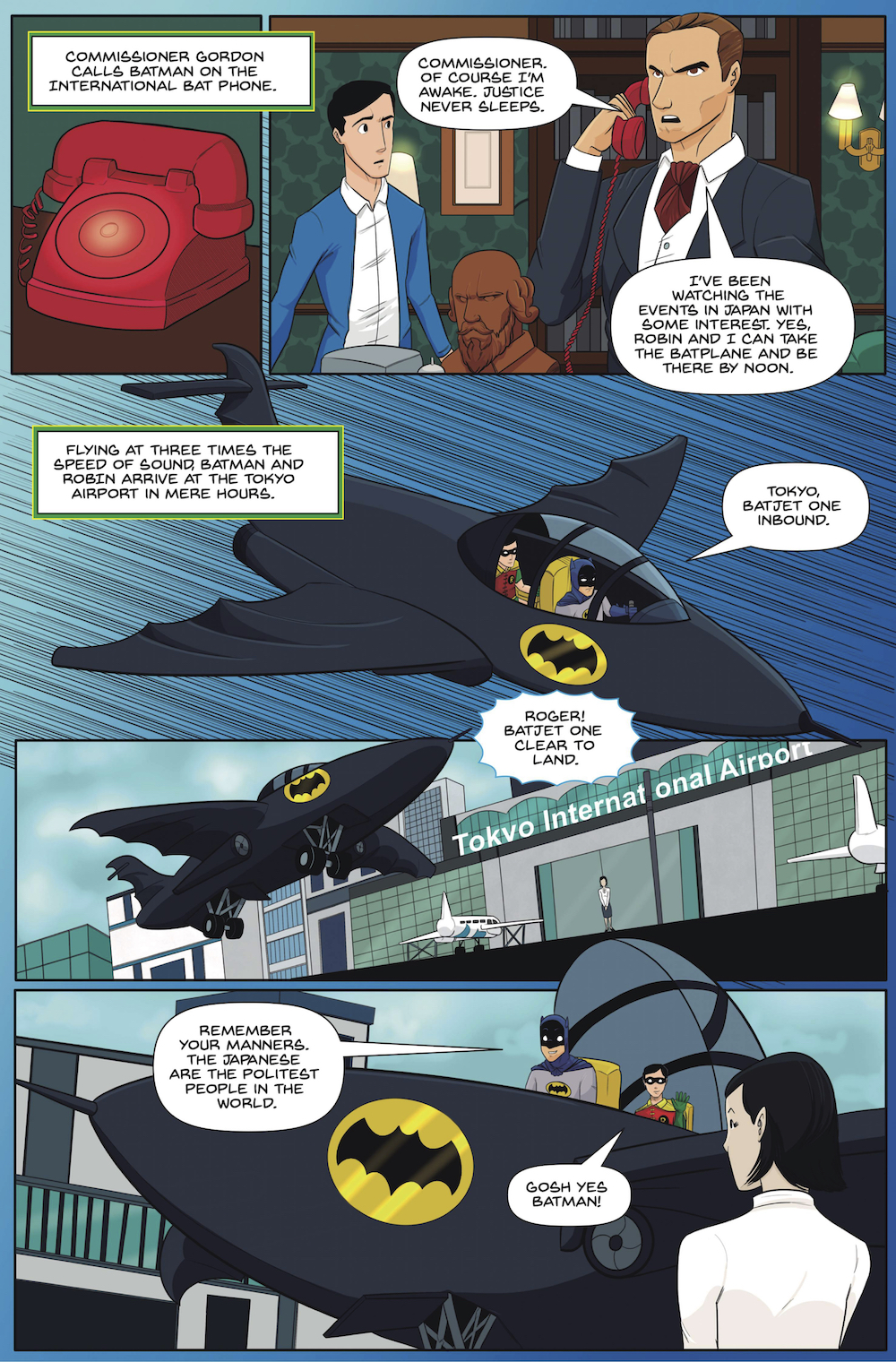 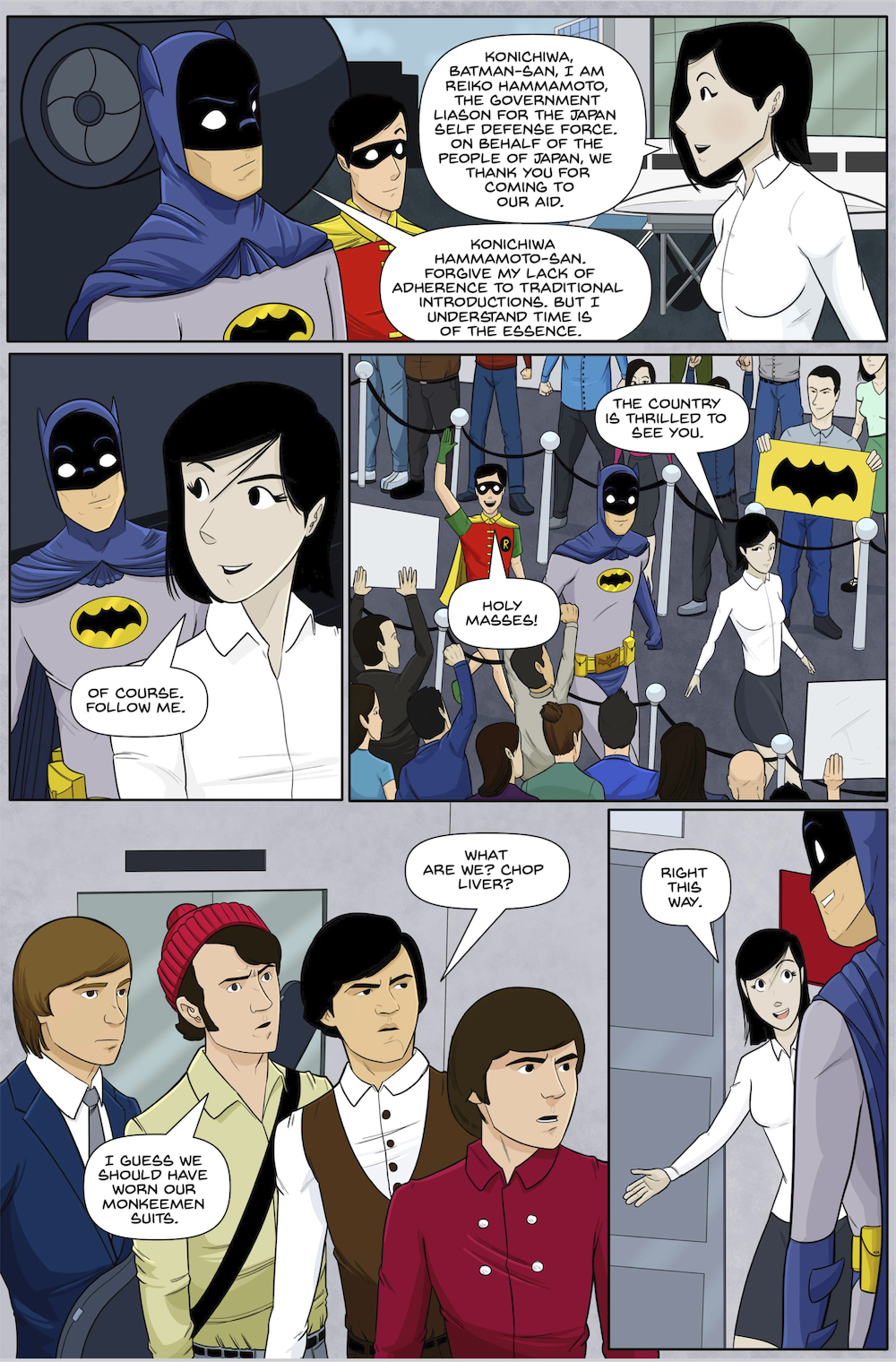 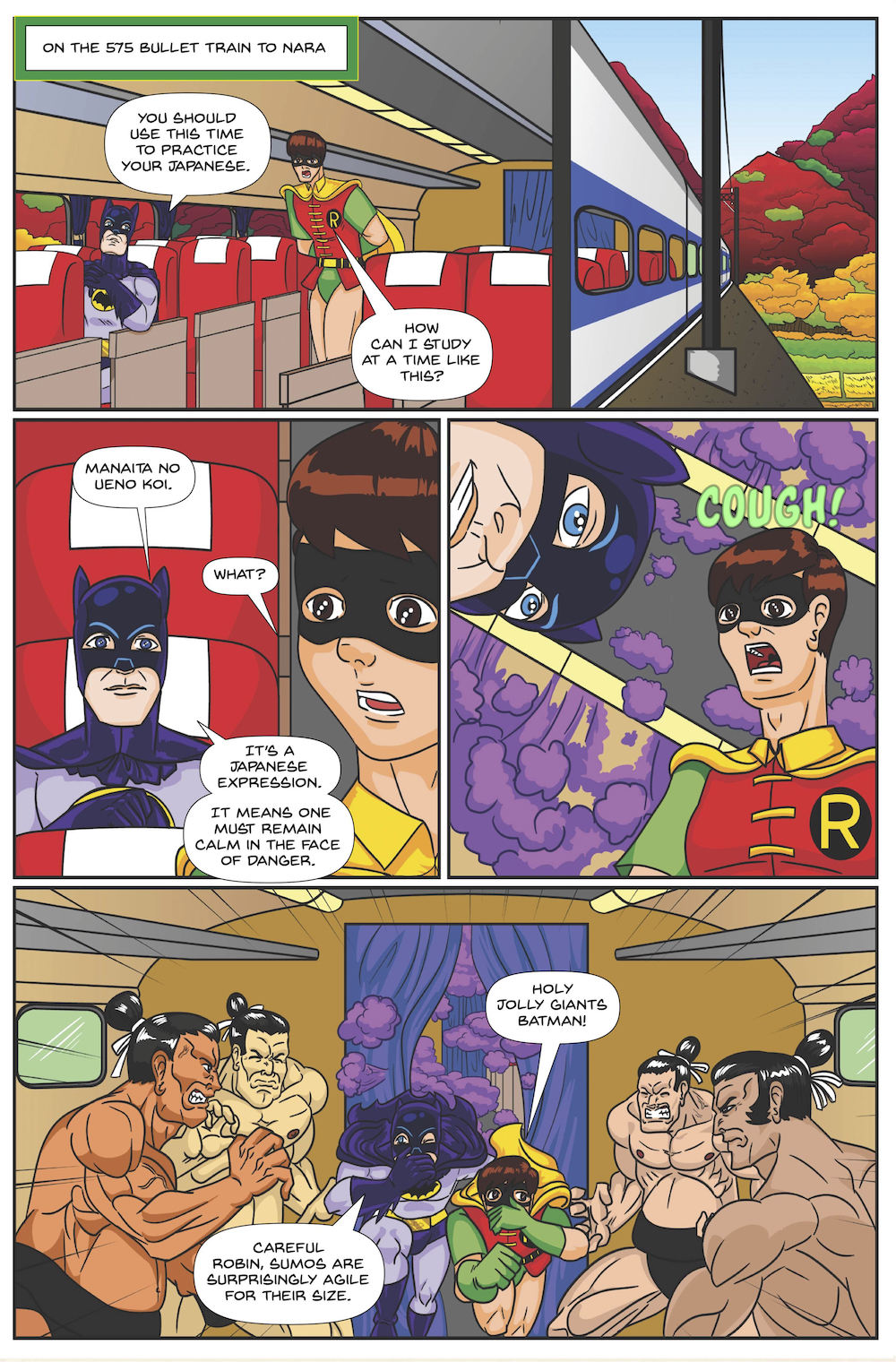 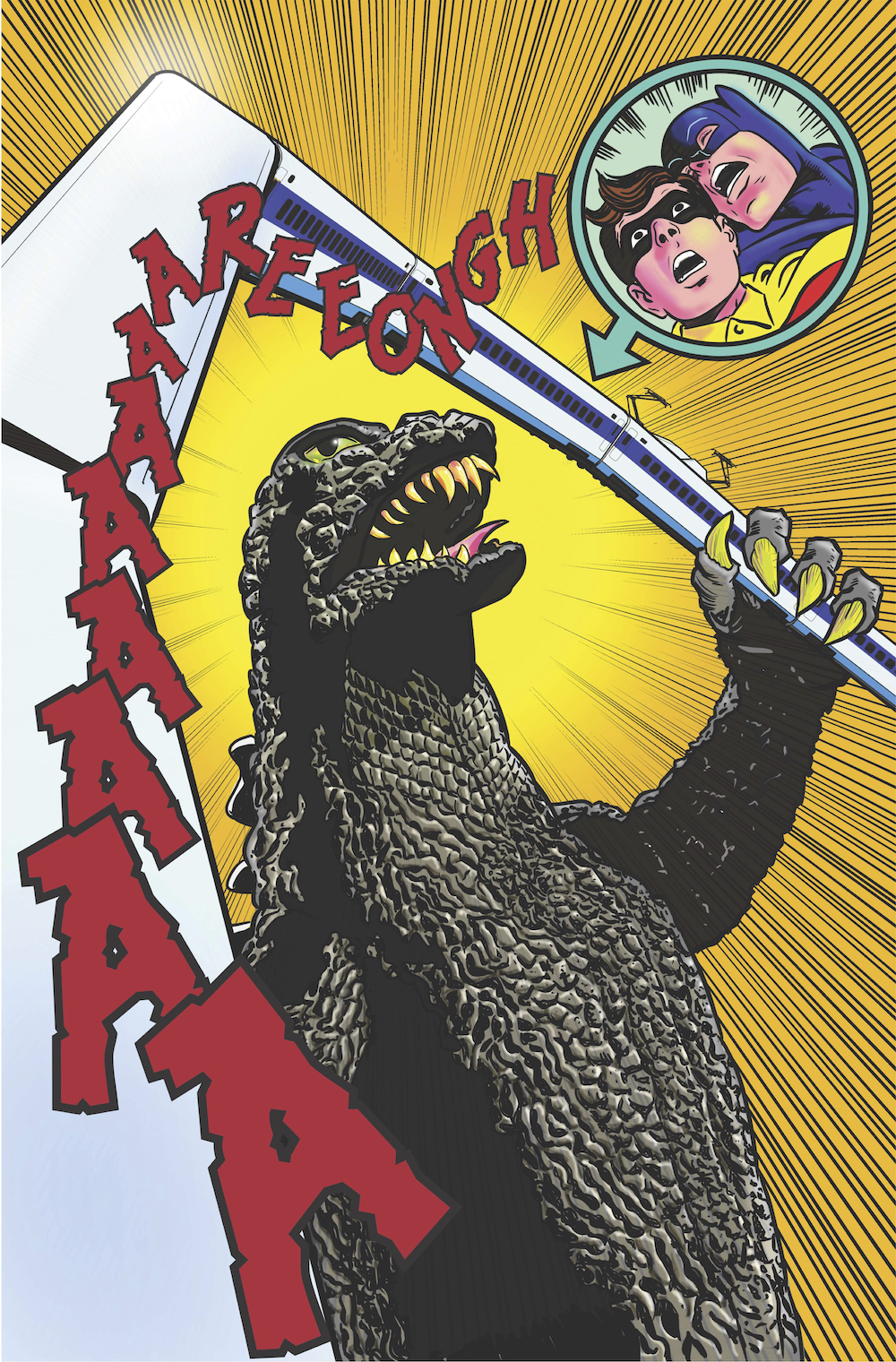 What’s great is that each section boasts a different art style — from cartoony to manga to relatively straightforward American comics. 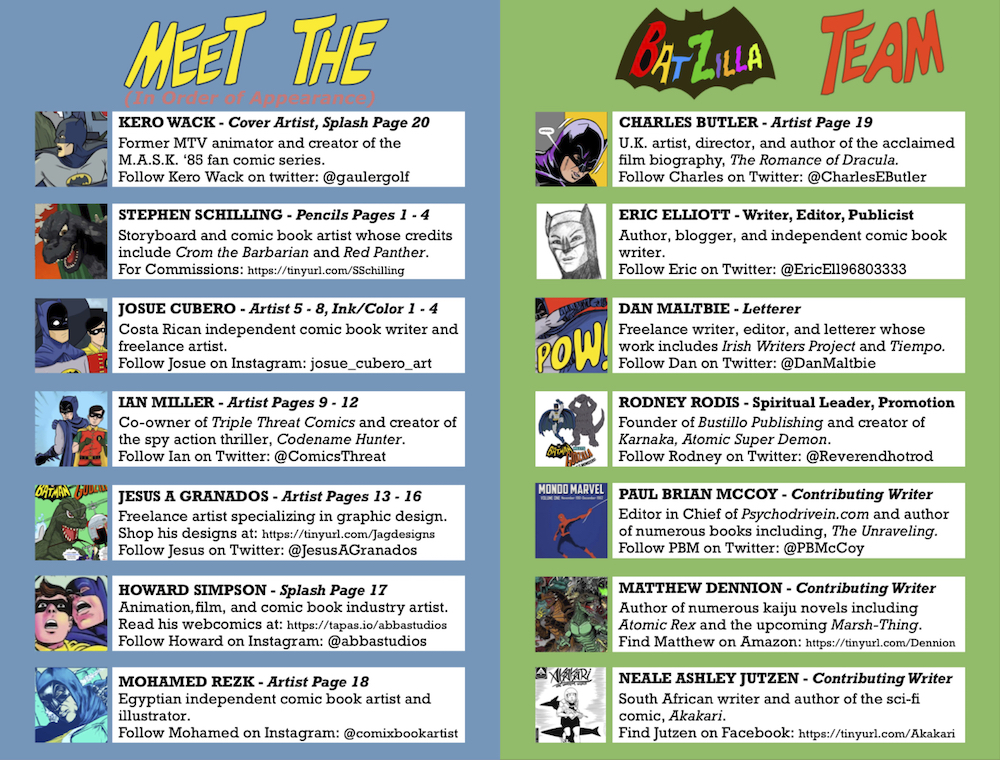 Anyway, if you want to read the whole issue — and you do — click here. It features a ton of extras, including groovy pin-ups and the book’s concept art: 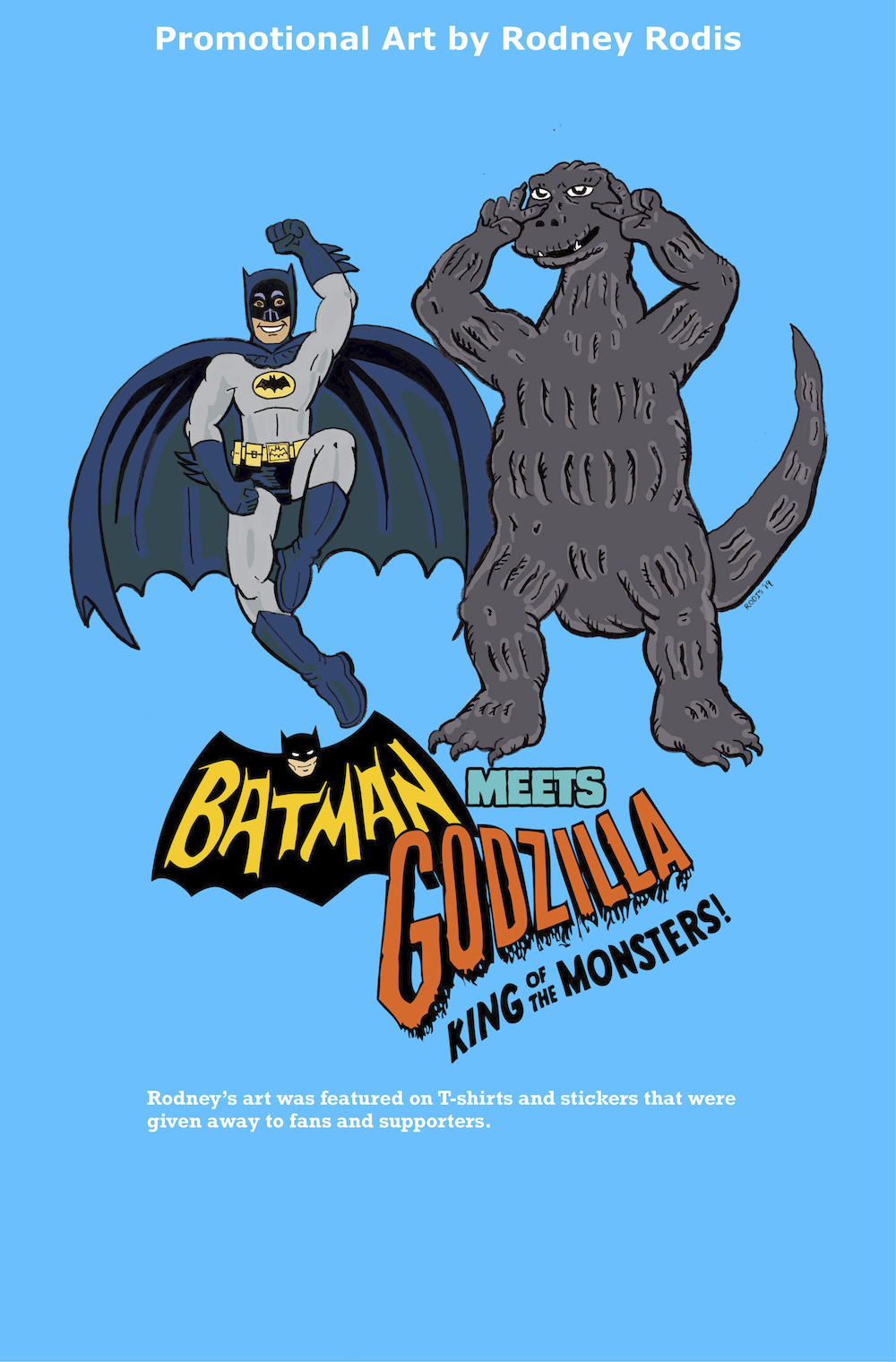 Come on! How awesome would it have been to see this in a movie?! 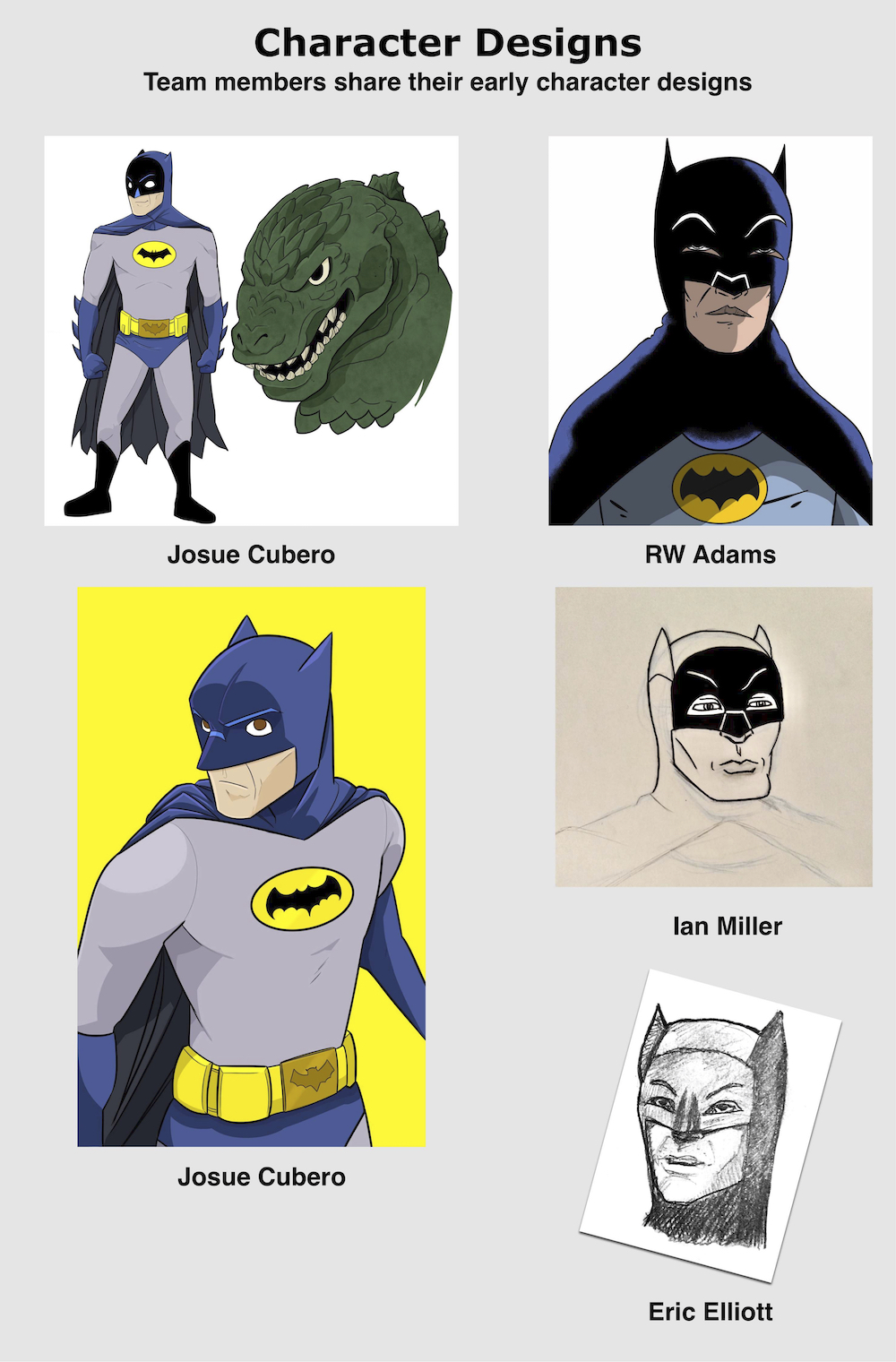 One spoiler I will give away is that the issue ends on a cliffhanger. But Project Batzilla is already gearing up for the next installment — and they need your help: 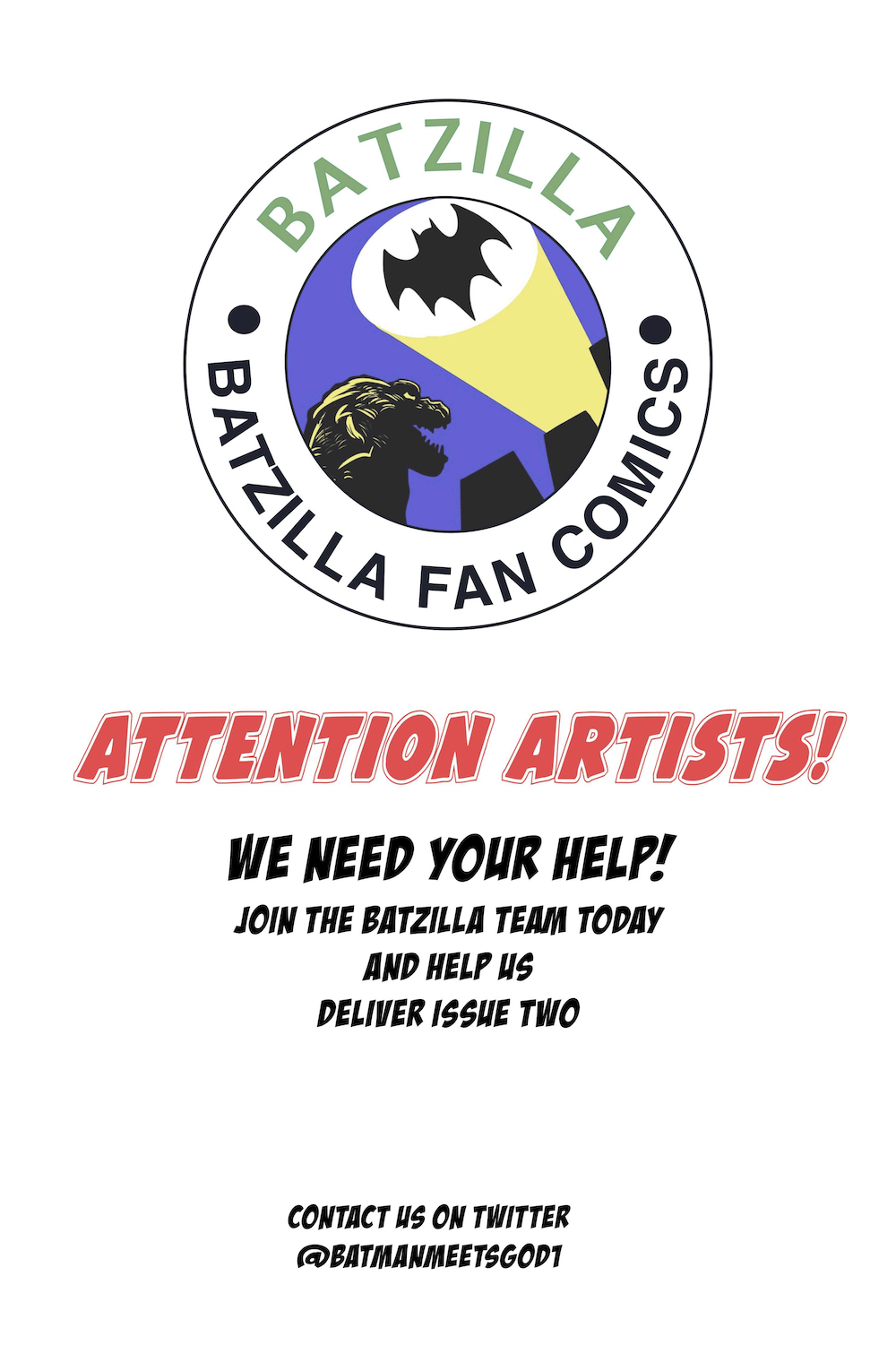 So give them a hand, citizens! The future of Batman Meets Godzilla could be up to you!

— The Ultimate Battle! GODZILLA VS. THE MARVEL UNIVERSE. Click here.