We’ve been having a lot of fun with the “lost” Batman ’66 Meets Godzilla project (click here) and now we’ve got another SNEAK PEEK for you — the far out new Batgirl Cycle.

You might have caught a brief glimpse of it the other day but check out this full-on concept design by artist Ian Miller: 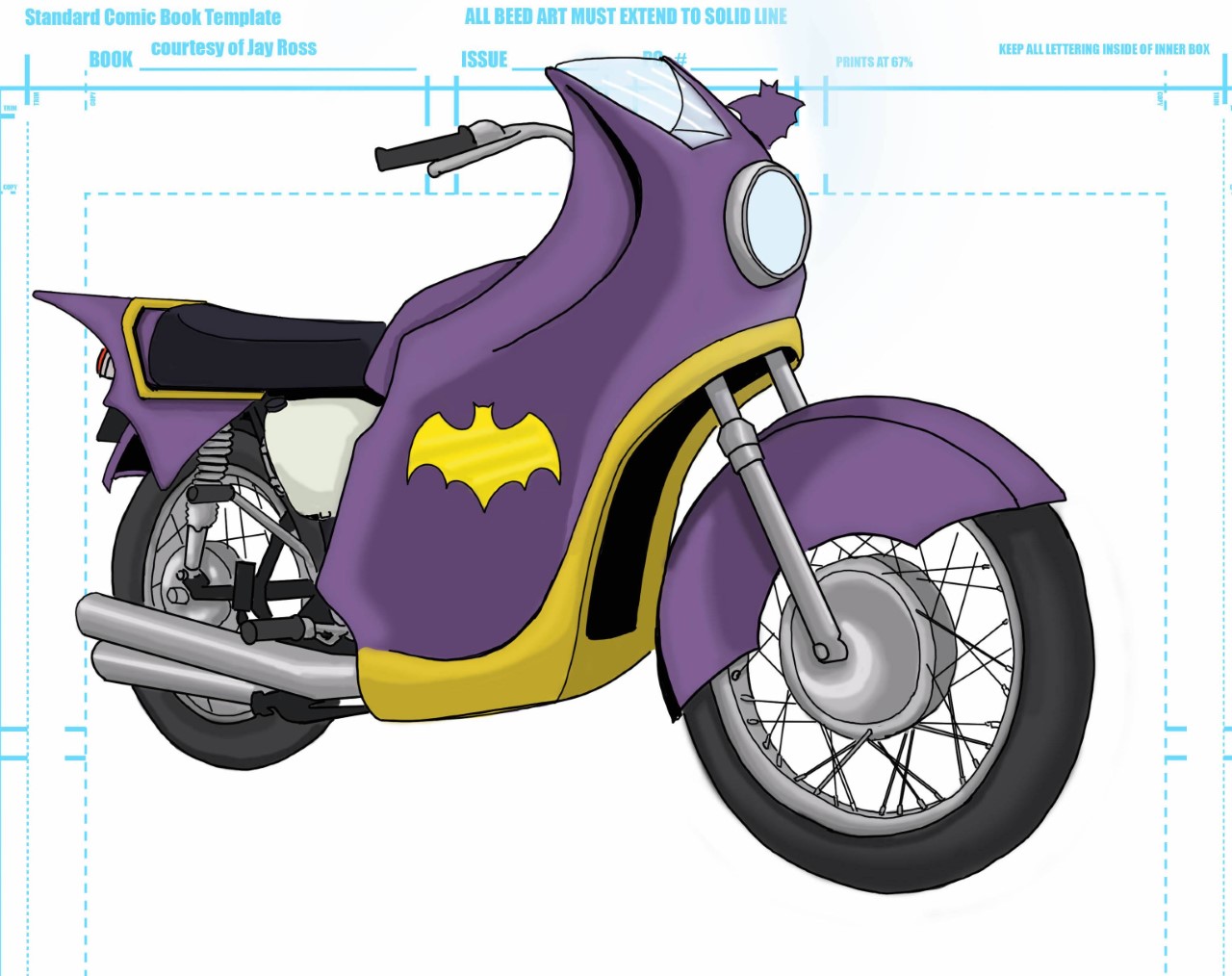 What I love about this is the attention to detail: It’s based on a 1969 Kawasaki H1, which makes all the sense in the world when you figure that this story takes place after the series and that Barbara Gordon is in Tokyo. She would somehow have a souped-up version of a Japanese motorcycle.

And as much as I dig the kitschy fringe on the original, let’s face it: It’s ludicrously sexist. So I like that the design captures the essence of the original, while modernizing it. 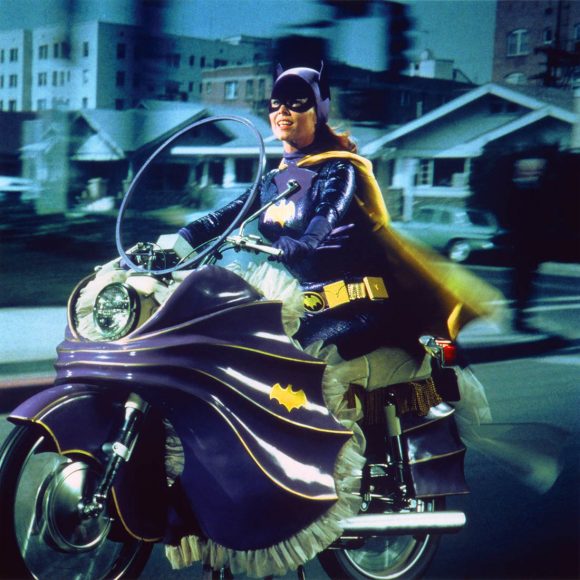 The original was based on a Yamaha YDS-5E.

Here’s a rough of the new design, by the way… 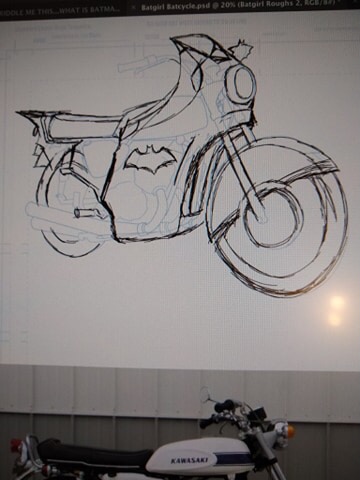 …and here’s the real deal: 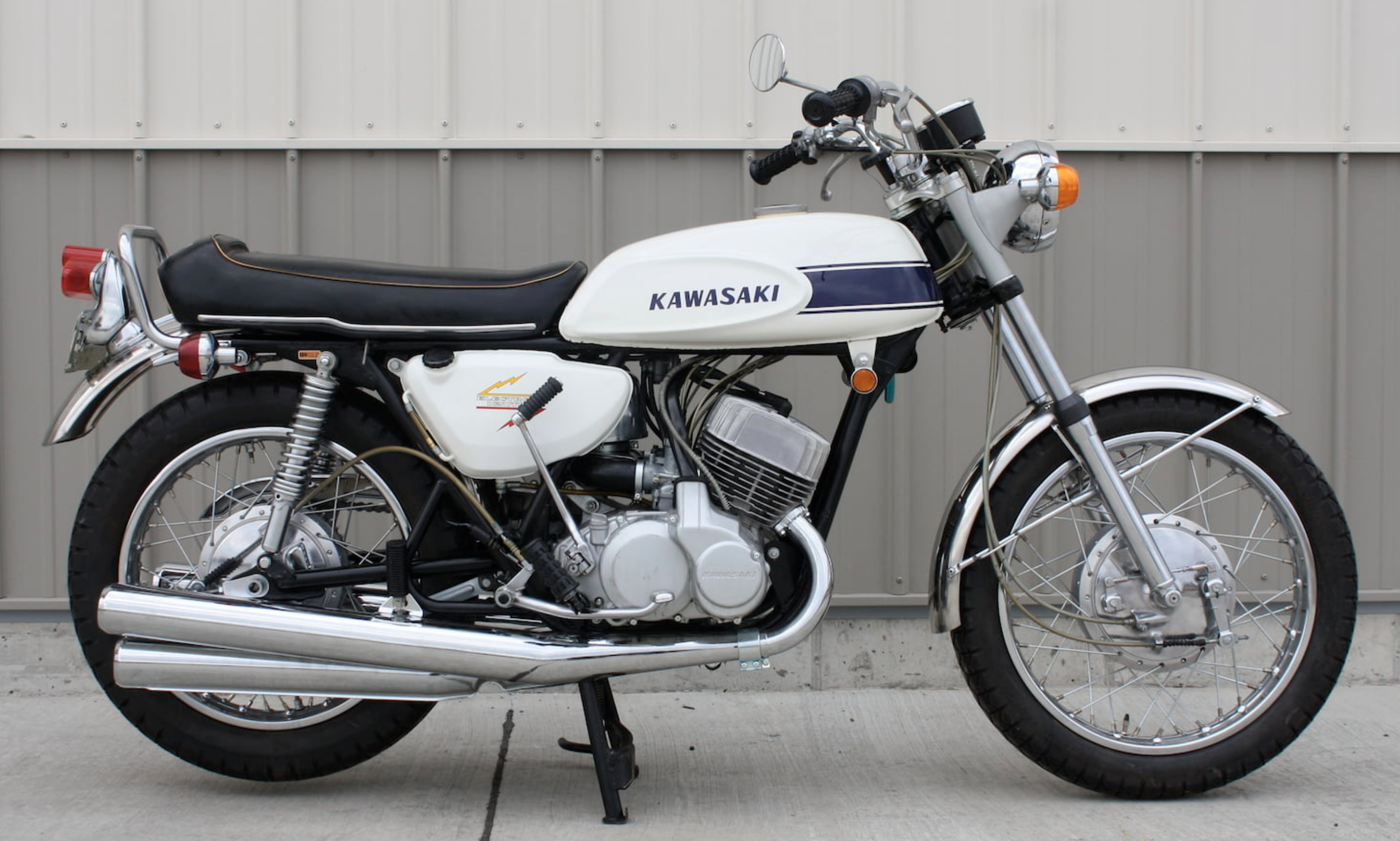 Oh, and wait until you see the new Batmobile that the Project Batzilla folks have come up with…