The Bravest Warriors tandem will be appearing together at EAST COAST COMICON on April 11-12!

Kate Leth and Ian McGinty have plenty of their own gigs but they’re also the team on Boom‘s popular Bravest Warriors. Here they riff on their projects and fave bits of comic-bookery.

The two are among the many guests — like J.J. Sedelmaier, Fred Hembeck and Fred Van Lente — whom we’re spotlighting ahead of the show.

For the full guest list, click here. Neal Adams! Steranko! Bisley! Nocenti! Arthur Adams! And for tickets, click here! East Coast Comicon is at the Meadowlands Exposition Center in N.J. There will be 300 exhibitors, the 1966 Batmobile, cosplay and other contests and so much more!

I’m writing Edward Scissorhands for IDW and Bravest Warriors for Boom! Studios. I’ve just started working on the next Adventure Time graphic novel and am mid-preparation for a comic with Retrofit. I also do a podcast called Less Than Live! 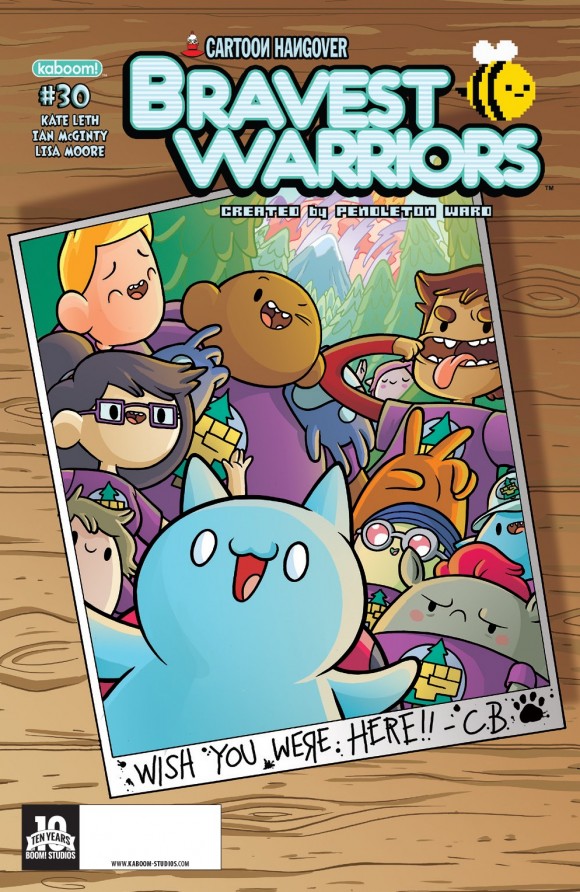 Meeting Ian. If he doesn’t say meeting Kate, I TAKE IT BACK.

Archie. It was always Archie. I had giant Rubbermaid bins of Archie digests as a child. I lost most of them when I first moved out but I’m still a big fan.

Ms. Marvel, Southern Cross, Howard the Duck, The Wicked + The Divine, Rat Queens, They’re Not Like Us, Gotham Academy, Bitch Planet, Sex Criminals and The Kitchen. 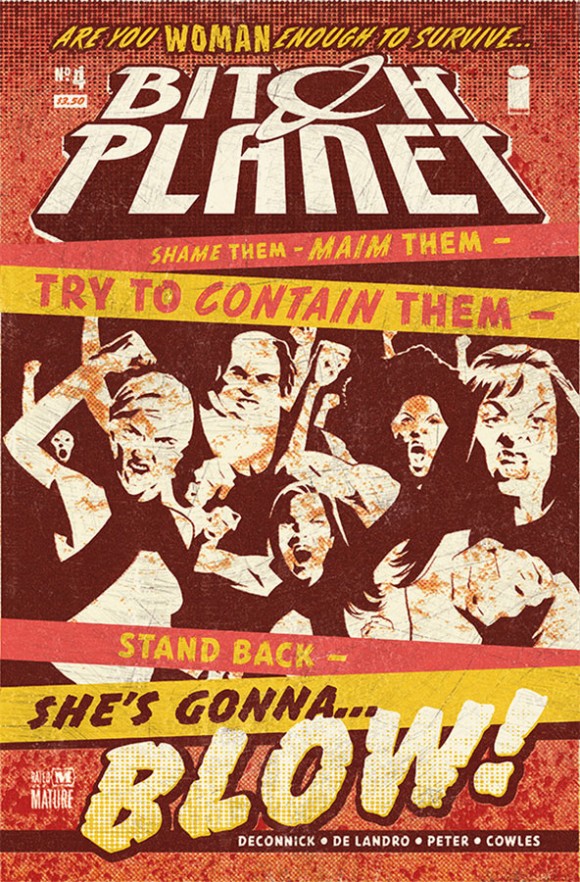 Ian McGinty: Like my best friend, Catbug, I also started off as a disgusting grub monster except I stayed that way. Help.

A lot actually, it’s cool! Of course, Kate and I continue to spew our blood and guts and meat bits onto the pages of Bravest Warriors every month. My editors, Cameron and Shannon, have been so kind as to allow me to tackle all the A covers, which was a big idea I had that actually worked out and in that vein, we created two brand-new characters, Bugcat and Peach, something I’m personally proud of for many, many reasons that you can probably find on the Internet.

I’m also co-main series artist for Boom‘s new Munchkin comics, based off that rad card game, contribute shorts and stuff to Adventure Time, slowly but surely banging out my upcoming Cook Book/Graphic Novel/Monster Pirates book with Top Shelf and I’m currently in the final stages of developing an animated series pitch, created by me, with Modern Prometheus Productions. 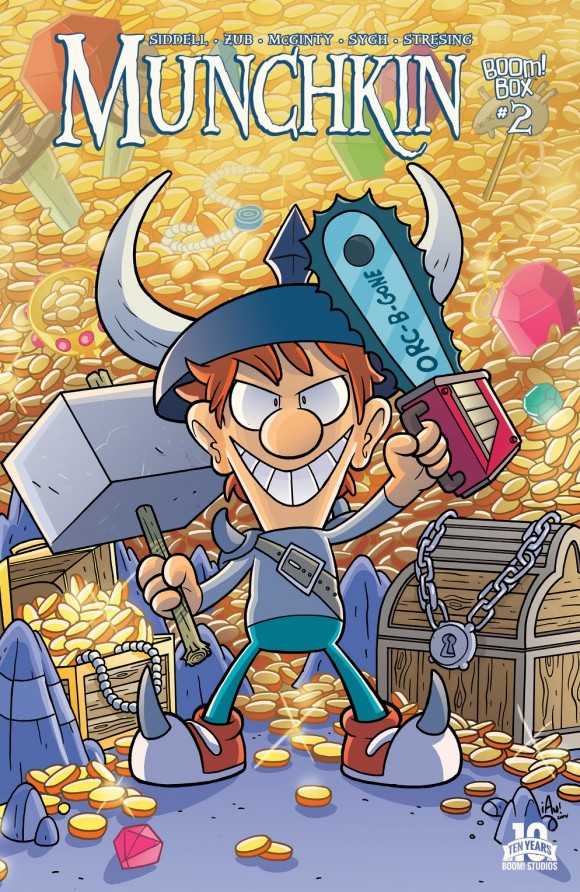 That’s tough, I meet a lot of really amazing people. A particular moment stands out at a convention I did in Calgary, where a really cool kid wanted to get a sketch but it was pretty late in the day and he had school in the morning so, realistically, it just couldn’t happen.

But I bumped him up on the list ’cause he was very polite and a fan and he got his sketch and loved it, so the next day I got an e-mail from his family saying how excited he was and in that e-mail was a photo of the dude holding a drawing he made for ME of Jake from Adventure Time. I was floored, it was probably the first time someone had taken the time to find me online and write a really nice letter/e-mail to me. 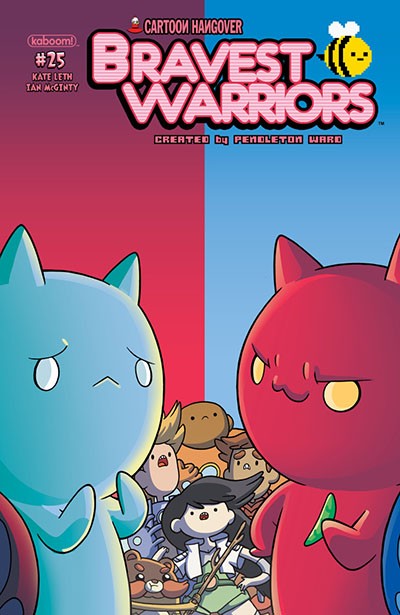 A similar thing happened last year at Emerald City Comic-Con where a really nice young lady drew me a picture of Catbug. It is hanging on my desk lamp, and the SAME year, someone actually baked me and Kate cookies because of a horrible joke we couldn’t let go of on Twitter and in the comic about a box of hornets. Fans are amazing and weird and cool and I love them all.

I do, actually. The first collected edition of Calvin and Hobbes. It has no cover and there is throw up on one of the pages from getting car sick. I also have the Squee! trade by Jhonen Vasquez, still, and I read it yesterday. It’s still really f*cked up. I hope Squee is in heaven.

Weirdly, I don’t get to read as many comics now because I am drawing so many comics. But I have to say the Bee and Puppycat comics are some of my favorites out there, and I have been enjoying Steven Universe, too. Eryk Donovan and James Tynion‘s Memetic rocked, and I also dug Seconds. What else? Hm, I’ve been rereading Dr. Slump. Those are good. They have not made this yet but rest assured if they created a comic book series based on Clone High, I would be recommending the hell out of it (and drawing it). 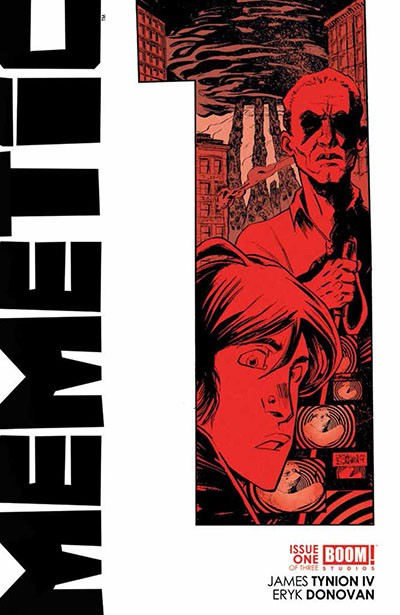 Kate Leth and Ian McGinty will be at East Coast Comicon at the Meadowlands Expo Center in N.J. Come meet him! Click here for tickets!