Y’know, Superman has been famous for more than 15 minutes… 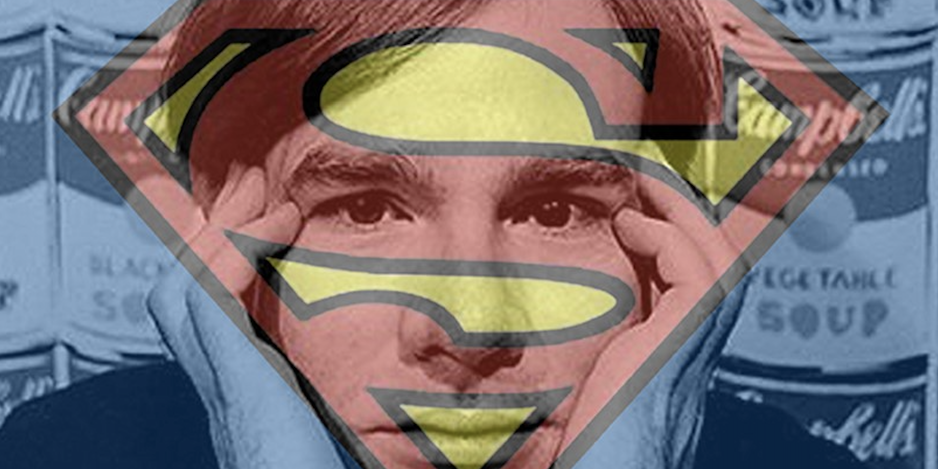 Netflix’s The Andy Warhol Diaries is getting a lotta buzz on the streaming scene — which means the timing is perfect for historian Arlen Schumer’s in-depth webinar on the superstar pop artist and his comic book connections, namely his Superman art.

Check out the details, provided by Arlen himself:

When people think of the signature works of the late, great Andy Warhol (1928-1987), they conjure the iconic Campbell’s soup cans and Coke bottle silkscreens, the Brillo Boxes, the Marilyns, Elvises, and numerous other celebrity portraits. But rarely do they think of his significant Superman works.

Yes, it’s Superman: Not only was the Man of Steel the subject of one of Warhol’s very first Pop Art paintings in 1961— paintings that predate fellow Pop Artist Roy Lichtenstein’s first forays in the genre—but Warhol would return to the character two decades later with one of his trademark silkscreens. And in between the two? A mysterious set of Superman artworks, published posthumously in the Museum of Modern Art’s 1992 exhibition catalogue, that are actually… forgeries!

So come join comic book and pop culture historian Arlen Schumer (author/designer, The Silver Age of Comic Book Art) as he takes you on a webinar tour of Warhol’s Superman (plus other comics characters) and artworks, dynamically displaying them in ways that will make even the most ardent Warhol expert see them as if for the FIRST time!