When Selina Kyle got her first series…

The other day I posted a piece about a cool ad in Batman #345 that showed off a slew of DC back-issue prices in late 1981. You can lose yourself in it, so click here to check it out if you want nifty insight into what was driving the market 40 years ago.

But in the same issue, I also came across a rad full-page ad for a Catwoman back-up series, featuring some now-classic stock art by Jose Luis Garcia-Lopez: 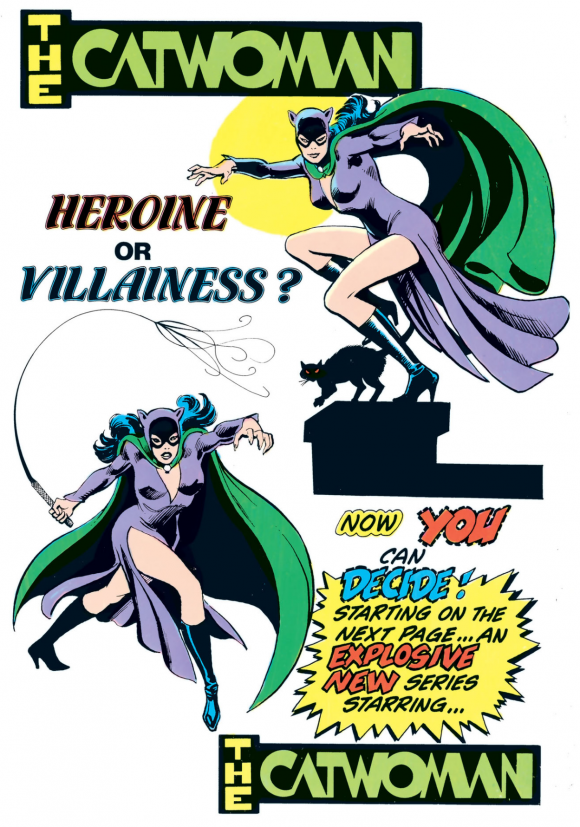 The layout isn’t the greatest, I admit, but it certainly caught me off guard when I came upon it as part of a lengthy re-read I’m doing. And the most interesting aspect is that it led right into the series’ first story, as opposed to hyping it for a couple of months. (Makes me think that perhaps it was a rush job.)

DC at the time was trying to figure out Catwoman’s direction. Writer Len Wein a few years before had brought back Selina Kyle as a woman trying to stay on the right side of the law and, naturally, she fell into  a serious love affair with Bruce Wayne. This was the first time the two had an extended romance (not counting the alternate-reality Earth-Two versions).

The tension in the relationship wasn’t a Sam-and-Diane “Will they or won’t they?” It was “Will she or won’t she relapse to a life of crime?” Letter columns were filled with opinions and ultimately, DC kept her on the right side of the law, even as Selina’s relationship with Bruce hit the rocks. 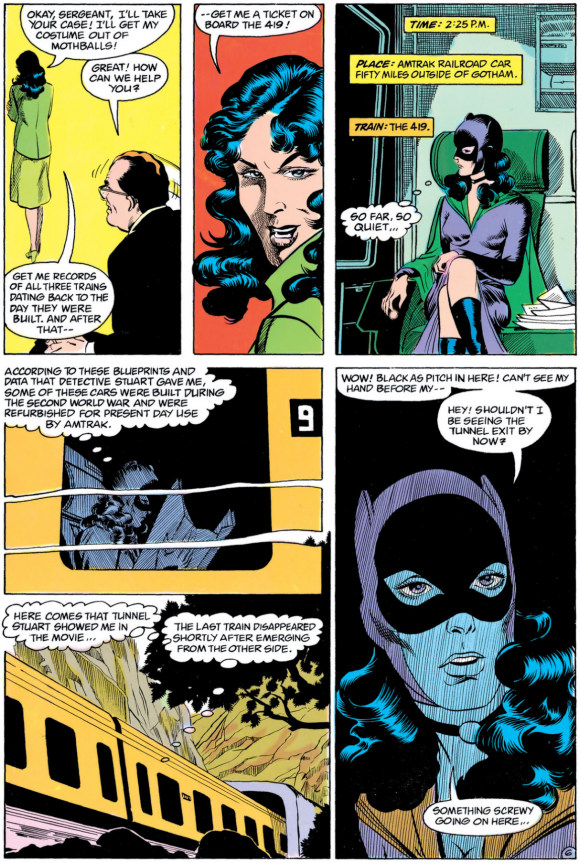 But then the natural question was what to do with her next. And so DC took a flyer on a back-up series — her first — written by Bruce Jones with art by Trevor Von Eeden.

She’d had a back-up story before, but this was really her first test as a solo character — across a handful of issues, she was depicted more as a hard-edged hero than the antihero she would become in future interpretations. The stories are pretty solid but they’re most notable for Von Eeden’s evocative art and offbeat layouts. 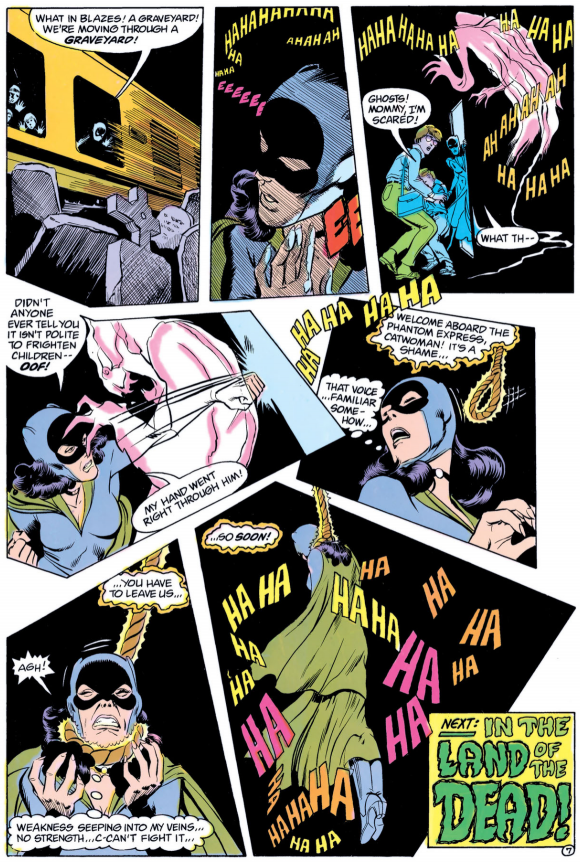 All in all, it was an interesting experiment before Selina would be completely rewritten in Frank Miller’s Batman: Year One about five years later.

Either way, I really dig that house ad — though its promise that “YOU CAN DECIDE” makes me wonder whether a phone-in poll would have been more fitting here than when DC killed off Jason Todd years later.