DC to Launch New Series of Reprints With BATMAN #232

EXCLUSIVE: Ads and all!

We broke the news that Neal Adams has a new miniseries coming in August — Batman vs. Ra’s al Ghul. Click here to check out the details.

But you know what’s also cool?

In connection with the series, DC is launching a new line of facsimile editions with Batman #232, which introduced Ra’s al Ghul. These are reprints that try to emulate an original copy — ads and all. 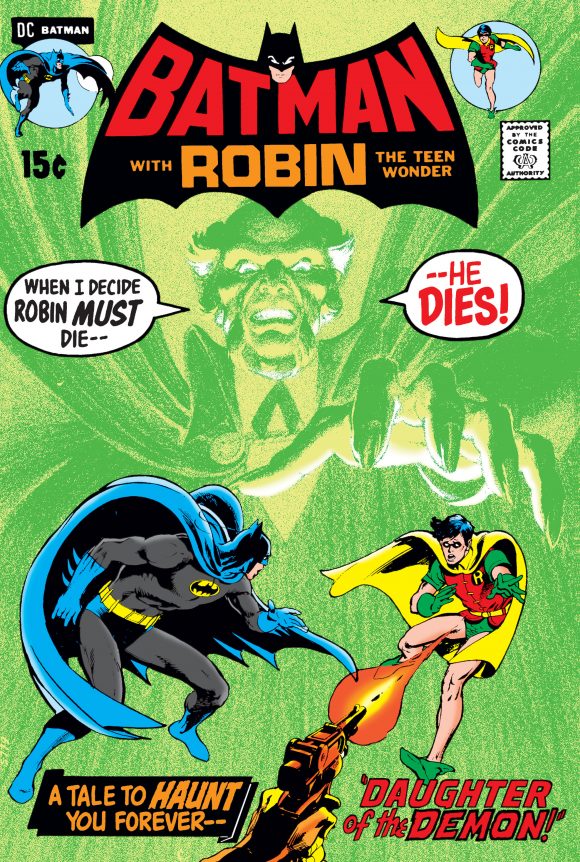 The story that introduced Ra’s al Ghul is reprinted in the first of DC’s new line of facsimile edition comics. In “Daughter of the Demon,” Ra’s reveals that he knows Batman’s secret identity—and that he needs the Caped Crusader’s help to save his daughter, Talia. It’s a tale that established Ra’s al Ghul as one of Batman’s most cunning and unpredictable foes!

An original Batman #232 will cost you a bundle, so this is a fantastic, inexpensive way to read through an issue close to how it appeared in 1971.

I’ve been saying for quite awhile now that DC should ramp up the reprint machine for editions exactly like this. So, I absolutely cannot wait for Aug. 21.

(UPDATED 5/16/19: The second facsimile edition will be House of Secrets #92 — Swamp Thing’s debut by Len Wein and Bernie Wrightson. Click here for details.)