EXCLUSIVE: House of Secrets #92 gets a facsimile edition in August…

On Wednesday, we broke the news that DC is launching a new line of facsimile editions — inexpensive reprints of classic comics, featuring their original ads and so forth.

But right on the heels of that release will be House of Secrets #92 on Aug. 28 – featuring the premiere of Swamp Thing, by Len Wein and Bernie Wrightson.

Here’s the official solicitation info, to be formally released by DC on Friday: 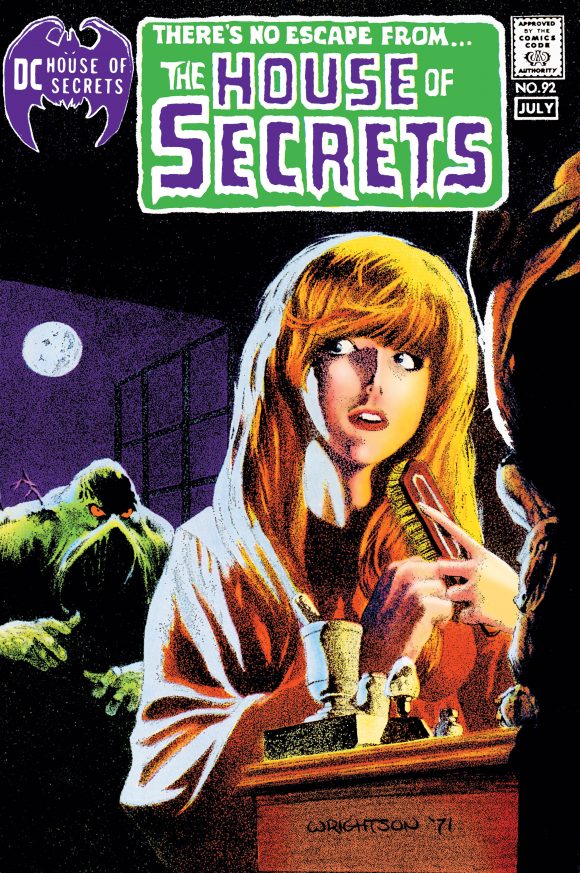 DC’s original Swamp Thing made his unforgettable first appearance in this 1971 mystery comic, now reprinted in this new facsimile edition! Now’s your chance to experience writer Len Wein and artist Bernie Wrightson’s first take on DC’s most popular monster, along with several other scary tales.

I am a huge, huge fan of these types of reprints. It’s one thing to read a story in a trade edition and another thing to read a digital copy. Fine experiences, to be sure.

But there’s nothing like reading a classic comic in its original context, with the kitschy ads and entertaining letters columns surrounding the stories.

Not only that, facsimile editions are great for filling out runs if you can’t afford an original. And with the $3.99 price, you won’t lose your mind if you crease a page. (Genuine copies of Batman #232 and House of Secrets #92 will set you back a big ol’ stack.)

Anyway, it seems fitting that DC is launching these in August. Nothing like summer to bring back such cool, comics-reading memories.