The Dean of Batman writers reflects on the creation of one of comicdom’s greatest villains. 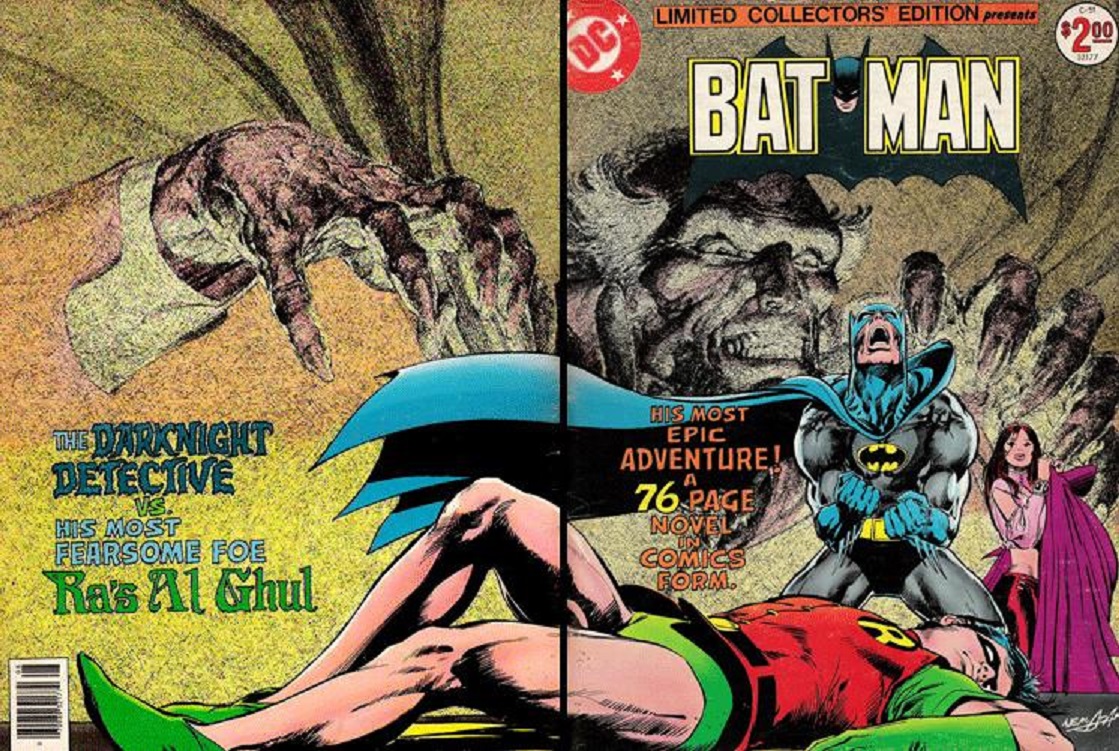 When I started writing about comics, I had five people I knew I wanted to talk to: Adam West, Burt Ward, Julie Newmar, Denny O’Neil and Neal Adams.

I’ve said it before in different ways, but the first three are basically responsible, for different reasons and to somewhat different degrees, for my love of Batman. But it was the last two who really made me love comic books.

As it turned out, I reached West, Ward, Newmar and Adams pretty quickly. But I saved O’Neil for last. I guess I was kind of intimidated. The others are actors and an artist. These are skills I never really had. But O’Neil is a writer and an editor and, as a writer and editor myself, I was a little gunshy.

No need, as it turned out. I was able to spend an afternoon at his home recently (he doesn’t live far from me) and he was gracious and immensely generous with his time. He answered every question that I had and the time spent will form the basis of a recurring feature here at 13th Dimension and this Batman column: The Denny O’Neil Interviews.

The first installment — which we published on Denny’s 75th birthday last month — featured both O’Neil and Adams talking about one of the greatest Batman stories ever, from Batman #251.

Today, we segue into one of their greatest creations: Ra’s al Ghul. I brought a copy of Batman #244 with me (Adams discusses it here) and asked O’Neil for the story: 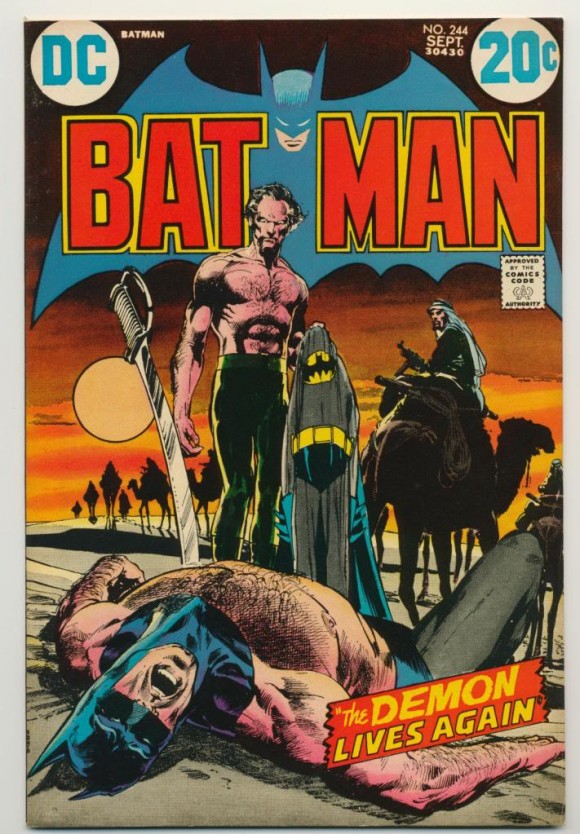 The finale of the first Ra’s al Ghul saga.

Denny O’Neil: Oh, yeah! (Both laugh) I remember this. Well … this is the first Ra’s al Ghul story.

Denny: Yeah. … It was a long time ago. When Neal and I were doing GL/GA (Green Lantern/Green Arrow), the conventional wisdom was that a comic book has a life of about 3 months. It was junk! It was birdcage lining.

Even the people who worked in the field did not use the words “art form.” So I had no reason to pay attention to it. I knew we were pushing an envelope with GL/GA. I thought, “So maybe this will last a year.” If you had told me that 40 years later it would come out in a hardcover, slipcovered edition, I’d have said, “You’re nuts! It’s not that important.”

So with THIS, Julie Schwartz and I — who had a wonderful working relationship — decided it was time for a new Batman villain because, as sometimes happen, you keep going back to the same well. The Joker, the Penguin, those guys.

I made a mistake writing a bunch of stories without a colorful villain. That’s part of the genre. That was a craft slipup on my part. So Julie had a name. Ra’s al Ghul! It means, “head of the demon” (in Arabic). And I went home with the notion that we were going to try to do a major villain.

That does not always work. A lot of stuff in comics happens accidentally. Spider-Man was to kill 15 pages in a title that Stan (Lee) knew was gonna be canceled. GL/GA happened because the book was dying and Julie had nothing to lose. In this case, where we kind of set out to do a major addition to the mythos, (an) issue that preceded this was drawn by Bob Brown and introduced Talia. 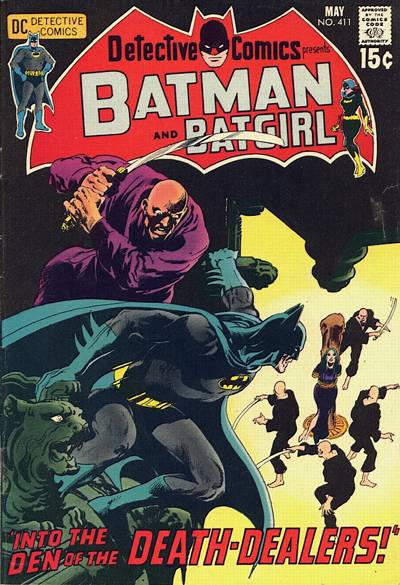 I must have known how Talia was going to fit into the mythos. Julie didn’t micromanage, which is one of the places I learned not to micromanage. If you have good people, you set the parameters, you tell ’em what the deadline is and you make yourself available to them if they need help. …

So I went home and wrote a script and I guess I was reasonably certain it would go to Neal but in those days you didn’t know which artist was going to be picked out of the hat. With GL/GA, I assumed it was gonna be Gil Kane because he was the GL artist. At a convention about 6 months ago, Neal told the story of how he ended up with that assignment and I had not heard it before.

What was it? How did that happen?

Basically, Neal had wanted to draw Green Lantern and made that known to Julie and then when I started doing those so-called relevant stories, Gil had left to work on some other stuff that he was interested in and since Neal had already shown an interest in doing that and Neal and I worked well, that’s how he ended up doing that series. …

Anyway, so this was the first Ra’s al Ghul (story). How do you pronounce it?

My daughter asked somebody in the UCLA language department and “Raysh al GOOL” I think is what she ended up with, but it’s pronounced all over the lot. “Rahs” al Ghul I think is a common one.

It’s funny because as a kid I used to read it as “Rozz” al Ghul, even though the line was over the “a” which I knew enough to say, “Well, that’s pronounced “Rays” but in my mind it didn’t sound right. It sounds like it should be “Rozz al Ghul.”

So anyway, what I brought (here) was the first Neal Adams issue that you did with Ra’s al Ghul and then the finale of that first story where they have the sword fight in the desert. Now you said it was Julie’s idea. He had the name and so you went with the specifics and created …

Yeah, in Julie’s autobiography he said he gave me the name and then he turned the job over to me, which squares with my memory of it. 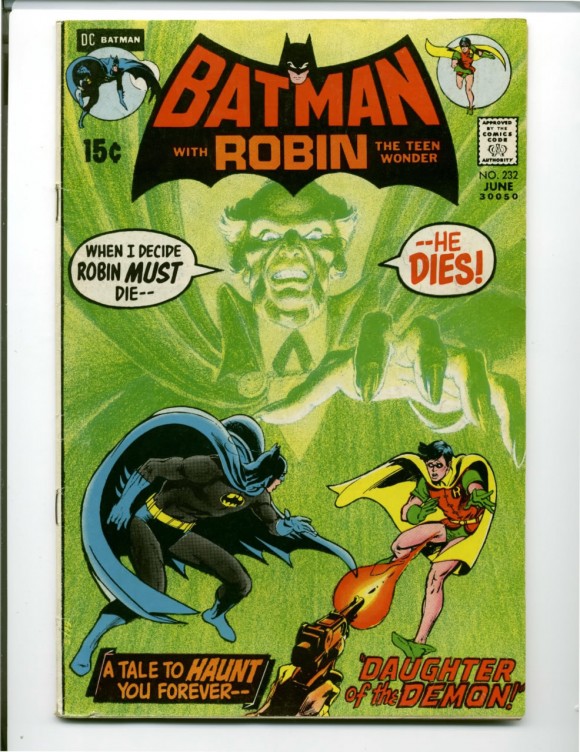 Taking it from there, how did you develop the character?

I don’t know. Journalists have pointed out similarities to Fu Manchu and even to James Bond.

He always seemed like a James Bond villain, or could have been!

I am prepared to swear … well, I’m not a believer in the Bible, but I’ll swear on any document that you want that I only once lifted something consciously. That was in the first year of doing comics and I didn’t know that was a no-no. (Dan laughs)

I am sure I never read any Sax Rohmer novels. I might have seen one of the movies. I was going to a lot of Times Square raunchy (theaters) that showed very old movies. That’s possible.

James Bond? Yeah, I read all of Fleming’s books. I was not conscious of those similarities until they were pointed out to me 40 years later. It’s a common enough idea. It does drive me a little crazy to wonder, was my subconscious lifting? I shouldn’t worry about it because one of my favorite mainstream writers wrote a whole book on how it’s impossible NOT to borrow. 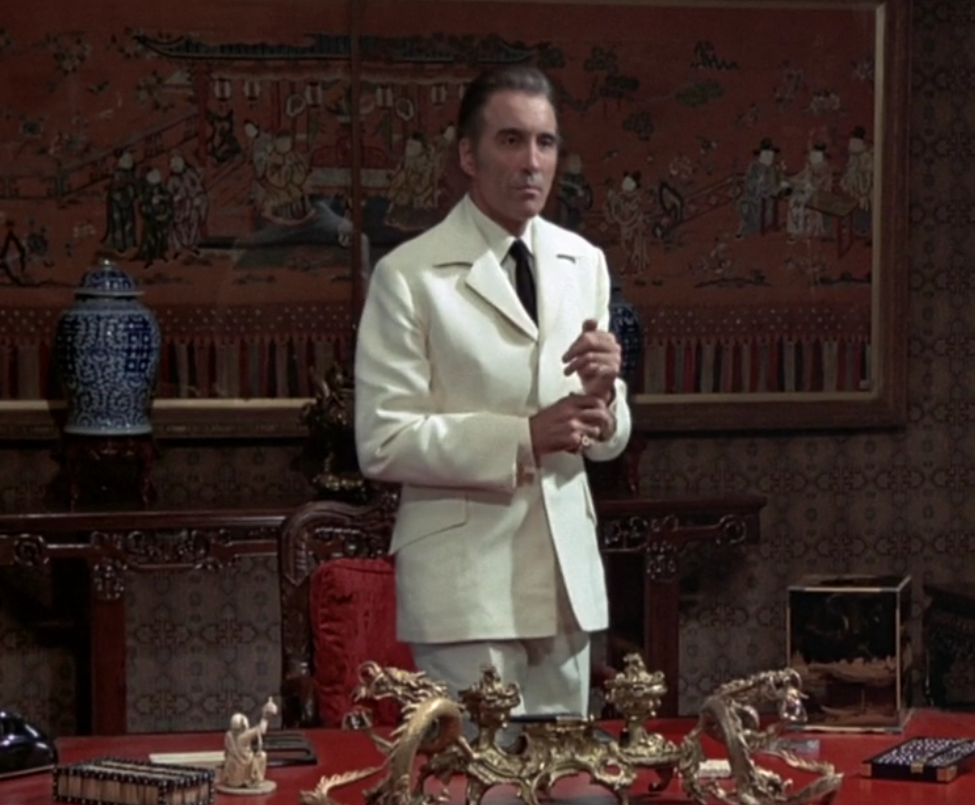 Christopher Lee as Scaramanga in “The Man With the Golden Gun.” To this day, I still think he would have made a GREAT Ra’s al Ghul.

Yeah. I would agree with that because no matter where you are as a writer you’re influenced by what you’ve seen. How you internalize it and how you analyze it is what makes it different. But there are only so many notes on a musical scale. There are only so many words in the language.

Jonathan Lethem wrote a wonderful book called “The Ecstasy of Influence.” It first appeared as an article in The Atlantic. He points out that there was a novel about a guy who marries a woman in order to get sexually to her daughter and the kid’s name was Lolita. 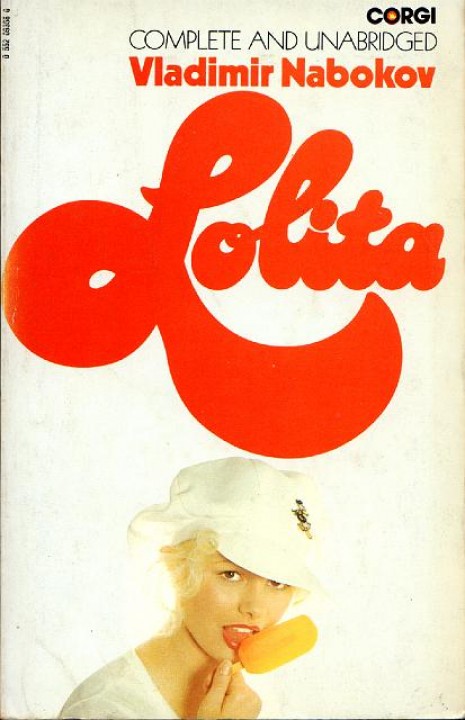 What a strange cover.

But it was NOT Nabokov. Nabokov … maybe HIS subconscious was working but he took that idea and did something wonderful with it. In Letham’s original article — something like 17 magazine pages — he informs you that every paragraph you’ve just read has been lifted from somebody! And then he lists his sources!

(Denny laughs) That’s kind of humbling. It really does put you in your place because if you’re walking around with your chest out going, “I’m this wonderful creative person…”

While we’re all subject to genetics, it’s probably not an accident that my son went into the same general line of work that I did. I had an uncle that owned a glass company but he loved to tell stories and show home movies. It takes many forms. That is also very humbling.

It’s also very comfortable because if I’m not responsible for what I’ve done well, maybe I can take it easy on myself on the many things that I have screwed up!