A BIRTHDAY SALUTE: The celebrated Mr. K’s latest in a recurring series of great stories about folks connected to the comics world… — Welcome to columnist Paul Kupperberg’s recurring feature A COMIC MOMENT WITH… Having worked decades in the biz, Paul has so many great, humorous stories to tell, this seemed like a really groovy way to share some of them — especially on birthdays. This time out, it’s the late EARTHA KITT, who was born 95 years ago!  — A COMIC MOMENT With… EARTHA KITT By PAUL KUPPERBERG Eartha Kitt (Jan. 17, 1927 — Dec. 25, 2008) was a singer, dancer, actress, comedienne, and activist famous for her recordings of “C’est Si Bon,” “Santa Baby,” and “Under the Bridges of Paris.” She made her first appearance on Broadway in 1945 and her last in 2000, winning two Tony Awards along the way. She also appeared in Disney’s The Emperor’s New Groove (2000) and won a pair of Daytime Emmy Awards for her work on the animated series, The Emperor’s New School, and a third for a guest role on Wonder Pets! And in 1967, she became the third actress to play Catwoman on ABC’s Batman. In 2006, we had tickets to the Westport Playhouse in Connecticut to see Thurgood, the one-man show by George Stevens Jr. about civil rights attorney and Supreme Court Justice Thurgood Marshall, starring James Earl Jones. The show, with the talented Jones fiercely stalking the stage against a backdrop of black-and-white slides, was wonderful and it was impossible not to be sucked into the history and performance. But then came intermission, and as I stood to stretch, I glanced around at the rest of the audience. The Playhouse, under the artistic direction of actress Joanne Woodward, attracted a large celebrity audience and it wasn’t unusual to find yourself sitting next to someone from stage or screen. At this particular performance, I wasn’t sitting next to a star, but one section over and two aisles up from one. Eartha Kitt was in the audience. She was almost 80 but she still looked amazing, dressed in black, the same lithe figure and distinctive smile I recognized from variety shows throughout the 1960s and, of course, as Catwoman in Batman, Season 3. Kitt’s replacing Julie Newmar, the original TV Catwoman, who was doing a movie, was what...

CAROLINE MUNRO — The Greatest TALIA That Never Was

CAROLINE MUNRO — The Greatest TALIA That Never Was

A birthday rumination on what might have been … — UPDATED 1/16/22: Caroline Munro turns 73! This piece first ran in 2016 but it’s as fitting now as it was then. Enjoy. — Dan — When Sir Christopher Lee died, I wrote that the one great villain he never got to play was Ra’s al Ghul, Batman’s megalomaniacal adversary (click here). When I was a kid in the ’70s I’d write to DC Comics — not quite understanding how such decisions were made — pleading with them that Lee be cast as the Demon’s Head. Ideally, the movie would be based on this Denny O’Neil/Neal Adams/Dick Giordano/Irv Novick masterpiece: But if Christopher Lee were the perfect Ra’s al Ghul, then Caroline Munro was the perfect Talia. I knew Caroline Munro from The Golden Voyage of Sinbad and The Spy Who Loved Me. She was not just beautiful, she was magnifcently sexy and, like Talia, had an appearance of exotic, if nonspecific ethnicity. Lee and Munro acted together in Dracula A.D. 1972. If only they could have been reunited. The British sci-fi/horror actress’ birthday is this week (she was born Jan. 16, 1949) and usually we do a 13 COVERS salute to our favorites here at 13th Dimension. But that’s not really fitting in this case. Instead, just ponder these pix and imagine the ideal casting that was, sadly, never meant to be: So did Neal Adams base Talia on Caroline Munro? We asked him. Click here to see what he had to say. — MORE — CHRISTOPHER LEE: The Greatest RA’S AL GHUL That Never Was. Click here. — REEL RETRO CINEMA: The Golden Voyage of Sinbad. Click... 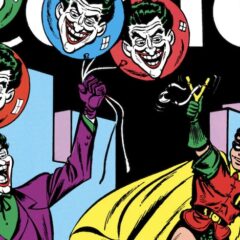 The co-creator of the Joker and Robin was born 100 years ago! 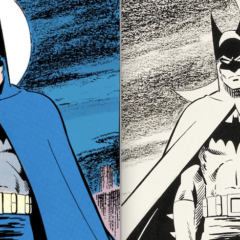 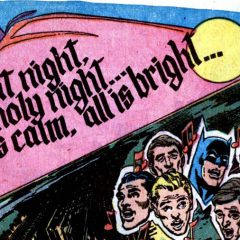 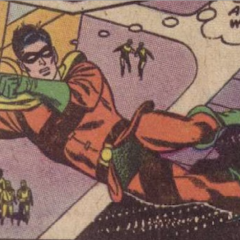 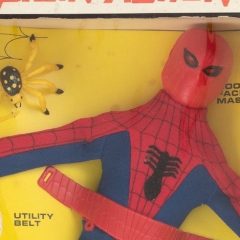 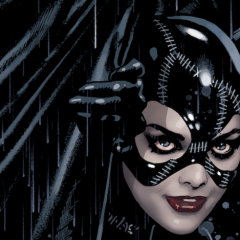