Earlier this week, we spoke to a Batcave full of comics folks about their favorite Batmoments for BATMAN ’66 WEEK. So it only made sense to go back to them to celebrate the show’s first-ever video release!

Wow! Missing “Doctor Who” episodes, Miracleman back in print, and now this!!! There’s hope yet for the King Kong spider pit scene, the Jesus issue of Swamp Thing, and non-ruined editions of Star Wars!

For sale on DVD at last? Well, to quote the man himself — Batman: Luckily, we’re in tip-top condition. It’ll be faster if we run. Let’s go!

There goes my best argument for Soviet-style central economic planning; the corporate rights-holders should be applauded for finally figuring this one out on their own. Assuming crisp video, unedited episodes, audio commentary … I’m shaking like a leaf! Release day can’t come fast enough! But will the last few months of waiting be the most excruciating? 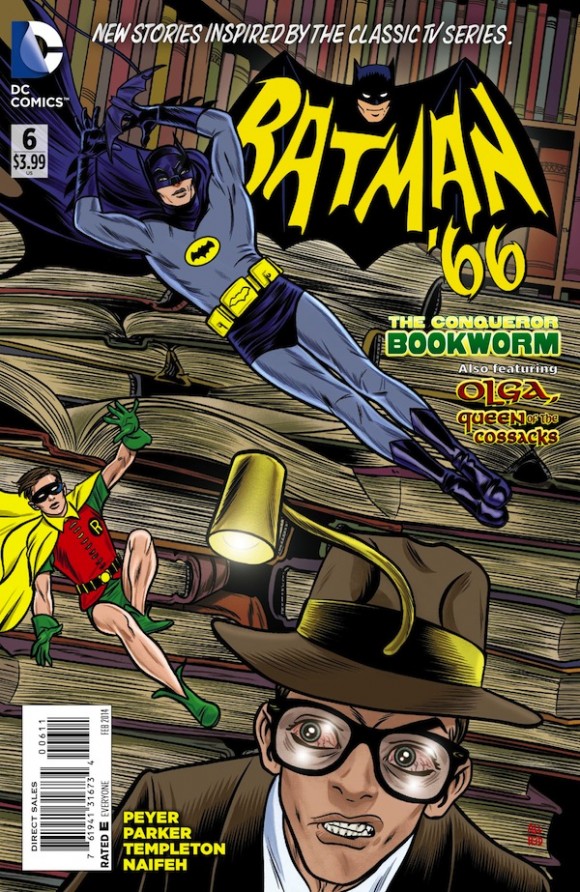 I haven’t seen the show in years, so I have no idea how it might hold up for a 40-year-old. However, I would very much enjoy showing it to my 4-year-old son, who loves superheroes. There is very little “appropriate” comic-related media around for me to show him. I think he’d love it and it would be very amusing to me to see him taking it seriously, as I did at that age

Holy delayed gratification! After waiting so many years for Batman to come to DVD, I almost can’t believe it’s finally happening. In fact … I don’t believe it is. I think this is some nefarious plot by the Penguin, (or Egghead, or King Tut, or Bookworm …)!  We’ll all run out and buy the DVDs, put them into our players, and then they will emit knockout gas, which will allow the dastardly crook and his name-festooned henchmen to sneak in and steal our valuable comic books.

I don’t care, I’m getting them anyway! 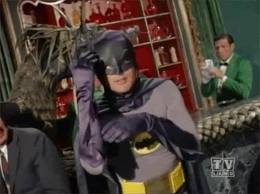 Ron Marz, comics writer who has worked on tons of characters (and says one of his unfulfilled ambitions is to do a Batman: Black and White story)

Once all the Batman ’66 merchandise started to appear, I assumed the DVD set was an inevitability, but it’s nice to have confirmation. To be honest, though, I really liked turning on The Hub channel at night and seeing what random episode was being broadcast, just like when I was a kid watching it in syndication out of New York. Of course, if the box set comes with a Batmobile, I’m in! 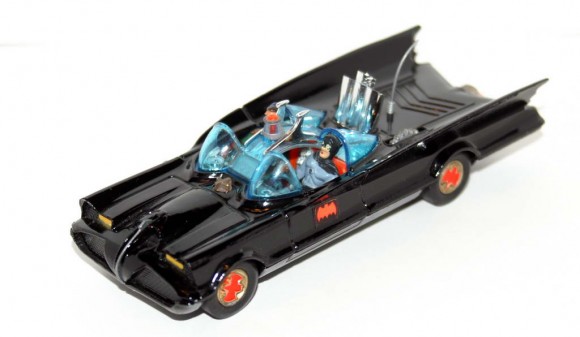 Corgi made the best Batmobile

The announcement that the original Batman television show will finally be released commercially on DVD is cause for Bat-fans everywhere to collectively breathe a sigh of relief and shout “Huzzah!” The years of anticipation for this news (and the growing doubt that it would ever come to pass) have weighed as heavily on fans as King Tut in his sedan chair on the shoulders of his henchmen.

To see the Dynamic Duo and the entire rogues’ gallery of guest stars in their fully restored, brightly colored onomatopoeia glory will not only bring a broad smile to the faces of a lot of “old chums” of the show, but will convince younger generations that Batman can be just as good as a Bright Knight as he can a Dark one. 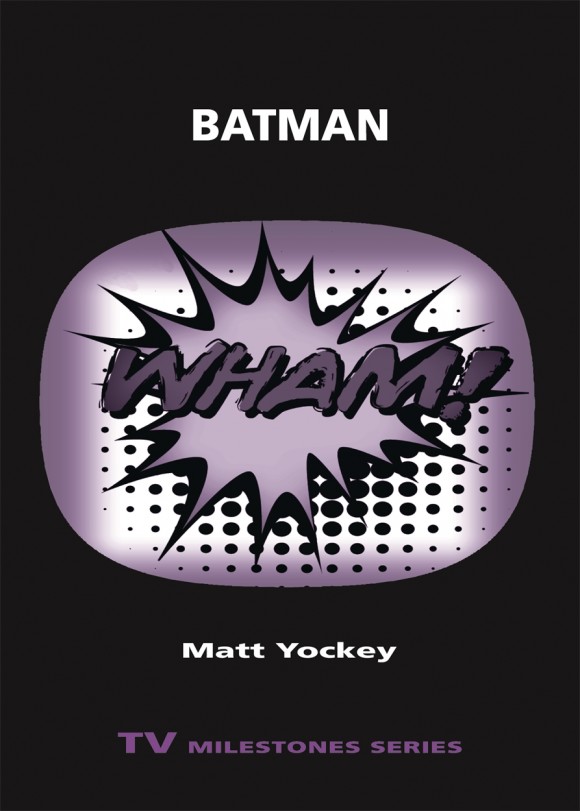 I’m so super-excited (err … bat-excited?) about finally being able to get these episodes on DVD! Secretly, I hope there will be a ton of features with the actors, a Batman comic-to-tv retrospective, and instructions on how to Batusi at home. Maybe it’ll all be packaged in a special Utility Belt that contains Bat Shark Repellent or a cape and cowl. But — those special features that I’ve made up in my head just now take a back seat to just having all of the episodes (and maybe the Batgirl mini pilot) all fully restored to play at home! 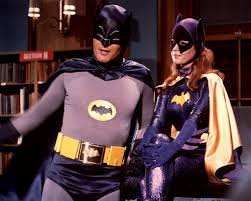 From the Batgirl pilot

The Dark Knight Ages are over. The New West is here.