The Catwoman writer will be at Asbury Park Comicon — which we’re sponsoring — on April 12-13. Every day until the show, we’re spotlighting someone or something special you should check out!

I’m a Jersey gal. My dad was a scientist, so the rumor is I came out of a test tube. I think I’m due for a re-boot.

A lot of fans may not know about your time editing High Times. Tell us about some of your experiences there.

I was brought in by one of the original founders of the magazine, Richard Stratton. His vision was to bring High Times back to its 1970s-’80s heyday, when the definition of a “high” time was more expansive and embraced the cultural outlaw.

So we brought in writers like Norman Mailer, Gary Webb, Luc Sante, and published interviews such as Jim Jarmusch interviewing Iggy Pop, and many others. I wrote a profile of John Gatto, a radical NYC teacher who felt we should abolish schools if they continued to factory farm learning. I’d met him when I was a student at Columbia University, and he let his students out of school if they found someone to mentor them. Two of his students found me and wanted to learn how to make comics, so I did a casual comic-book storytelling class on the lawns at Columbia.

You’ve worked in a variety of media. Which is your favorite? Why?

I might have to say comics. I love telling stories, and love journalism and documentary film for how you can give voice to others, but comics own my heart, in many ways. I love small, flawed, personal comics where someone takes the risk of exposing themselves to share a story. 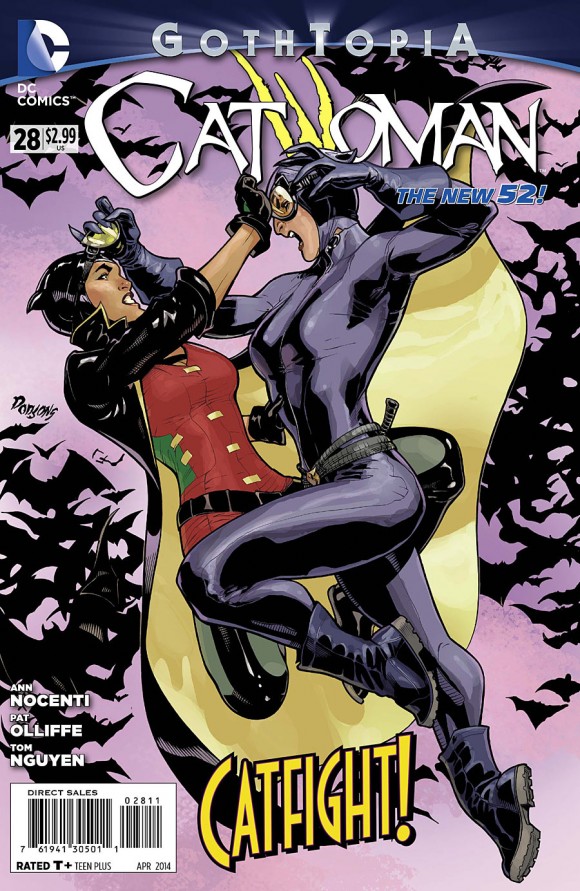 With such a varied career, what are you proudest of?

Perhaps Goudou Goudou, a series I wrote for HiLobrow about the documentary films my students made when I was teaching film in Haiti after the earthquake.

I recognize that it’s tough to address this topic in such a short format, but what’s your impression of how women are faring in the comics industry now? In your mind has there been substantive change over the last few years or has it been more lip service?

I was treated extremely well in at Marvel Comics. I don’t remember it being an issue at all. The editorial staff, the creators, we all hung in the bullpen together, went to lunch, Friday night movies, even took trips together.

Ralph Macchio, Mike Carlin, Mark Gruenwald, Bill Sienkiewicz, Bob Harris, Walt and Louise Simonson, Chris Claremont … we were all friends. I have no deep hindsight on the issue, but back then I didn’t meet many women who were interested in comics, so I wonder if that was part of the reason there weren’t many of us. 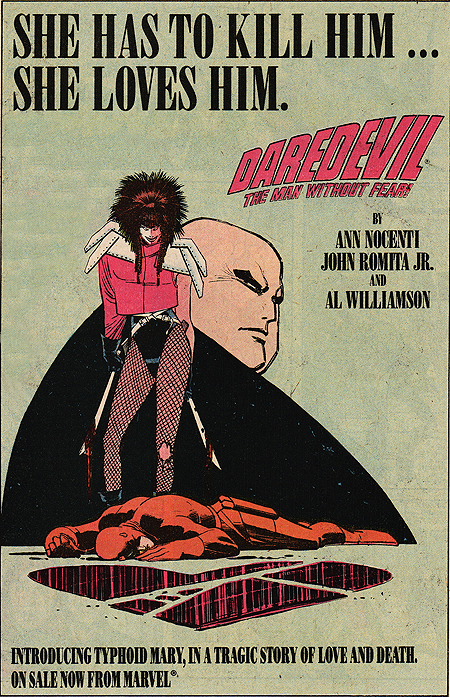 Completely in the other direction, here’s a dumb question: Who wins in a fight — Daredevil or Catwoman?

Good question. If you’d asked me that in the 1990s I’d say Daredevil. Now I’d have to root for Catwoman.

We didn’t have many comics around when I was a kid, but I have vivid memories of a volume of Dick Tracy stories. I adored the villains like Flattop and Pruneface, they gave me chills. And we had Pogo, which I loved without understanding the political references at the time. When I re-encountered Pogo as an adult, I was surprised to find Castro and Nixon in there.

I have some of the Marvel Fumetti photos, from a fumetti the Marvel Bullpen staff put together for fun. I have photos of my date with the Hulk. It does capture the spirit of working there in the 1980s, but sadly, a printer’s error (they shot the pages without taking the vellum off) made the entire comic blurry.

And I also have two wonderful pen & inks Arthur Adams made for me, of me as a “super editor.” Those I treasure. 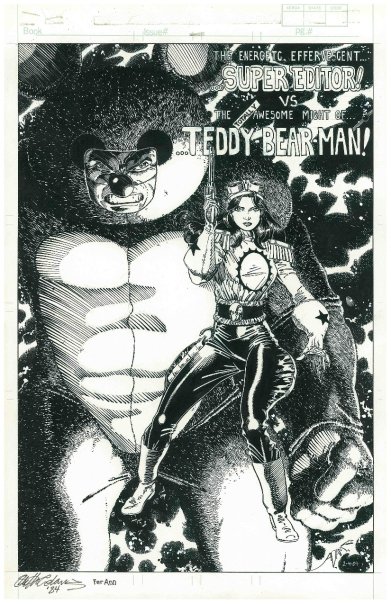