A Salute to CURT SWAN: The Definitive SUPERMAN Artist

UPDATED 2/17/20: The late Curt Swan was born 100 years ago! Perfect time to re-present this piece from 2018’s SUPERMAN WEEK. Oh, and do click here to check out 13 COVERS: A CURT SWAN Birthday Celebration. Dig it! — Dan

Across 80 years, there have been hundreds of writers and artists who have worked on the Man of Steel, from Siegel and Shuster at the beginning all the way to Brian Michael Bendis and the team of artists taking over now. But no creator has put their imprint on Superman quite like Curt Swan, so I’ve invited historian and noted Swan devotee Arlen Schumer to put together this look at the artist’s enduring legacy. — Dan 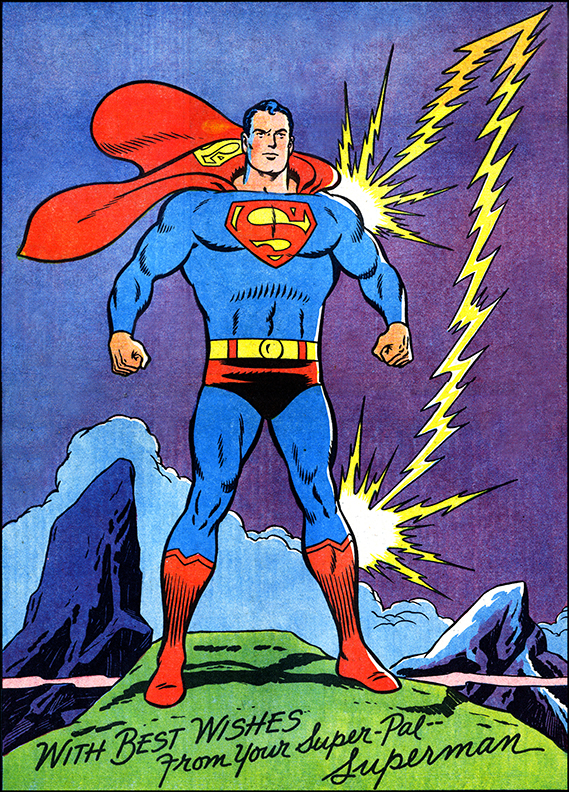 To the Baby Boom Generation that grew up on his work, Curt Swan (1920-1996) was, is, and forever will be the definitive Superman artist.

Over the course of his almost-four decade run on the character (1948-1986), Swan depicted many of the landmark events that became touchstones in the lives of the Superman family. His versions of familiar aspects of the character’s iconography, from the scenes of a doomed Krypton to sights of Superman soaring above the Metropolis skyline, became the new icons against which all succeeding Superman artists are judged. 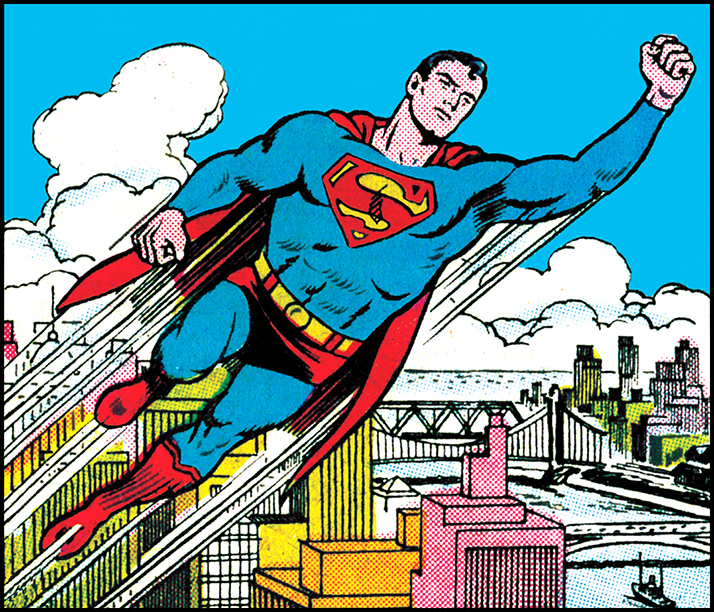 As the Superman character evolved from the Golden Age to the Silver Age, “Mort Weisinger (Superman editor 1945-70) felt we should get a little more humanistic qualities into him,” Swan recalled in a 1974 Cartoonist Profile interview. “We wanted people to relate to him better, make him a little more believable.”

That believeability came across in Swan’s characters’ faces — young or old, male or female, hero or villain, monster or alien — which he endowed with a spectrum of human emotions, from agony to anger, mournful to mirthful, that remains one of the hallmarks of his realistic style. 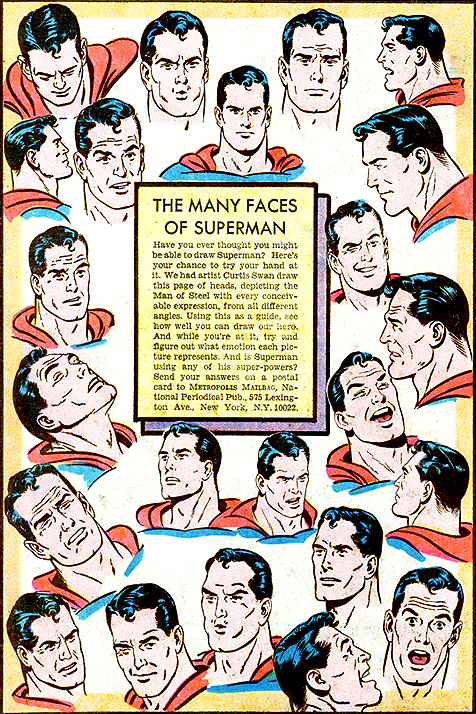 Regarding Superman specifically, Swan said, “I wanted to show strength, of course, and ruggedness, and character.” He depicted the nobility inherent in the Superman character, and by extension, in all of us, an entire generation who came of comic-book age with Swan as our first favorite Superman artist.

Swan’s style—seen in a staggering 19,000 comic pages and covers spanning a six-decade career—mirrored that of a swan itself, graceful and dignified, yet strong and resolute, permeated with an air of solemnity, even sadness. There was often a palpable melancholy surrounding his Superman, taken to a literal extreme in the classic stories that bookend his Superman career, The Death of Superman! (1961), and Swan’s last Superman story in ’86. 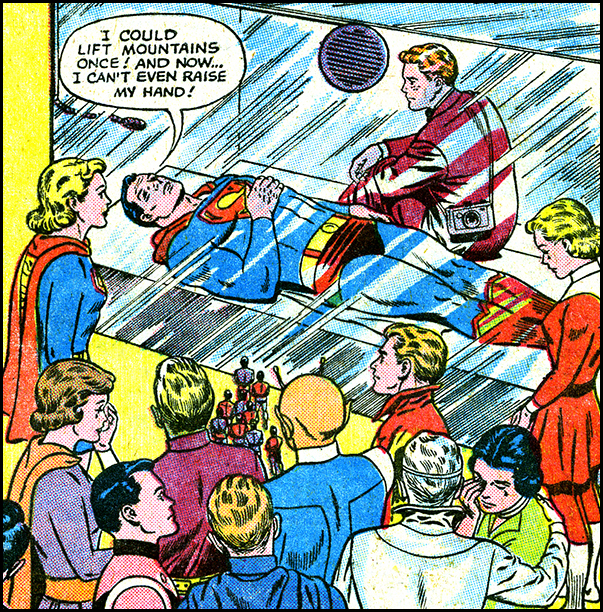 Though most think of Swan first and foremost as the definitive Superman artist, they often overlook the quantity and quality of his Superboy work — 17 years’ worth of stories and more than 200 covers for both Superboy and Adventure Comics — that make him the definitive artist of that character, too.

Nowhere was the unmistakably Rockwellian appeal of Swan’s art more evident than in his Superboy run: Pastoral scenes of the Boy of Steel with his dog Krypto, his girlfriend Lana Lang, and his Earth parents, Ma and Pa Kent, were set in such a resonant bit of made-up Americana like Smallville, Kansas, they were like miniature Saturday Evening Post covers. 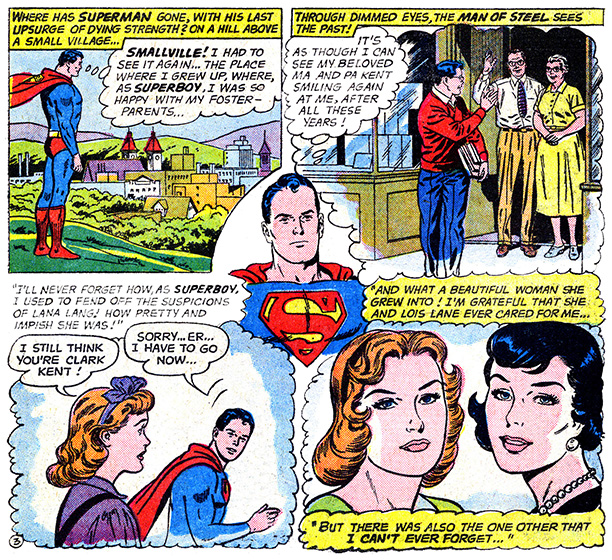 But it’s in his actual comic-book covers that you can see Swan’s grace most of all — figures frozen in tableaux, allegorical in their symbolism. His statuaries seductively draw you into the scene with their still-life beauty, as in a hushed art museum. Or a funeral parlor—because of all the recurring imagery in Swan’s Super-oeuvre, it is, finally, the many melancholy memorials, monuments and mausoleums on his covers and in his stories that are the most revealing of Swan’s nature. 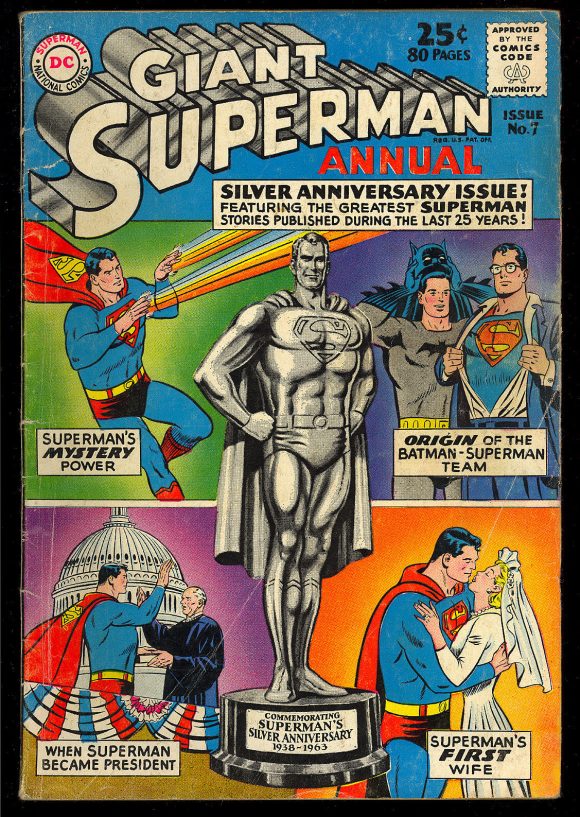 Swan’s best work divides roughly into that inked by George Klein in the ’60s, and that by Murphy Anderson in the ’70s, and in a debate similar to the endless Joe Sinnott-Mike Royer tug of war over the title of Kirby’s Greatest Inker, Superman/Swan aficionados are split equally between the two: Klein, Swan’s regular collaborator from 1962 to ’68, mastered the thick-thin brushstroke school of inking that made him the Sinnott to Swan’s Kirby, an apt comparison in both quality and quantity of pages and covers inked; Anderson, a Silver Age star artist himself, lent his strong feathered brushstrokes and detailed rendering to Swan’s pencils, giving them a graphic gravitas they never had before, thus coining the memorable hybrid brand name, “Swanderson.” 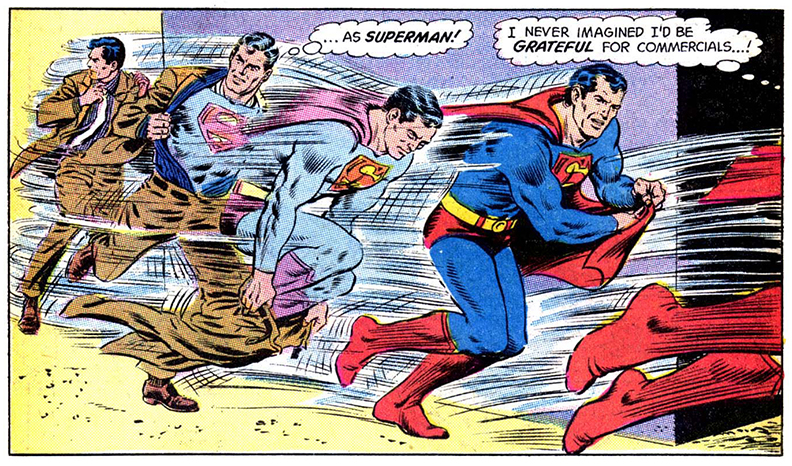 How fitting is it, then, that Swanderson’s greatest cover is also Swan’s own swan song on the character he had been drawing for more than 30 years? After Alan Moore’s two-part Whatever Happened to the Man of Tomorrow? in Superman and Action, Swan was removed from his steady Superman art duties and replaced with writer/artist and fan favorite John Byrne, who was brought in to “modernize” the Man of Steel. 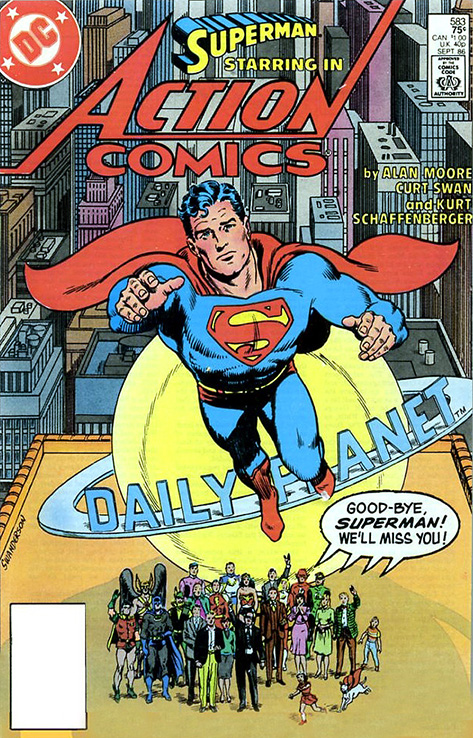 It was the end of the Curt Swan Superman Era.

Some say Superman’s never looked the same—or as great—since. 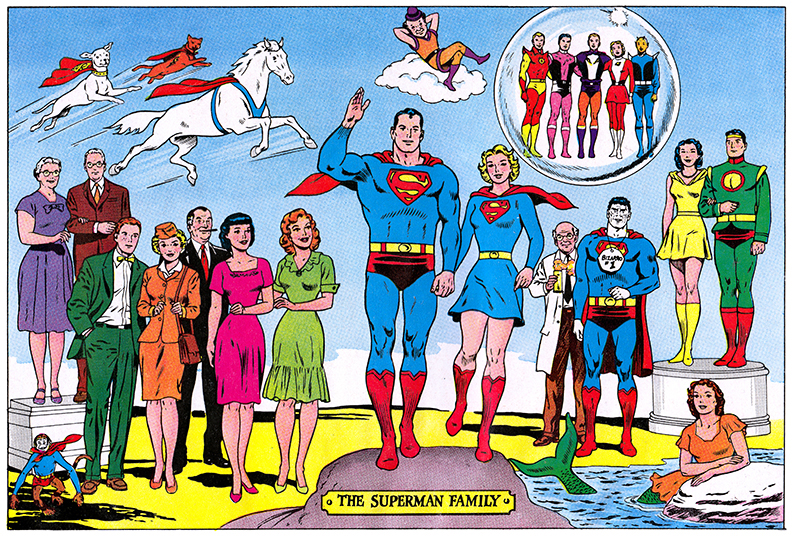 On a personal note, I’m proud to say that not only did I get to meet Swan at the Connecticut chapter of the National Cartoonists Society and tell him that he was my first favorite comic-book artist, but I was also able to deliver a slide-show eulogy at a memorial gathering of the same organization after he passed away.

Arlen Schumer is a comics lecturer and author of The Silver Age of Comic Cook Art. Click here for more information.