A BIRTHDAY TRIBUTE to KIRK ALYN: The First Live-Action SUPERMAN — and Much More

Home » MOVIES & TV » A BIRTHDAY TRIBUTE to KIRK ALYN: The First Live-Action SUPERMAN — and Much More 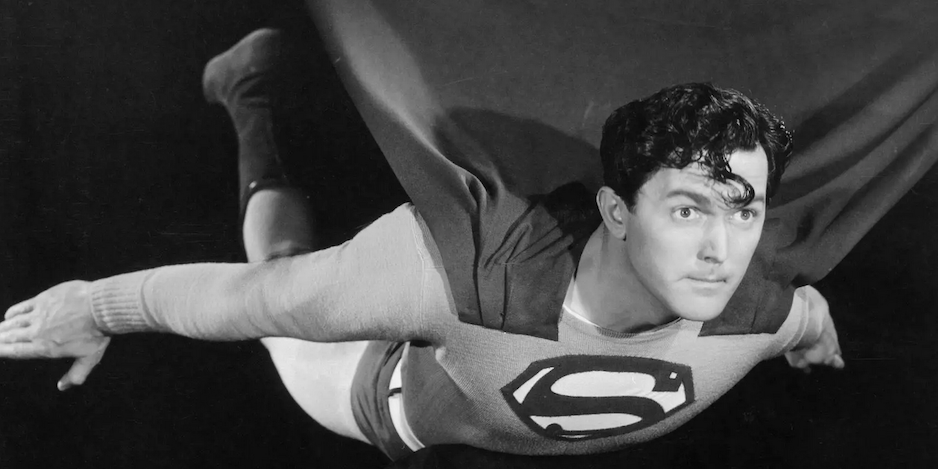 Kirk Alyn (real name: John Feggo) was born 112 years ago on Oct. 8, 1910 (he died at age 88 in 1999). Superman, of course, was his most famous movie serial portrayal – twice without actual billing as Superman and Clark Kent! – but he appeared in others before and after. Here are thoughts on all of them (in chronological order):

Daughter of Don Q (Republic, 1946). Alyn looked like he was having fun in his first chapterplay.  He played a newspaper reporter tracking down the bad guy intent on eliminating a socialite (Adrian Booth) and her relatives in order to gain sole control of the land rights to half of the city. 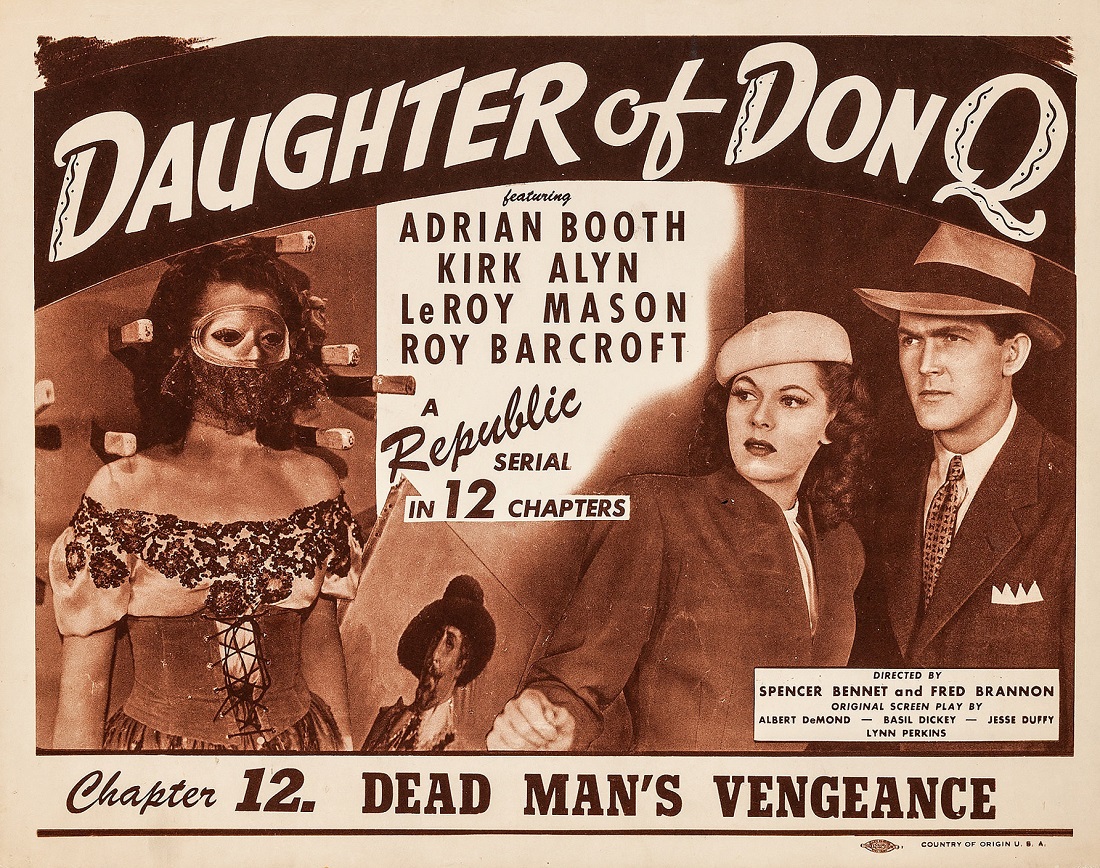 Superman (Columbia, 1948). On the movie posters for the serial, the studio listed Superman at the top of the cast billing, as if the Man of Steel played himself. Alyn’s name was underneath that in smaller print, alongside several other cast members, but at least that was better than the total elimination of his name in the screen credits. Carol Forman, as the Spider Lady, was never more sexy or wonderfully sinister than she was here, wearing an evening gown and blonde wig. 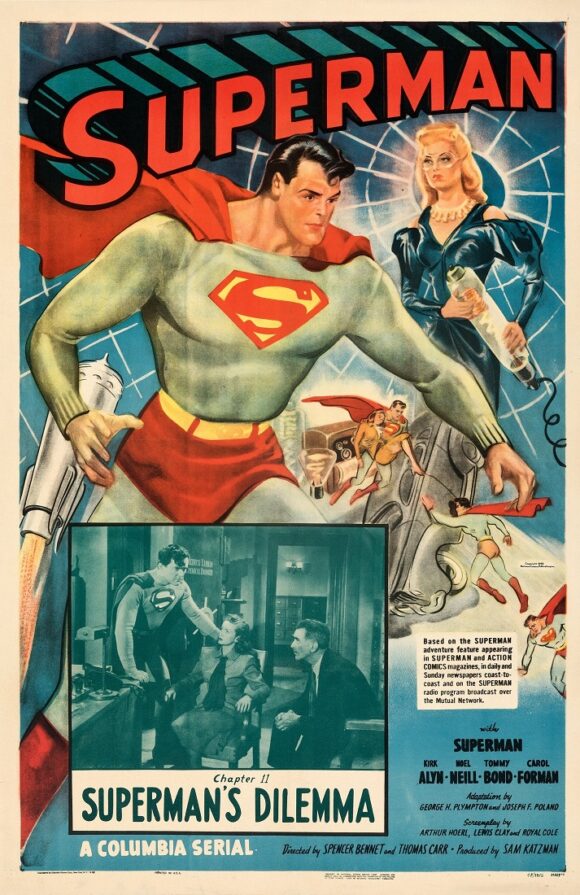 Federal Agents vs. Underworld, Inc. (Republic, 1949). This time, Alyn starred as federal agent David Worth, looking into the kidnapping of an archaeologist who recently returned from a dig of an ancient temple with one of a statue’s two golden hands. Together, the hands were supposed to bring great power and wealth to their owner. Alyn was once again faced by a villainous Carol Forman. 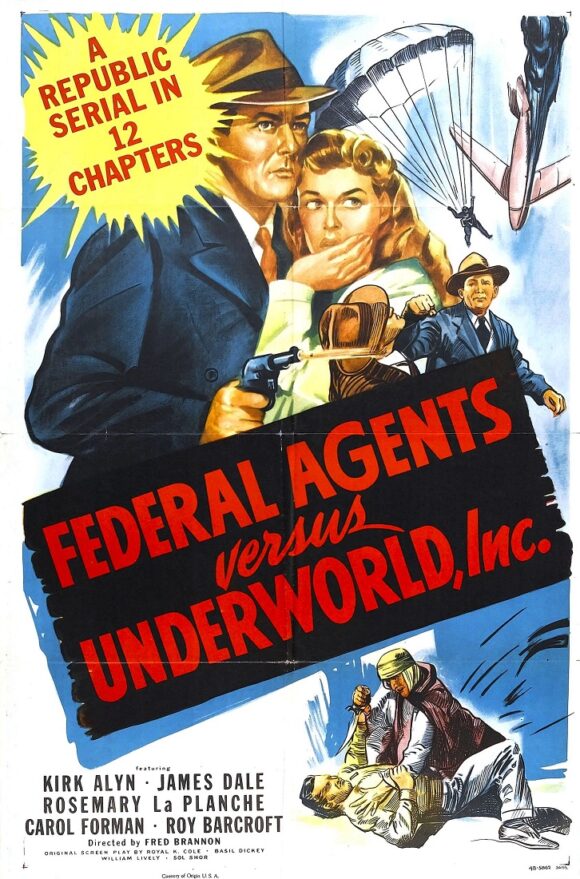 Radar Patrol vs. Spy King (Republic, 1949). Alyn played a former OSS agent assigned to a radar scientist (Jean Dean) in order to stop a master spy from sabotaging an experimental security system for the country. Though it was one of Republic’s later efforts, Radar Patrol vs. Spy King is still great to see because of the special effects from brothers Howard and Theodore Lydecker. 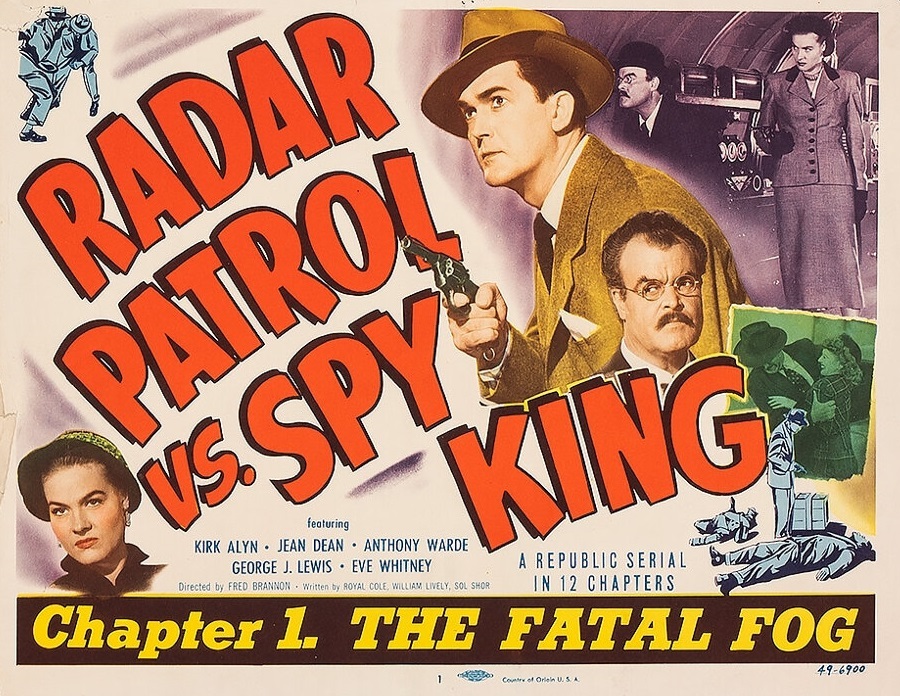 Atom Man vs. Superman (Columbia, 1950). I can’t possibly improve on Rob Kelly’s 13th Dimension coverage of this serial, so be sure you go here to read it. 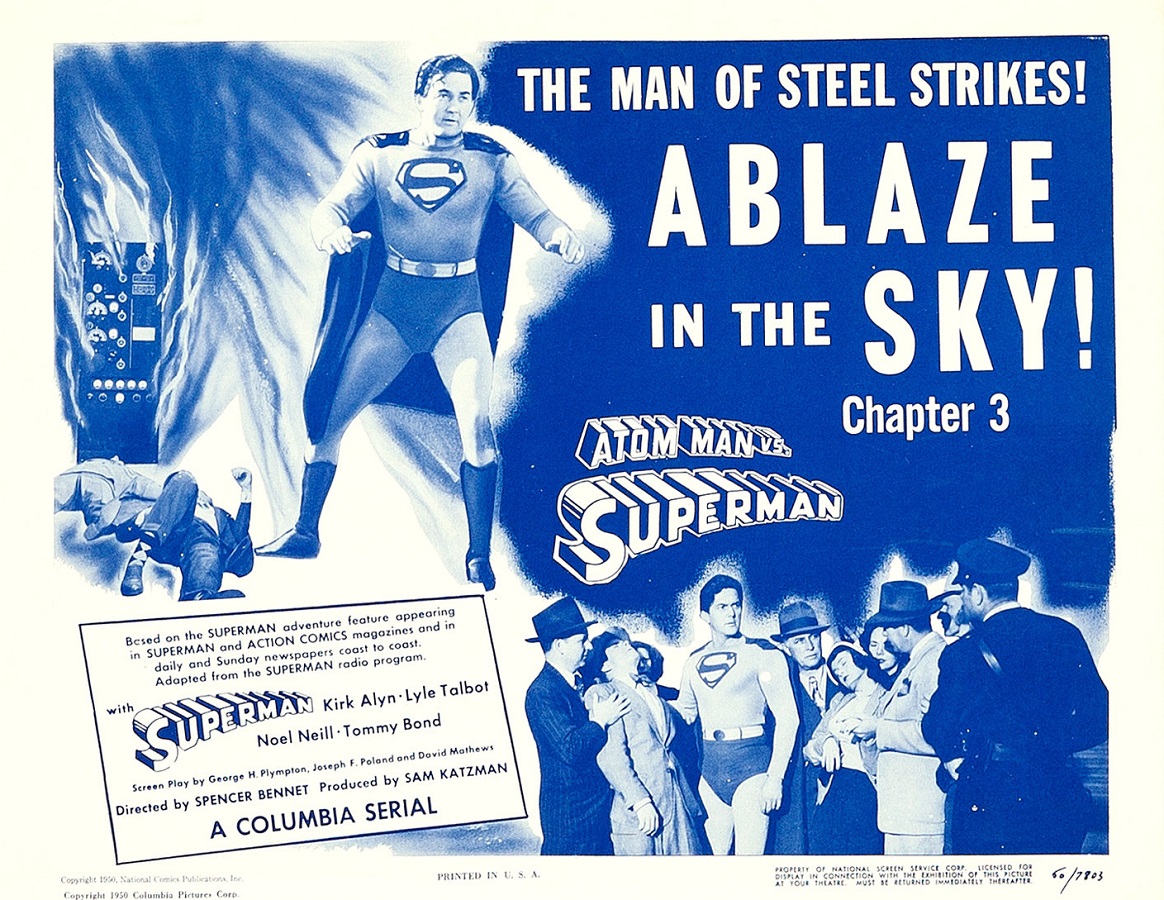 Blackhawk (Columbia, 1952). Alyn looked great in the Blackhawk uniform for his final movie serial; however, it was the only thing done right from the comic book series.  The comic-book Blackhawk team was a band of pilots from various nations; unfortunately, the serial only carried over their names (Olaf, André, Stanislaus, etc.) but none of their distinctive nationalities (Swedish, French, Polish, etc.). A Columbia cheapie from producer Sam Katzman, the budget was so small that one set was used over and over for all criminal hideouts. (At one point, a kidnapped scientist was blindfolded and taken from one hideout to another. When the blindfold was removed, he looked around and said that they just brought him back to the first place. The henchman said, “Maybe so, maybe no.”) Carol Forman returned again, this time as a spy. Like Alyn, it would also be her last serial. (Side note: The earliest part of the serial story, with an enemy double for Stan, was from the pages of Blackhawk #31 — June 1950, Quality.) 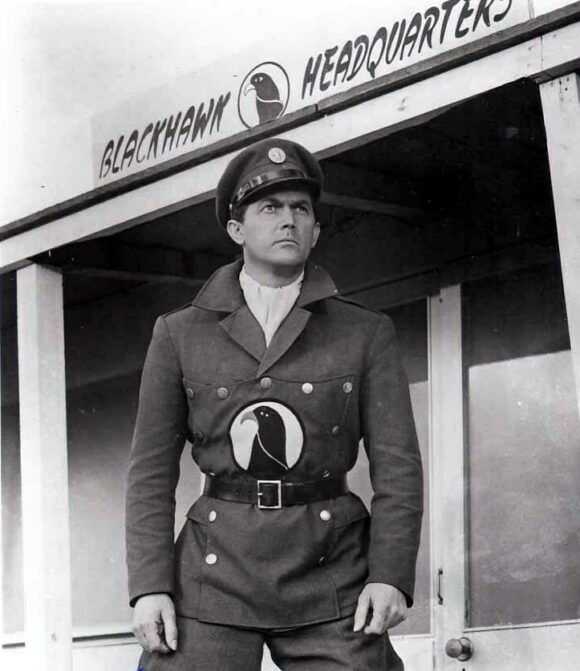 — CLIFFHANGER! Get Ready for the Ultimate Guide to the Classic Superhero Serials. Click here.