CLIFFHANGER! Get Ready for the Ultimate Guide to the Classic Superhero Serials

Home » COMICS HISTORY » CLIFFHANGER! Get Ready for the Ultimate Guide to the Classic Superhero Serials

I’m a fairly recent convert to the serials, a new fan of multi-part potboilers like Atom Man vs. Superman, Batman and Robin and Adventures of Captain Marvel. So I was jazzed when I learned that TwoMorrows would be publishing an authoritative guide to the early superhero screen adventures, by historian Christopher Irving.

Just check out this official description: 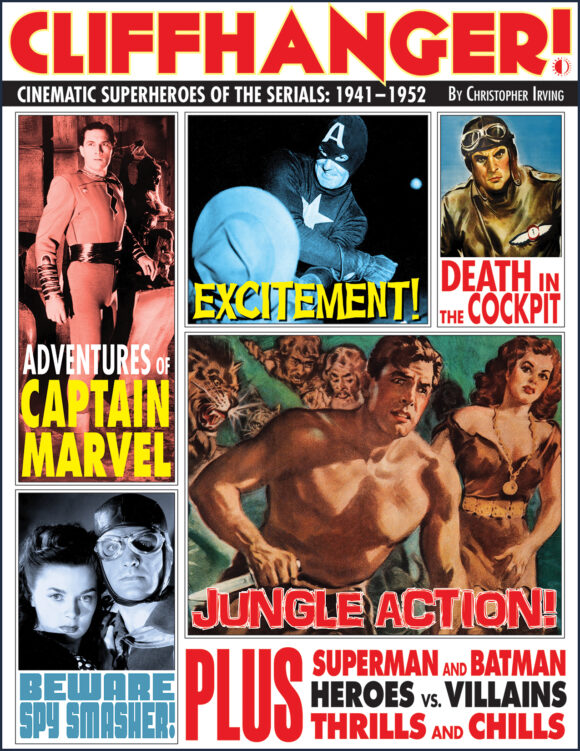 CLIFFHANGER! CINEMATIC SUPERHEROES OF THE SERIALS: 1941–1952 by CHRISTOPHER IRVING

Hold on tight as historian CHRISTOPHER IRVING explores the origins of the first on-screen superheroes and the comic creators and filmmakers who brought them to life. CLIFFHANGER! touches on the early days of the film serial, to its explosion as a juvenile medium of the 1930s and ‘40s. See how the creation of characters like SUPERMAN, CAPTAIN AMERICA, SPY SMASHER, and CAPTAIN MARVEL dovetailed with the early film adaptations. Along the way, you’ll meet the stuntmen, directors (SPENCER BENNETT, WILLIAM WITNEY, producer SAM KATZMAN), comic book creators (SIEGEL & SHUSTER, SIMON & KIRBY, BOB KANE, C.C. BECK, FRANK FRAZETTA, WILL EISNER), and actors (BUSTER CRABBE, GEORGE REEVES, LORNA GRAY, KANE RICHMOND, KIRK ALYN, DAVE O’BRIEN) who brought them to the silver screen—and how that resonates with today’s cinematic superhero universe. SHIPS SUMMER 2023! 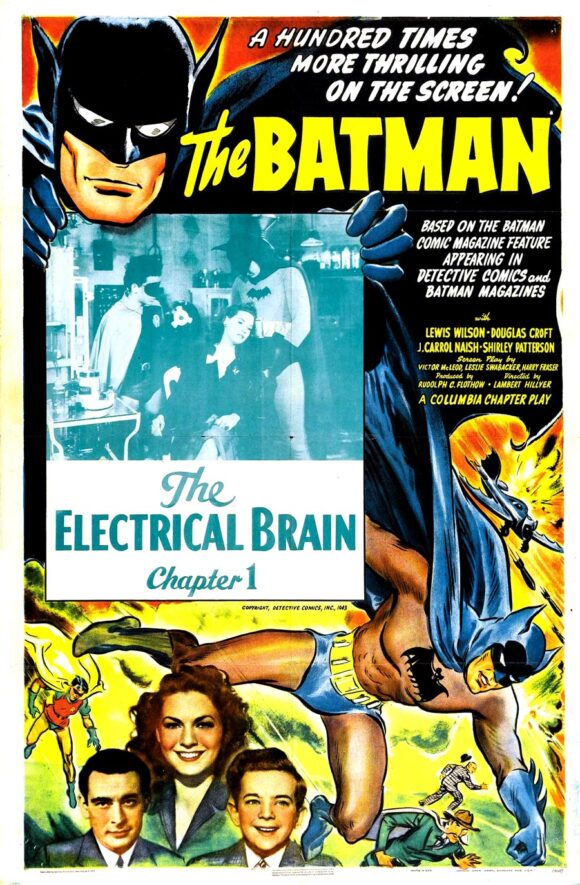 — The book will be available at comics shops and booksellers but you can already pre-order through TwoMorrows. Click here.

— All things considered, Adventures of Captain Marvel is probably the best serial I’ve seen to date. The rudimentary special effects work surprisingly well and it’s got more two-fisted action than you’d expect. (Seeing Cap mow down his adversaries with a machine gun is both startling and darkly funny.)

— Kirk Alyn doesn’t get enough credit as the first live-action Man of Steel, having been eclipsed by George Reeves and the TV show Adventures of Superman. But those serials are a gas.