With the inking prowess of John Beatty, as well as other top contributors… 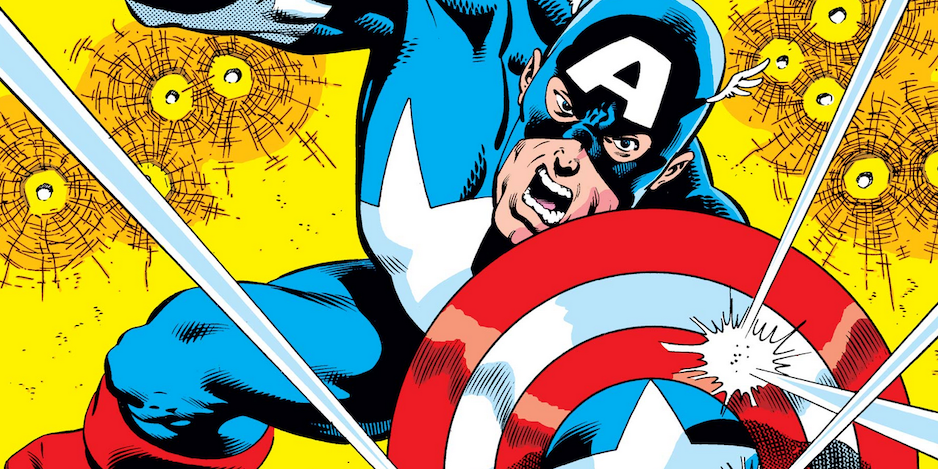 The beauty of Captain America is that there are so many classic storylines to hunt down. And one of them, of course, is J.M. DeMatteis, Mike Zeck and John Beatty’s early ’80s arc — a healthy portion of which will be collected in Captain America Epic Collection: Monsters and Men this fall. 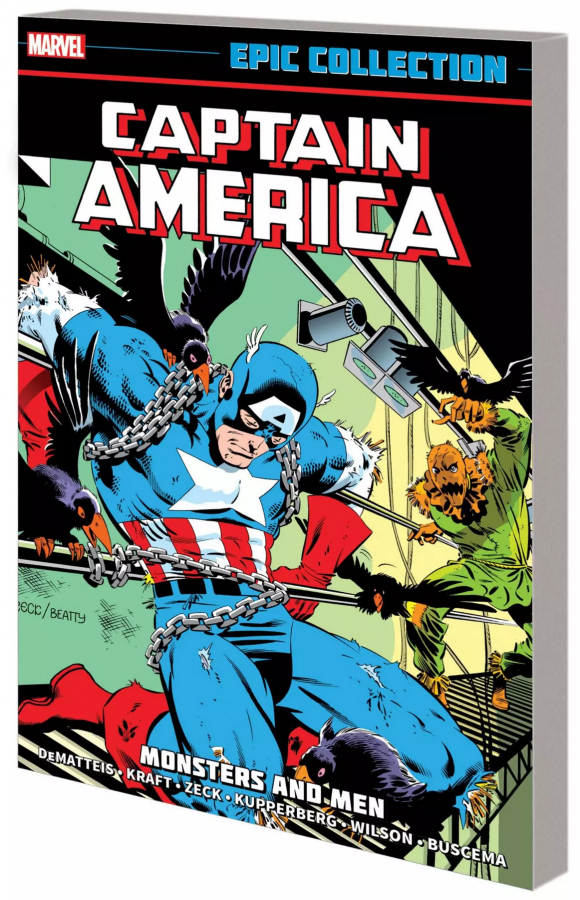 CAPTAIN AMERICA EPIC COLLECTION TP MONSTERS AND MEN
MARVEL COMICS
(W) J.M. Dematteis, More (A) Mike Zeck, More (CA) Mike Zeck
The son of Zemo! Baron Helmut Zemo has taken up his father’s villainous mantle – and targeted Captain America in a complex plan of revenge! As Cap battles the existential threat of Everyman, Steve Rogers’ childhood friend Arnie Roth resurfaces – but he’s in deadly danger! Vermin strikes and Zemo’s trap is sprung, but can Cap save Arnie from Zemo’s clutches? Meanwhile, when Hydra crashes a reunion of the Howling Commandos, the aging heroes go to war once again! Cap’s girlfriend, Bernie Rosenthal, makes a startling realization! The Falcon struggles to reconcile his past and future! And the 1950s Bucky must rescue a brainwashed Cap from Viper’s fangs! Plus: Four Captain Americas are united across time – but can even their combined power keep death at bay? Collecting CAPTAIN AMERICA (1968) #267-285 and ANNUAL #6 and DEFENDERS (1972) #106.
Rated T $39.99

— Other creators in the volume include David Anthony Kraft, Alan Kupperberg, Sal Buscema and Ron Wilson.