WARD and NEWMAR Look Ahead to ‘Spectacular’ BATMAN ’66 Exhibit

The Batman ’66 exhibit that debuts with a VIP gala at the Hollywood Museum on Jan. 10 feels like the culmination of something.

Just a few years ago, the merchandise deal between Warner Bros. and Fox was struck, paving the way for a 21st century wave of Batmania. It’s been a remarkably buoyant time for fans of the show, highlighted by the long-awaited home-video release.

But we’ve also had periods of palpable sadness and loss, with the deaths of Adam West and Yvonne Craig less than two years apart. 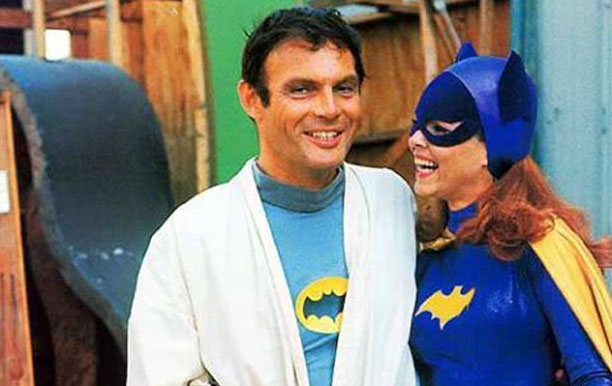 So, now, this exhibit, which opens to the public Jan. 12 — the 52nd anniversary of the show’s debut — acts as a coda to something we’ve loved for years and an exclamation point on Batman’s enduring appeal, which will continue for decades to come.

“I think it’s going to be really terrific,” Burt Ward said in an interview with John S. Drew and me on The Batcave Podcast. (Click here to listen.)

Julie Newmar, in her typically playful way, said to me later that the exhibit will be “purr-iceless!” 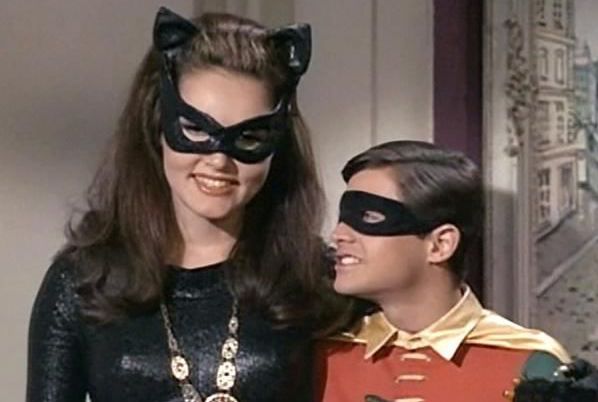 As I’ve reported already, the exhibit will feature props and memorabilia from the show broken down into four areas: Wayne Manor, the Batcave, the vile villains and rare collectibles. It’s being curated by first-rate Batfan Wally Wingert. (Click here for more info.)

“It really is going to be a spectacular exhibit,” Ward said in our interview. “I mean, they’ve got so much stuff and they’re creating entire areas of the whole Batman ‘city,’ so to speak. … I do know they have from all over the country gotten people who have built up these collections over many, many years. And they’ve got all of this stuff on loan to the museum.” 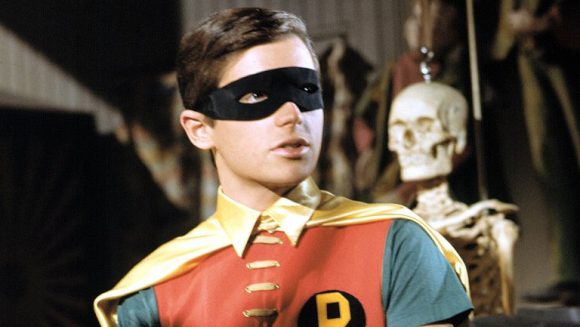 The VIP gala will be headlined by Ward, Newmar and Lee Meriwether and will feature other guests who were on the show.

In addition, on Jan. 9, Ward will be feted at Pink’s, the legendary Los Angeles hot-dog joint — something that seemed to tickle him to no end.

“It’s an honor to have a super-wiener named after you,” Ward joked.

He noted that the dog will feature mustard, relish, kraut and onions — and promised to autograph his initials in mustard for any fan who buys the Burt Ward hot dog at the 1 p.m. event on Jan. 9.

Anyway, I really urge you to listen to the whole episode of The Batcave Podcast. (Click here or here or listen on iTunes). Ward was charming and really funny and had lots to say about Adam West, the exhibit and his Gentle Giants dog-food brand. 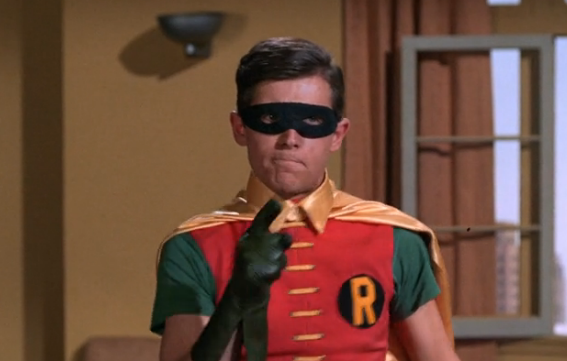 Ward was on Batman for three seasons and the show ended nearly 50 years ago. I asked him whether it had ever crossed his mind that it’d make for a museum exhibit.

His answer was very much in keeping with the lively, humorous tone of the interview:

“I never thought of myself as a prehistoric, ancient, y’know, artifact,” Ward laughed. “I’m not sure I wanna go there. But it was such a huge hit, it’s always been such a hit.”

I asked Newmar the same question and she let out a delightful laugh herself.

“Oh, my gosh, just thinking about a museum exhibit is probably apropos of the 50 years,” she said. “Sure, why not?” 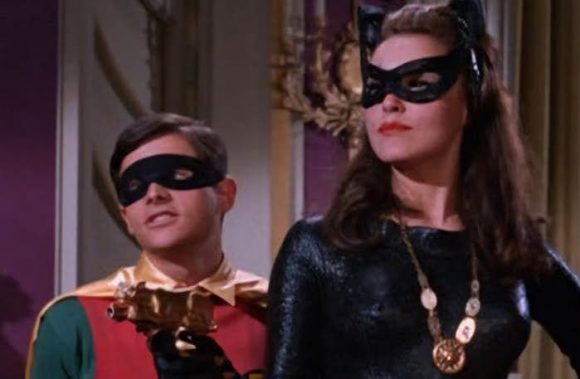