Holy Double Play! A second shot of BATMAN ’66 news today! And this one’s a Batdoozy! (See what I did there?)

Toy Fair is a wrap today but don’t fret, we have tons more to bring you this week coming out of the show. Anyway, I had to follow up with Captain Action‘s man of action Ed Catto about our story yesterday on the Adam West figure that might have been — because the response was really intense.

So I contacted Ed and told him: “The response to the idea of an Adam West Captain Action figure was swift and immediately positive. Even Burt Ward’s daughter, Lisa, was impressed when she saw it on Facebook. What are the chances of this happening after all?”

And what he said will blow your hair back … 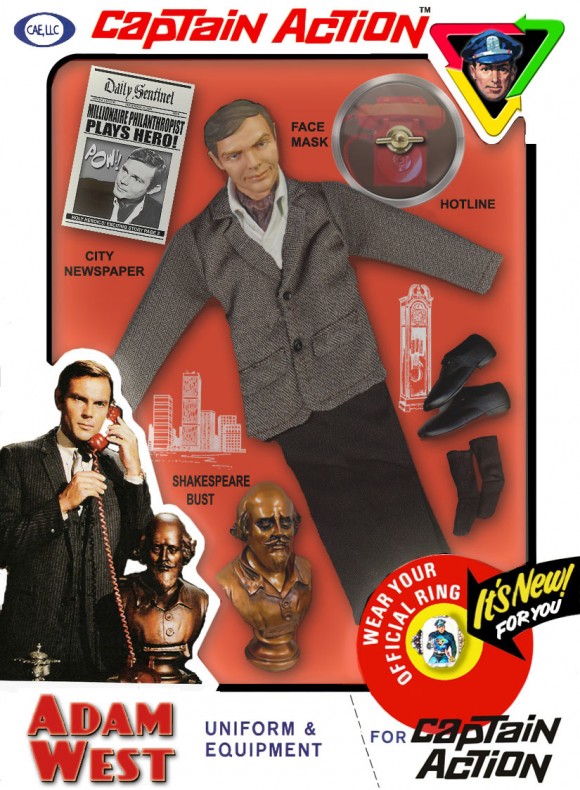 “We’re thrilled and impressed by the response to this story. But then, we probably shouldn’t be: We always knew that fans like us would really spark to this idea.

“One thing we’ve learned in developing toys and merchandise for Captain Action is to be flexible, and to work quickly to give fans what they want. We’re already trying to explore a few new ideas along these venues.

“This idea sparks something special and could really create an exciting costume set that would complement everything else we’re doing.”