EXCLUSIVE! The Captain Action ADAM WEST Figure That Might’ve Been

Holy crazy ideas, old chum! Yesterday, as part of our Toy Fair 2014 coverage, we brought you behind the scenes with the forthcoming Captain Action Batman figure. Now here’s something extra special from the maven behind the Captain Action renaissance …

Here’s one more proposed concept that we wanted to share with you. This one definitely goes in the “now it can be told” category. Early on, before we had signed on with either Marvel or DC/Warner Bros, we were thinking of clever ways to create products based on individual licenses.

We thought of one idea that could’ve been a lot of fun. We asked ourselves: What if we created a Captain Action set for an Adam West costume? The idea was that we’d negotiate directly with him to use his likeness.

Perhaps, we thought, we could dress him in a sports coat and slacks, assuming he would’ve worn that often in the ’60s when he was hanging around his Hollywood bungalow or something.

And as you’ll see, we’d also assume that as a literate guy, he’d surely have a bust of Shakespeare.

And we weren’t sure if he had a sweet tooth, but we thought it would be nice to give him a glass cake cover just in case.

And he’d need a phone to talk with his agent, so we’d include one too. And we’d make it red just because that’s a nice color. 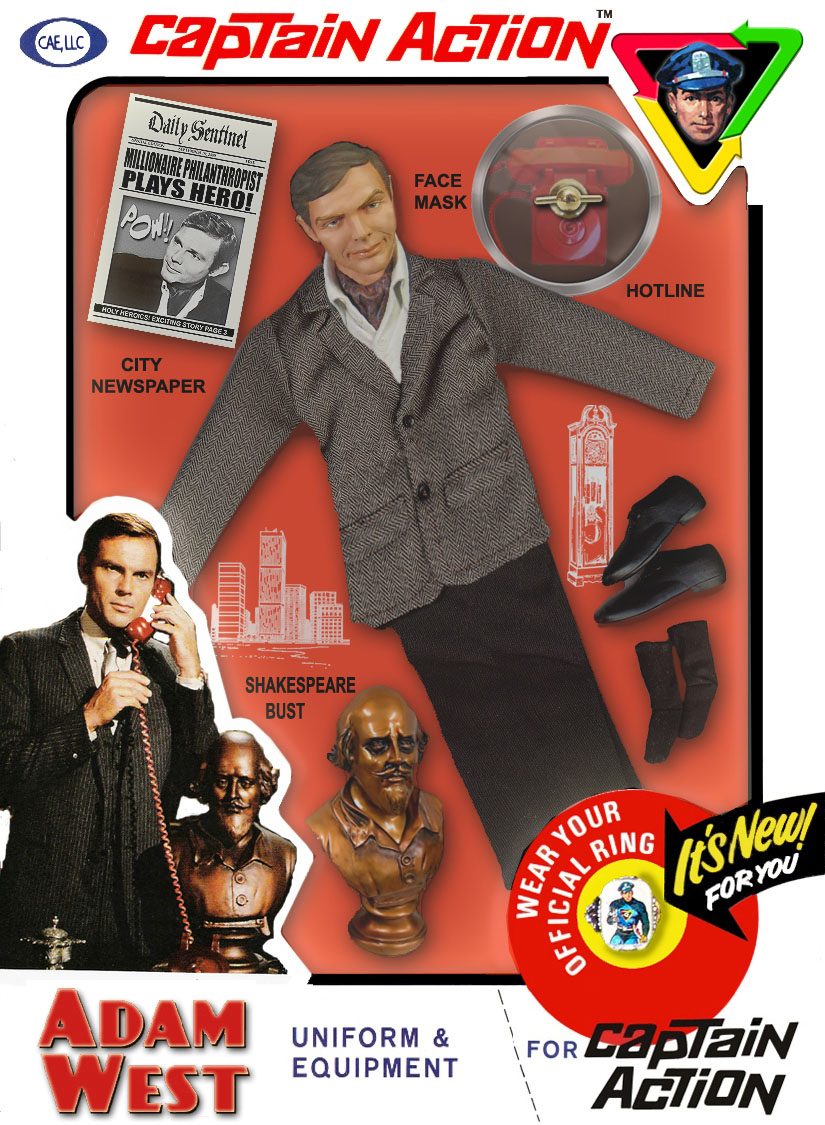 Yes, we would have been very heavy on the “wink-wink” factor.

We had some discussions with Adam and his agent, and one particular breakfast meeting was just legendary.  Adam was charming and kind and so much fun. The whole experience was surreal, in many ways.

In the end, we never pulled together this particular idea and instead went the more traditional route with more traditional licenses, but sometimes we still look at this file and think … that could ‘a been a lot of fun!

Note from Editor Dan: I still want this Ed — and I bet everyone reading this wants it too! LEAVE A NOTE BELOW, WEST FANS!

Our buddy Ed Catto is the major domo at Captain Action Enterprises.