Remember how many all-time classic covers there were last month?

Well, this time around the pickings aren’t quite as fat. But hey! It’s still 13 COVERS from the Bronze Age, so these are inherently awesome anyway!

13. The Sundance Kid #2, Skywald. Look, we know Skywald did things on the cheap — but a Sundance Kid comic two years after Butch Cassidy and the Sundance Kid came out? That’s desperate. Ayers and Tartaglione are still pros all the way, though. 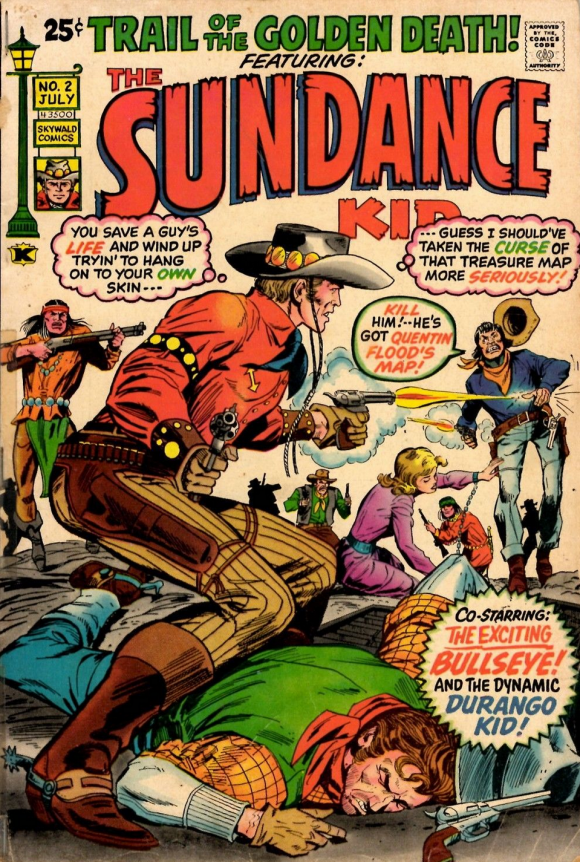 12. Butch Cassidy #2, Skywald. Wait, no, there were actually two comics — one for each of them! And then they go and rip off one of the movie’s most famous scenes. BUT WHO IS LANCE?! 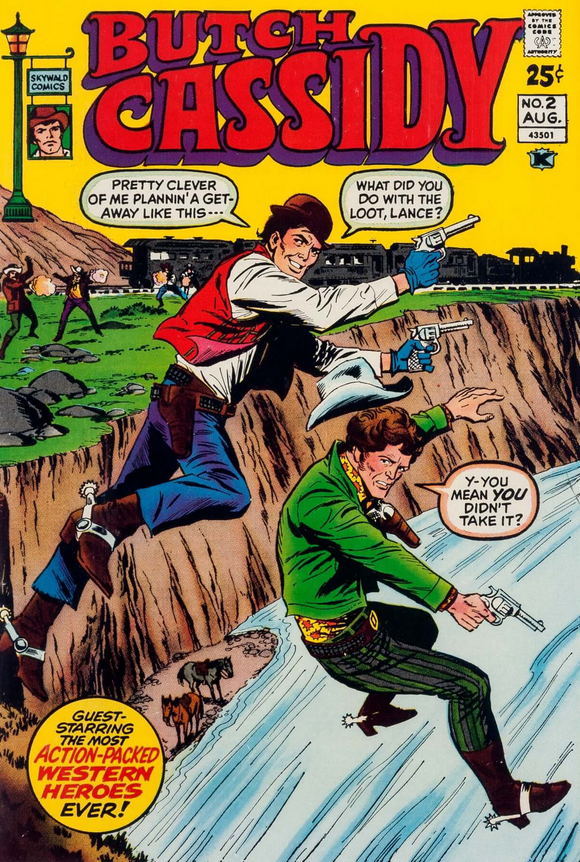 11. Lancelot Link, Secret Chimp #2, Gold Key. As I’ve said before, I am a sucker for simians who wear clothes and talk. 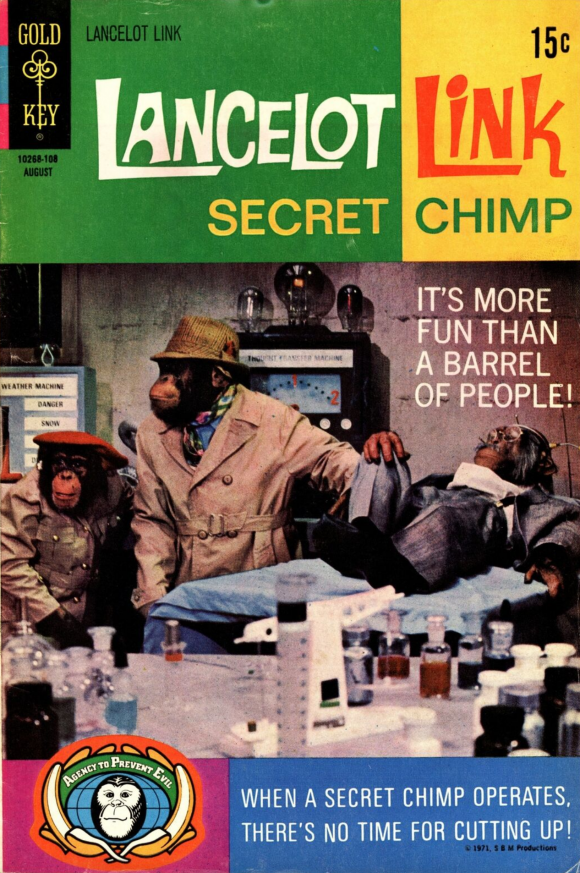 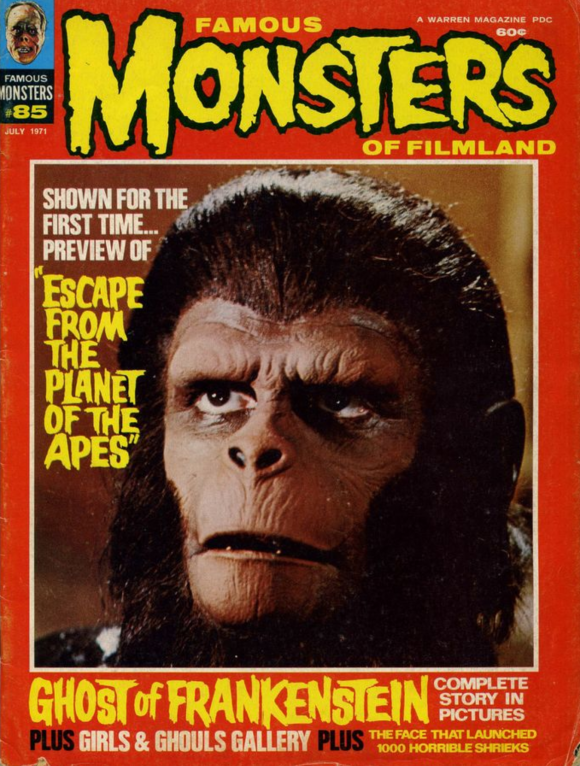 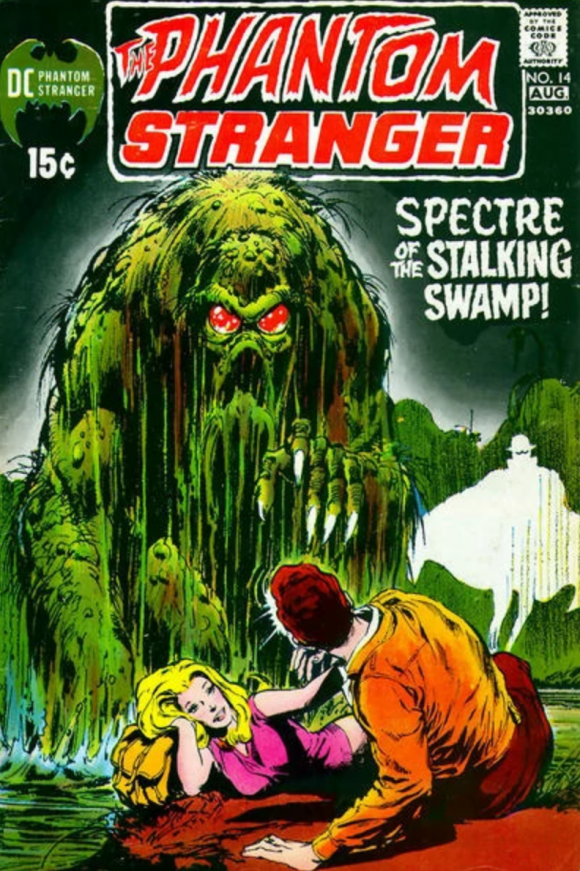 8. I Love You #92, Charlton. There are a bajillion romance covers out there that are basically variations on the same theme. But Charlton often gave us some funky, offbeat ones like this Art Cappello job. That golden overlay is what makes it. 7. The Incredible Hulk #142, Marvel. Boy, Valkyrie really makes the Hulk look puny, doesn’t she? Plus, dig the timely women’s lib reference — as well as the black comedy of “They Shoot Hulks Don’t They?” But really what I like best here is all the exploding and the guest appearance by the World’s Coolest Skyscraper, the Chrysler Building. 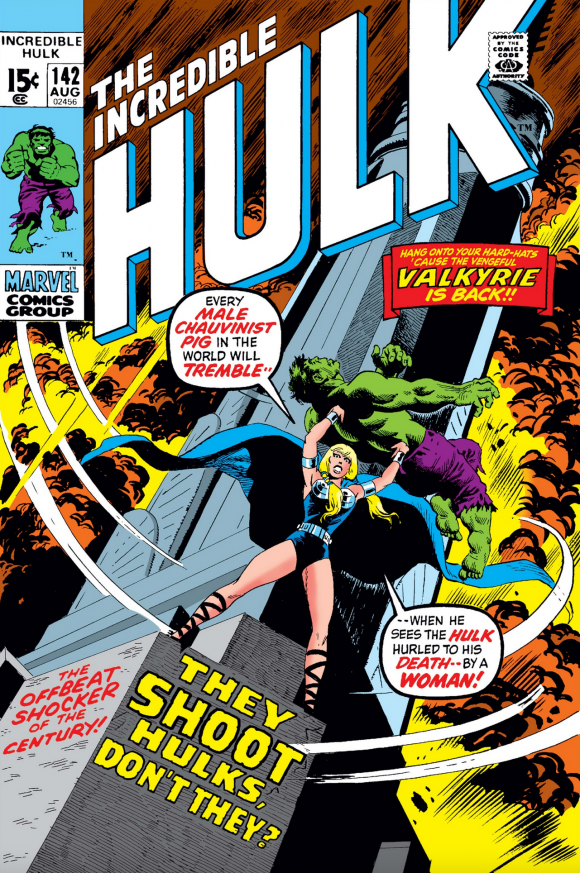 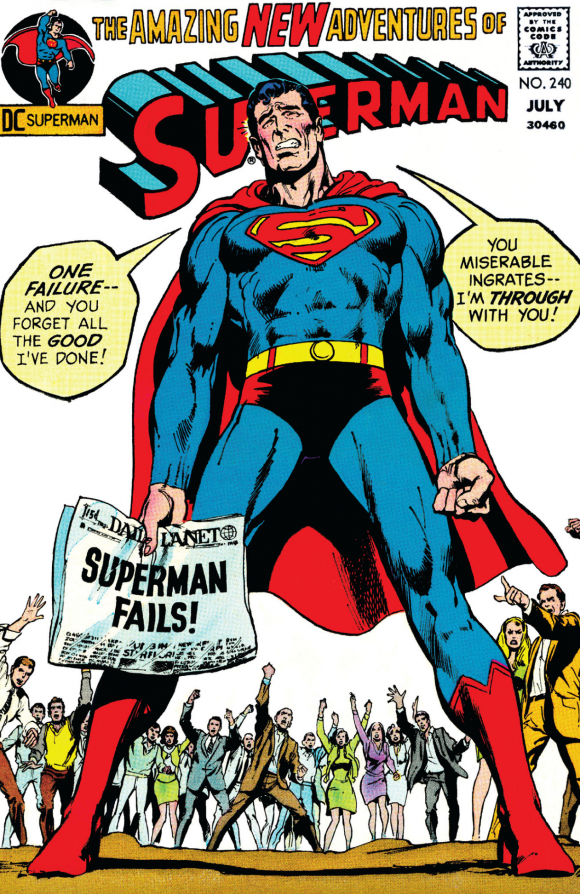 5. Thor #190. That’s a classic Buscema cover there. Looks like Odin is having a Helava time dealing with Thor’s demise. (Ouch. Sorry.) 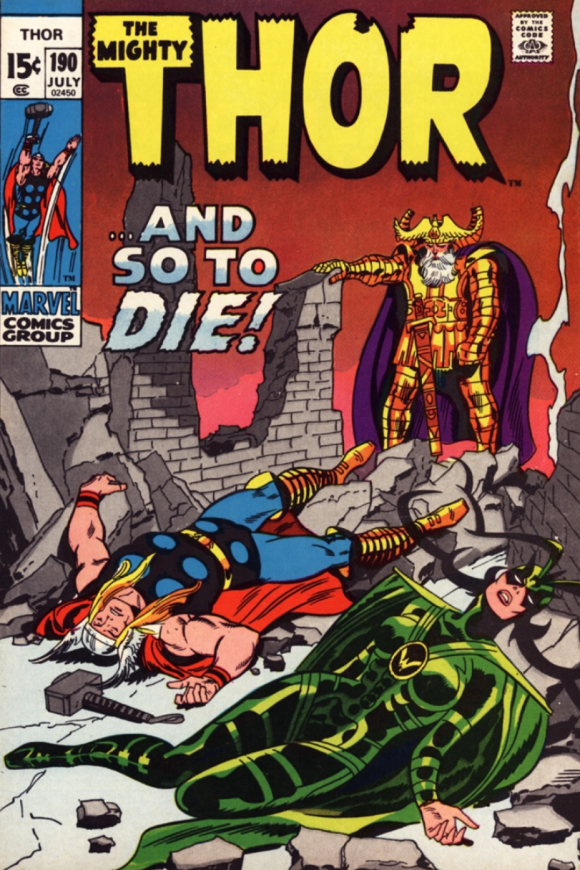 4. Tomahawk #135, DC. Joe Kubert was the most humanistic artist of his time, able to elicit incredible tension and drama from man’s battles with beast and fellow man. But cripes, he could also straight up scare the pants off you. If I saw those spirits, I’d freak out just like Hawk — gold be damned. 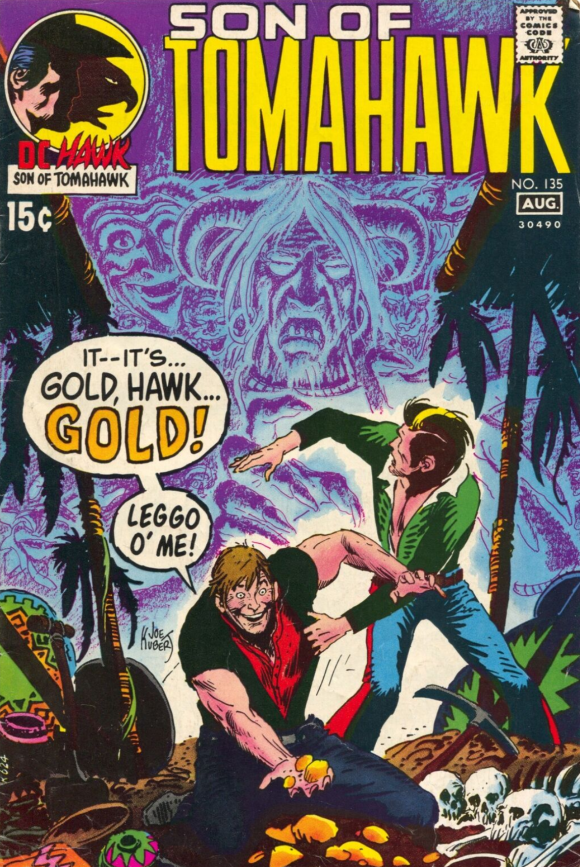 3. Creepy #40, Warren. A very basic, yet mesmerizing, composition by Vaughn Bode and Larry Todd. And the deep red, orange and gold make for a great contrast to all the black. The concept isn’t new but the execution is superb. (No pun intended.) 2. Fantastic Four #113, Marvel. This actually might be the best cover on the list from a strictly artistic, comic-book standpoint. A great-looking new villain stands front and center and the vignettes certainly seem to back the THIS ONE HAS IT ALL! boast. In lesser hands, this would be a crowded mess. In the hands of a master like John Buscema (inked by John Verpoorten), it’s power-packed and exciting. 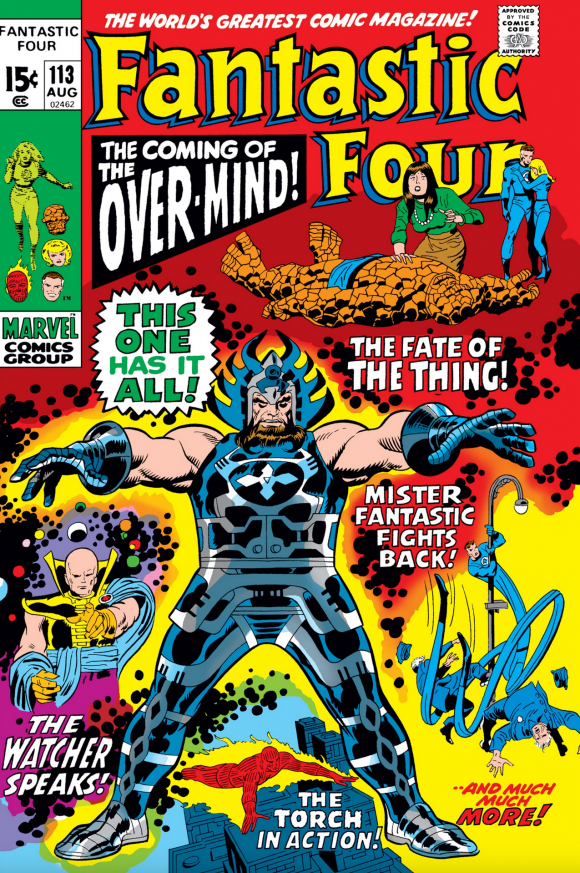 1. Superman’s Girl Friend Lois Lane #111, DC. But sometimes wacky simply wins out. A gigantic, bikini-clad Lois Lane being tied up by the Justice League is some serious grist for the Freudian mill — but the main thing is you really want to know what the hell is going on here, don’t you? Which is the whole point. And that’s what makes this oddball piece by Dick Giordano the month’s best. 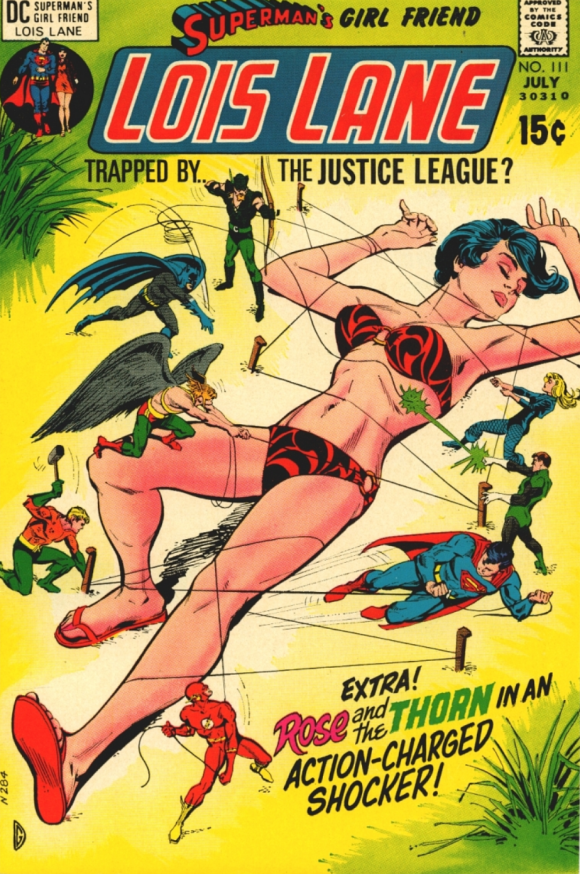