Hey folks, get ready for some serious Kirby, Adams and Buscema, not to mention CHIMPS, as we count down THE TOP 13 COVERS OF FEBRUARY 1971 — RANKED.

13. Teen Confessions #67, Charlton. Poor Lisa. If she didn’t have so much hair, she might be able to hold her head up straight. No wonder Ascot Dude went for the competition. 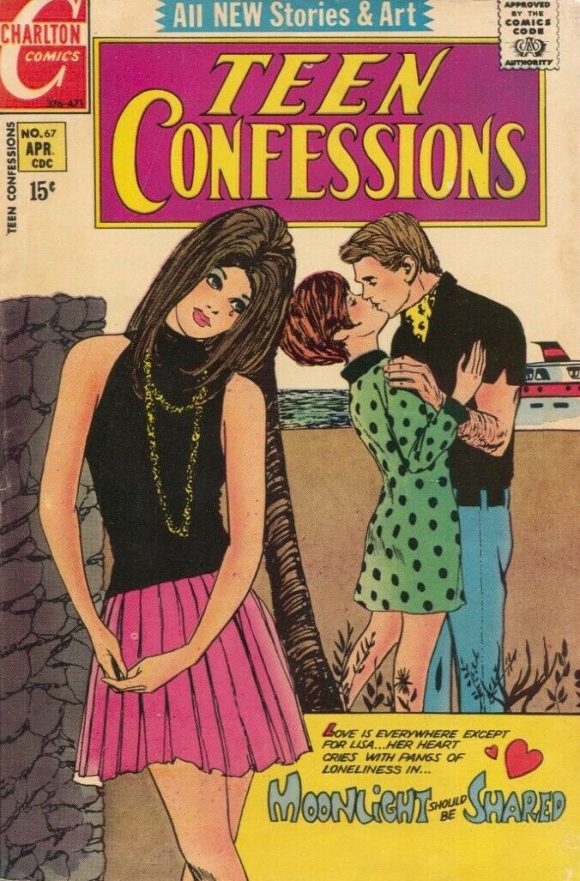 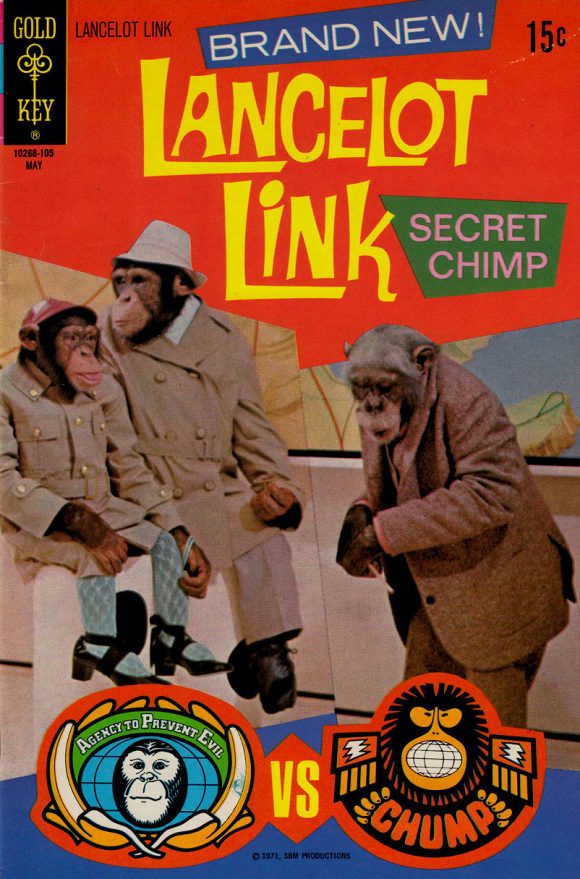 11. Boris Karloff Tales of Mystery #34, Gold Key. Painter George Wilson — the most underrated cover artist of the era — managed to come up with the one stunt Evel Knievel never attempted: battling a red, fire-breathing dragon on a stormy night with a laser gun while steering his motorcycle with one hand. But I bet you if Evel had thought of it, he would have done it. 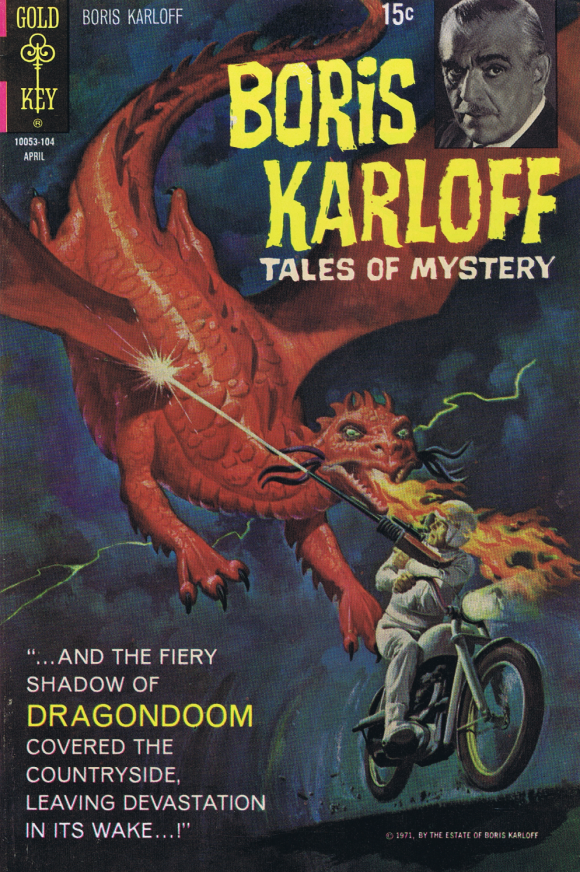 10. The Amazing Spider-Man #96, Marvel. This cover isn’t as notable for what’s on it as it is for what’s not: the Comics Code seal. This is the first of a three-part story about — GASP! — drugs. Either way, this is a spunky Gil Kane cover, though it is odd to see that very DC-ish sidebar on the left. 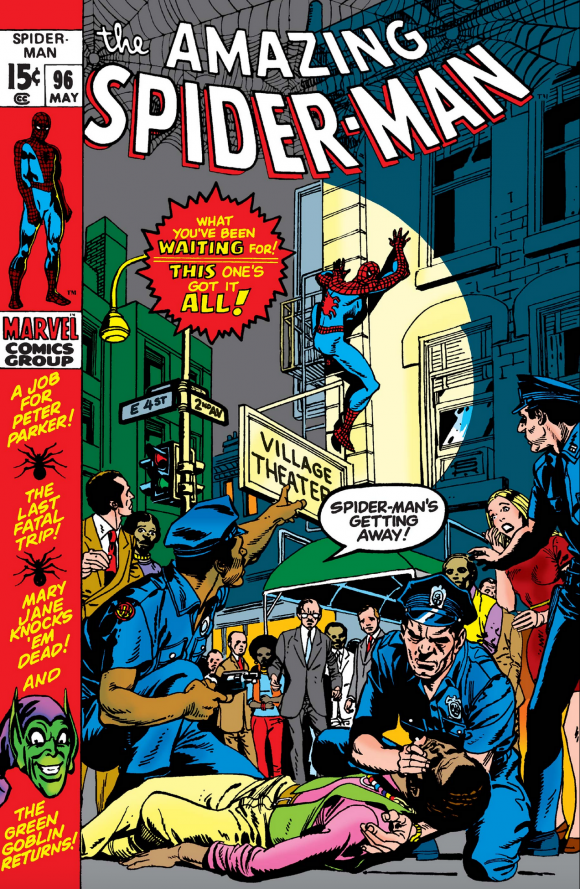 9. Fantastic Four #110, Marvel. Forget all the Reeds and runes, the highlight of this John Buscema/Joe Sinnott cover is the look on the Thing’s face: “HAWNH?” 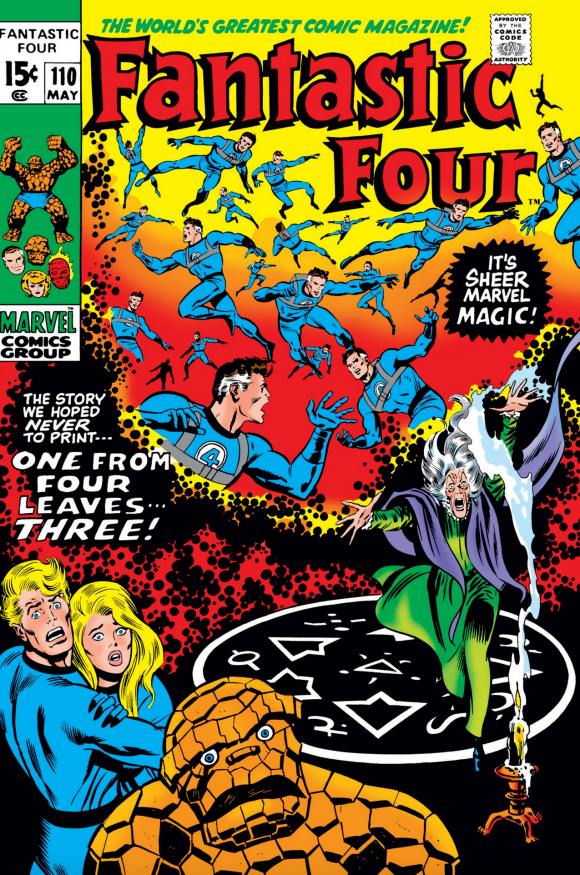 8. Detective Comics #410, DC. A classic Neal Adams/Dick Giordano job but this cover (and story) always gave me the heebie-jeebies. It’s basically Batman Meets Tod Browning’s Freaks and the implied child abuse on the cover’s too much for me. Still, it does what it’s designed to — make you want to find out what the hell is going on and buy the comic. 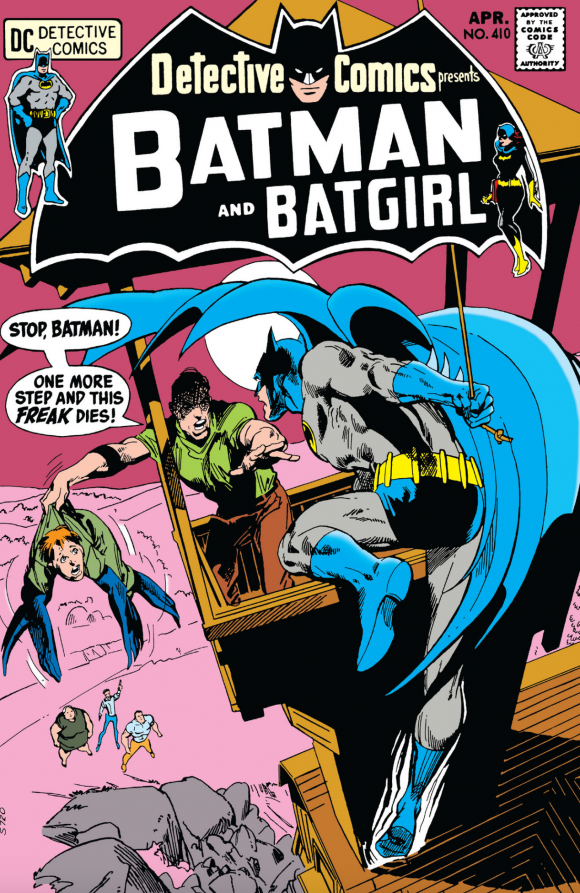 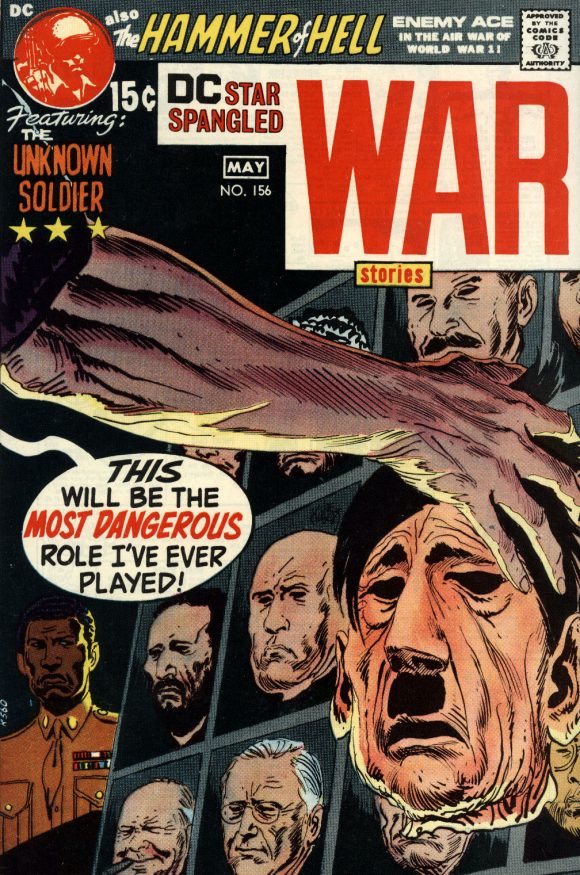 6. Superman #236, DC. DC just loved pouring a layer of horror over its early-’70s superhero covers and this one hits you right in the pitchfork. I remember being creeped out by the house ad alone. 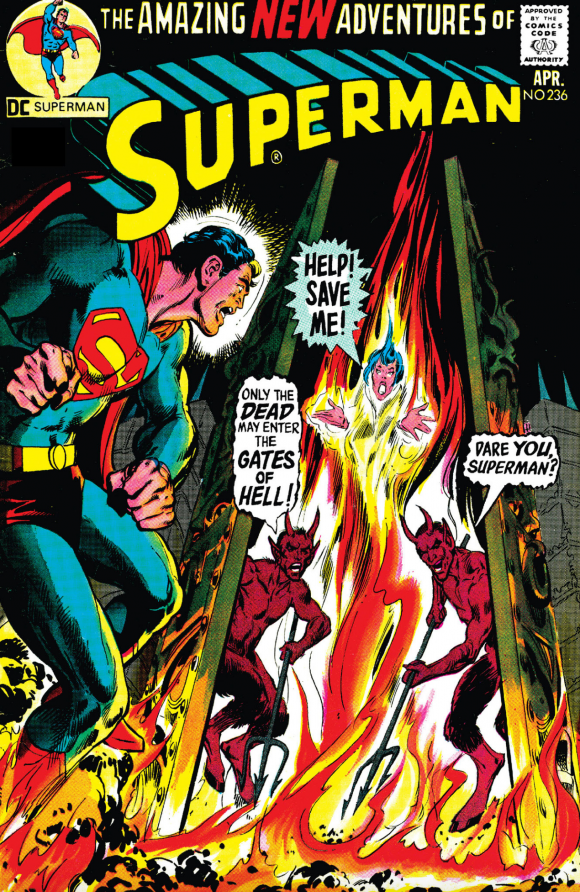 5. New Gods #2, DC. My lord, there is a LOT going on here. It’s almost as if Jack Kirby were so keyed up to show the world what was going on in his head that he tried to jam as much as he could on this cover. It doesn’t work in many ways because it’s really a mess. But’s a great Kirby mess, which means it has its own kind of potency. And, hey, it’s the first Darkseid cover appearance! 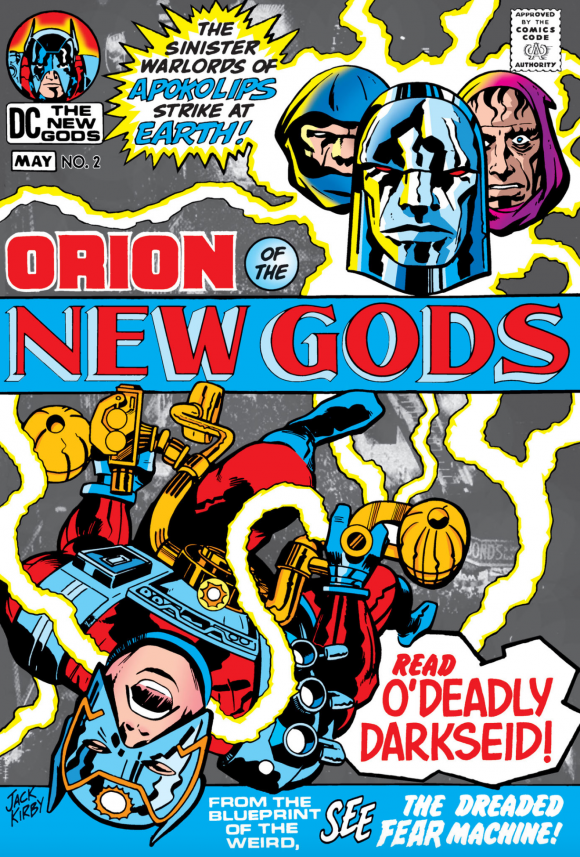 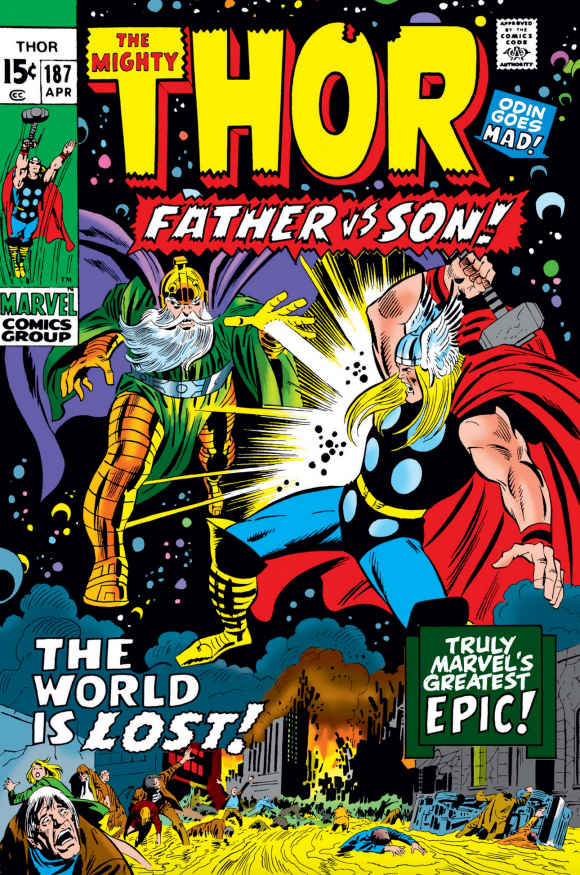 3. The Avengers #87, Marvel. What I love about this Buscema cover is its bold simplicity. Marvel during this period tended to have pretty crowded covers but this one is relatively stark, with T’Challa’s powerful image capturing almost all the focus while the rest of the Avengers just stand back. Fantastic choice to use a bright yellow-and-orange background: This cover pops! 2. House of Secrets #91, DC. The scope, the angle, the colors, the movement, the terror — all of this make for an Adams masterpiece, even though it’s one of his lesser-known works. By the way, does the woman in the foreground get inspired to become Giant Angry Eagle Woman? 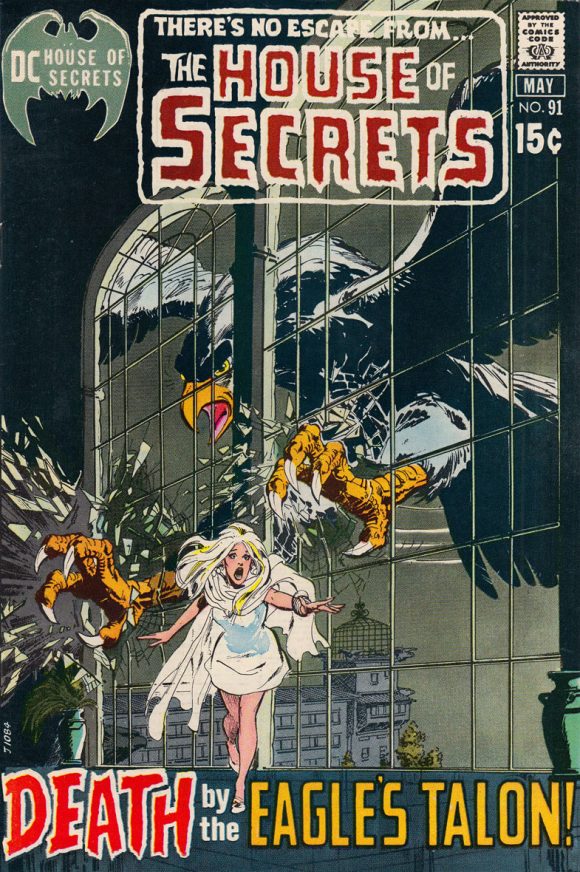 1. The Forever People #2, DC. Very similar concept as New Gods #2 but pulled off with greater alacrity and force. Again, the King had lots going on in that genius artistic brain of his but this time the result is far more clear and focused. And let’s not give Mantis’ groovy design short shrift either. 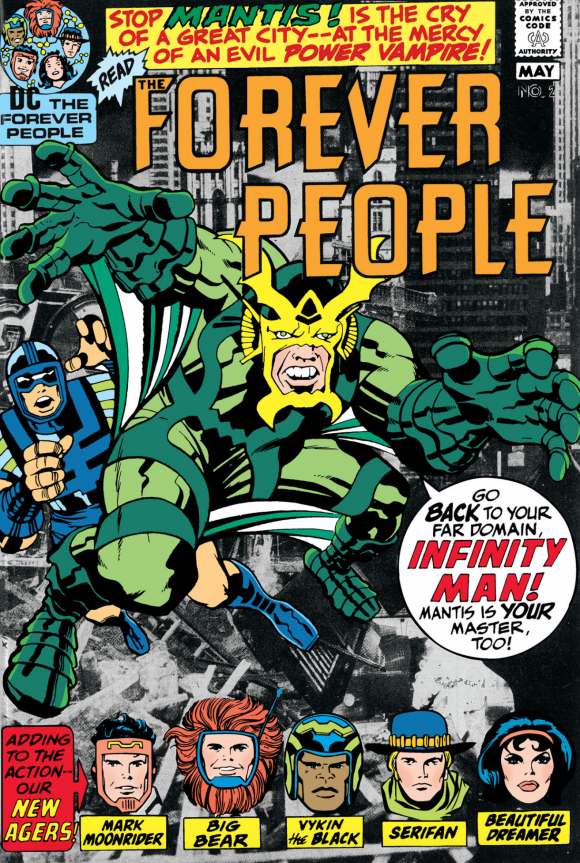