The Secrets of OSSM Comics and Thaniel

Home » The Secrets of OSSM Comics and Thaniel

Today is MONOMYTH Monday, spotlighting one of the books from Spahi’s OSSM Comics, a company fighting through the crowded world of comicdom. Spahi’s here for a MIGHTY Q&A to talk not just about his company, but his own miniseries title, Thaniel — with some exclusive Terry Huddleston art! 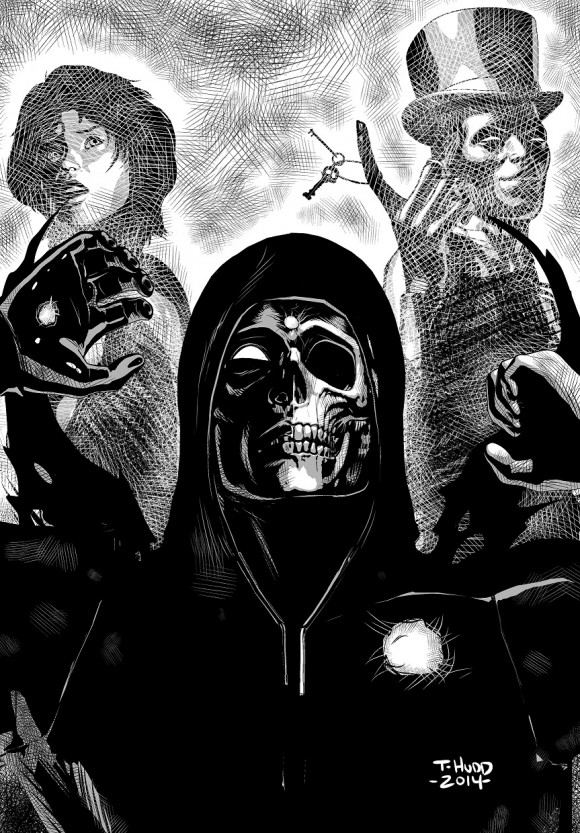 Cover to Issue #3 by Terry Huddleston

Dan Greenfield: What is the Secret Origin of OSSM? Why go this route in such an incredibly crowded field?

Omar Spahi: OSSM Comics originated at the 2012 Image Expo where I met Todd McFarlane and he inspired me to create a company. I took his advice to heart and OSSM was born. I don’t think comics are that crowded of a field. I feel the opposite — I feel like we need more comic creators in the field. The publishing route has always intrigued me, it’s always been something I wanted to pursue.

Tell us about the genesis of Thaniel.

Thaniel originally came from the Death’s mythos and how Death was an everlasting creature, what if Death got to pass along his legacy like humans do. It’s about how would someone respond to that responsibility. 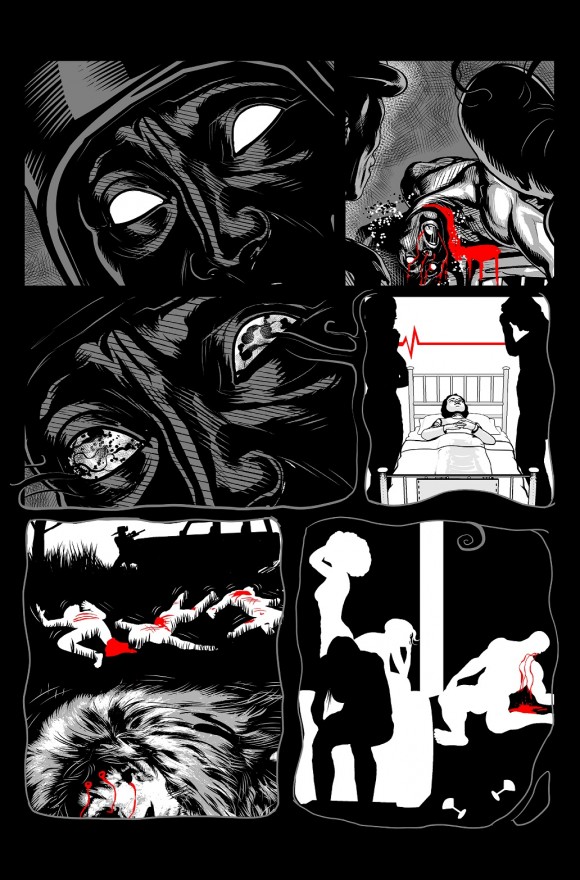 All images from Issue #3

That is some seriously creepy and evocative art by Terry Huddleston. How did you hook up and how does your collaboration work?

I met Terry at New York Comic Con a few years ago. I was originally drawn to his style because of its mass appeal. I started talking with Terry at the show, and Terry and I quickly became friends and I told him about a little project I had called Thaniel and, the rest, as you say, is history. 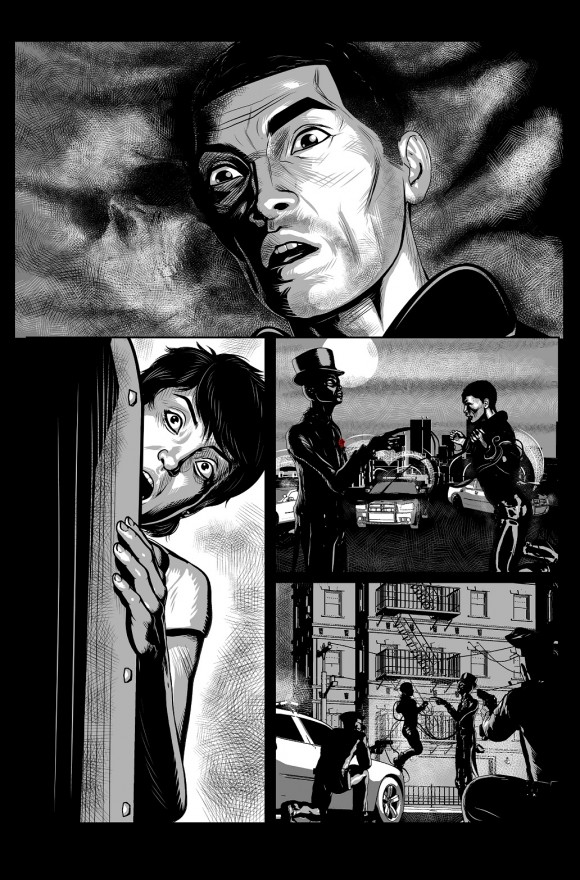 What were some of your inspirations in putting this story together?

My mother passed away a few years ago, and since then I’ve always felt like I’ve been surrounded by Death, and I somehow blamed myself for it. I feel like people don’t talk enough about Death and fear it instead of understanding it. My biggest goal is to get people talking about Death and begin understanding it as it’s something we all go through. 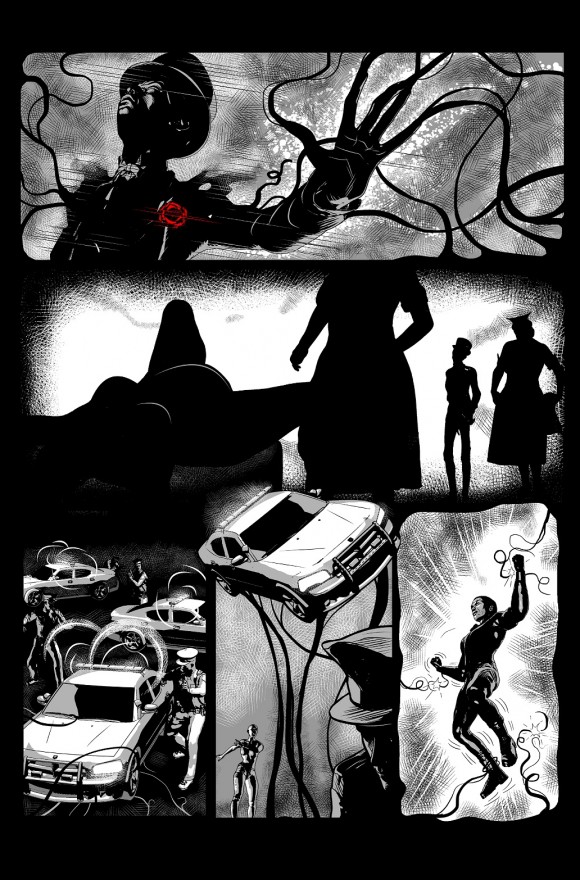 Where would you like to see OSSM, say, two years from now?

In two, years, I see OSSM Comics as a well-established and respected comic company that’s made a strong foothold in the comic industry. The future for OSSM is bright, I hope you have your sunglasses handy. 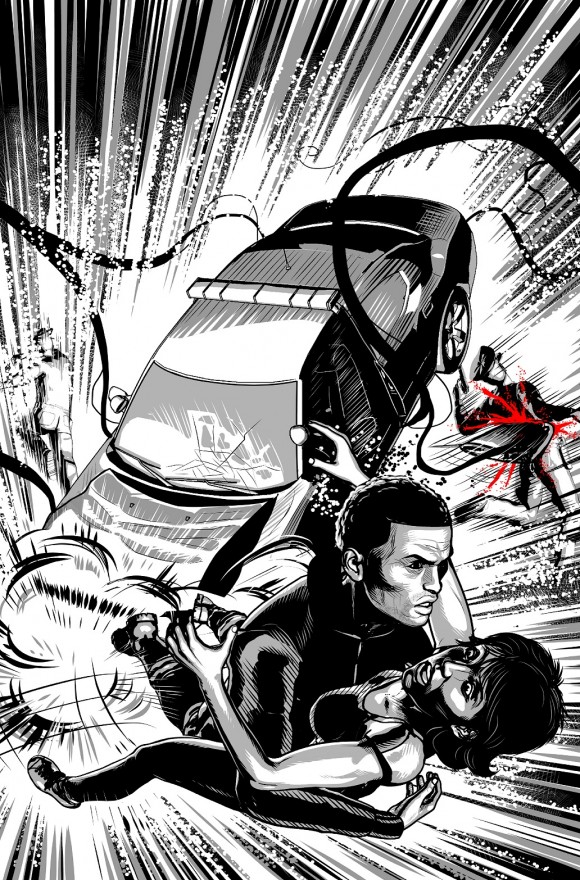