When you think of iconic duos, who comes to mind? Lee and Kirby? Lennon and McCartney? How about Kirby and McCartney? BEATLES WEEK continues … AS TITANS COLLIDE!

UPDATED 6/18/17: Paul McCartney turns 75 today. This August is the centennial of Jack Kirby’s birth. Couldn’t think of a better time to revisit this piece by Aimee LoSecco, who wrote this in the early months of 13th Dimension. As John might have put it: Dig it. — Dan

There is a long history of the Beatles and comics. I’m talking about the Beatles and their love of comics — Paul McCartney in particular. When asked recently the age-old question, “If you could have any superpower, what would it be?” Paul McCartney gave the eternal hippie answer: “I’d be called ‘Peaceman’ and my superpower would be a zapper that I would use to END WAR!”

Let’s take a trip back, back before “Yellow Submarine,” before “Magical Mystery Tour,” all the way back to a little movie called “Help!” In the Beatles’ flat, in Paul’s section there is a fantastic three-tiered, light-up organ. 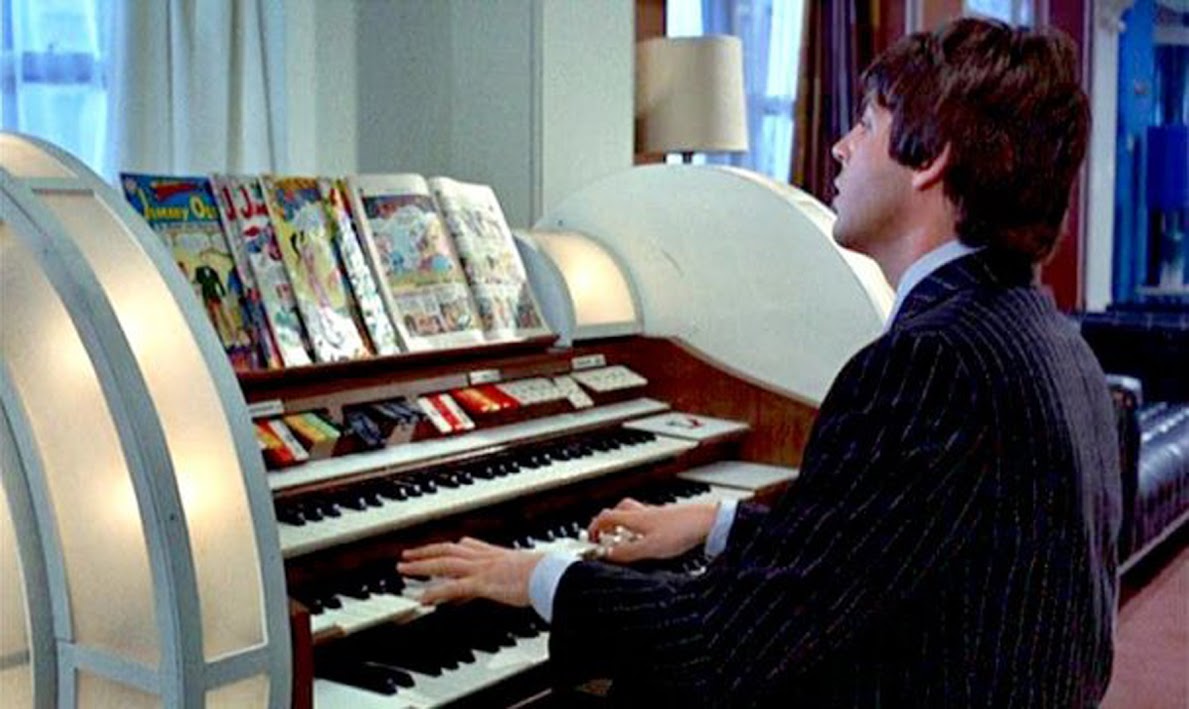 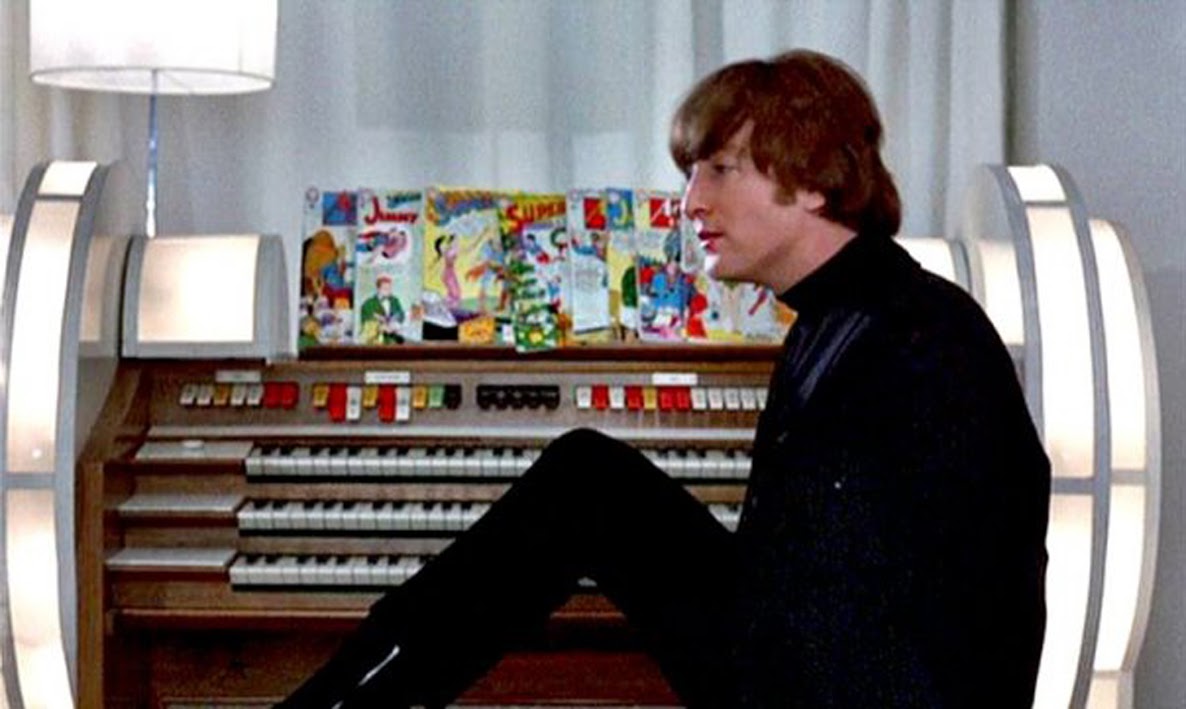 John was no stranger to Superman either.

Perched atop the sheet music stand are copies of Superman, Action Comics, and Superman’s Pal, Jimmy Olsen.  Which issues?  I couldn’t decipher all the covers, but  here ya go, nerdlingers: 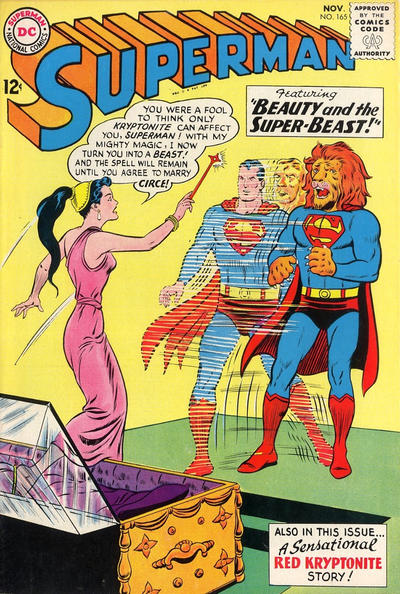 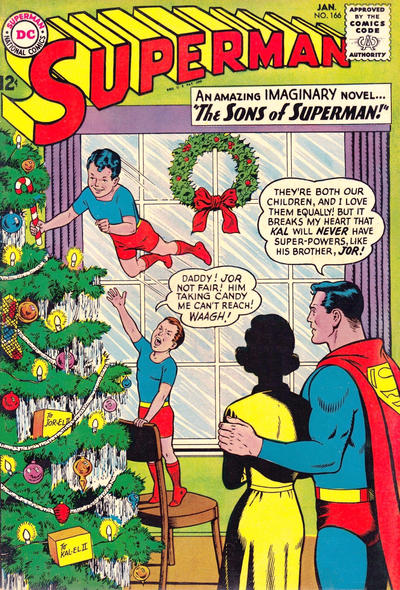 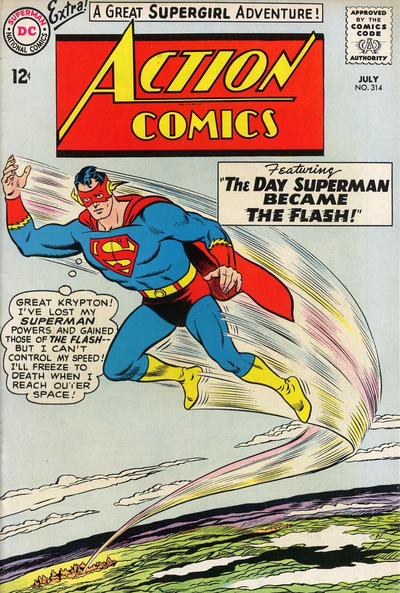 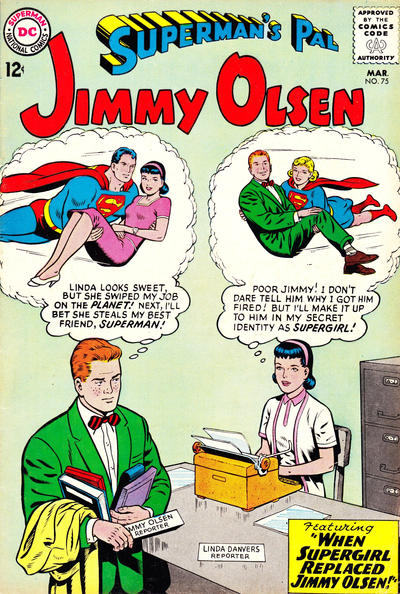 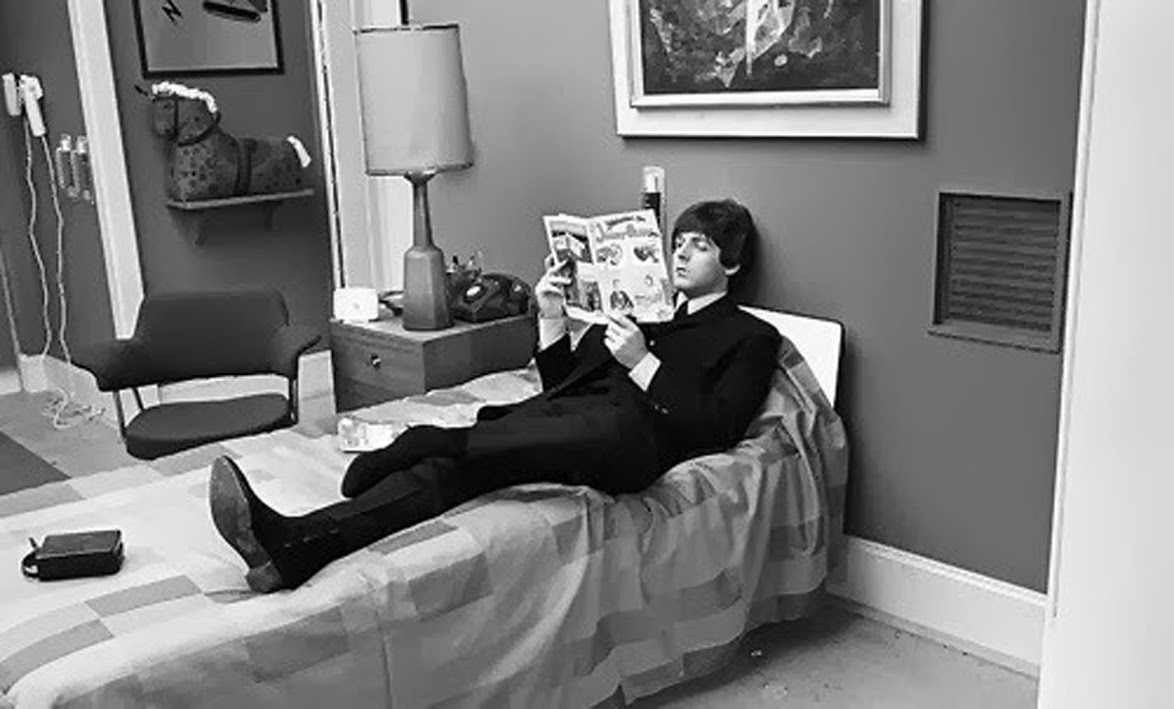 I know what you’re saying, “Kirby didn’t work on those books! Where’s the Kirby, ya liar?!”  Well, this is still important. Follow:Kirby hopped onto Jimmy Olsen in 1970 when he migrated to DC. But back in issue #79, a few months after “Help!” was filmed, there was a story in Jimmy Olsen called “The Red-Headed Beatle of 1,000 B.C.” starring Jimmy as a one-man Beatle phenom in ancient Israel. 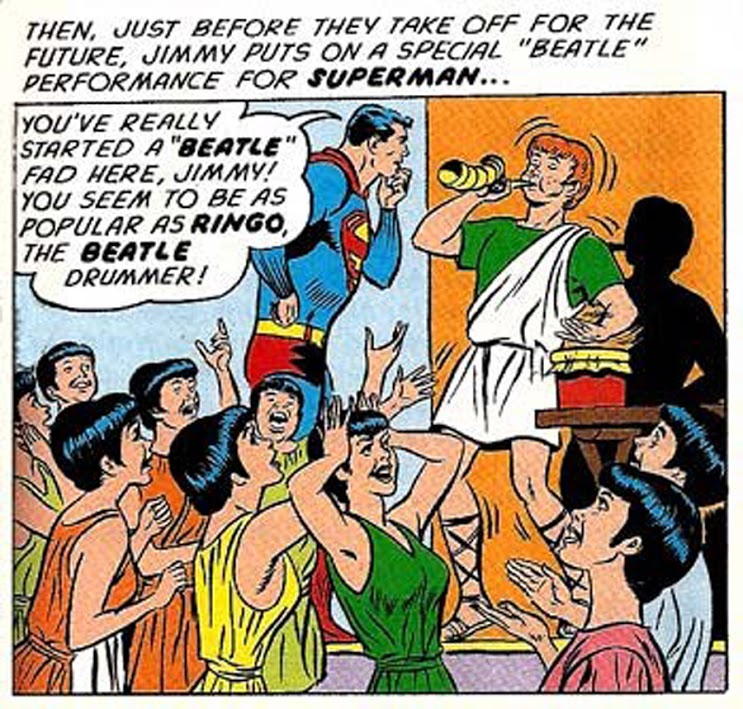 So, we’ve established Paul as a comics fan. Fast forward 10 years after the breakup to Macca’s album “Venus and Mars.” Again, every Beatles and comics fan worth their salt knows the B side to “Rockshow” is “Magneto and Titanium Man.” 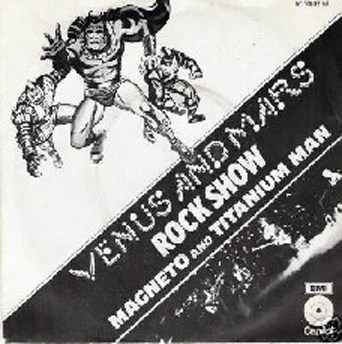 While Jack Kirby did not do the original artwork for the record sleeve and the 1975/1976 Wings Over the World concert tour, the characters were his creations. These are the issues that inspired the song and artwork: 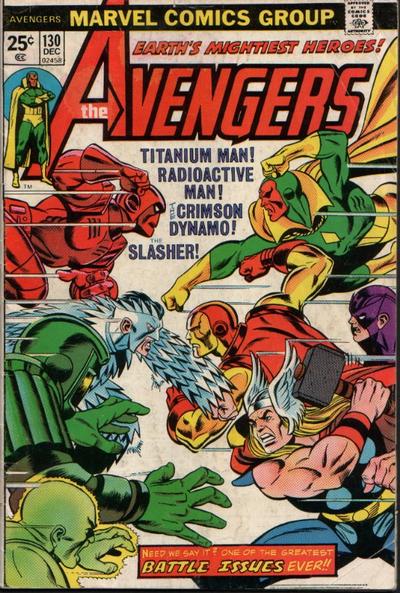 It was before one of these concerts in California in 1975 that Macca lived one of his dreams and met his comic book idol, Jack Kirby. Being the King of Comics, it was relatively easy for him to make his way backstage without any tickets.   fter all, this was the ’70s and most of the security, roadies, and A&R guys grew up on Kirby’s work.  A few signed posters were just the ticket to snag an audience with royalty such as an ex-Beatle. Jack Kirby was in his early 50s at this point, and not a fan of the Fab Four.  It was kid music to him and he couldn’t tell one moptop from another. However, he did know how big McCartney was and thought it would be fun to surprise the man who further immortalized his characters in song. Gentleman he was, Jack presented Paul and Linda with a line sketch of Magneto holding them captive in mid-air. 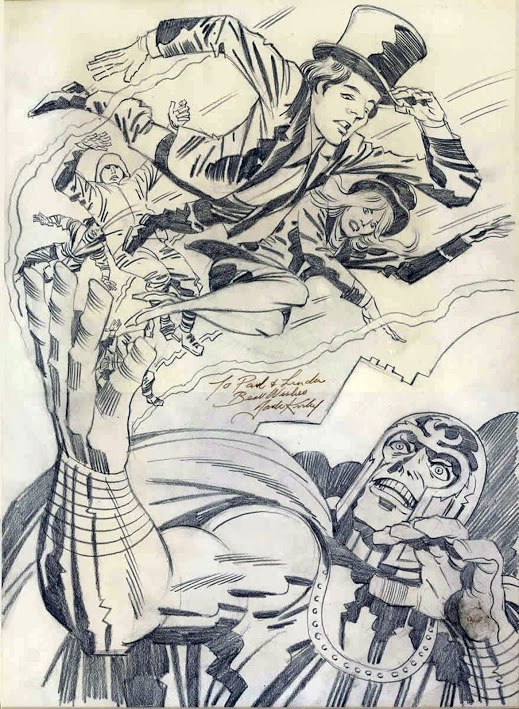 Why do they have top hats on? Kirby, the consummate professional, did his homework and found this photo in the liner notes of “Venus and Mars” and based the sketch on it. According to Paul (related in an interview with Gary Sherman), Jack saved their holiday in the Bahamas. “The kids were so bored, they had nothing to do, and we went down to the corner liquor store and we bought comic books for them. But we ended up reading them!” One night while on that holiday, the song just came to him. During the concert, Paul introduced “Magneto and Titanium Man” with: “In the audience tonight we have the creator of Magneto and lots of other comic characters, and I’d like to dedicate this song to Jack Kirby.”

And the audience roared.

That fell through and in it’s wake we got “Xanadu.” The original letter of inquiry.

And the audience roared.