The 45,000 WONDER WOMAN Protesters Have It All Wrong

Home » COMICS HISTORY » The 45,000 WONDER WOMAN Protesters Have It All Wrong

Or, The United Nations Just Doesn’t Get it. 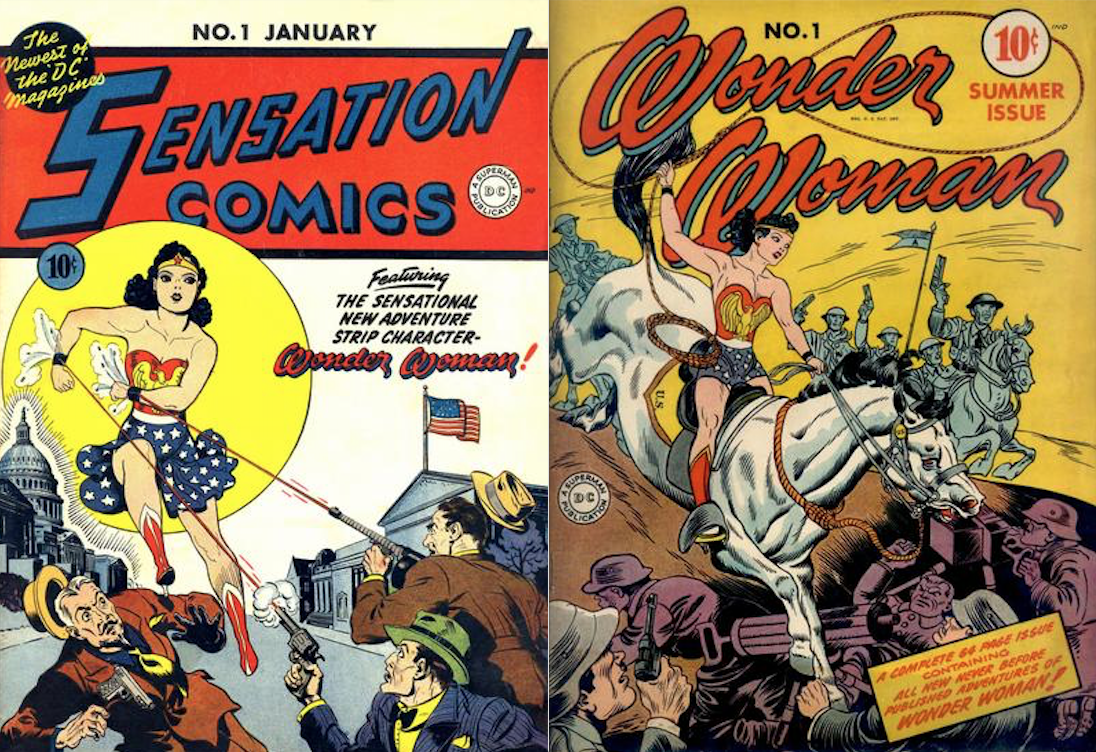 Growing up in a world full of boys, watching Lynda Carter as Wonder Woman on television gave me hope.

She made me realize that there were other girls like me who did not let boys boss them around. Girls who could take care of themselves. It made me feel not alone. Wonder Woman was my hero, my role model, and she empowered me. Not because she was beautiful and scantily clad, but because of who she was on the inside. She made me want to be like her — to care for people, to do good, and to take care of myself.

Now, less than two months after being named a United Nations Honorary Ambassador, Wonder Woman’s title has been stripped due to protests and an online petition with 45,000 signatures. The petition said that “Although the original creators may have intended Wonder Woman to represent a strong and independent ‘warrior’ woman with a feminist message, the reality is that the character’s current iteration is that of a large breasted, white woman of impossible proportions, scantily clad in a shimmery, thigh-baring body suit.”

Hold on a second.

Read what Trina Robbins, one of comics’ most notable pioneers for women, says about this:

“Wonder Woman has, alas, since the death of her feminist creator, William Moulton Marston, been the slave of whoever wrote and drew her. All too many of her writers and artists, all male, have been threatened by the aspect of such a strong woman or have simply not liked her, so they have disempowered her, been unable to keep their hands off her costume, and turned her into a hyper-sexualized pinup.

“I fear the many people who have objected to Wonder Woman being selected an ambassador by the United Nations are seeing the years of unfortunate baggage she carries with her. But there’s been a sea change in mainstream comics since the Bad Old Days, and I urge her critics to read the current Wonder Woman comics — respectfully and sensitively written and beautifully drawn — and think again.” 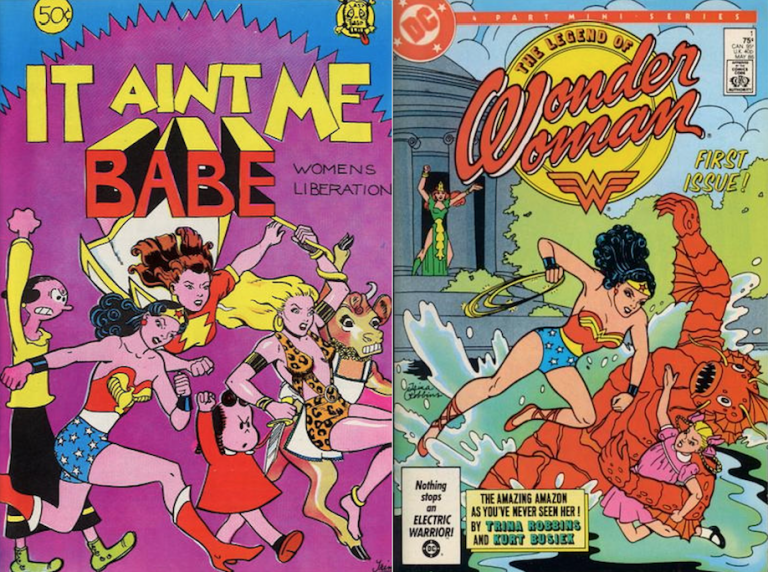 It’s hard to put it any better.

Wonder Woman, who has endured sitting in the third (or farther down) seat at the DC dinner table, has been sexualized in the past, no question. But she keeps fighting — and has has come full circle as a symbol of female empowerment — starting, you could argue, with Gloria Steinem’s famous Ms. cover from 1972. She is now more popular than ever. 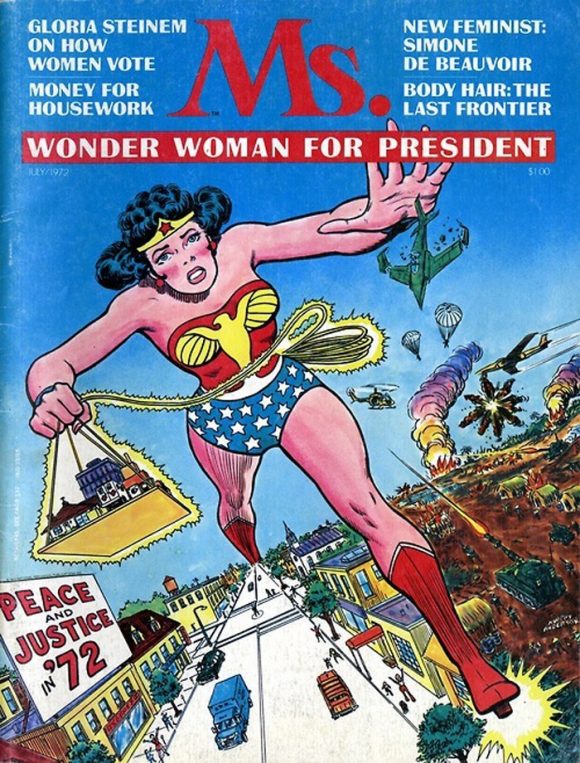 All of these protesters are doing exactly the opposite of what they claim to believe. They are judging a woman for her looks and not for herself. That doesn’t make you an advocate for women. That makes you an uninformed jerk.

Have any of these people who protested read The Circle, by Gail Simone, Terry Dodson and Rachel Dodson? Or the most recent run by Greg Rucka, Nicola Scott and Liam Sharp? 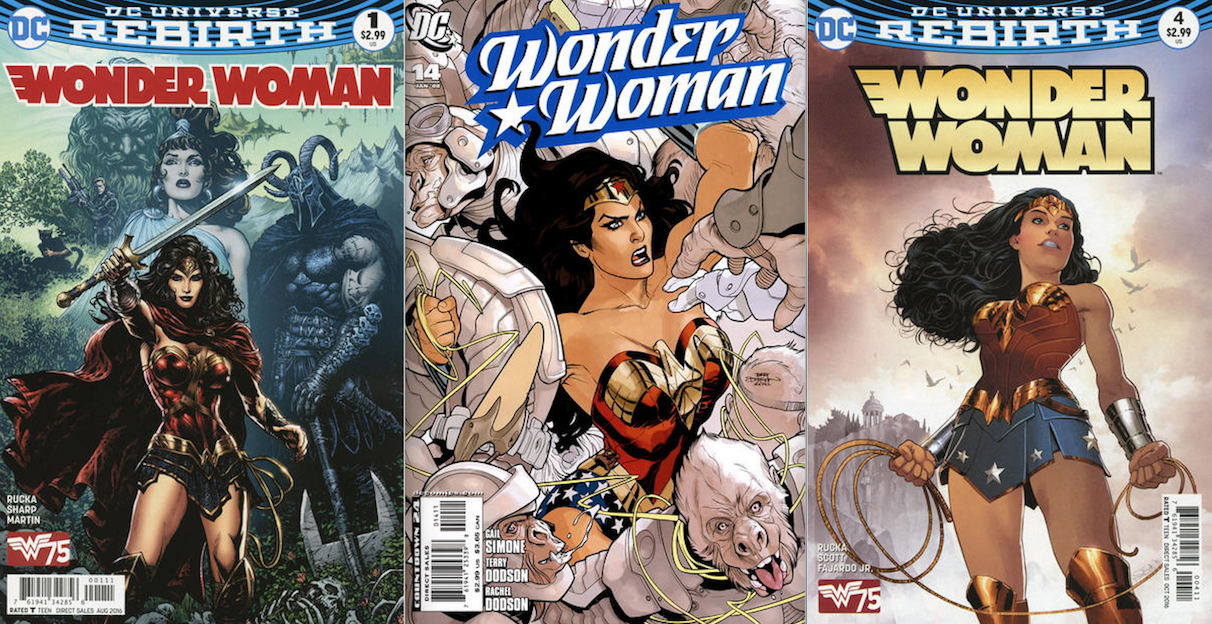 Sharp on the left. Terry and Rachel Dodson in the center. Nicola Scott on the right.

In all likelihood, no.

Here’s hoping that when the new Wonder Woman movie comes out starring the amazing Gal Gadot, the people who protested look back and see how ridiculous they were. I don’t need Wonder Woman to be an ambassador to know how amazing she is.

So to all you Wonder Women out there — keep spinning, knowing that there are those that believe in you and together we can “change their minds and change the world.”