UPDATED 12/14/16: Unfortunately, the UN bowed to pressure from 45,000 ill-informed petitioners who say Wonder Woman doesn’t deserve this honor. We strongly disagree with their reasoning. Click here for more than that.

The United Nations has declared this Friday — 10/21 — Wonder Woman Day and all week long we’re celebrating the Amazon princess.

How? Well, for the full WONDER WOMAN INDEX of stories and celebrations, click here.

Here, though, Christy Blanch and I have asked 13 top-flight creators and one special guest — all of whom either work or have worked on Wonder Woman — a simple question that elicited some very compelling responses.

The question? How Has Wonder Woman Changed Your Life?

But that’s not all: These same folks will be back later this week with their picks for the greatest Wonder Woman stories ever.

Well, getting to write her, both in the DC Universe proper and in Wonder Woman ’77, has challenged me as a writer and has been a surreal dream come true to the little kid who watched the TV show back in the mid-70s. Writing a character who is free from cynicism, judgment, and, yet at the same time, is not naive or ignorant, but has such hope and faith in humanity, is a challenge because my world view is a little, shall we say, less hopeful. Writing Diana challenges me to find that better person and hopeful view within myself. 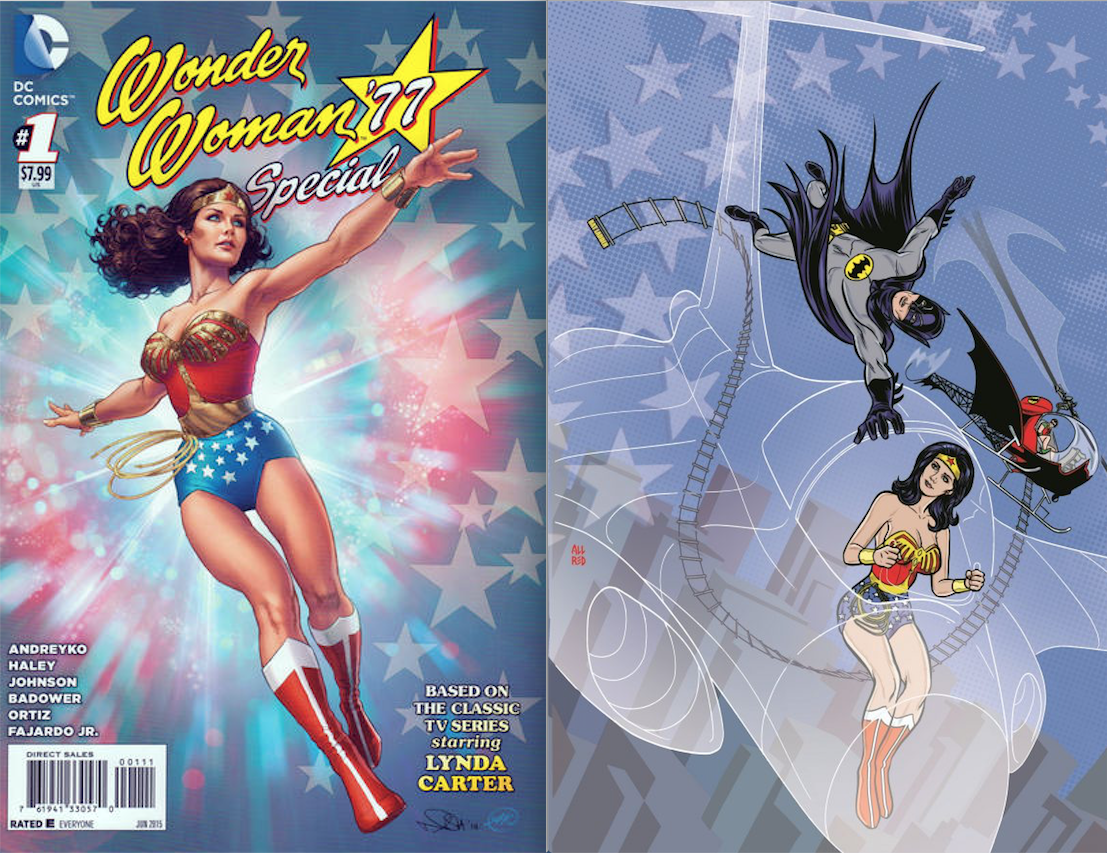 Nicola Scott on the left, Mike Allred on the right.

I don’t think I really understood the impact and importance of Wonder Woman as a symbol until long after working on the title. Meeting fans who came to comics through our work on Wonder Woman, hearing stories of what the character means to them, it gives me a greater appreciation for the task of creating stories of this icon, to preserve and add to the legend. It’s a much bigger responsibility than I knew. I’m very proud of the work we did on Wonder Woman, and hope it will be remembered fondly.

Two things, really: Like so many girls growing up in the US in a once and distant past, she was really the one and the only superhero I could relate to. Now as an adult and as a comics creator, actually getting to write a legit Wonder Woman story for DC Comics meant I finally broke in as a professional! 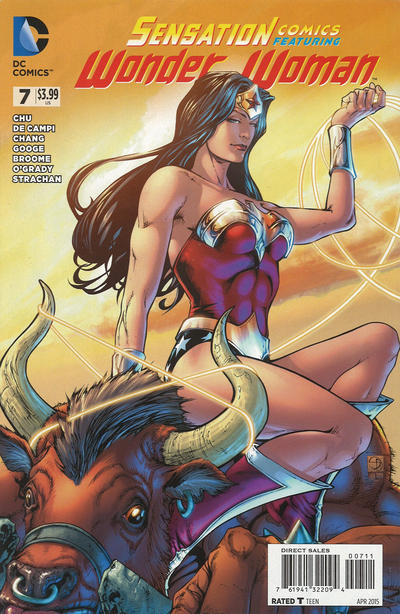 Wonder Woman, like Superman, is a symbol of the best in all of us. The power, and the decency, in every human heart. That symbol, of course, takes on more power, more importance, in a culture where women have traditionally been relegated to a “supporting” role, with men as the “stars.” (And thank God we live in a world where that’s changed dramatically.) As the father of a daughter, it’s heartening to have a symbol like Wonder Woman to inspire girls and young women. But, really, she inspires us all. 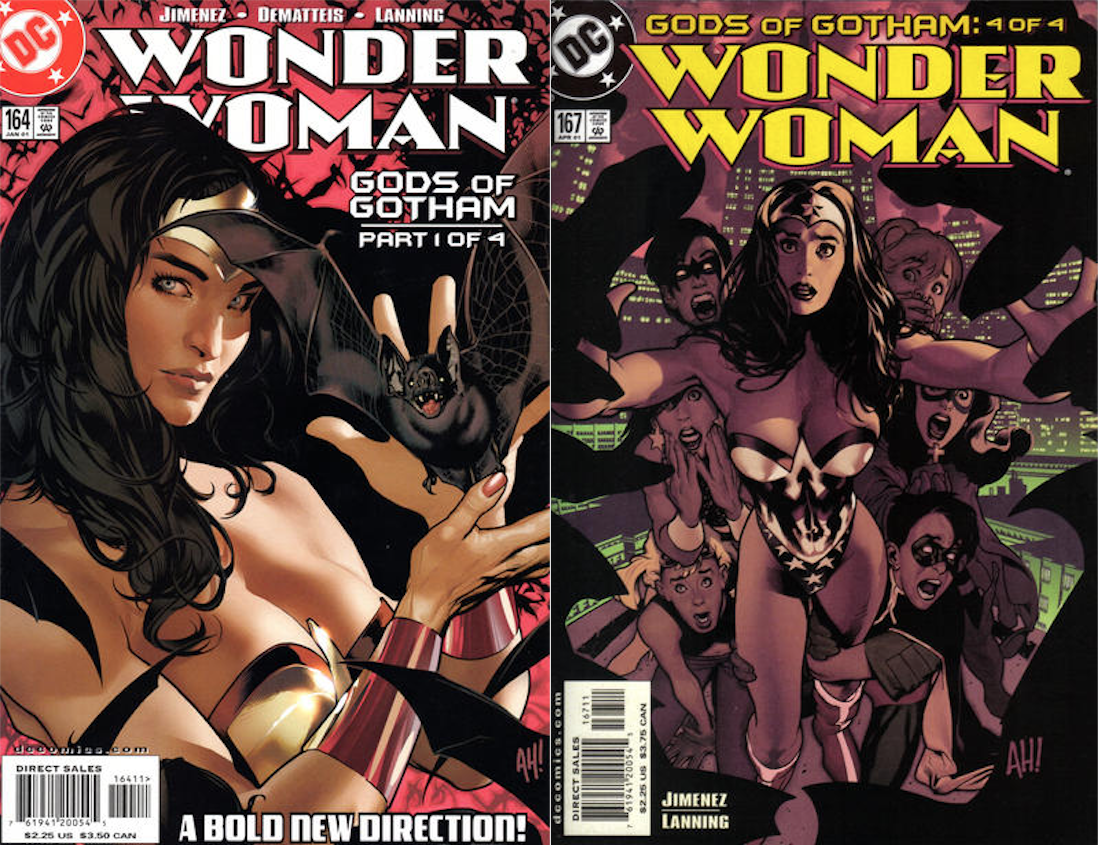 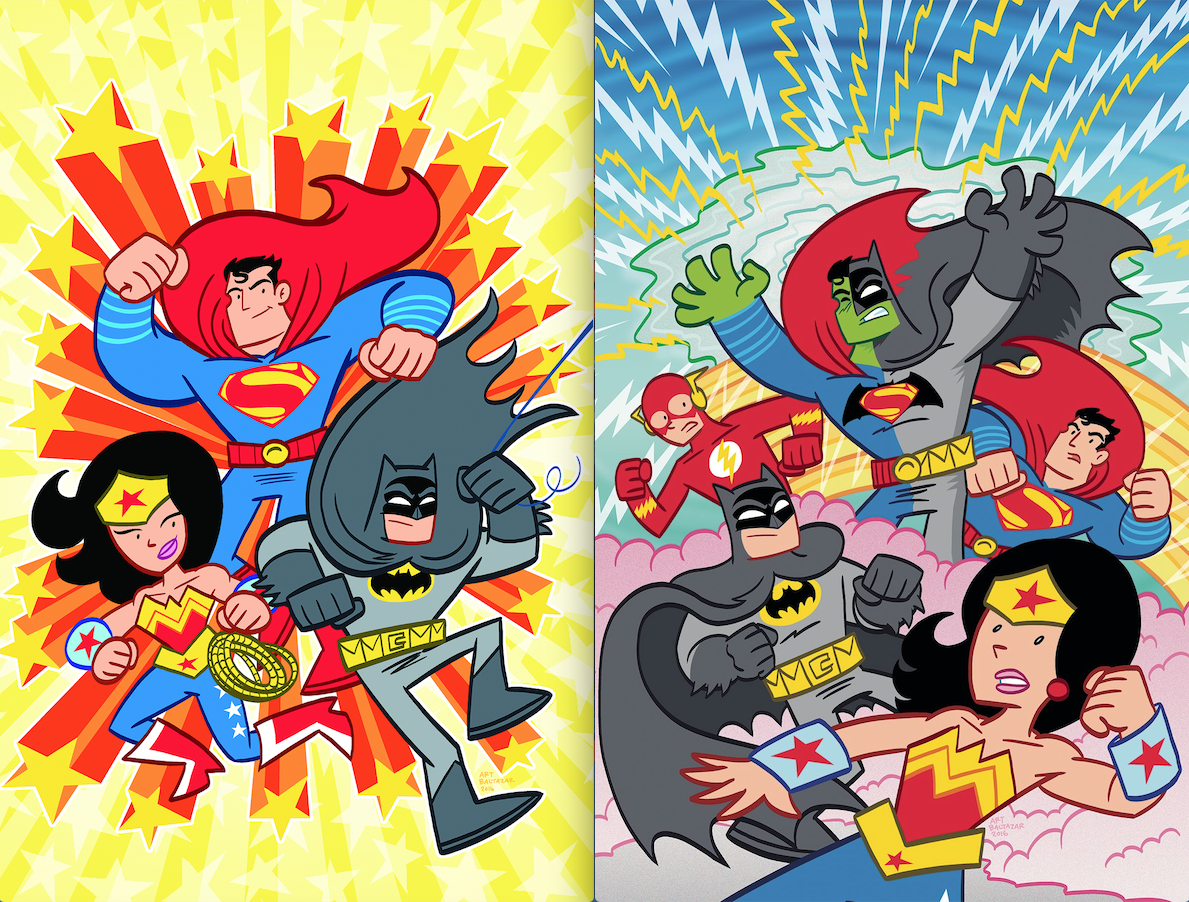 Wonder Woman was a character that seemed out of reach to me as a kid, because, y’know… eww she’s a girl? LOL. My introduction to Wonder Woman was like a lot of people my age, via television, both with Lynda Carter and Super Friends. It wasn’t until I was older that I started to appreciate her as a character, especially once I got past all of the preconceived notions I had. I think my appreciation for her as a character increased as I became more, and I hate to say enlightened, but that’s the only way I can describe it. Her agency, her sense of self, beyond the power and grace, is positively inspiring. Having finally had the chance to draw a Wonder Woman story with Josh Elder for Sensation Comics was an opportunity I took very seriously and I would love to do more with her. 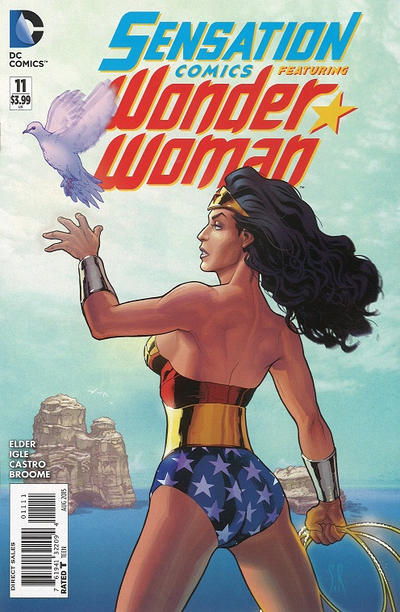 The idea within the Wonder Woman legend that always intrigued me was that she is the only hero/heroine to have given up immortality for humanity.  Never explored it in my few stories of the character, and always wondered about how it would play out. 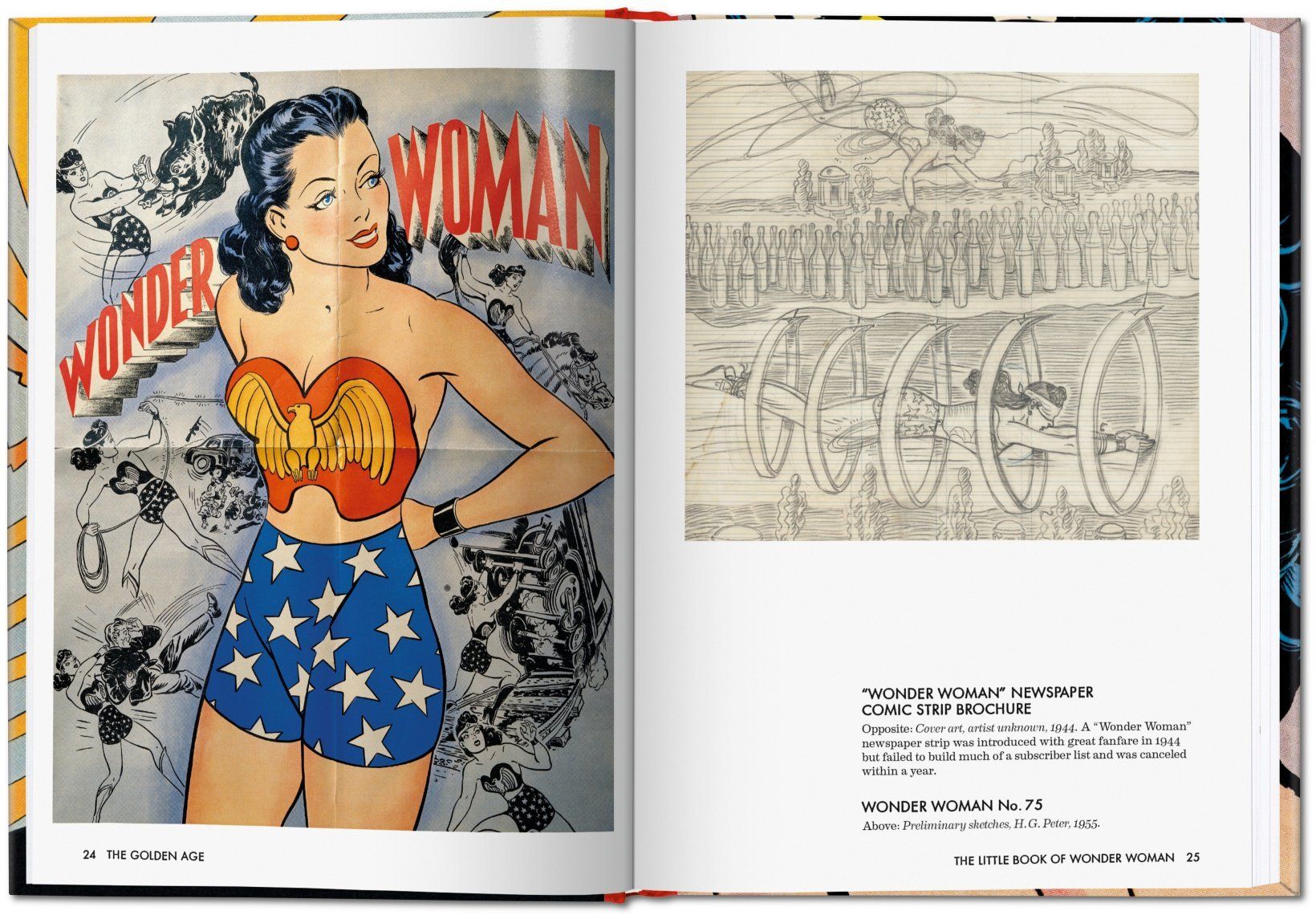 I encountered Wonder Woman in the early 1970s when she had first gotten her powers back and was a member of the Super Friends. What I saw in her was that she was mostly the only one of the group that was different; in the most obvious case, she was a woman, but she was also the only major hero not born of tragedy but of love. She also had a different message, about peace and love and acceptance of everyone. That even extended to her enemies, whom she often tried to reform. For Wonder Woman, everyone had worth and value. As a young boy hiding that he was gay in a small town in Montana, those messages meant so much. When Lynda Carter portrayed Wonder Woman on TV, she radiated those same values. Wonder Woman would love you no matter what, and stand with you as long as you were good, strong, and honest. So, Wonder Woman was one of my greatest role models. 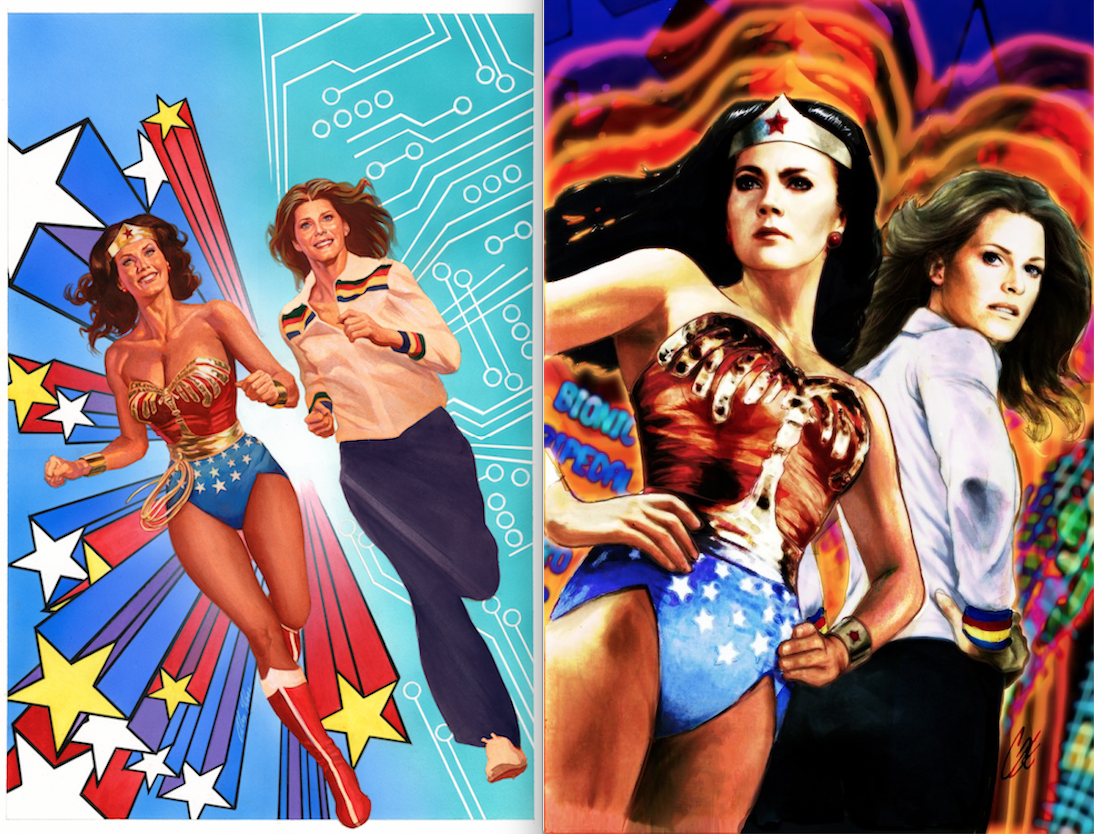 Alex Ross on the left. Cat Staggs on the right.

Wonder Woman didn’t “change” my life; she has been a part of my life from birth, in the person of my grandmother — Wonder Woman’s role model. Gram was strong, intelligent, kind, caring, level headed and always positive. If she decided that something needed to get done, it got done! Born in 1893 when most women were tied to duties at home, Gram blithely ignored the norms of the day. Instead she accumulated three college degrees and spent her life in the workforce. She only lived to be 100 years old [she was supposed to go to 105, but her body just started being too annoyingly frail] but in those 100 years she never stopped moving forward. Gram was a force of nature!

So, I suppose you could say that Wonder Woman helped form my life. WW/Gram was always an ideal role model.

Denny O’Neil, writer, Wonder Woman — known for taking her powers away in the late ’60s

Wonder Woman has been mostly a source of regret because I didn’t do a better job with her. 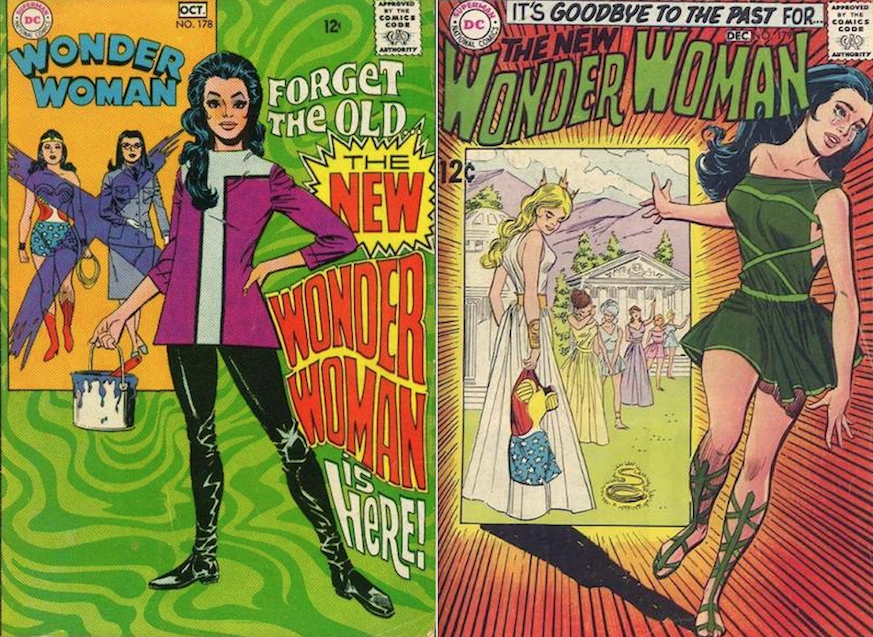 I’d say “impacted” my life and for me it’s because the first DC work I was ever hired for was to draw two issues of her title. I was very excited that Brian Bolland was doing the covers based on things I was drawing, that was a real thrill. I was hoping to become the regular artist but it didn’t happen. 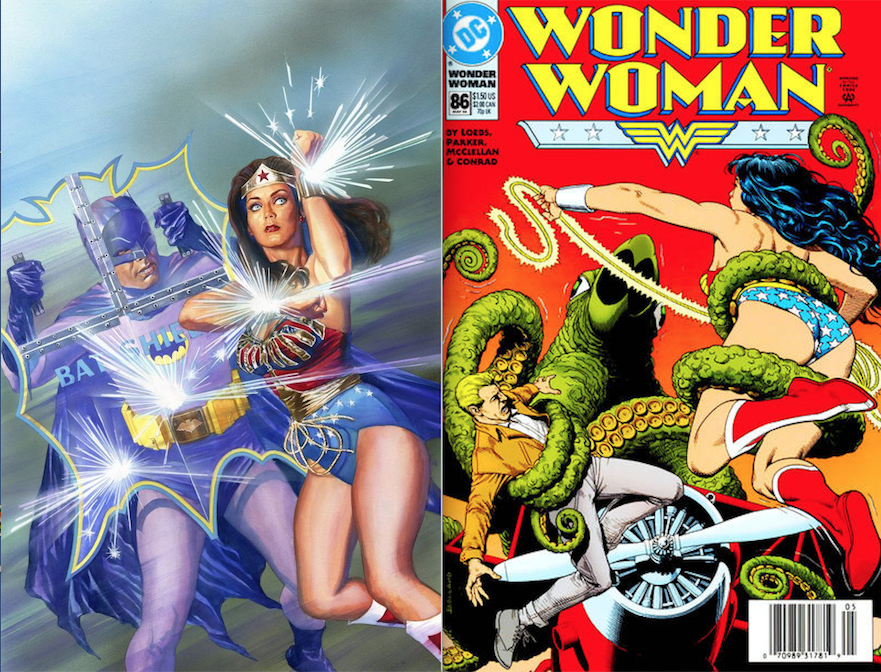 Alex Ross on the left. Brian Bolland on the right.

I first discovered Wonder Woman when I was about 10 years old, and I had never heard of Amazons before. (Not something they taught us in school!) It was such a revelation to learn of a tribe of beautiful warrior women who lived on a magical island where no men were allowed.

I was living in a time where it was mostly no GIRLS allowed — from sports, from politics — even though we learned that any American could grow up to be prez of the USA, it was unspoken but accepted that only BOYS could be prez. So maybe Wonder Woman set me on the path to feminism. 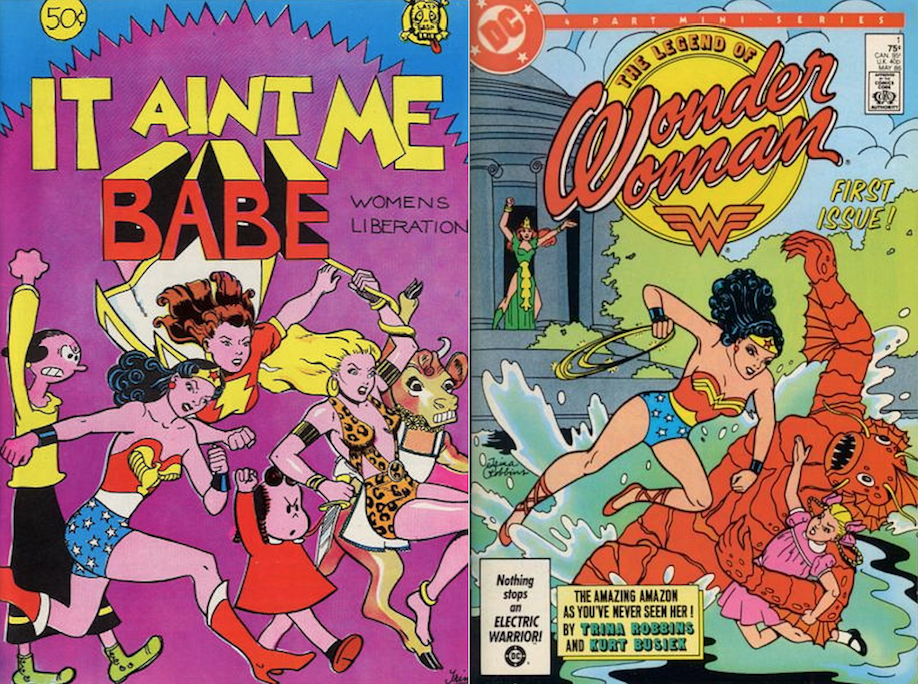 I can’t begin to count the ways. I mean, I’m very fortunate in that in this realm of pop-culture icons I got to play with so many of them and write so many of them. I think she’s arguably the character that has probably been the most important relationship.

I mean, I think writing Diana and writing Kate (Kane, Batwoman), I think, Diana, Kate and Renee (Montoya). Those are the black holes of DC. There will always be a lot of drama with them. It’s very difficult to articulate. It’s had a profound impact. I think in ways I’m probably unaware of. 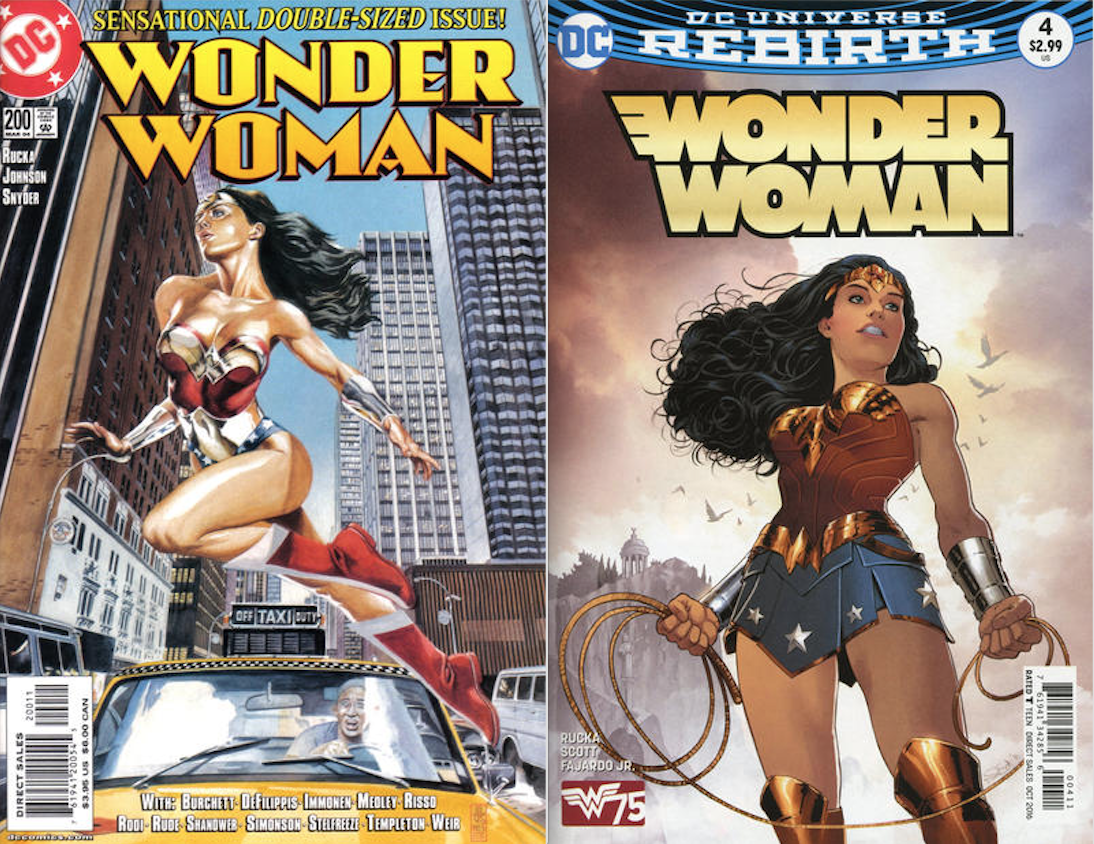 J.G. Jones on the left. Nicola Scott on the right.

I’ve been in comics for 30 years this year. I started work at 18, assisting the late and magnificent Don Lawrence. Twenty-five years ago I got a huge break with Death’s Head II, which opened the doors for me at Marvel. I had the extraordinary fortune of drawing some of the greatest mainstream characters of all time for a five-year period, after which my fortunes took a turn, and I slowly slipped out of the consciousness of that highly visible corner or the comics industry.

I never went away, and I continued to work on more indie fare, setting up Mam Tor publishing, and later co-founding Madefire. I worked on a few movies, wrote a novel and novella, and even some screenplays. I drew the huge-selling Gears of War comic too, but I missed the icons. I missed drawing those great, historic and internationally recognized mainstream characters more than I probably cared to admit, and for whatever reason there never seemed a clear way back to it. I honestly thought I would never get the chance again.

And then… Wonder Woman!

After so much time away — to come back… it’s extraordinary. It feels like the first time but with the benefit of hindsight. I’m loving it, and appreciating it immensely. I’ve never been quite so delighted to be drawing a comic. And where, when I was young, I didn’t fully understand my incredible good fortune, this time I do.

So it has changed my life because it has brought me a level of fulfillment I didn’t expect to attain again. I have achieved a great hope that was never an expectation.

Beyond that — she’s, in herself, a remarkable character. The icon for our age, as she represents all of us, all of humanity. The best of us.