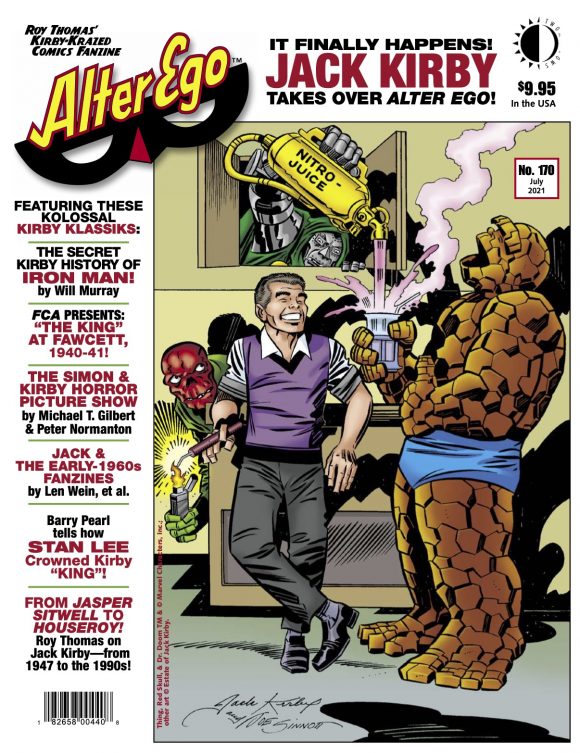 One of the beauties of comics is that for all the well-known storylines and moments that everyone recognizes, there are millions of gems hidden away and long forgotten. Discovering them can be a real gas — and that translates to comics history, as well.

For example, Roy Thomas’ Alter Ego #170 is dedicated to Jack Kirby — a rarity given that publisher TwoMorrows has an entire mag devoted to the King, Jack Kirby Collector. It’s a terrific issue, filled with offbeat looks at Kirby’s career: 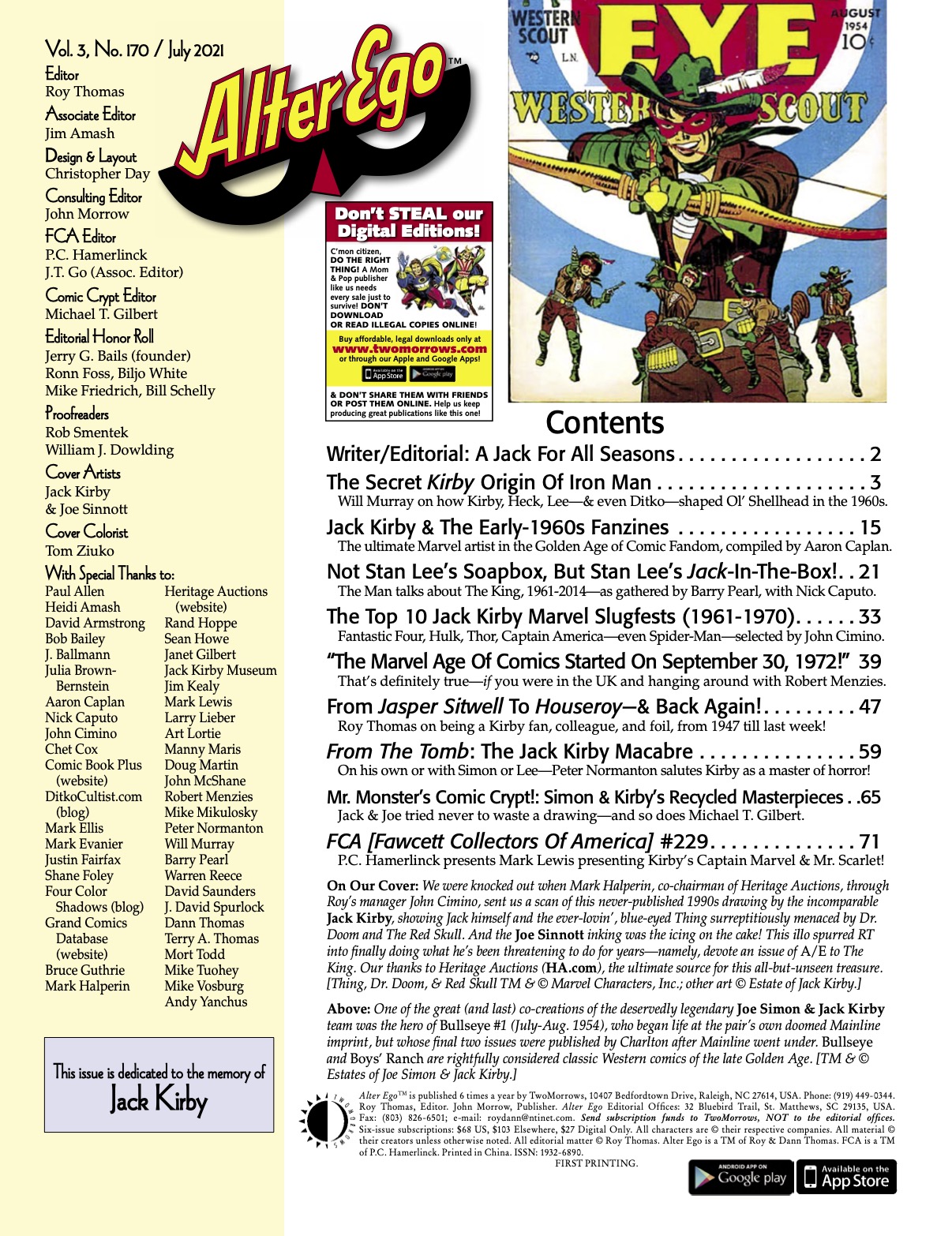 There’s a lot there to chew over, but in perusing the issue — which is due June 2 — you’ll find a lovely little nugget: an early ’60s interview with Kirby by teenager/future comics megatalent Len Wein.

Wein was about 16 at the time and I just love the idea of Len and his buddy Ron Fradkin riding their bikes to Jack’s house just to talk — and that Kirby made that kind of time for these kids.

It may not be the most insightful interview but it’s a moment of warmth as comics’ first generation began to pass its collective torch to the next.

Alter Ego #170 is due June 2. It’s available at comics shops and magazine sellers but you can also get it directly from TwoMorrows. (Click here.)