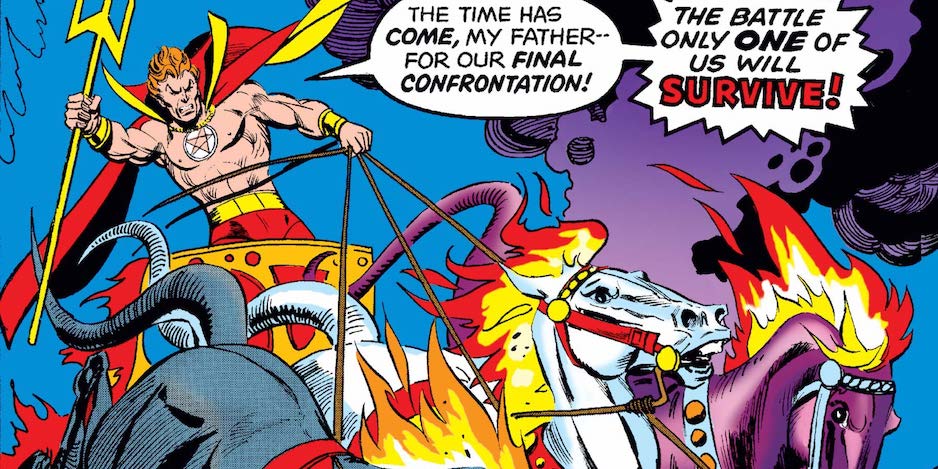 Now, we’ve got for you the scoop on who’s starring in that month’s Marvel Tales: Daimon Hellstrom, the Son of Satan.

Check out the solicitation info, to be released soon by Marvel: 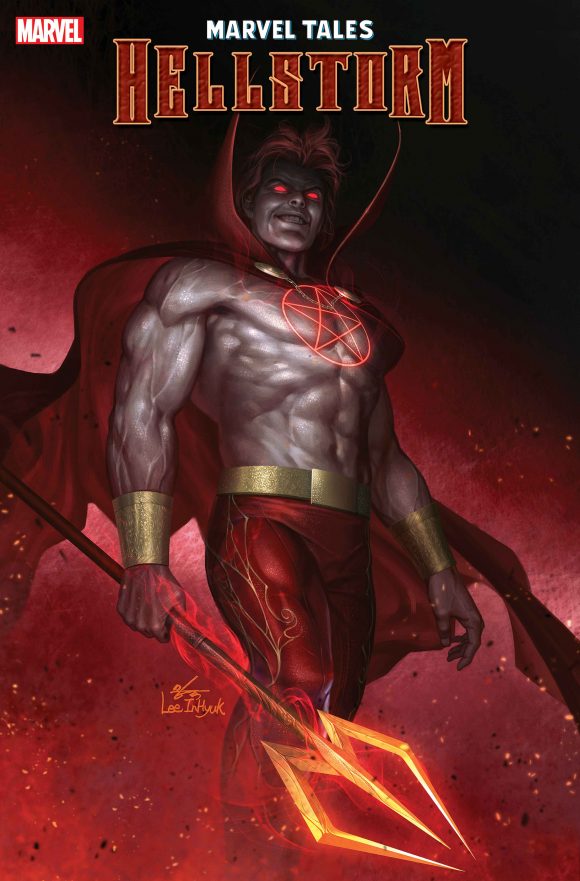 MARVEL TALES: HELLSTROM #1
GARY FRIEDRICH, JOHN WARNER & WARREN ELLIS (W)
TOM SUTTON, JIM MOONEY
& LEONARDO MANCO (A)
Cover by INHYUK LEE
VIRGIN VARIANT Cover by INHYUK LEE
Daimon Hellstrom, the Son of Satan himself, demonstrates his devilish charm as we celebrate the legacy of the House of Ideas with the era-spanning MARVEL TALES! This anthology series shines a spotlight on fan-favorite characters, features timeless stories and highlights some of our most impressive talent from the past eight decades. First, Daimon makes his scene-stealing debut as an exorcist in GHOST RIDER (1973) #1! Then he claims a series of his own with SON OF SATAN #1 — and steps through a portal to hell for an unhappy family reunion with his diabolical father! And, in HELLSTROM: PRINCE OF LIES #12, Daimon digs into the darkest and most disturbing corners of the Marvel Universe, courtesy of one hell of a creative team — Warren Ellis and Leonardo Manco!

— So, you get two Bronze Age classics and a Warren Ellis tale. Not bad for eight bucks.

— I dig it when Marvel dips into the lower tiers (pun intended) for these anthologies. Of course, this makes sense what with Helstrom coming to Hulu this year.

— If you’re in the market for a Marvel Spotlight #12 Facsimile Edition — featuring Son of Satan’s first solo appearance — you’re in luck: Marvel published one in September. 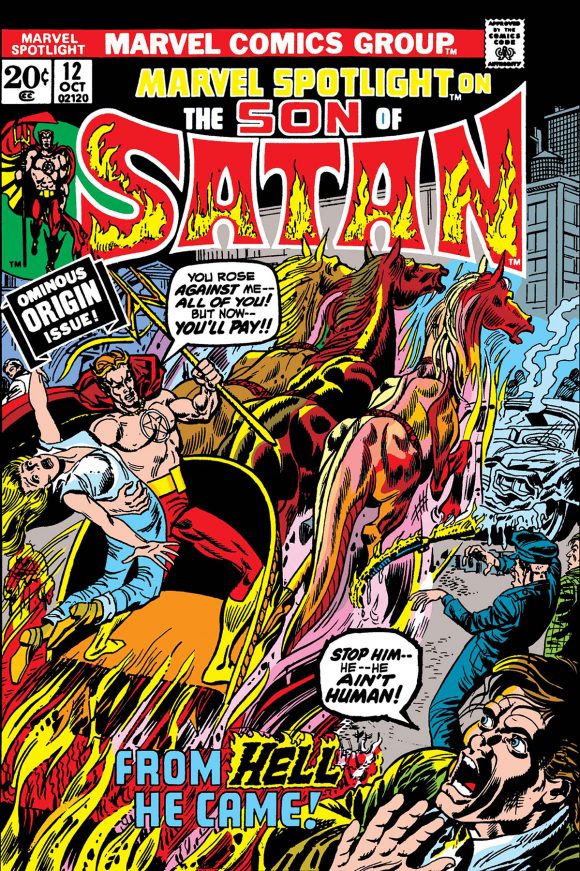