EXCLUSIVE: The Black Widow classic issue is to be reprinted in full… 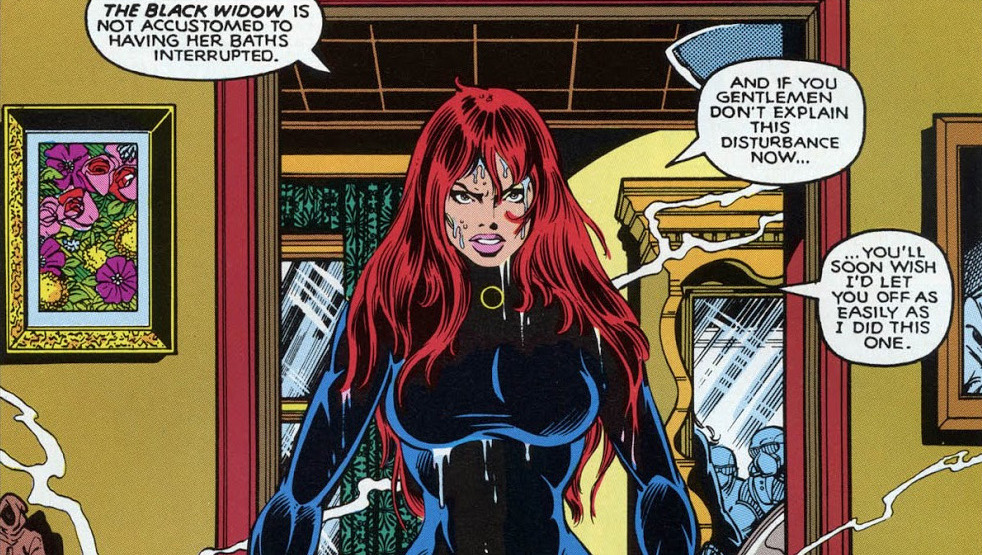 Hey, guess what: The next Marvel Cinematic Universe film is Black Widow, out May 1.

Hey, guess what again: Marvel in April will be reprinting the 1983’s Marvel Fanfare #10 as a full-on Facsimile Edition, featuring one of Black Widow’s most notable adventures — by George Perez, Ralph Macchio and Brett Breeding.

Dig the solicitation info, to be officially released soon by Marvel: 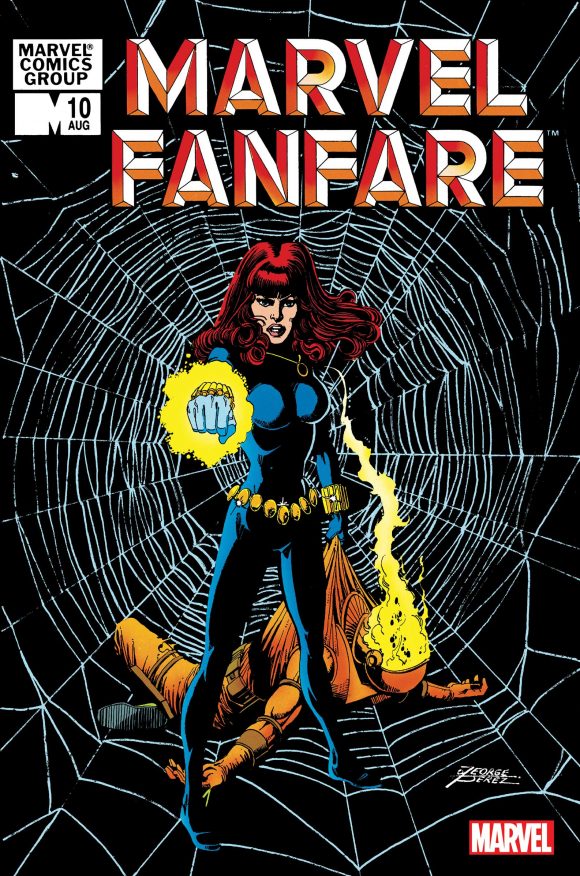 MARVEL FANFARE #10 FACSIMILE EDITION
Written by RALPH MACCHIO, GEORGE PÉREZ & MARY JO DUFFY
Penciled by GEORGE PÉREZ, BOB LAYTON, LUKE MCDONNELL & GIL KANE
Cover by GEORGE PÉREZ
Natasha Romanoff, the deadly Black Widow, showcases her highly particular set of skills as she is put to the test — by S.H.I.E.L.D. itself! As the Widow takes on an army of armored agents, Nick Fury recounts Natasha’s incredible life — from her origins as a Russian secret agent, to her change of heart and alliance with the Avengers! But all the while, Natasha is closing in on identifying the enemy — and soon, she will be targeting S.H.I.E.L.D. for answers! Featuring some of the most sensational Black Widow art ever seen, by the legendary George Pérez! Plus, A backup tale featuring Mowgli, star of The Jungle Book — adapted from a tale by none other than Rudyard Kipling! It’s one of the all–time great Marvel comic books, boldly re–presented in its original form, ads and all! Reprinting MARVEL FANFARE (1982) #10.

— Not only is Marvel Fanfare #10 getting a Facsimile Edition. April is Black Widow Month for the dollar True Believers line and we have an EXCLUSIVE list of titles for you. Click here to check ’em out.

— If you’re trying to parse all those credits, Macchio, Perez and inker Breeding produced the issue’s first chapter. The second chapter was written by Macchio, with pencils by Layton and McDonnell and inks by Breeding. The Mowgli story was adapted by the killer team of Mary Jo Duffy, Gil Kane and P. Craig Russell. The issue also features columns by Al Milgrom and Jim Shooter; a five-page art portfolio by Brent Anderson featuring the Thing, Captain America, Wolverine, Shang-Chi and Moon Knight; and a full-page Jungle Book illustration by Russell. Nice.

— An original copy will run you $5-15, so the price isn’t necessarily the selling point for this particular Fascimile Edition, which will be four or five bucks. But you can’t beat the condition and the convenience of getting a fan-fave issue like this on the stands.