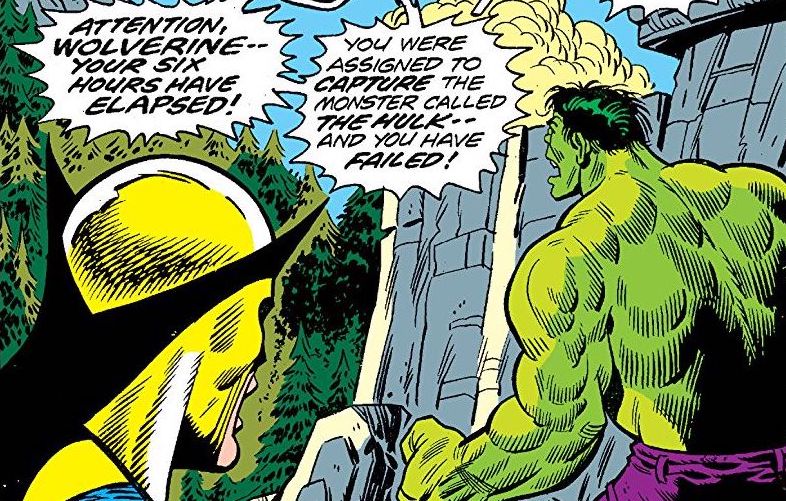 This is really interesting. Marvel has two Facsimile Editions coming in March: 1974’s The Incredible Hulk #182 and Thor #229 — two cool Bronze Age reprints in their own right.

But what’s fascinating is that each is more than it appears. See, Marvel has already published the Hulk #181 Facsimile Edition — featuring Wolverine’s landmark first full appearance. And in January, the House of Ideas will be releasing The Incredible Hulk #180 Facsimile Edition, featuring Wolverine’s final-page cameo leading into the next issue. (Click here for the details.)

But, the circle will be complete with the Hulk #182 and Thor #229 Facsimile Editions. Why? Well, Hulk #182 is pretty obvious: It deals with the aftermath of the previous two issues and Wolverine makes his third story appearance.

But Thor #229? That features the first advertisement revealing Wolverine and touting his appearance in Hulk #181.

Yes. One of the huge draws of Facsimile Editions is that they include all the original ads, letters and whatnot — and now Marvel is publishing an issue because of an historic advertisement.

That, folks, is commitment.

Dig the solicitation blurbs, which are scheduled to be officially released by Marvel on Dec. 19: 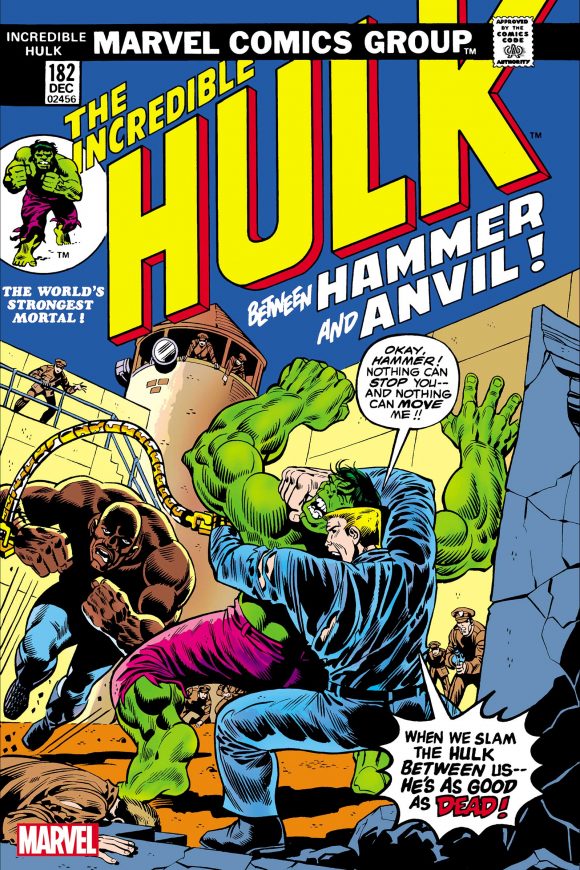 WRITTEN BY LEN WEIN
PENCILED BY HERB TRIMPE
COVER BY HERB TRIMPE
Completing one of the most famous Hulk sagas of all! The INCREDIBLE HULK #180-181 FACSIMILE EDITIONS reintroduced you to Wolverine, who joined the Hulk in a three-way tussle against the monstrous Wendigo! Now find out what happens next as Wolvie’s bosses take matters into their own hands! But the puny humans only succeed in making the Hulk even angrier — and set him on a collision course with the super-powered escaped convicts known as Hammer and Anvil! Prepare for a surprisingly touching chapter in the Hulk’s endless wandering, as the jade giant makes a friend…and learns the meaning of loss. It’s one of the all-time great Marvel comic books, boldly re-presented in its original form, ads and all!
Reprinting INCREDIBLE HULK (1968) #182. 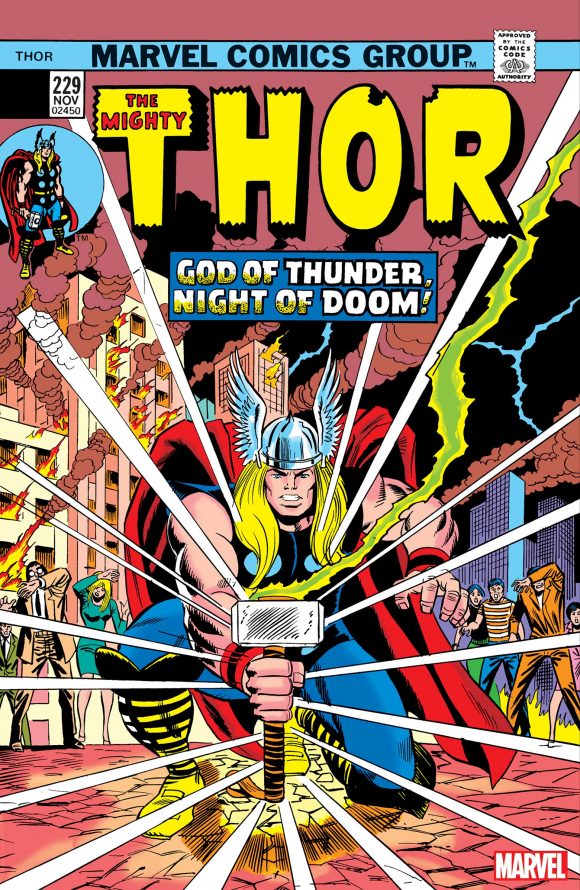 WRITTEN BY GERRY CONWAY
PENCILED BY RICH BUCKLER
COVER BY RON WILSON
The mighty Thor and his staunch ally Hercules face a demonic threat like no other! As a string of strange deaths confound the police, the Asgardian and the Olympian join the investigation. The victims all referred to an enigmatic “he” with their final words — but what dread threat could they mean? As a shadowy menace presents himself, one deadly enough to devastate even the Prince of Power, the mystery only deepens — but who… or what…is he who dwells in darkness? Prepare to know terror in the haunting debut of one of the Marvel Universe’s most terrifying Fear Lords! It’s one of the all-time great Marvel comic books, boldly re-presented in its original form, ads and all — including the ad that gave readers a glimpse at Wolverine before his first appearance! Reprinting THOR (1966) #229. 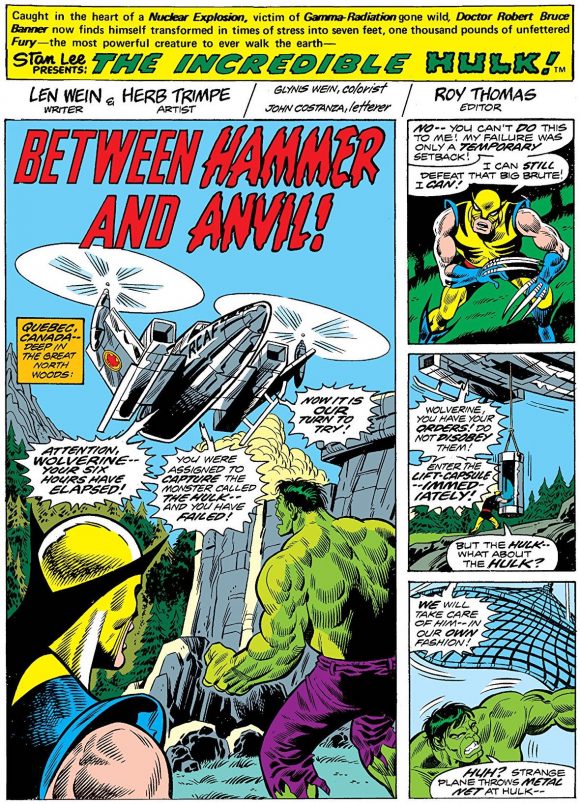 — So taking it from the top: By March, you will be able to collect the complete, three-issue Hulk run that introduced Wolverine, as well as the ad in Thor that revealed him to the world. That is fundamentally cool and I’d love to see more of this sort of thing down the line on the Facsimile Edition front — from any publisher.

— Does this mean we might also get a Hulk #184 Facsimile Edition? Because I’m pretty sure that has the letter column that dealt with Hulk #181 — giving you the of-the-moment reaction to Wolverine’s first appearance. Hey, if Marvel’s willing to reprint an issue just for an ad, why not a letters column? Because that would be damn groovy.

— Don’t forget: In February, there are two more Wolverine Facsimile Editions coming: Chris Claremont and Frank Miller’s 1982 Wolverine #1 and Claremont and John Buscema’s 1988 Wolverine #1. Plus, a Marvel Tales anthology of Wolverine stories. (Click here for all the fancy details.) And in January, 1989’s classic Wolverine #10 will be re-released — in 3D. (Click here.) 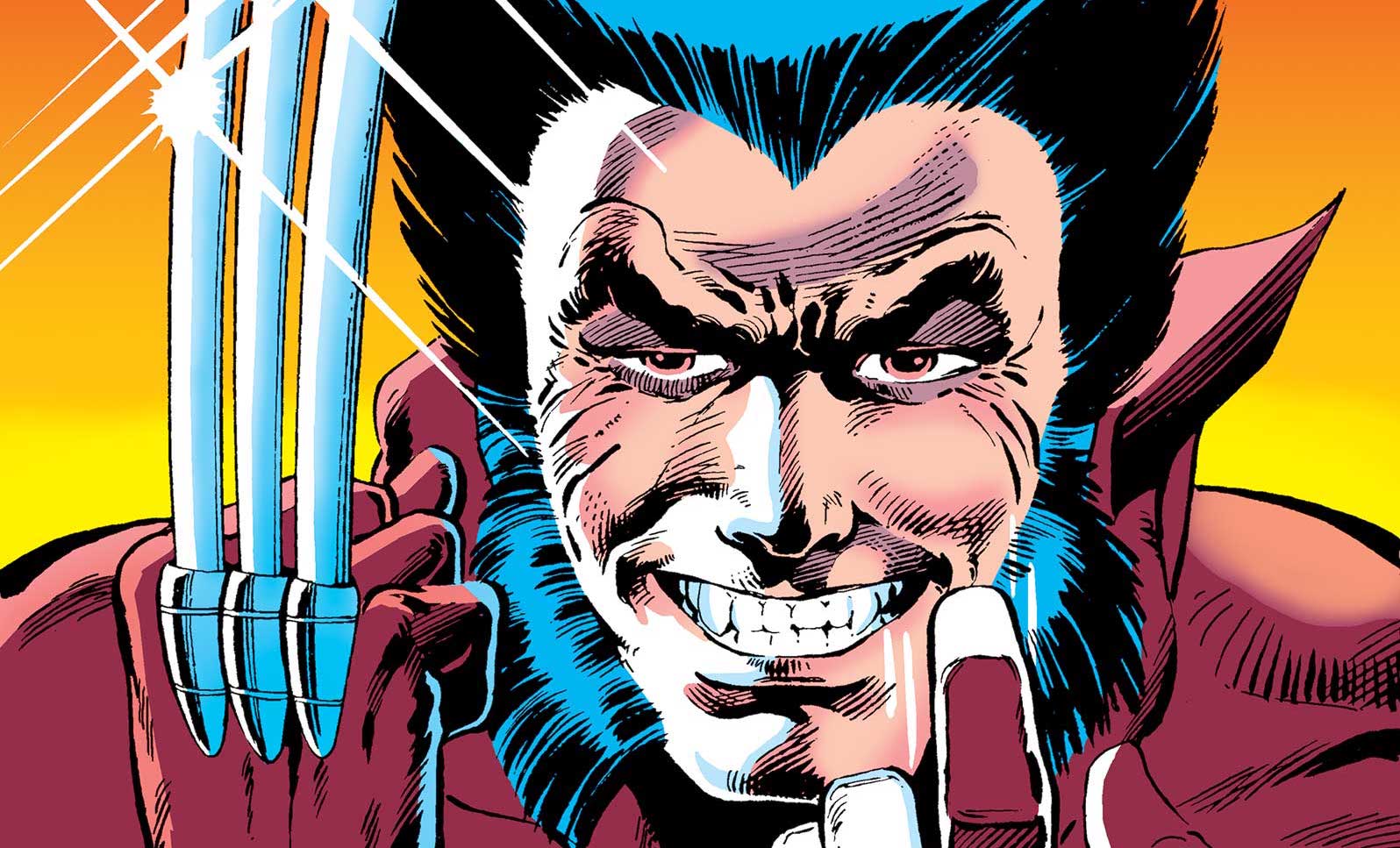 — Why is Wolverine getting all this attention on the reprint front? He returns to solo action with a new ongoing in February, by Benjamin Percy, Adam Kubert and Viktor Bogdanovic.

— Requisite price comparison: Marvel didn’t give us the prices for these two Facsimile Editions, but regular-size issues are usually $3.99. An original, unslabbed mid-to-high grade Hulk #182 recently sold on eBay for about $250. An unslabbed, high-grade Thor #229, meanwhile, went for $89.

— Wolverine aside, that Thor cover by Ron Wilson is one of the best of the era, no?