I know it’s not TREK TUESDAY, but I couldn’t wait another five days to post this. Opening this summer in New York City is Star Trek: The Starfleet Academy Experience, a full-blown, hands-on, 12,000-square-foot exhibition that simulates the technology of Star Trek, filled with interactive displays and props from throughout the franchise’s 50-year journey. (There’s even a Galileo shuttlecraft!)

And we have a SNEAK PEEK for you!

It’s a terrific multimedia production that’s making its U.S. debut at the Intrepid Museum on Manhattan’s West Side. 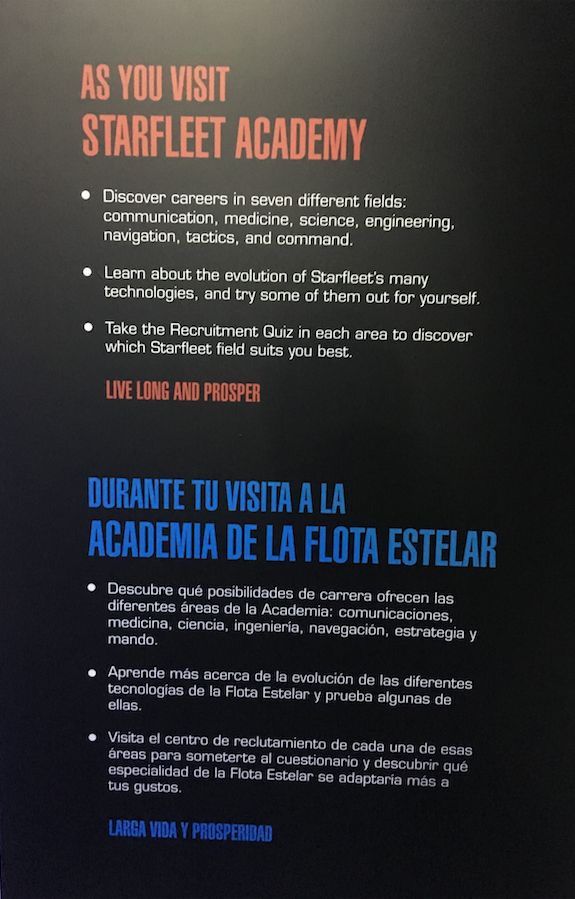 The exhibit is set up to simulate Starfleet Academy’s Career Day for cadets. The conceit is that it’s the 26th Century, so you get to see examples of tech and memorabilia from all iterations of Trek like they’re a part of history. (Which, of course, they are.)

There are medical stations, a transporter room, gadgets, weapons, interactive tests to determine your potential career path, even a replica of the Enterprise-D bridge — where you can sit at a computer screen and take the Kobayashi Maru test. (SPOILER: It’s a no-win scenario.)

In the meantime, we recruited our own cadet to test his mettle at the Academy — and if he makes it, he’ll be welcomed into the freshman class by a special alumni guest … 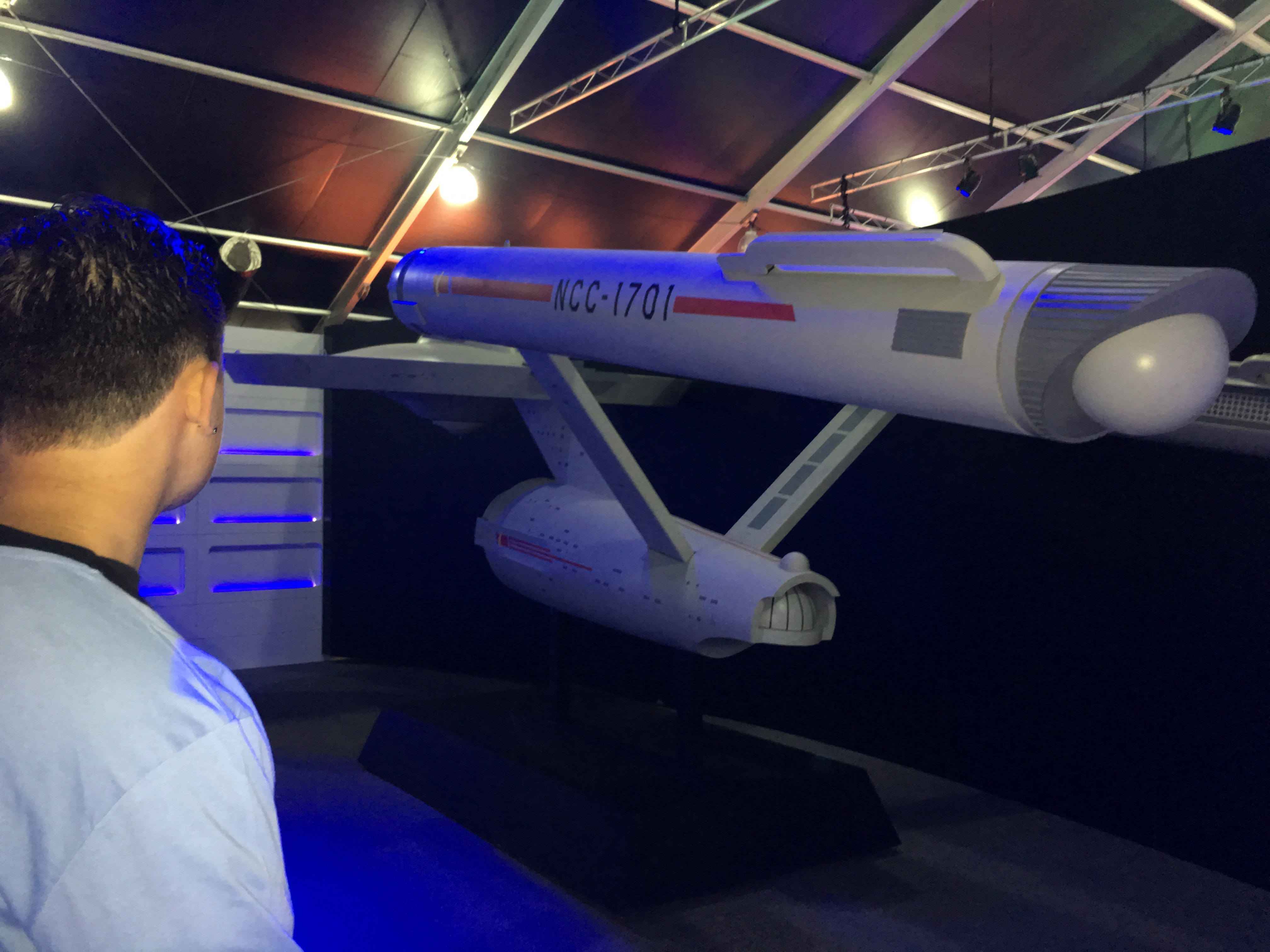 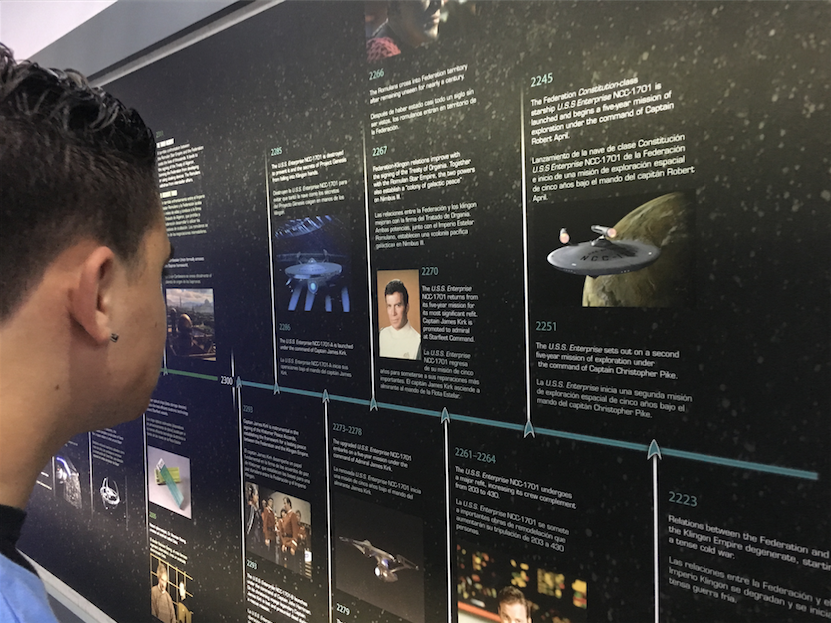 Dammit, Jim, he’s only a cadet! 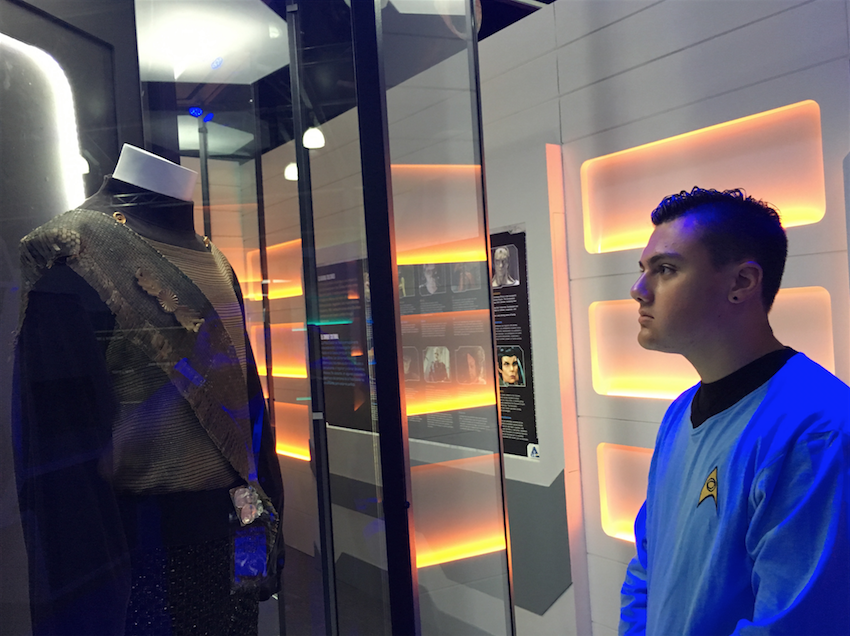 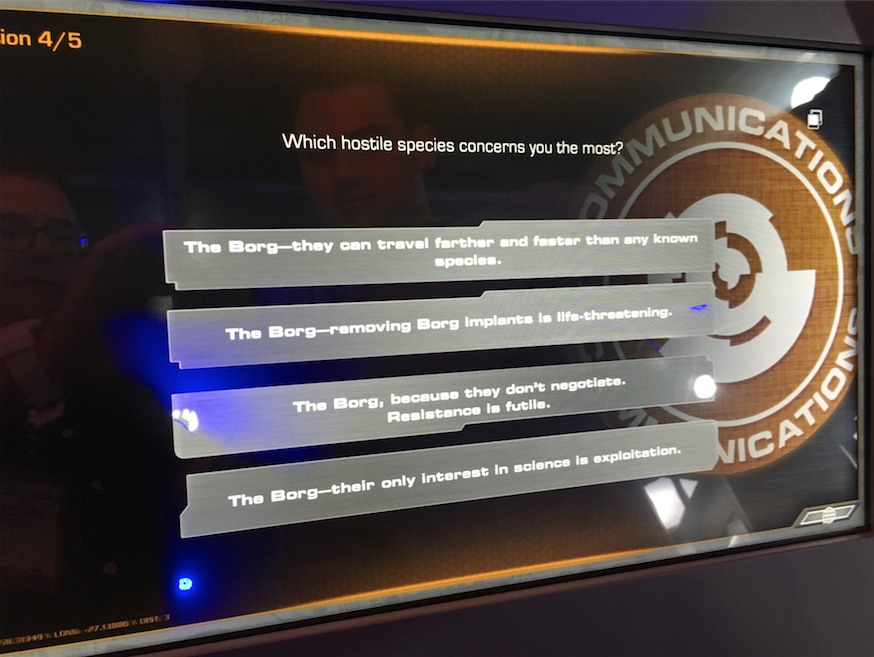 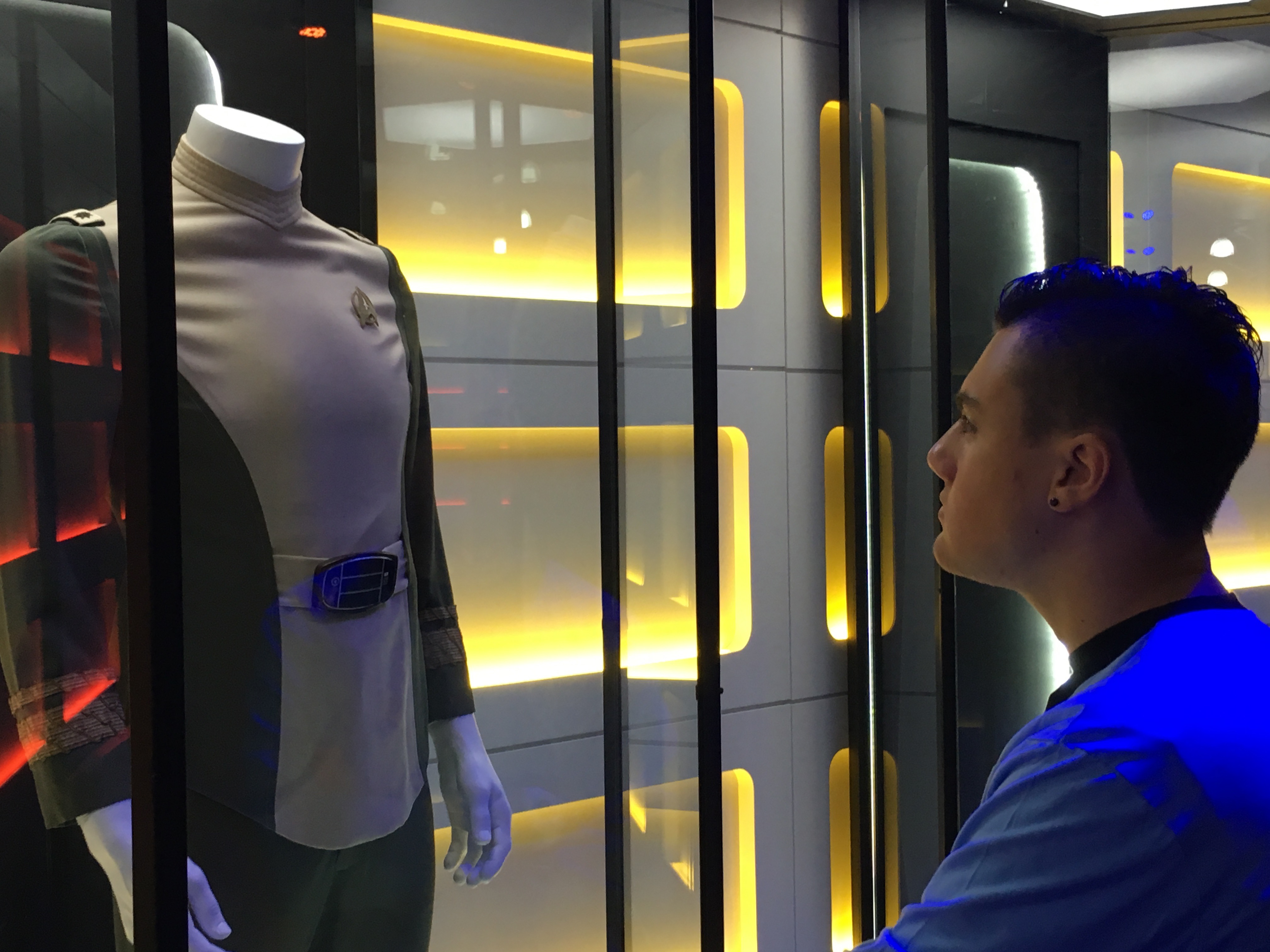 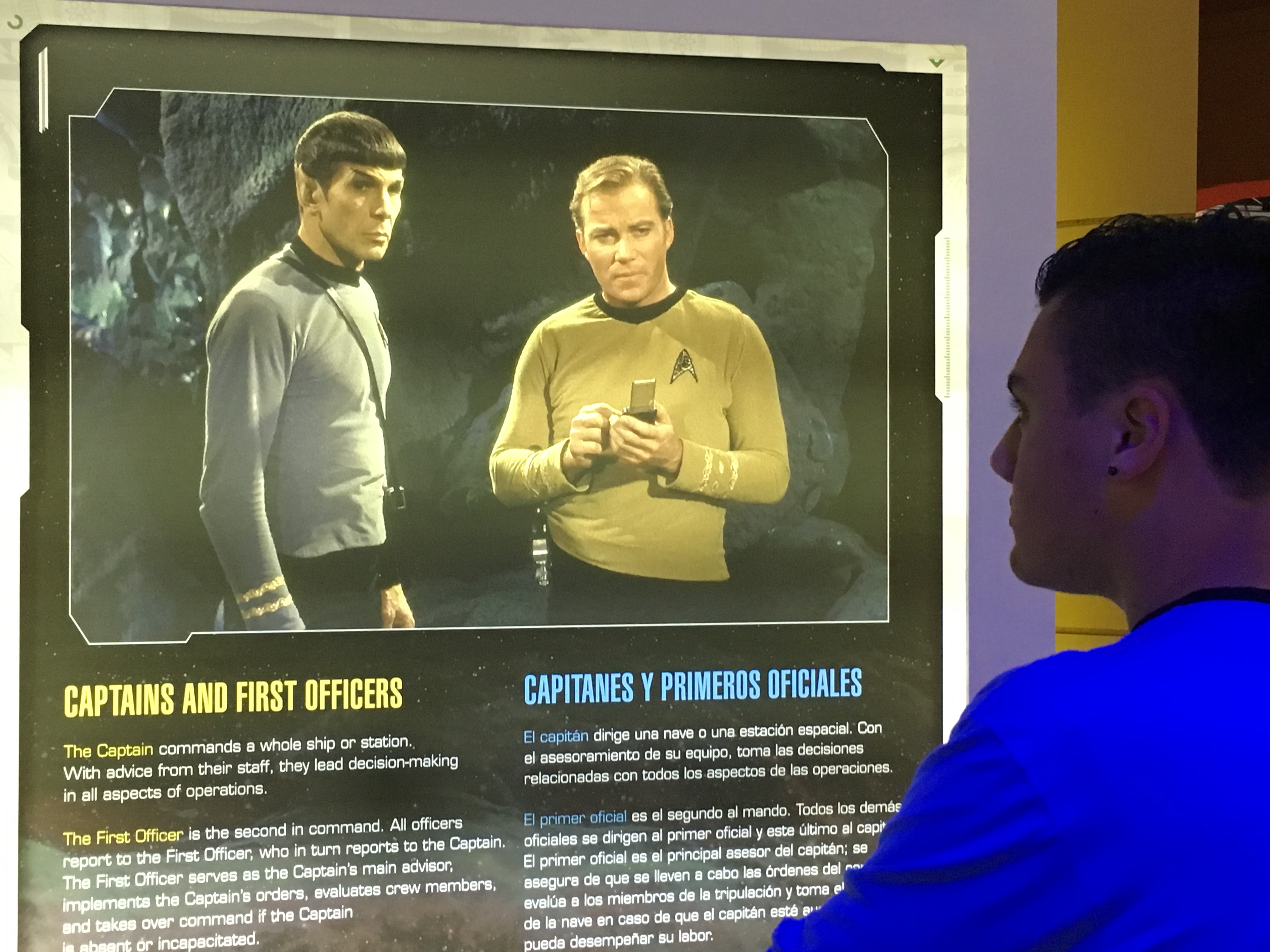 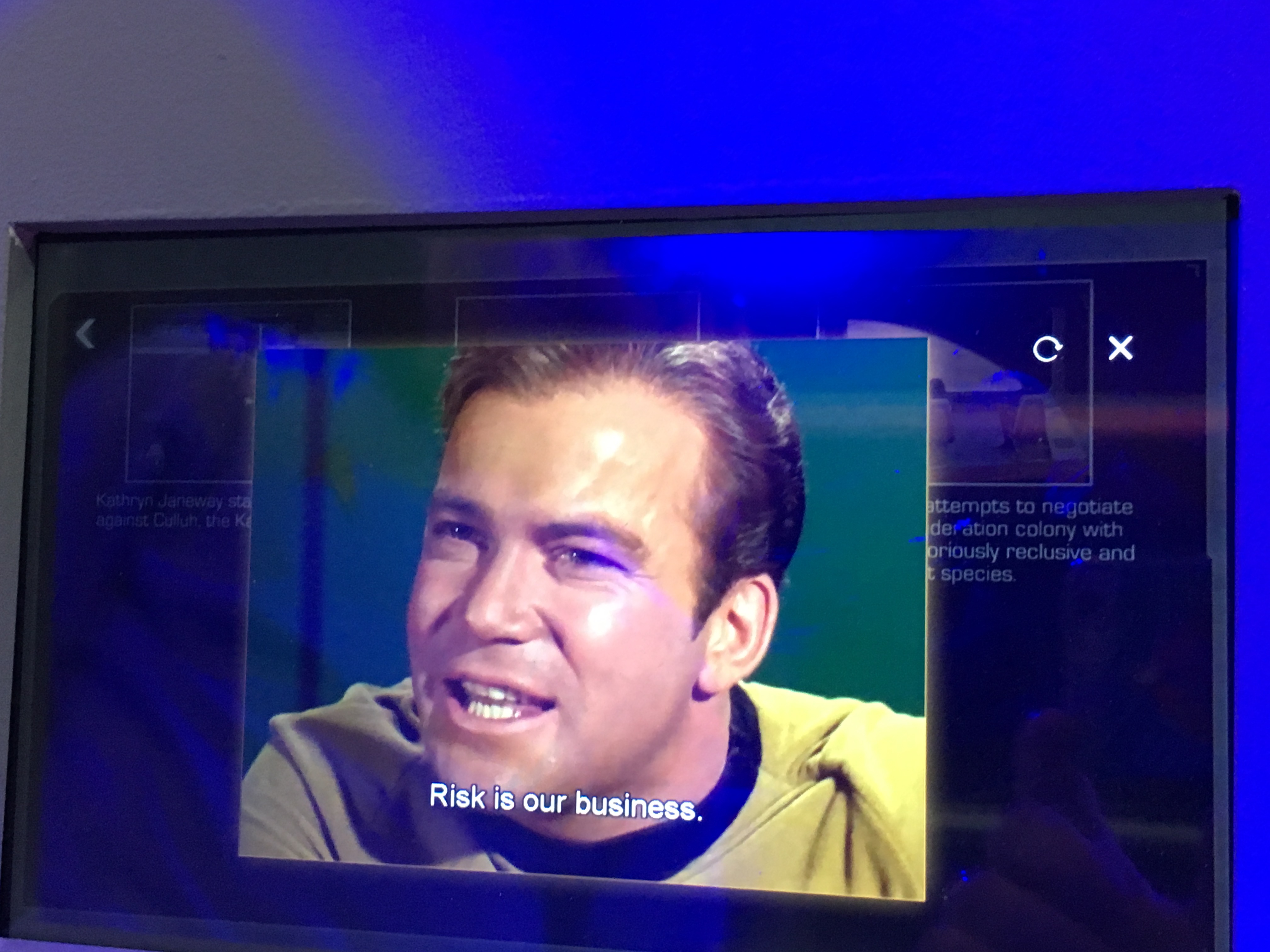 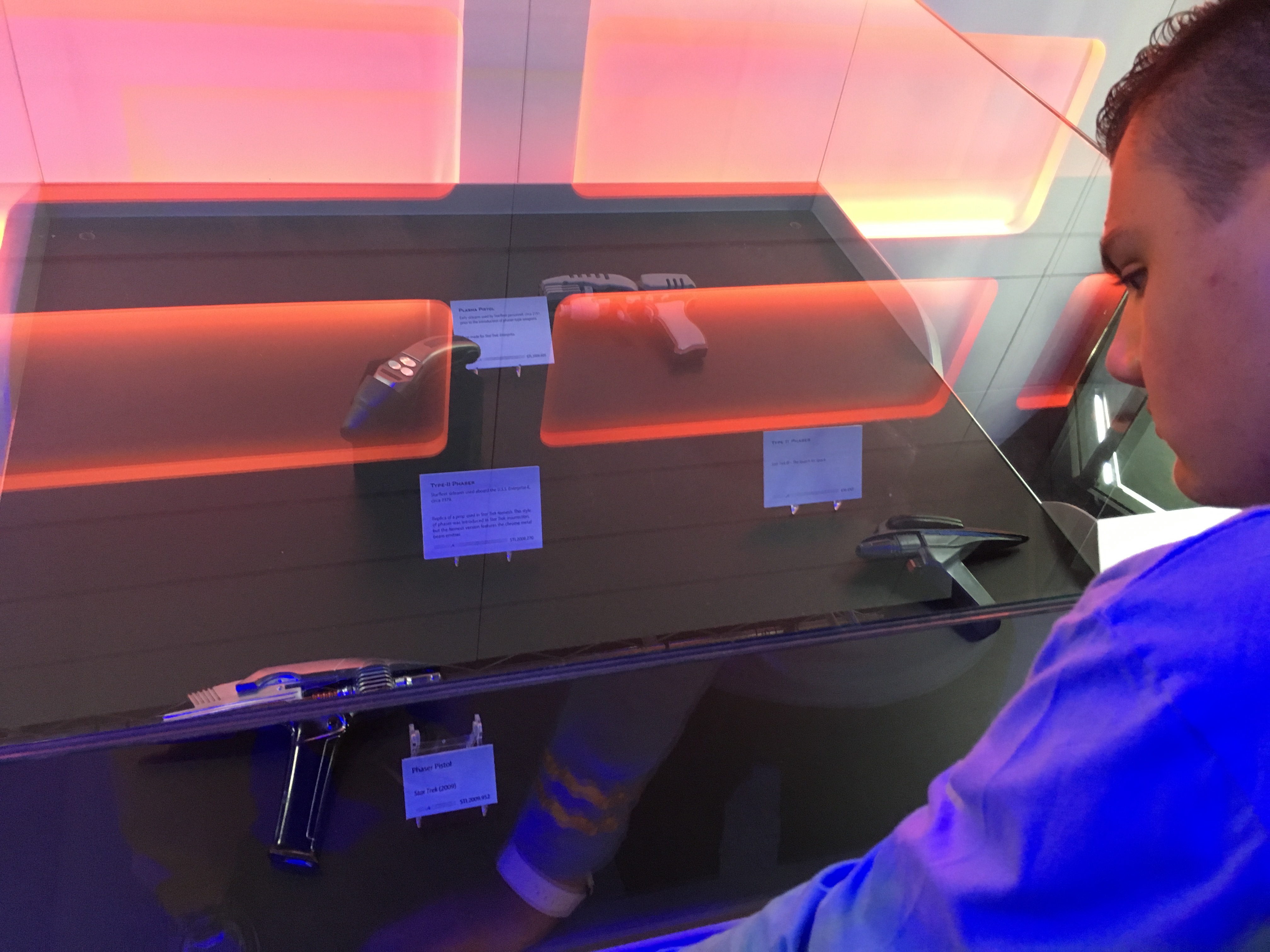 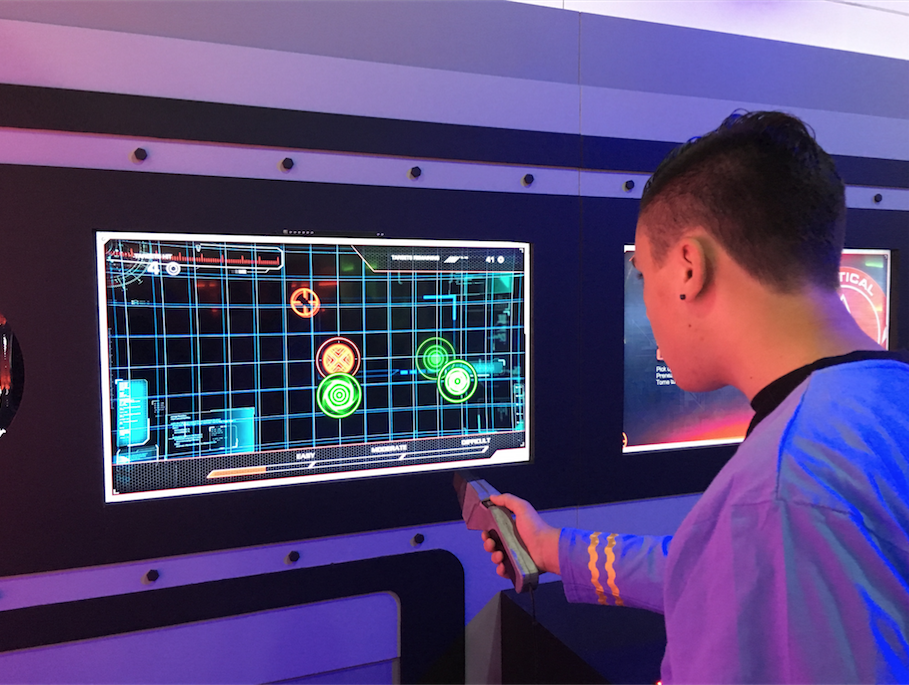 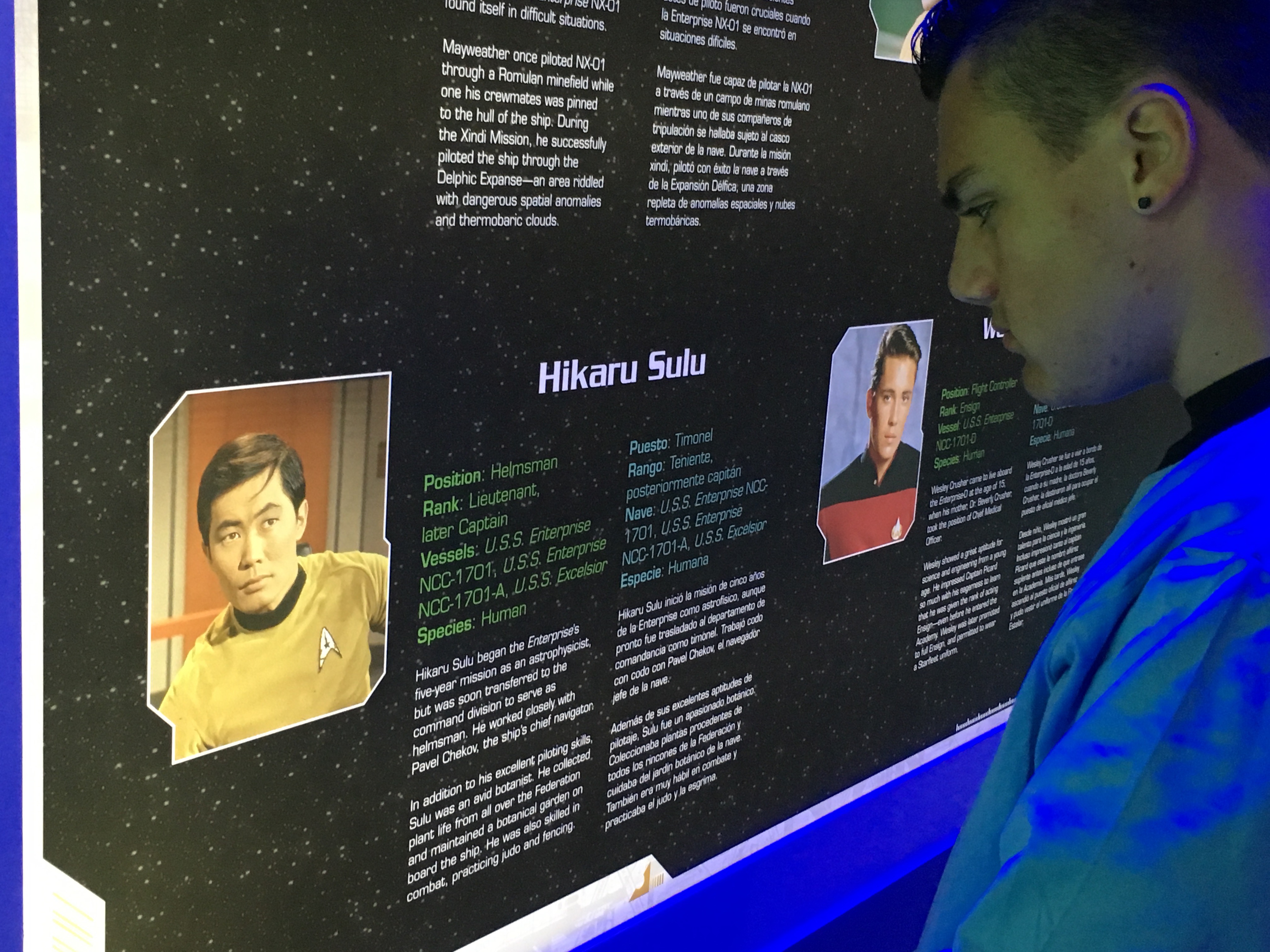 Hmm, a career as a helmsman …? 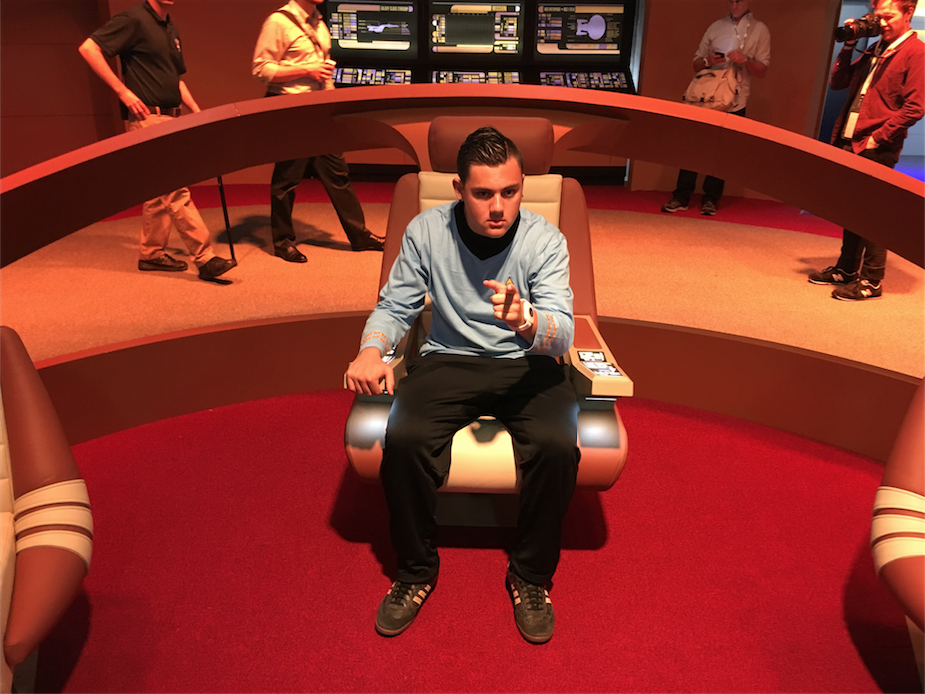 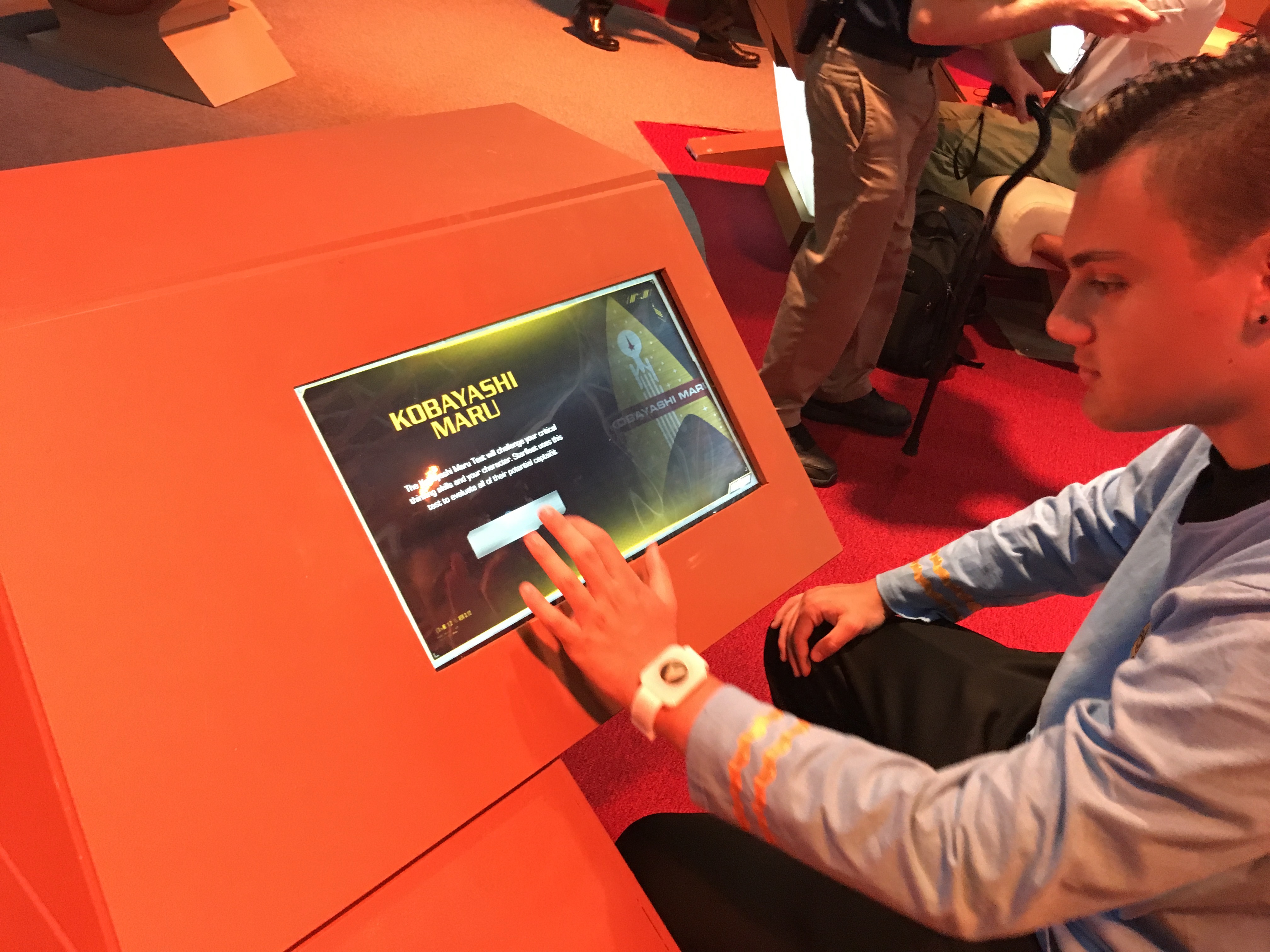 He doesn’t believe in no-win scenarios … 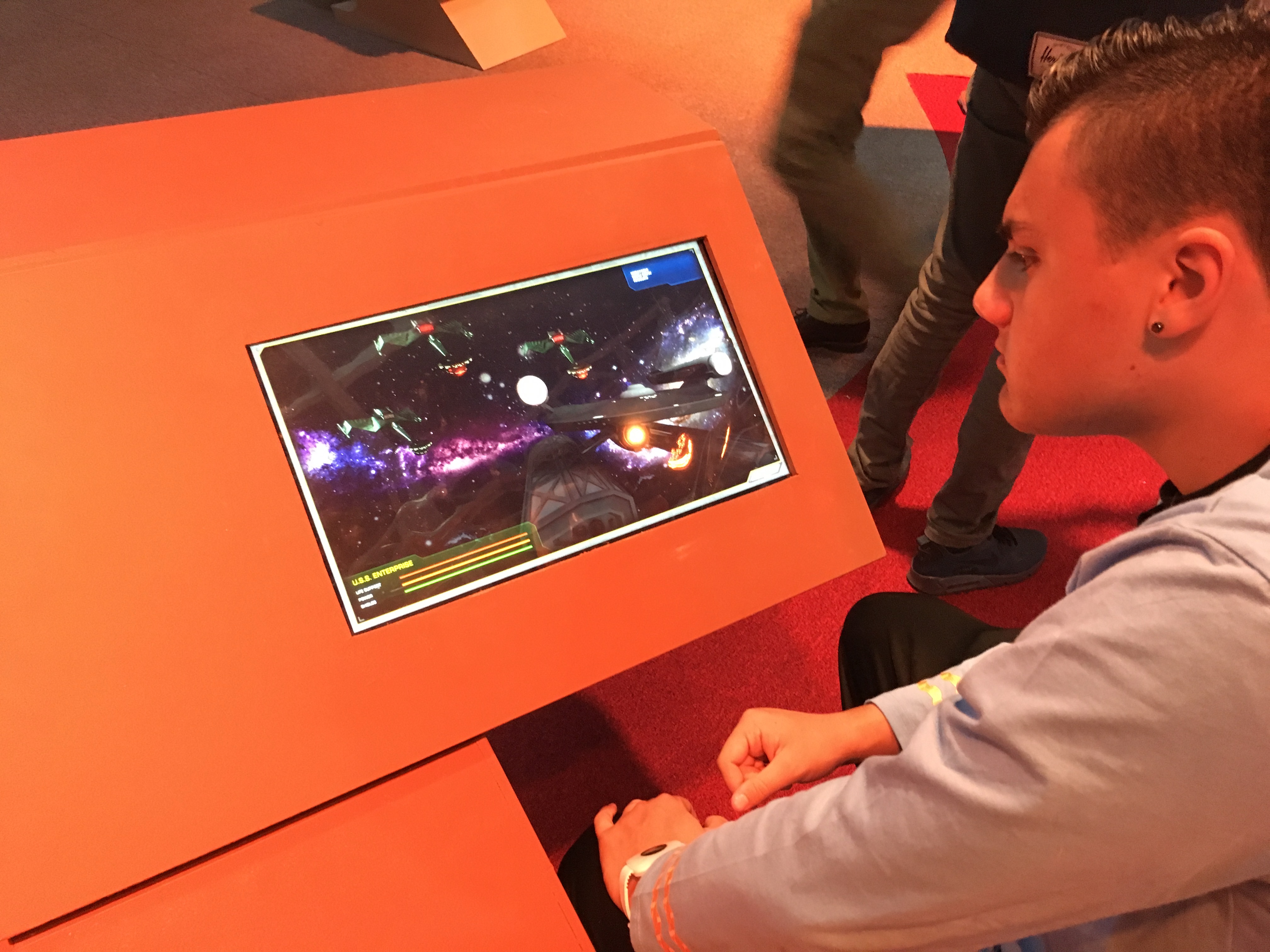 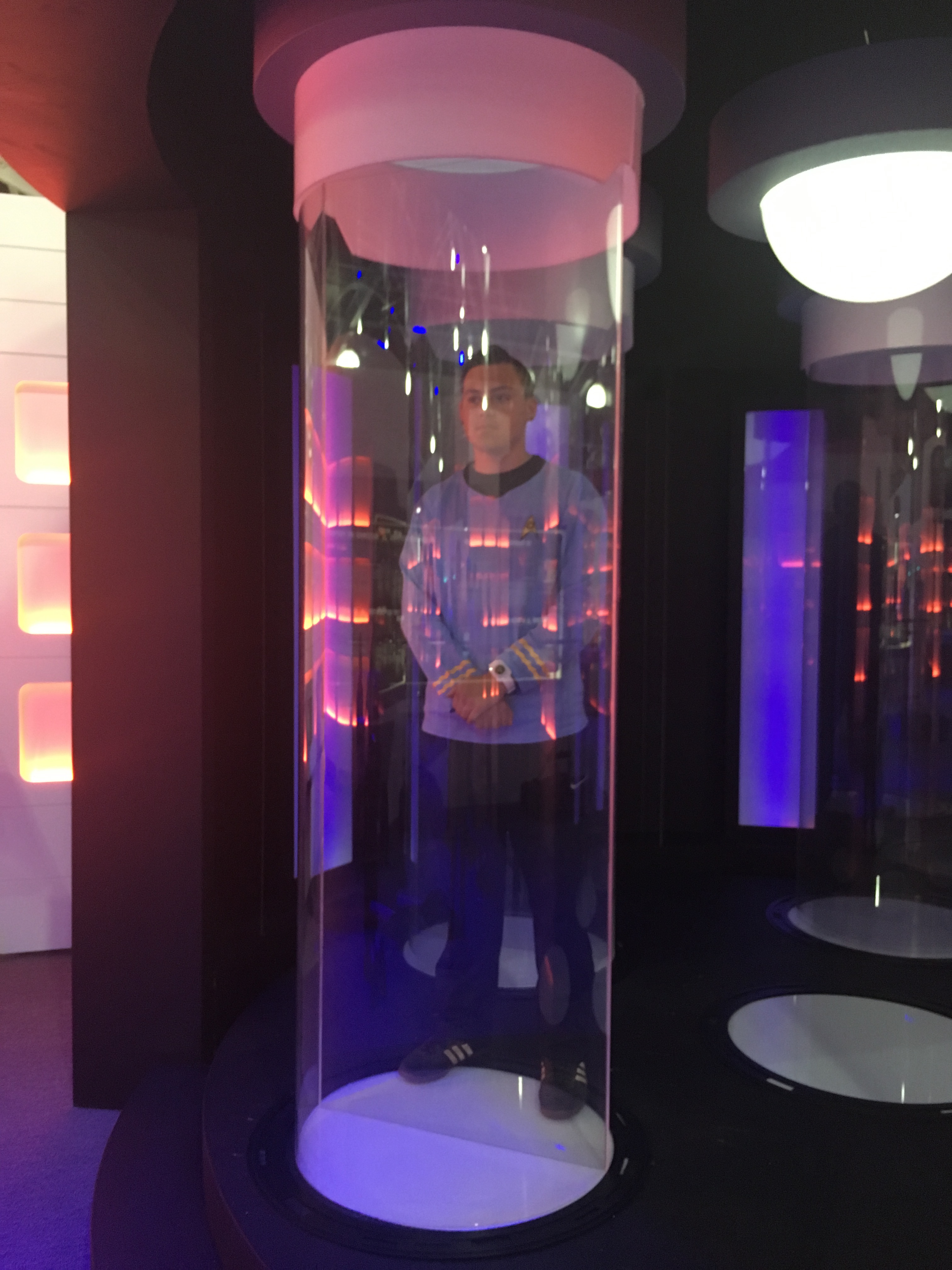 Beaming down for a mission … … before Mr. Sulu himself welcomes our cadet to the Academy. Oh, my!