Si Spurrier brings us Day 6 of his 13 Days of Myth-mas — a look at his favorite myths and monsters from across the world, many of which will be found in his new series from Image Comics in January, Cry Havoc.

Now, on the Sixth Day of Myth-mas, Si Spurrier gives to us … THE BLACK HOUND … 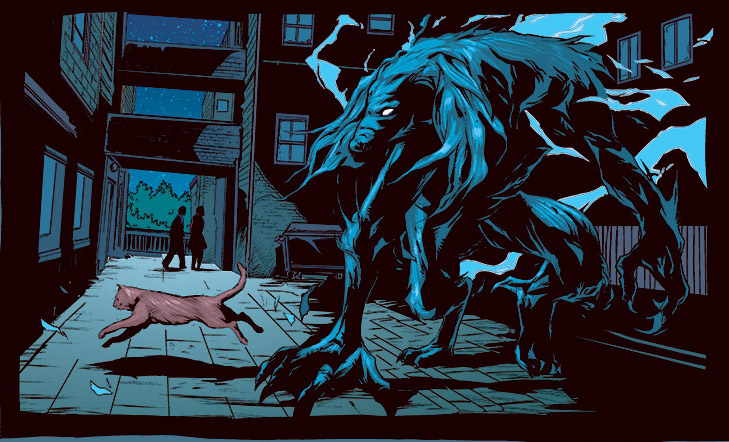 This is actually the creature most deeply enmeshed with the story of Cry Havoc: the loric hero of the piece, if you will, and a source of splendid symbolism. And violence.

There’s a huuuuge canon of myths and folk-tales, from all across the British Isles (and Europe), about spectral shaggy monstrosities haunting roads and remote places. They’re usually recorded (and depicted) as whacking great hounds, though it’s worth saying for the sake of completeness that this kind of bogey-beast is usually regarded as a shape shifter, and often tend towards horsey forms too: from the Hedley Kow of Northumberland to the Kelpie of the Lochs, via the creepy-as-fuck Shag-foals of Northamptonshire (as memorably described by John Clare in 1821). So possibly “The black horsedonkeydemondog” might be the better title for this part of the article.

Of the more prototypical Spectral Hounds, the best known is probably the East Anglian “Black Shuck”, but even the most courageous attempt to taxonomise these creatures into categories never quite convinces. For me, in amongst the shifting continuum of inter-derived words – pwc, puck, shuck, shock, shag, shough – I like to think there lies an amorphous denominator: the ubiquitous shaggy beast with glittering eyes we imagine just outside the fire’s glow. And, more symbolically, the inner monster, which might be lurking secretly inside literally anyone around you.

My favourite take on the archetype – and the one which features in Cry Havoc – relates to the infamous Newgate Gaol in London (now the sight of the Old Bailey law courts), which was remembered by 18th Century writer Henry Fielding as a “prototype of hell”. Having held famous prisoners ranging from Giacomo Casanova to William Penn (he of “~sylvania”), it was London’s official place of public execution after the Tyburn gallows were decommissioned. You’d expect a lot of ghosts in a place like this, but there’s one particularly gruesome one that sticks out. 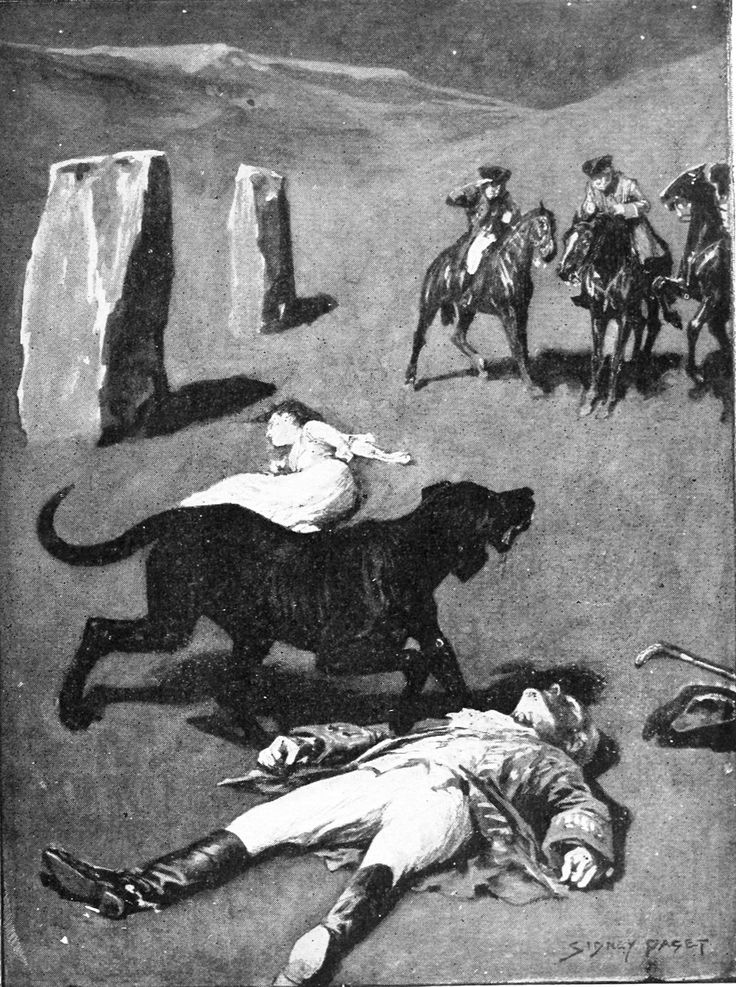 Newgate has its very own hellhound.

A 17th century booklet, written by a convicted highwayman named Luke Hutton during his (terminal) stay in Newgate, proposes an origin for the myth which has haunted it for centuries: a ghastly black dog, slinking and slobbering, attending those doomed to die.

According to Hutton’s book, a scholar was imprisoned in Newgate in 1596 for witchcraft, but was killed and eaten by his starving cell-mates before his trial. The unfortunate wizard was even “deemed passing good meate”. The dog appeared soon after, and although the guilty cannibals managed to escape the gaol, the hound pursued them wherever they went, ultimately exacting its bloody (or in some accounts, purely psychological) revenge.

Moral of the story: don’t, um… don’t eat the flesh of a convicted sorcerer.

Interesting follow-up fact: despite the English speaking world’s fondness for depicting these sort of monsters as mastiffs, pinschers and rottweilers, usually with blazing red eyes, similar myths from mainland Europe often award the visual role to the giant poodle.

NEXT: THE ANGELS OF MONS.