Si Spurrier is back with Day 3 of Myth-mas, taking us through his favorite myths and monsters from across the world, many of whom will be found in the pages of his new series from Image Comics out in January, Cry Havoc.

Today, on the Third Day of Myth-mas, Si Spurrier gives to us … a SLEIPNIR, who is far less terrifying, although with origins that are pretty damn unsettling … 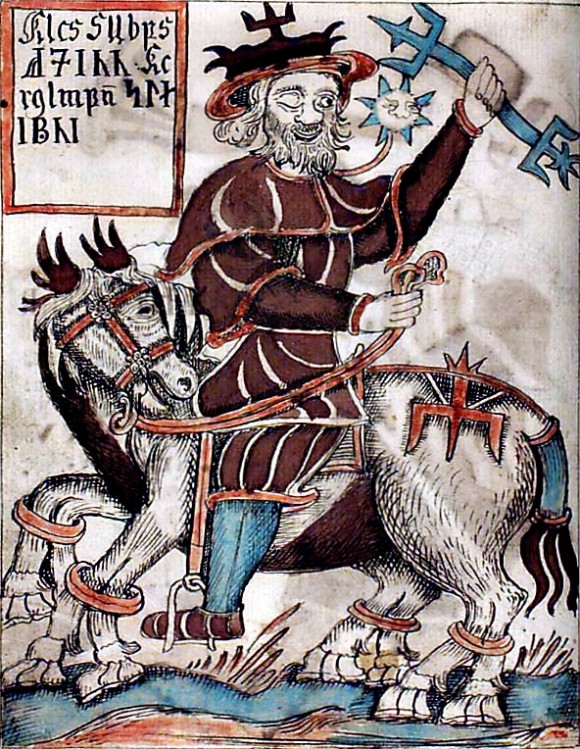 It’s often a surprise to me how many people base their entire view of Norse mythology on the significantly expurgated (if not outright sterilised) version which appears in Marvel’s Thor. Not that there’s anything remotely wrong with that character and his backstory – this too is a beautiful form of the evolution of myth, and is nothing less than the magical metamorphosis of one archetype (the warrior god) into another (the superhero); a process by which he clings to relevance. All the same, it’s a shame not to delve a little deeper into the source material – the Eddas and sagas written by people for whom Thor, Odin, Loki and all the rest weren’t just cool stories but articles of faith – because those tales are literally dripping with gore, sex, batshit insane action and mindblowing horror which I strongly doubt would ever make it into a house-of-ideas comic.

Sleipnir’s a cool case in point. Odin’s eight-legged horse – the finest and fastest steed in the world – is pretty well-known. Less well known, perhaps, is this redoubtable beast’s unusual parentage.

The story goes that – way back in the mists of time – the gods made a deal with a great builder. He would construct for them an unrivalled palace… and he’d try to do it within three seasons. If he managed it that fast, which seemed basically impossible, then the gods must give him the sun, the moon, aaaand the Goddess Freyja. One slightly gets the impression from the text that the first two items weren’t considered too big of a deal, but the last one? Nobody puts Freyja in the corner. 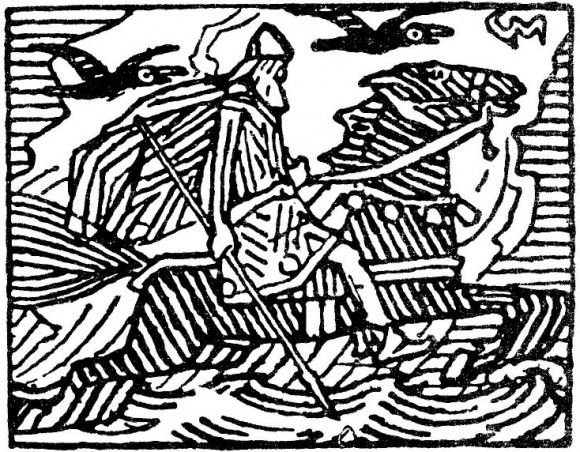 Alas, pretty soon it became clear the builder was going to get the job done in time, mostly because he was being helped by his horse Svaðilfari: a super-strong magical stallion. Starting to get a bit fidgety, the gods decided the whole thing was Loki’s fault (this happens a lot in the sagas) – since it was his idea to let the builder use a horse – and demanded he do something about it.

Loki’s solution was to transform himself into an animal (this also happens a lot in the sagas). In the event he chose to turn himself into, well. A mare. A totally sexy on-heat mare, in fact. Such an irresistible mare, actually, that lusty old Svaðilfari couldn’t concentrate on his work and went galloping off into the forest – with said mare – to prance and frolic and, well… Y’know. Leaving the master builder unable to finish the palace in time.

The kicker is that while Loki was off performing his, ugh, duty – neigh! neigh! – in the forest, the other gods discovered the “master builder” was actually a giant in disguise, meaning the whole deal was invalid anyway, and sent Thor to twat his head off.

This happens in pretty much all the sagas.

Anyway: months later Loki gives birth to an eight-legged foal, which grew up to be the magnificent Sleipnir we all know and love. Or used to love, before we collectively tried to imagine what the labour must’ve been like.

Remember this story next time you swoon at Tom Hiddleston.

NEXT: THE LITTLE PEOPLE.