Celebrating his new series Cry Havoc, Si Spurrier is bringing us 13 Days of Myth-mas, exploring his favorite myths, folklore and monsters from across the world and throughout the centuries.  Here is Day 2.

On the first day of Myth-mas, Si Spurrier brought us the Zombie.  Today, he turns to the lesser known, but equally terrifying Penanggalan. 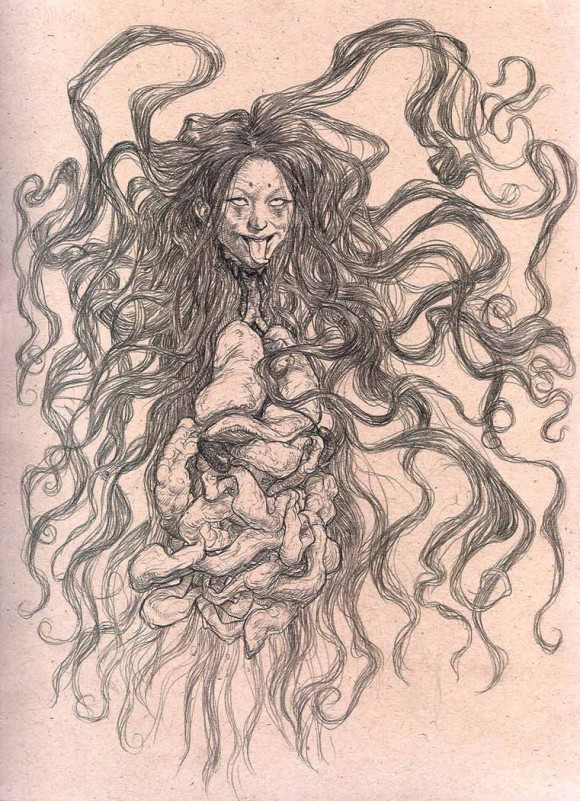 Art by Kurt Komoda, which can be found at http://kurt-komoda.blogspot.com/2010/04/penanggalan.html

In Europe and the West the prototypical “predatory person” myth has crystallised in the form of the vampire. One could write endlessly about the various sub-species of crucifix-dodgers that have emerged in art and fiction, and – actually – I think it’s fascinating how closely the ubiquitous Vamp has become enmeshed with notions of wealth, aristocracy and class.

But that’s all for another day, because no matter how diabolical their schemes, how ludicrous their accents or how fruity their haircuts, European Vampires are seriously outclassed by the horribleness and creativity of analogous monsters from elsewhere in the world. The “Adze” – which features in Cry Havoc – is just one such example: a bloodsucker from Africa who can transform into a cloud of demonic firelies. But of all the splendid vampiric batshittery of the world, I think that Malaysia in general, and the horrifying Penanggalan in particular, takes the blood-soaked biscuit.

Starting out as a wicked woman (often a midwife) who breaks a sorcerous pact or is otherwise cursed, this ravenous critter takes the form of a disembodied head, detaching from the owner’s body at night. Not just a head though, oh no, that’s rookie shit: this beastie brings with it a spinal cord and its entire quotient of guts, viscera and intestines, which dangle and droop beneath it like the poisonous fronds of a jellyfish. And all whilst flying around, slithering on its vertebral tail and – seriously – glittering. Stick that in your pipe and smoke it, Twilight.

The Penanggalan is particularly fond of the flesh of pregnant women and newborn babies, and takes a particular relish in wriggling up through the floorboards whilst a new mother is in labour, and snacking on the birth-blood and placenta. 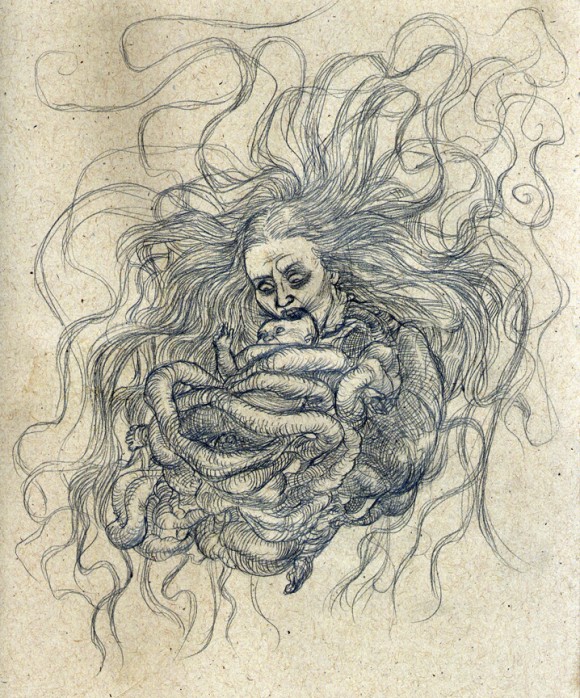 Luckily for those of us who just got an involuntary spasm in our sphincters at the very thought of a toxic aerial gut-tentacled babygobbler, the penanggalan can always be detected when in normal human form because she smells – I’m not making this up – like vinegar. Why? Well, that’s obvious: at the end of a long night of dedicated afterbirth-consumption the poor monster’s guts are too swollen to fit back down the neck-stump of its body, so it’s forced to bathe in vinegar for a little while just to make everything shrink back down again. Sexy.

Oh, and one last delightful detail: the Penanggalan’s greatest weakness? Thornbushes. Because you really don’t want to get your skirts caught on a thistle when they’re made out of your own pulpy blood-filled tubular bowels.

Cry Havoc is out in January from Image Comics.